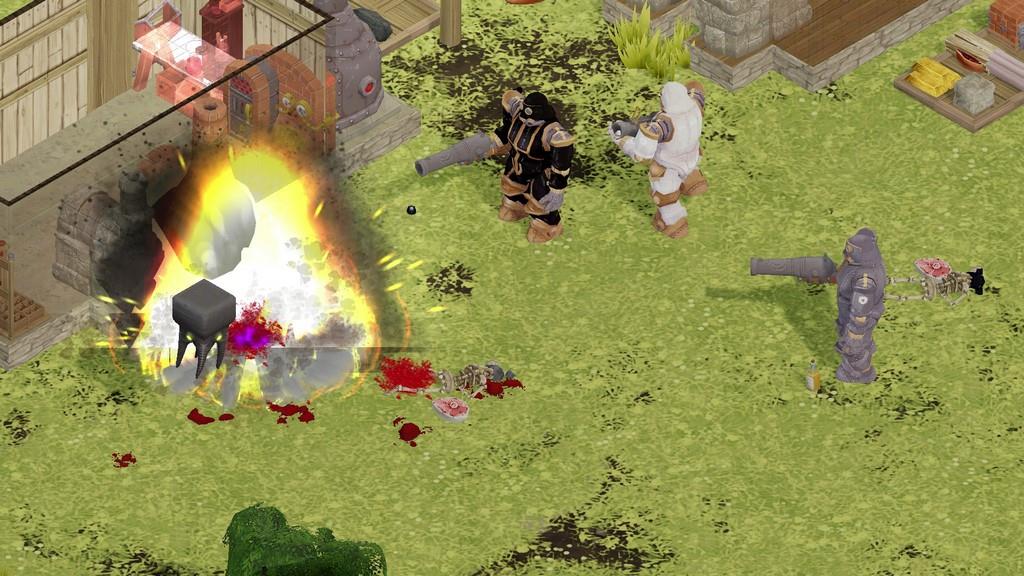 Written by Sean Colleli on 12/2/2016 for PC
More On: Clockwork Empires

The simulation genre is overflowing with empire building games. From established critically-acclaimed series like Sid Meier’s Civilization, to smaller casual-friendly titles like A Kingdom of Keflings, there is no shortage of sims that challenges players to eke out a new community in a hostile landscape. Naturally the Victorian era dovetails nicely with these themes, but surprisingly many of the Victorian empire building sims are fairly historically accurate.

Gaslamp Games’ Clockwork Empires has been in Steam early access for years now and has promised something a bit more…fantastical. As you can glean from the title, the game purports to have a steampunk aesthetic—that is, high technology by way of Victorian steam and cog-powered machinery. This also allows for other fantasy elements, specifically gothic horror, with a distinct Lovecraftian influence. After slogging through a number of classic sims that were too serious for their own good, I jumped at the chance to try out Clockwork Empires. Unfortunately, the game doesn’t exactly deliver on its lofty promises, and brings a bundle of technical problems along for the ride.

Clockwork Empires starts out like dozens of other exploration sims. It presents you with a procedurally generated map and allows you to pick where to make landfall, but many of the locations are initially disallowed due to harsh weather conditions. The beginner spots are balmy and relatively rich in resources, and once you’ve made your selection a gaggle of settlers and their supplies will parachute in to start work. So far, so good; time to roll up your sleeves and tame the wilderness, right? 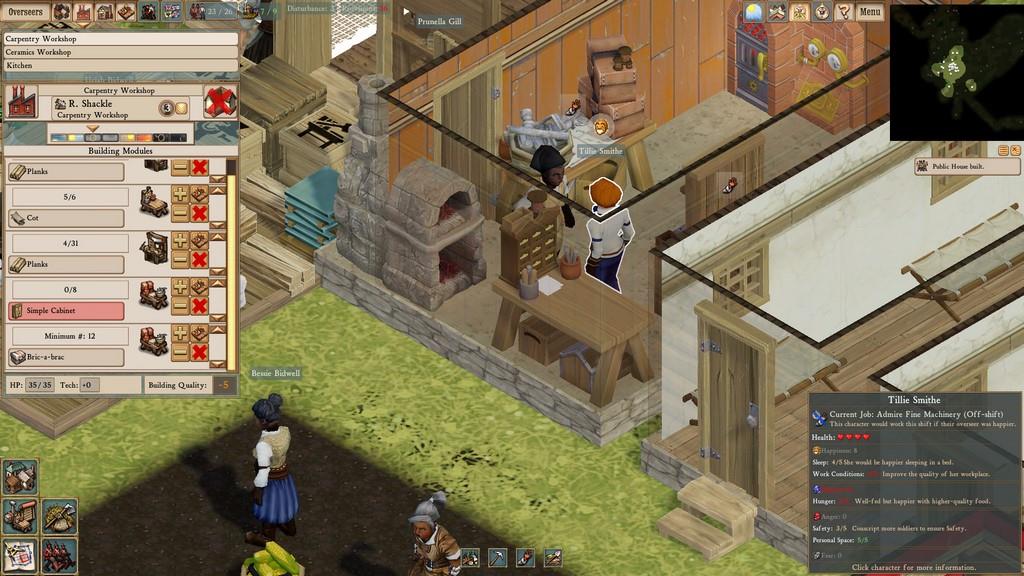 Well, that’s easier said than done. The game offers some basic tutorial messages but they’re off to the side and kind of assume that you’ll figure complex tasks out for yourself. The first order of business is to assign laborers to the handful of supervisors and then give the laborers jobs. Pretty simple at first, because your first job is to clear the land and set up buildings, but then you realize that you cannot prioritize which jobs the laborers do. This means that the only way to get one task done first is to delete any other task you’ve assigned a specific supervisors and his/her laborers.

Then you’ll run head-first into what could have been one of the game’s standout features. Each colonist, be they a supervisor, mayor or lowly wood-chopper, has their own unique moods, likes and dislikes. This is pretty cool from a basic micromanage perspective but in practice it means that you will have a bunch of pissed-off, hungry and generally unmotivated colonists in short order. The game has this hidden hierarchy of things you need to get done, so if you do anything out of order morale drops like a rock and you find yourself mired in mismanagement. 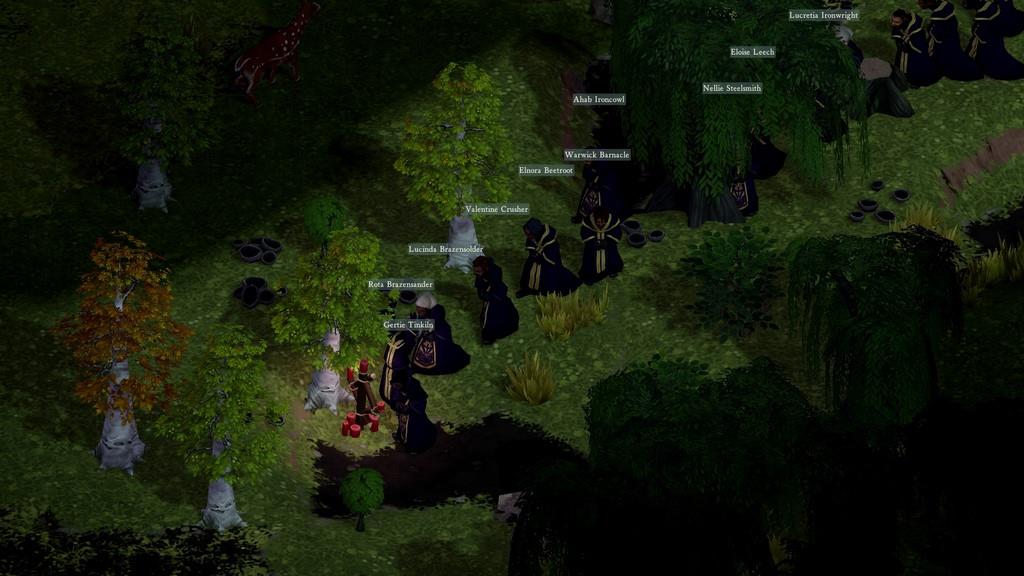 This wouldn’t be so bad if the user interface wasn’t so obtuse. As I said before there are vague tutorials, but all of the vital options and functions you need are buried under obscure menus, pop-ups and drop-downs. This problem is confounded by the fact that everything in the game, and I mean everything, needs to be blueprinted and built individually. Beds, dressers, stoves, bookshelves, every last item for furnishing a new building must be manufactured, and there is very little automation to get it started.

Suffice to say, Clockwork Empires needs constant, obsessive compulsive micromanagement to play smoothly. You need to pay attention to every little detail, from colonists’ moods to whether that stonecutter finished his job to the cooks making meals in the kitchen. And if you don’t put in this kind of neurotic hyper-focus on every little thing, bad stuff starts happening. Your colonists will get hungry, or you’ll go to make that awesome factory and realize your woodcutters got annoyed and stopped working so you don’t have any lumber.

And that’s not even the worst of it. The Lovecraftian elements rear their head at this point. Disgruntled colonists will break off to form an Old Ones-worshiping cult, and lead even more of your strained workforce astray. Or maybe some fishmen will just rise from the deep and start carrying your colonists off into the ocean. These things would be thrilling and dynamic in a competent simulation game where making initial headway was intuitive, but here it’s just one disaster after another while you’re trying to establish a basic resource pipeline. 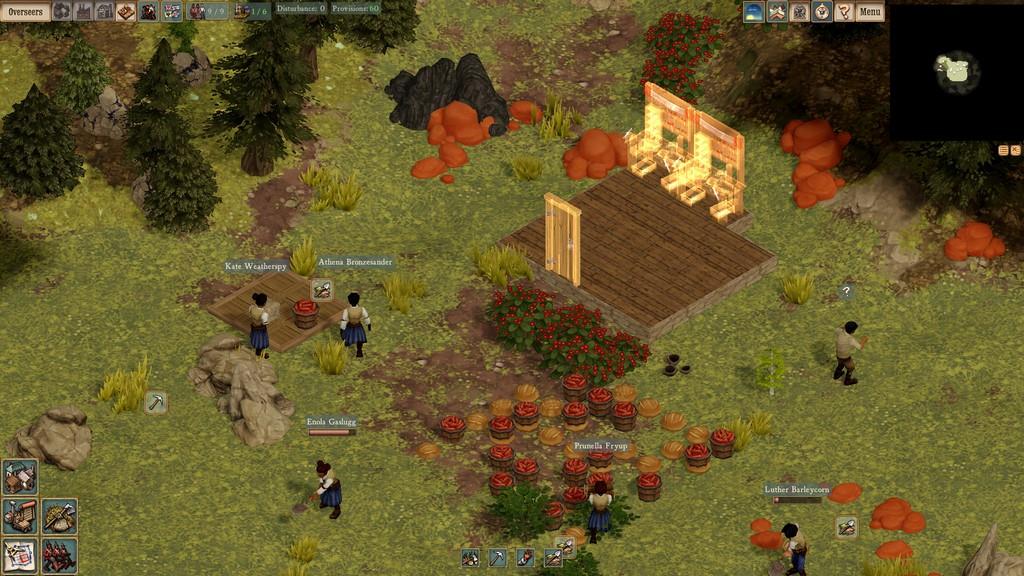 In addition to the gameplay issues, Clockwork Empires has a number of bugs and technical problems that bring the minute-to-minute gameplay down. Disappearing resources, inability to place items and colonists getting stuck in floors and walls until they drop dead from starvation are only a few of the glitches people are encountering, myself included. Sometimes your colonists won’t even follow explicit directions. Figuring out the cluttered interface is bad enough, but fighting with bugs along the way is pretty discouraging.

All of this is wrapped up in the fact that Clockwork Empires just doesn’t feel much like a steampunk game. There are general concessions to that genre in the game’s art direction, but nothing that really screams steampunk aside from the Lovecraft elements. I’m sorry, but if a game is called Clockwork Empires I expect to conquer vast swathes of untamed frontier with my fleet of custom-engraved airships. Instead this game makes concessions to the steampunk genre without really capitalizing on its strongest themes and trappings.

Clockwork Empires is disappointing not because of what it is but what it could have been. A steampunk-horror civilization sim is instantly compelling, and with further development this game could be the kind of experience the developers promised. That said, the game spent years in early access and the end result is riddled with bugs, lacks defining features and comes saddled with an incomprehensible user interface. Given more time, I’m not sure what more Gaslamp Games could accomplish with Clockwork Empires without a major overhaul.

Clockwork Empires has a lot of promise but numerous technical issues and a baffling UI, not to mention disappointing use of the steampunk aesthetic, make the game a frustrating and tedious experience.