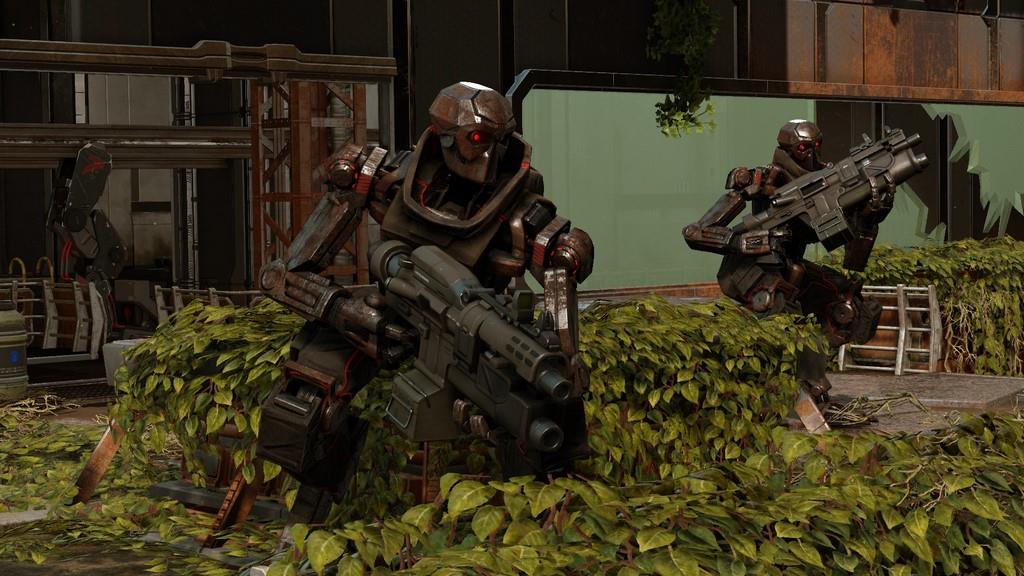 The first piece of Shen’s Last Gift DLC content shows up in an unexpected place: on a tattoo. That's correct. In the soldier customization screen appears a tattoo of a four-armed alien under a human fist. You might’ve noticed it tatted on Engineer Lily Shen’s arm when she's posted up in the HQ Armory. But getting it as a tattoo on your own soldiers is new. It's a brilliantly understated way to bring the late Dr. Raymond Shen’s legacy back to the surface. It’s as if his memory is still with us—not only in the form of his daughter, Engineer Lily Shen, but in the form of skin art that’s actually a big middle finger to our xeno overlords.

Shen’s Last Gift: “The Lost Towers” is a mission that goes under Optional Narrative Content when you start a fresh game of XCOM 2. Even if you skip out on The Lost Towers mission—a banger of a mission, actually—then all the rest of the new gameplay content, including the new soldier class, is still enabled.

That new soldier class is called SPARK. Engineered by the late great Dr. Shen, a SPARK is a mech soldier. They come with rockets, a really big gun, and a serious vertical jump. While SPARK soldiers can’t take cover, they provide tall cover for your human squaddies. Plus, the SPARKs look like Johnny 5 (from the movie Short Circuit) got a beefy exoskeletal upgrade. You finally have a combatant that's eye-to-eye with the enemy’s mechanized robots.

If things seemed busy before Shen’s DLC, they're even busier now. Shen’s content hits hard by the time your first in-game report card arrives from the mysterious shadow man. Yes, at first, Shen's content was just the tattoo. But then it’s a cutscene with Dr. Shen’s daughter, Lily Shen. Then it’s an encrypted signal. Then Central is assigning your priorities. And now you’re on The Lost Towers mission. Oh, yes, that's all coupled with details of the first Dark Events. Busy, busy. 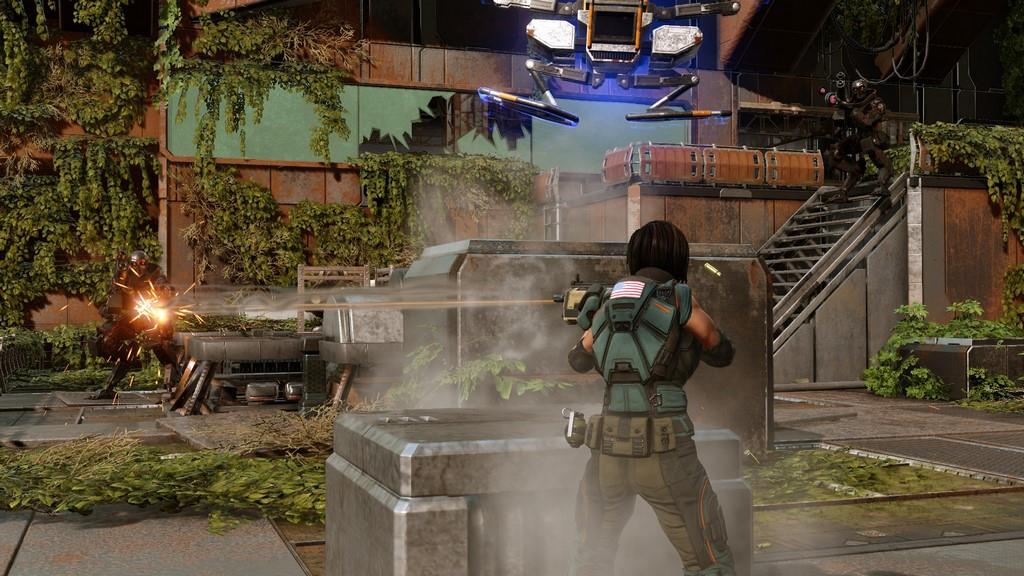 For those reasons, considering that the overlay map quickly becomes a source of stress, I cannot recommend Shen’s Final Gift for XCOM 2 newcomers. It’s too much more to take in, if you're new to the game. This DLC for players that've already made it through the vanilla campaign a time or two.

So, it's go time. Engineer Lily Shen insists on heading up the away team that's investigating the signal. She squads up. She’s bringing her ROV-R drone with her, not to mention her wonderfully overpowered hacking skills. You can change up her utility item (I switched from a frag grenade to a mind shield, not knowing what I was getting into, and definitely not wanting my lead protagonist to switch teams on me). But you can't swap out anything else. She’s in a Kevlar vest, packing an assault rifle, bringing along ROV-R, and she’s brandishing the Shen family tattoo. She doesn’t say anything about exacting revenge, per se, but she has always stepped up when opportunities arose to live up to her father’s legacy. This is a pinnacle of one of those opportunities. 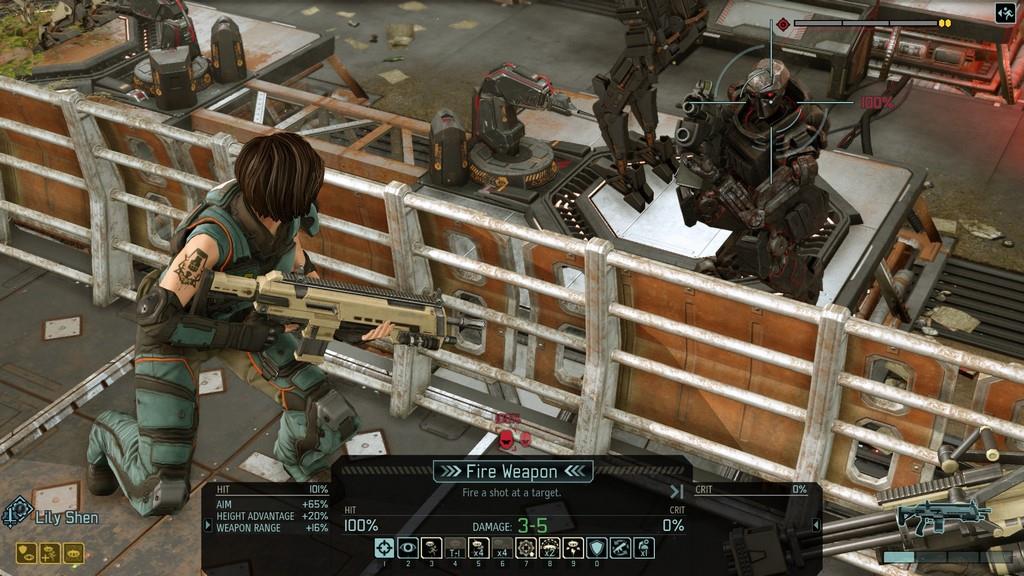 Lily Shen is locked and loaded. With only a cursory note of caution from Command, her and the rest of your squad are ready for the drop on the errant radio signal; the signal originating from The Lost Towers.

Lily Shen is no joke. Her ROV-R drone unit is top notch, and her hacking skills are peerless. It’s a deadly combination. And she’s got unique dialogue quips all along the way.

The Lost Towers mission is something of a Die Hard scenario. Heading up a tower, fighting several levels of bad guys; bad guys that keep popping up in pseudo tower-defense gameplay. Except in this tower defense, you're the poor saps trying to run past the turrets.

The final boss—who is boringly and entirely too chatty throughout—hit me with a bug, mid fight. I had to reload a previous save before I could target anything again. Also, two large explosive objects lost the ability for me to target them specifically, even though they were in my soldiers’ lines of sight. Not to mention that the mission ended, even though I was still taking supression fire from two remaining enemies. That last one is only a small oversight, but Shen's Last Gift overall needed to use a little more elbow grease in the making. 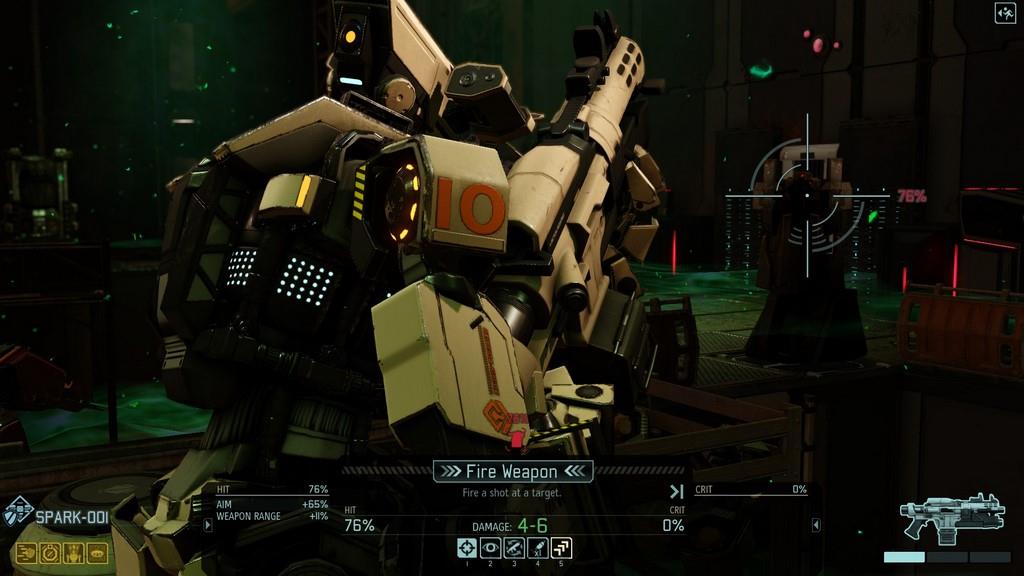 Regardless, by the end of The Lost Towers, I was so happy to simply have survived my first runthrough that I couldn't even be mad. The combat scenario was entirely unique in its setup, yet I managed to pull through with all my soldiers. That’s not a bad day at all, in XCOM 2. The gameplay balancing felt tense, and the fights were all tough but fair. Which is to say, it's on easy, as far as XCOM 2 difficulty levels are concenrned.

SPARK robots (those new mechanized troops) don’t heal like other soldiers. They take a long time to repair, and it’s an involved process to get more. There’s no way to speed up that healing either. Interestingly, however, a SPARK can head out to battle even when they’re not fully repaired. So, weigh your options. At 50 percent health, I risked taking my SPARK out on a subsequent vanilla-campaign mission. It survived. But I played it more cautiously with my SPARK then I would've normally.

The DLC comes with one unique mission, a unique soldier class, a unique tattoo, and an overly chatty and somewhat buggy final boss. The rest of the mission is rock solid, and having Lily Shen lead the squad is awesome. Too bad she couldn’t be the permanent addition to your squad. The Shen’s Last Gift DLC feels modest, well-packaged, and slightly buggy, though there's nothing game-breaking. It’s not for your first run through XCOM 2, but it’s great for your successive campaigns.

Shen’s Last Gift should add Engineer Lily Shen as a permanent squad member, but the new robot soldiers aren’t bad. The mission running up The Lost Towers is a dangerous scenario at a breakneck pace, putting your soldiers in a whole lot of harm’s way, and putting your tactical faculties to the test.