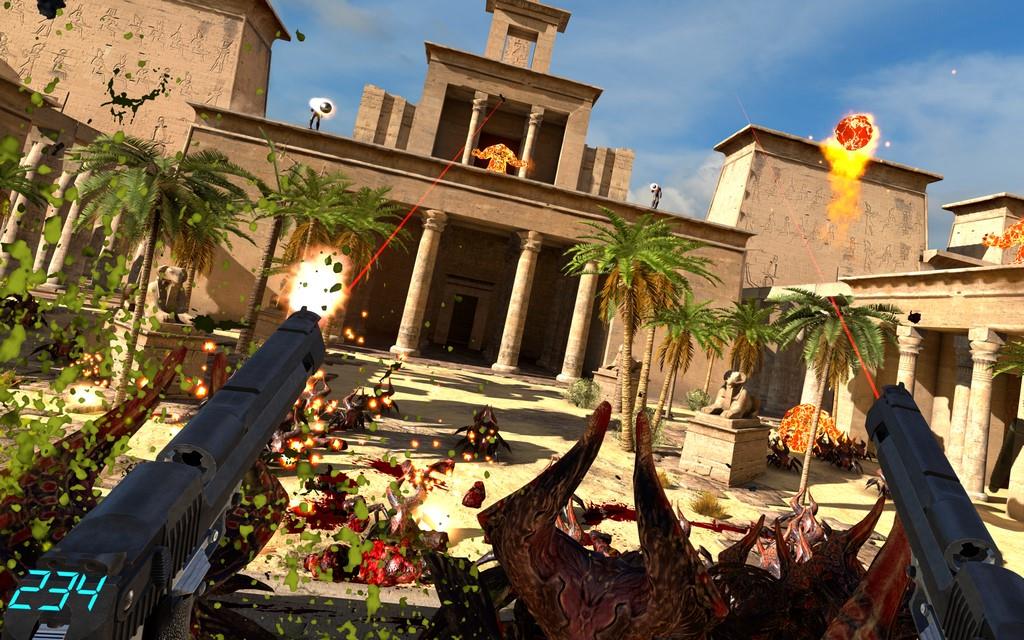 Serious Sam has always been a fun series of shooters where waves and waves of monsters come at you relentlessly. It’s not complicated, but it’s a whole lot of entertainment. Croteam decided to try their hand at VR and today we have Serious Sam VR: The Last Hope.

The heart of Serious Sam VR: The Last Hope is a wave shooter. Like some already available for the HTC Vive, wave shooters give you enemies spawning for a certain amount of time and if you defeat them all, you get a nice little break before it starts up again.

Serious Sam VR has enemies coming at you from 180 degrees, so you don’t have to worry about anything coming up behind you. That’s good because it’s pretty intense the amount of enemies that come charging at you even on normal level.  The original Serious Sam games were about sending as many enemies at you at once along with gigantic boss fights. The VR version is cut from the same cloth and it works well. Almost too well at times as seeing a large congregation of monsters in your face can be overwhelming. I the occasional small bouts of panic when this happened, something that 2D Serious Sam could never do.

You’re not going to be moving much or at all with Serious Sam VR as it is designed to be more of a standing experience, rather than room scale. All the projectiles coming from the enemies can be shot down, but you can do some dodging around if you feel like it. For the most part though, you can just stand in one place and shoot at anything and everything that moves towards you.

The guns range from the typical pistol or assault rifle to the ridiculous, like the minigun and rocket launcher. Both the minigun and rocket launcher look absolutely huge when you hold them out, but it’s a ton of fun to just hold down your trigger and mow down enemies as they come at you.  Changing guns will pause the action on the screen if you go do it via a radial menu or it will automatically do so when you run out of ammo on them. Thank god it pauses when manually changing as there were many times I was saved by going to a more powerful gun at just the right time before an enemy charged right into my face. 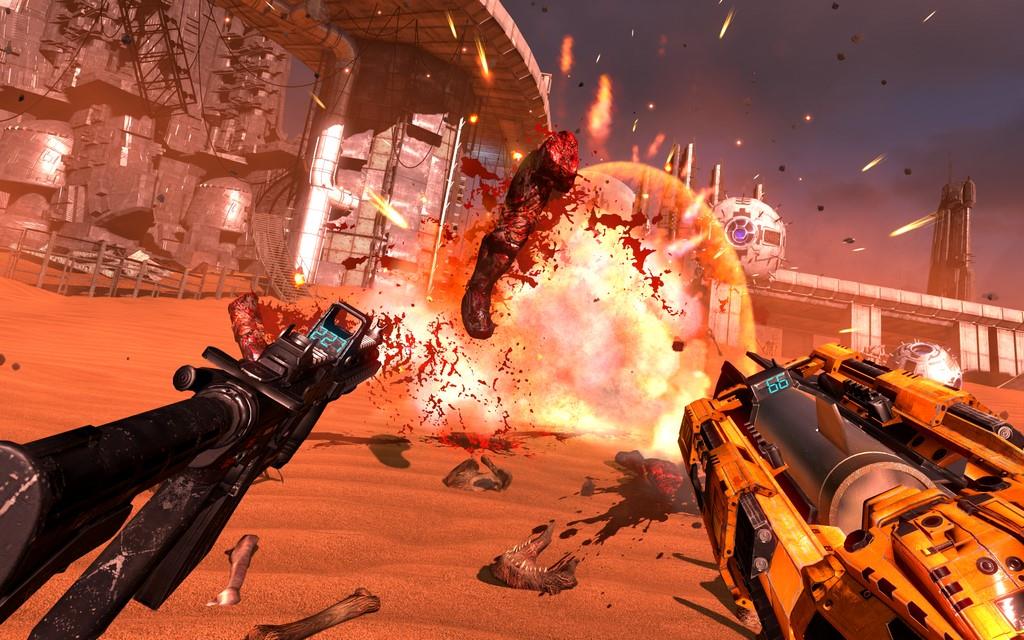 Ammo can be purchased for each weapon between rounds from the money you earn by killing or capturing money drops. Some levels have ammo crates that fall from the sky, which you can shoot to pick up a nice 20% refill and that’s a pretty viable strategy to save your credits and rely on the level drops to fill up your guns. Croteam opted not to do any reloading as the action’s just too fast to make that viable so if you want something where you just hold down a trigger until your ammo runs out, Serious Sam VR is it.

The difficulty levels scale pretty quickly with easy presenting a challenge on the end of the second planet, normal being pretty tough to get by, and hard is just, well it’s just insane. The game is built so that the enemies do spawn at the same times and at the same place each time you run through it. So if you do get stuck at a certain point on level, you can switch up your strategy in order to try and get past it knowing that the enemies won’t change.

Croteam has done a great job with the graphics and it’s one of the more polished VR games out there. The enemies will be familiar to those who’ve played the series and you can tell they’ve bumped up the quality of the models and textures with Serious Sam VR. Environments look vast and the bosses, especially the first one on Earth, are enormous and you get a great sense of scale when it towers over you. If you’ve played any of the previous Serious Sam games, you’ll be familiar with the style and artwork of all the levels and enemies here. 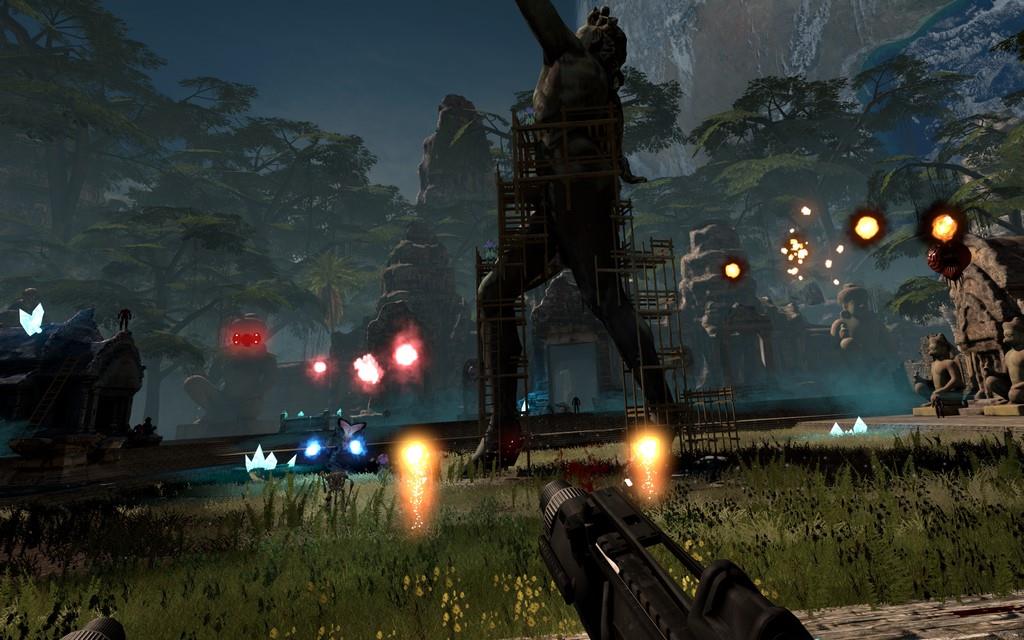 Currently, The Last Hope is in Early Access as there’s a ton of things missing that Croteam will put in the near future. Included right now are two planets and 10 different weapons to purchase between rounds. It’s a little light on content currently for $39.99, but Croteam’s going to continue to update it so here’s hoping they add some nice new features to make the game’s cost justifiable. With Croteam though, you can be pretty sure they’ll add some really cool and outrageous features in the future.

For now, Serious Sam VR: The Last Hope is one of the more fun VR games out there and if you have the HTC Vive or Oculus Rift with Touch controls (when it is released this December), it should be on your short list of games to purchase. That is, if you can handle intense wave shooters. I can’t wait to see what Croteam has lined up to make this game even better.