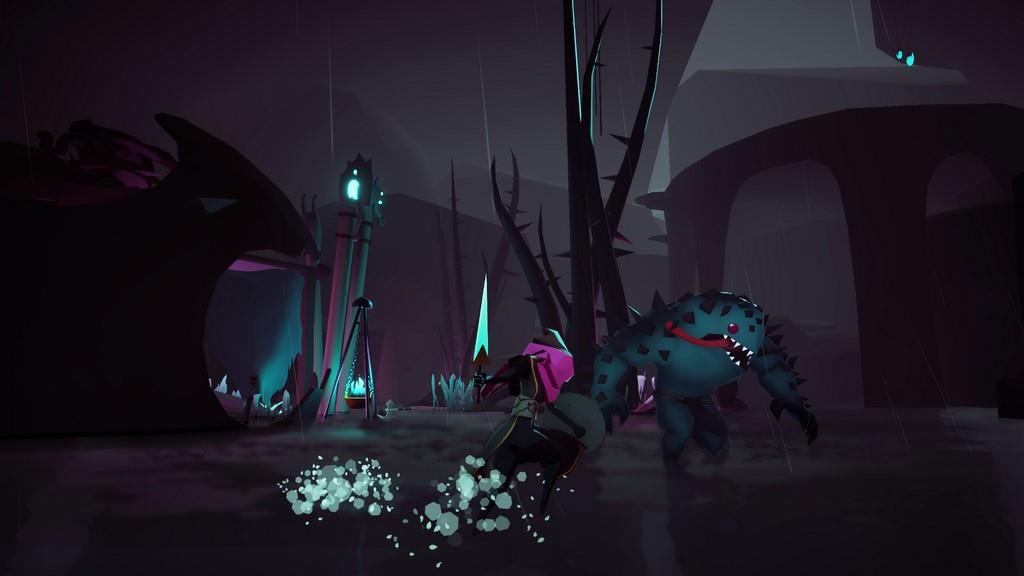 I think it's safe to that Dark Souls changed gaming. Dark Souls was an incredibly complex organism. It had so many fresh, original components that added up to create something that felt, for the first time in a long time, truly new. So it's no surprise that it has had a ripple effect, and caused games like Necropolis to be produced.

However, the marked feature of Dark Souls' complexity was how cohesive those parts worked together, and how the overall effect of the game consisted of a huge amount of little pieces. The influx of Souls-like games since then seems to be pointing at the fact that it may have been a bit of divine intervention that made Dark Souls such a masterpiece; even the same developers within the same series have had trouble living up to it with its sequels. Each Souls-like game since has seemingly latched on to a few very specific components of what made Dark Souls great, and using those few components to make a game, not realizing that there was so much more to what made Dark Souls work. They never even approach what Dark Souls accomplished. Necropolis is one of those games.

But in a way, Necropolis is different because it didn't really try to recreate Dark Souls' combat. Sure, it has the exact same control scheme, but the tactics required to do well in combat are strangely unique - but we'll get back to that. The aspect of Dark Souls that Necropolis latched onto was its ambiguity, and ironically is probably the biggest problem the game has. Whereas Dark Souls makes you dig deeper for answers, and demands you experiment to learn, Necropolis simply withholds its answers and punishes you for trying to discover them. People literally had to datamine to find out what effects items have in Necropolis. The game elects to have witty jokes as item descriptions, rather than actual information. And you know what? The jokes are really funny.

And so begins the paradox of Necropolis. Objectively, I feel completely safe in saying that it is not a good game, and honestly borders on being bad at times. I also, inexplicably, totally love it. It's a trainwreck that keeps dropping out of college, and even though you know it has such a good head on its shoulders, it refuses to be responsible and get its life together. It's also beautiful, really smart, and it has a great personality, but it just won't get out of bed before noon and it drinks just a little too much. 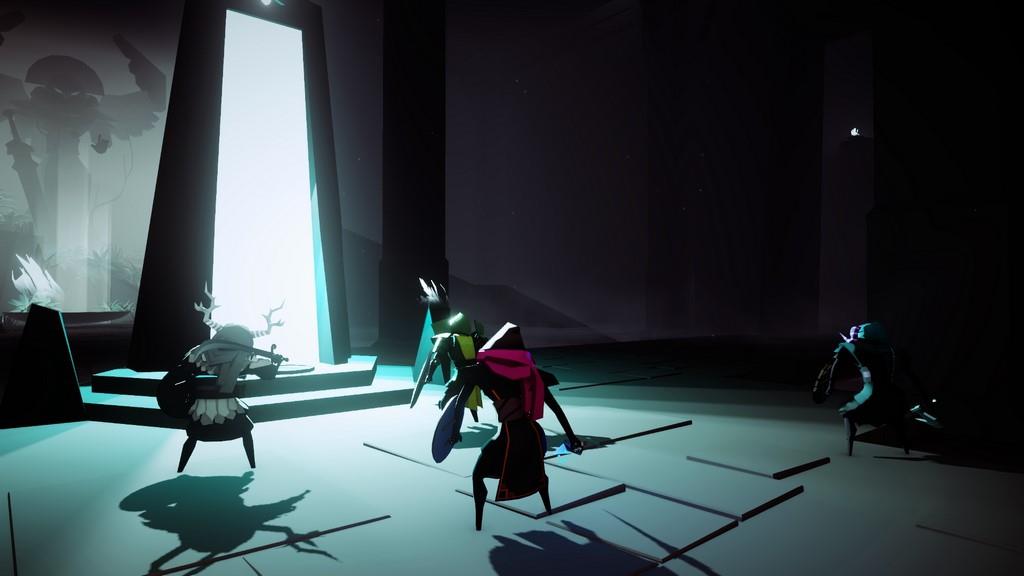 Necropolis has a permadeath system, which severely undermines the sense of accomplishment that is necessary in a Souls-like game. On my very first playthrough, I only survived for probably 30 minutes. I was taken back to the start screen, selected a new character, and started over with the exact same equipment that you have to start with every single time: an incredibly slow sword and a terrible shield. This time, thanks to the procedurally generated game world, my path was quite different, and as I soon discovered, filled with much more difficult enemies. I died in the first room.

The next time was my big break. I cleared the first floor completely, I had a fancy new sword with a blade made of ice, a huge golden tower shield, and I was destroying everything in my path. It felt great. I had conquered the same monsters that had defeated me before, and I was discovering new parts of the Necropolis. I made it to the third floor, and the entire floor was a magical, frozen forest. I was so captivated by it. I explored every corner, fought every enemy, looted every chest and destructible jar I could get my hands on. It felt like I had finally begun the real adventure, and the first hour or so had simply been preparing me for this. 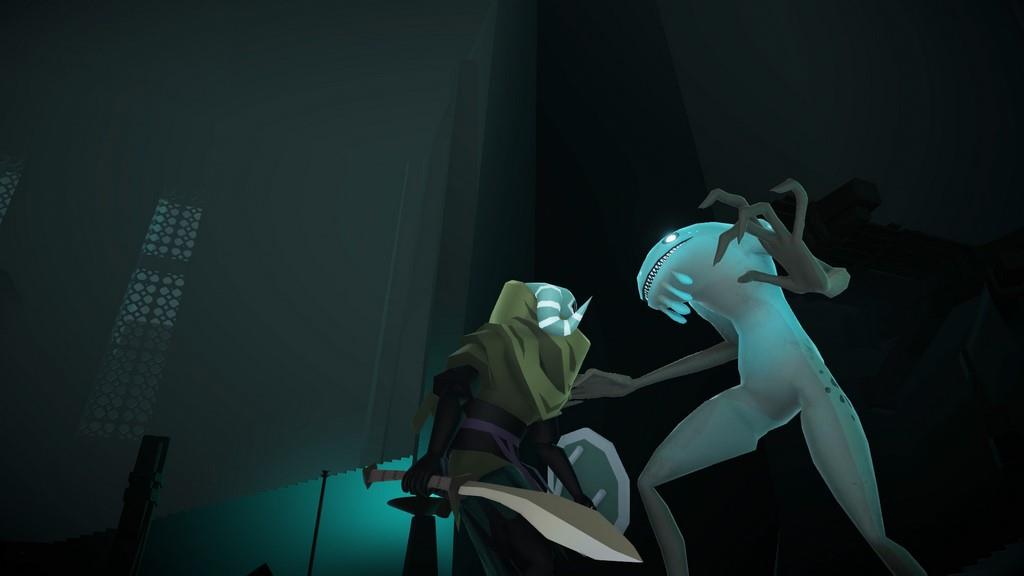 Then, as I always inevitably do, I died on the next floor. The rug was pulled out from under me, and as I was taken back to the title screen and prompted to repeat the entire process another time, I turned my Xbox off. This wasn't simply returning to the last bonfire, equipped with new knowledge and a sense of fatalistic determination. No, this was being slapped in the face and told that all that progress I had made over the last few hours meant absolutely nothing.

So, I came back the next day to play it again. I needed way more than three attempts if I were going to claim to have had the full experience, and I'll be damned if I didn't get sucked in even more than I did the previous time. The punishing consequences of the permadeath system leading to soaring highs and crushing lows. Every encounter is so intense, because you're gambling with hours of progress. That makes your victories pulse-pounding and satisfying, and your losses so devastating that you'll swear never to play the game again.

I think I developed Stockholm Syndrome which made rating Necropolis difficult. I know for a fact that I will be playing this game long after this review has been written but I can't say if it's because I'm having fun, or because I refuse to let this game beat me. 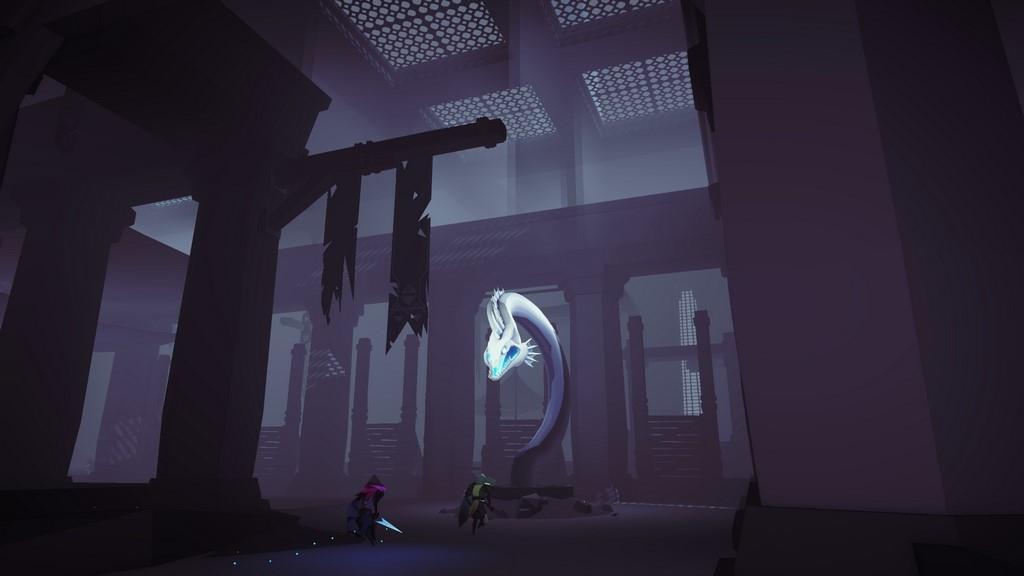 So let's talk about it technically. As I said before, from a technical standpoint, Necropolis is average at best, and I go back and forth between loving and hating the way it looks. Usually, on the first floor, I'll find myself thinking about how bland and lifeless the environment is. Then once I get to the elevator down to the next floor, and I take in the incredible vistas and strange magical quality of the Necropolis, I'm thinking about how cool and interesting it all looks.

The controls are, as I've said earlier, the exact same as Dark Souls: attack with RB, block with LB, power attack with RT, dodge with B, you get the picture. The combat encounters don't feel like Dark Souls. Rather than singling enemies out as best you can, as one would in Dark Souls, often times the best strategy in Necropolis is to kite them all together and hit them with a charged power attack. It keeps the combat moving quickly, and provides a consistently high level of danger that keeps it from getting stale, despite how barebones it all is.

There is a solid crafting system, as well. Your health and stamina are replenished by food and certain potions, which can be either purchased with gems you get from killing enemies, or crafted with components you get from, that's right, killing enemies. Crafting is always the best way to do it, but in order to craft something, you'll need to have the recipe for it. And, surprise surprise, recipes don't carry over between characters, so you'll have to gather all that together every time as well.

There is, however, one thing that does carry over between playthroughs, and that is your codex. At the end of each floor, you have an option to spend tokens, which you earn for completing challenges, on codex entries. These give you special abilities, like finding more loot or blocking more efficiently, and once they are purchased you have them forever. Unfortunately, you can only equip one at a time, so even still there's no real sense of progress. You'll basically find the codex that works best for you and then just have a bit of an advantage forever.

In the end, despite all its hangups, I find myself captured by Necropolis' charms and truly hoping it will get its act together. Many of the problems could be solved with simple patches, and a new non-permadeath mode would probably help. There's a really solid game here, but it just makes so many stupid decisions that it's hard to tell if it's worth the hassle. I, personally, find myself coming back time and time again, and I think if you're willing to really put some time into your relationship with the game, you may, over time, begin to see some reward.

Necropolis is a solid foundation with a really weird, questionably designed house built on top. If you're willing to take the time and try to spruce the place up, you may find it was worthwhile, but beware that it may require more work than you're willing to put in.