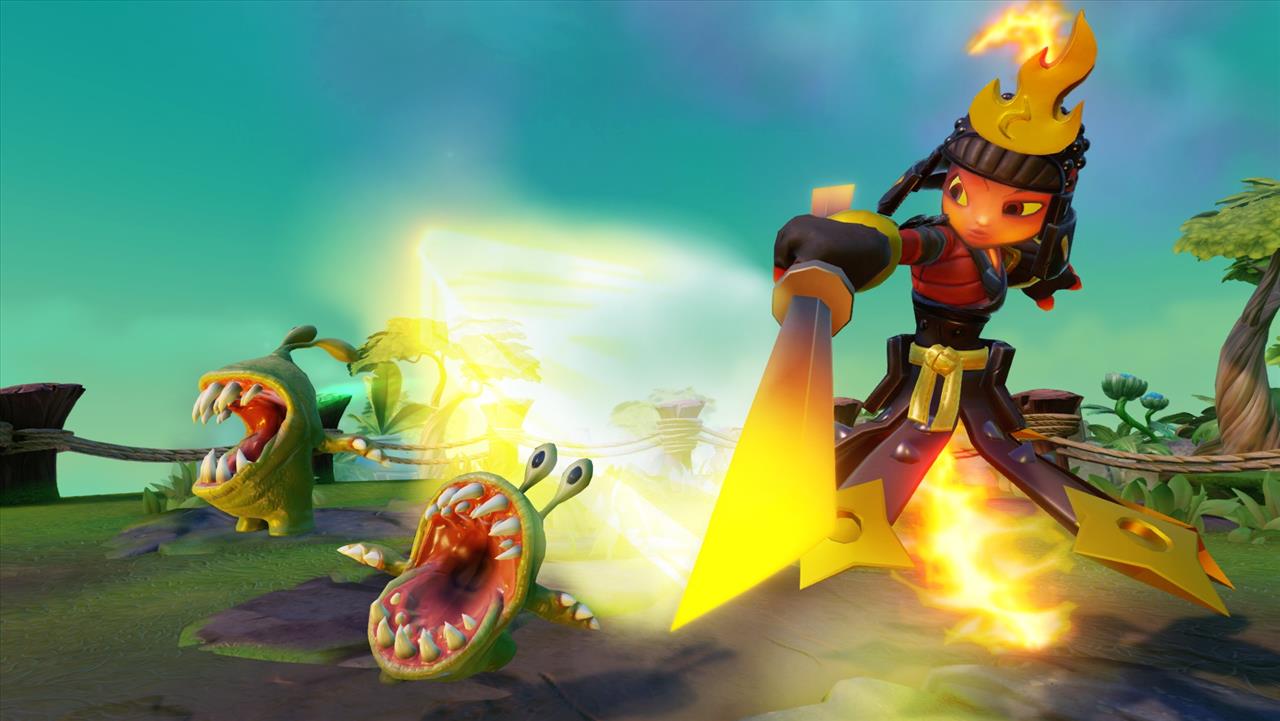 When it comes to the toys-to-life genre, Skylanders is still king. Disney Infinity has come and gone and LEGO Dimensions is still slowly releasing sets and accessories, but the Skylanders franchise is the one that comes back year after year. Each year, the development team's think of new ways to freshen up the experience. We've seen giant characters, interchangeable figures, racing vehicles, and now we are seeing one of the most drastic changes of all: the injection of imagination.

Things haven't changed much from a story perspective. Once again, Kaos is out to take over Skylands. This time however, he is seeking to use an ancient power known as "mind magic". This is the same thing that was used to create the Skylands and it's inhabitants many, many years ago. Kaos is using the power to create a new army, including super-strong generals called Doomlanders. Using his imagination, he changes them over the course of the battle to give his minions an advantage.

Kaos isn't the only one that can find and use mind magic to his advantage, as the players are able to use it as well. Harnessing the player's imagination is the unique feature that sets this year's game apart from the rest of the series. You'll be creating and using your own characters throughout the adventure. To create your characters, called Imaginators, you will need to buy one of the new Imaginator crystals. Technically speaking, yes, you are basically buying a character slot and I would be lying it I said that didn’t bother me a little. There are individual crystals available for each of the game's elemental types (life, water, tech, etc.). This is the only aspect of your character that is predetermined; you will get to hand pick everything else about your creation.

Once one is placed on the portal, you will be taken to the character creation screen. Here you can choose from a variety of body parts and equipment that you unlock over time. There are easily thousands of combinations to be made with well over a hundred different head options along with plenty of arm, leg ears eyes, and tail choices. New parts are earned by completing stages, completing bonus objectives, using new figures from the current product line, and finding them scattered throughout the game world. You also get to adjust the size and proportion of your Imaginator, pick the colors of the individual parts, craft a special motto and even pick the sound effects and music that accompany them when they are in use. You can truly make it your own. 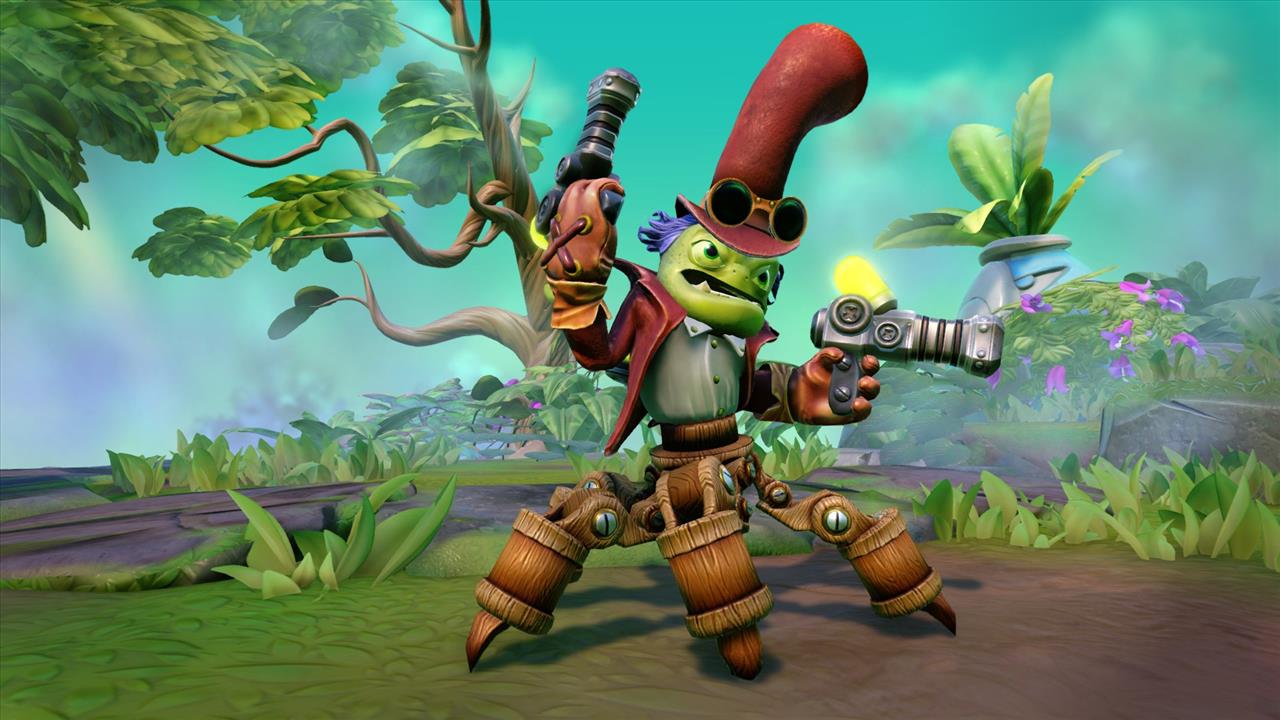 While all of the body parts are purely cosmetic, outfitting your creation with different weapons and equipment will affect its stats. Once again there are a ton of choices here, and more are added as you play through the game. When you are getting into these options, the game becomes a bit more of an action RPG as the weapons and equipment have level requirements. While your options may be limited when you first create your new Skylander, they will grow as he levels up through battles in the game. The creation system felt a bit limited and disappointing in the early stages of the game, but as things opened up I learned to really appreciate the amount of options available to you. It takes time to get there, but it works well to serve as a driving force to keep playing the game.

Even though you are building your own characters this time around, that doesn’t mean that there aren’t a number of new faces being added to the world of Skylanders. Along with the rebirth of mind magic, a new class of Skylanders has also been brought from the past: Senseis. These powerful Skylanders represent all of the various elemental and weapon classes and are there to train your creations to battle chaos. There are areas of the game that are only accessible to Sensei characters, just like other types of figures have been used in the past. Using one of these new Sensei figures will not only allow you to play as an extremely powerful Skylander in the game, but they also increase the level cap of your created characters and grant new moves to their respective weapon classes. The more Senseis that you use, the stronger your Imaginators can become.

While all of this may make it sound as if the game has changed a lot for the latest release, I can assure you that it really hasn’t. The gameplay remains pretty much the same as it has been since the original Skylanders release. Most of the experience plays out as an action platformer although there are numerous sections throughout the adventure that mix things up quite a bit. There are numerous puzzles, the return of an improved Skystones variation, racing, and even levels designed to play exactly like the original Crash Bandicoot game. Toys for Bob does a good job at keep things varied throughout the experience in order to keep it from getting monotonous. 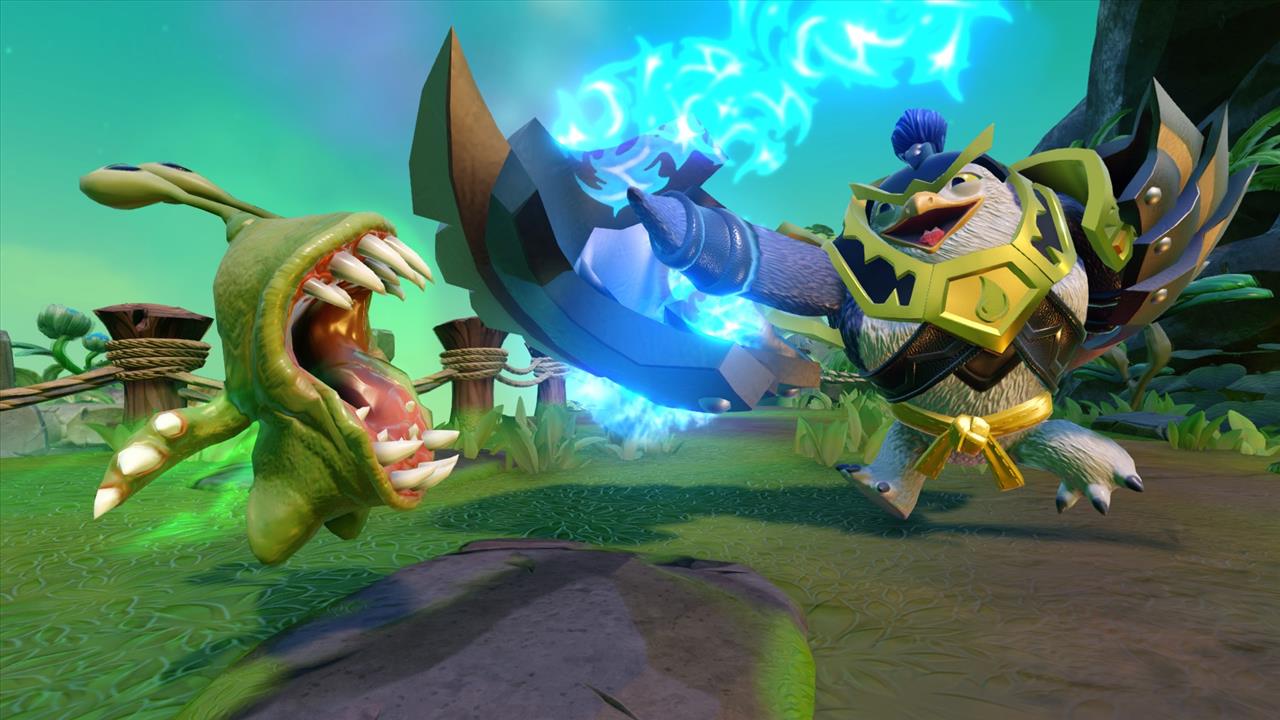 One of the things that I have to keep reminding myself about with the game is the fact that it is designed for kids. Imaginators felt a lot more linear than the previous adventures and while I felt it made things a lot easier for me, it made things a lot more accessible for my daughter. Initially I wanted to look at this aspect as a criticism of the game, but after seeing how she was able to sit down and play through large sections of the game without my assistance, I actually began to appreciate it more.

The same feeling accompanied some of the gameplay additions such as the new selfie cam. You can pause the game at any time and use an in-game selfie cam to snap shots of your characters in action. The game even rewards you for doing so at certain landmarks throughout your adventure. I thought it was a bit of a hoakie idea, but once I saw it in the hands of a kid, I understood it’s purpose. Kids will find this to be a ton of fun, especially given that the game logs a photo album of all of the pictures that you take. Being able to create their own characters, embark on a grand adventure, and even chronicle it via virtual selfies, is something that even the youngest of gamers will truly enjoy.

Although, even though it would make things a little more complicated for kids, there really should be an adjustable camera. There are numerous times in the adventure where the fixed camera creates issues with the platforming, making it difficult to navigate some of the areas. This created some serious frustration for both me and my daughter, and it could have been completely avoided had we just been able to slide the camera around to a different perspective. 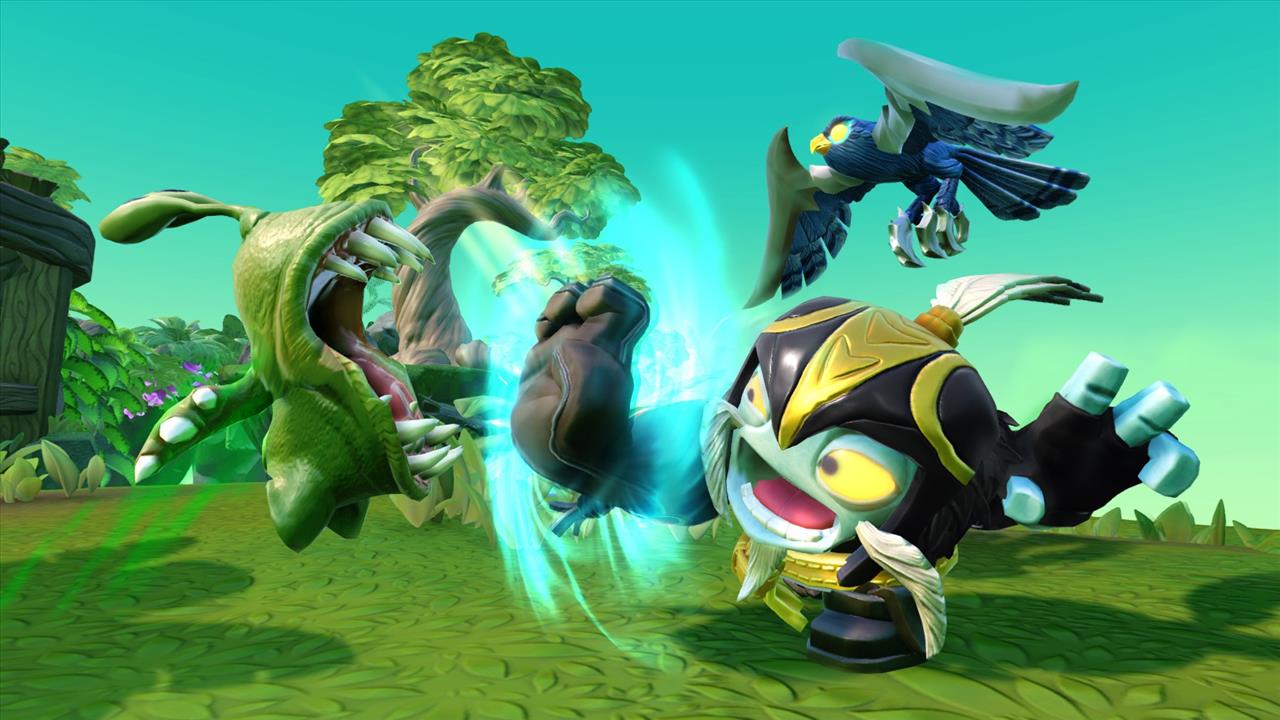 Fans of the series pretty much know what they can expect with Skylanders Imaginators. The game embraces all of the things that have made the series great over the past couple of years and builds on them by allowing players to add their own personality to the characters and the world. Once again, the series delivers a fun, family friendly game that can be enjoyed by gamers of all ages, be it alone or with their friends. While other toys-to-life franchises have come and gone, the Skylanders teams always find a way to keep this series feeling fresh and relevant year after year. While this one may not provide the challenge to older gamers that some of the previous entries have, the accessibility and overall fun factor make this one of the best we have seen for younger ones.

Imaginators is yet another solid Skylanders offering that your kids will love. The action is extremely varied, providing a good mix of action, platforming, and other various offshoots like racing, which keeps things fresh and fun. While I enjoy creating my own characters, the requirement to purchase special crystals to do so feels like I am just being forced to buy save slots.