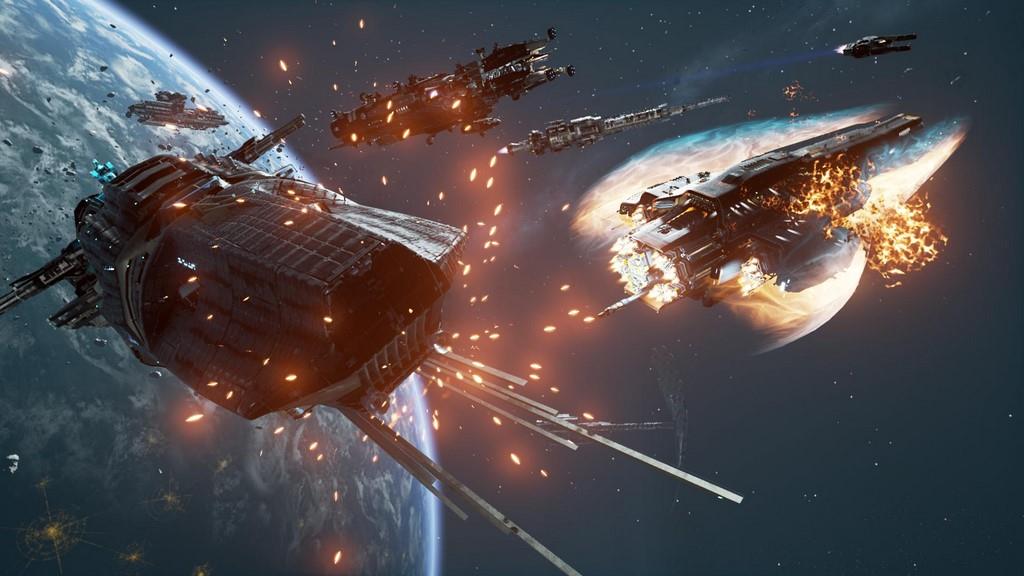 Outside in the voids of space there is only silence. On the bridge itself only the ships system breaks through the silence with sounds of warning. Lights flicker on the bridge as engineer teams rush to seal hull breaches and divert remaining power to life support systems. Admiral Adama. Commander Shepard. Lieutenant Keyes. When the proverbial excrement hit the fan it was to them people looked to. What is your command? This isn’t the blurb for a movie or the game itself, but believe you me, this game delivers an intense tactical experience which will end in either obliteration or survival.

Fractured Space features one map, broken into five sectors of varying tactical advantages and disadvantages. On one side of the map is your team’s base, the enemy’s base on the other. Between these team bases are Forward Bases and in the middle the Gamma Sector. Players must jump through sectors to make it to the enemy’s home base. It can get pretty tense jumping between sectors and engaging enemy ships. You can expect matches to last a reasonable length of time, as experienced players will begin to recognize the beginning and end of phases. These can involve leveling up ships through the capitulation mining facilities and fleet upgrade points attained by capturing objectives during a match

Although I’ve sat through silent matches with little or no communication between teammates I was eventually graced with one amazing team. I am by no means an experienced Fractured Space player so when I was matched with four people who were it was glorious. It was intense. It was violent. When orders come down for your ship to jump to and secure the next sector, will it be adrenaline and lightning reflexes or a cunning and cool intellect that secures the sector for your team? Fractured Space can do both. I jumped to a sector and rushed the objective, a mining facility, while an enemy ship waited on the edge of the sector. I failed to spot the threat before the enemy's Destroyer incapacitated my ship. Obviously I couldn’t do either and with previous teams I was made aware of it. Repeatedly. For an online game focusing on TDM I found the online community hit and miss. Either the chat was silent or people cascaded criticism at less experienced players. I’m not stranger to endearing messages from strangers over something I did to aggravate them, but Fractured Space has an unusual amount of these less mannered individuals. For the record, I’m not saying the community is septic. It’s a cozy community with good intentions and people. It’s important to take lessons from such obliteration, not just for your team mate’s sanity but also for your own. Otherwise you’ll spend more time dead than in battle. This gets frustrating after a while, considering that the more often you die and respawn, the lengthier the time you’re forced to wait before the next spawn. 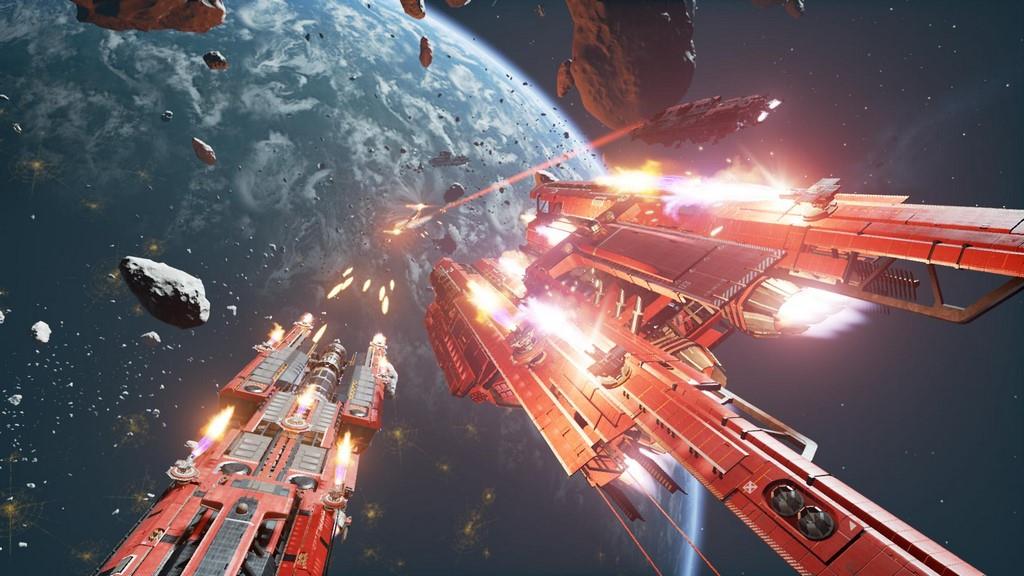 There is only one game mode available at the moment. The 5v5 PVP Team Death Match leaves acres of room to add new features and game modes. Capture the Flag, Domination or Demolition could be integrated into the Fractured Space with little hassle. Obviously the tech trees would need to be balanced to make it sporting and fair but my point is there is huge potential. Although each match takes place on the same map and sectors, I never endured a battle which echoed a previous game. There are just over 40 ships available at the moment. The first three are unlocked through the tutorial and the rest by playing the game or purchasing a premium package. In a game like Fractured Space it would have been easy for the developers to give players a narrow choice of ships and classes. Thankfully that isn’t the case here. The ships are HUGE. Colossal. Enormous. We use kilometers as the unit of measurement for the ships. Yes, kilometers. Ships can be categorized into attack, defense, support and light, medium, heavy categories. Depending on the manufacturer each class of ship has different weapons and abilities. This gives the player a plethora of fighting styles to choose from. To maximize your ships effectiveness it’s vital to find a playstyle you’re comfortable with, marry a ship class to it and get used to your ships firepower, range and maneuvering speeds. With that done you can improve any gaps in your strategy through crew cards.

Each player has five crew slots available and each crew member provides three bonuses to your ship. These are normally one major bonus and two lesser ones. At the moment there are nine positions available for selection. These are CAG, Captain, Comms, Engineering, Jump Core, Navigation, Repair, Tactical, and Utility. Depending on whom you choose to take into battle, the selected crew members will shout advice and insults to you and your enemy respectively. These snippets of advice can really help new players struggling to come to terms with mechanics. Players can earn new crew cards and develop their hands through booster packs. I found the crew card system to be the best lore resource for details on the Fractured Space universe. The crew card system allows players to create a custom build to match their favorite ships through familiar mechanics, and all the while providing context to what’s happening. For more information on the history of the universe check out the Fractured Space wiki page. Here you can find crew card details, ship details and even tactics and strategies.

Fractured Space combines the excitement of playing online with strategy, tactics and daring maneuvers. As it stands the game has a budding community, with massive potential to grow. The introduction of new ships, game modes and crew cards would certainly be beneficial to games growth, but I feel the lack of maps is the real killer. The games single map just isn't enough, even with the five sectors to jump from. Although the game is available as free-to-play on Steam, I wouldn't hesitate to purchase it off the shelf if it came to it.

An excellent space combat game that is hamstrung by a lack of maps.