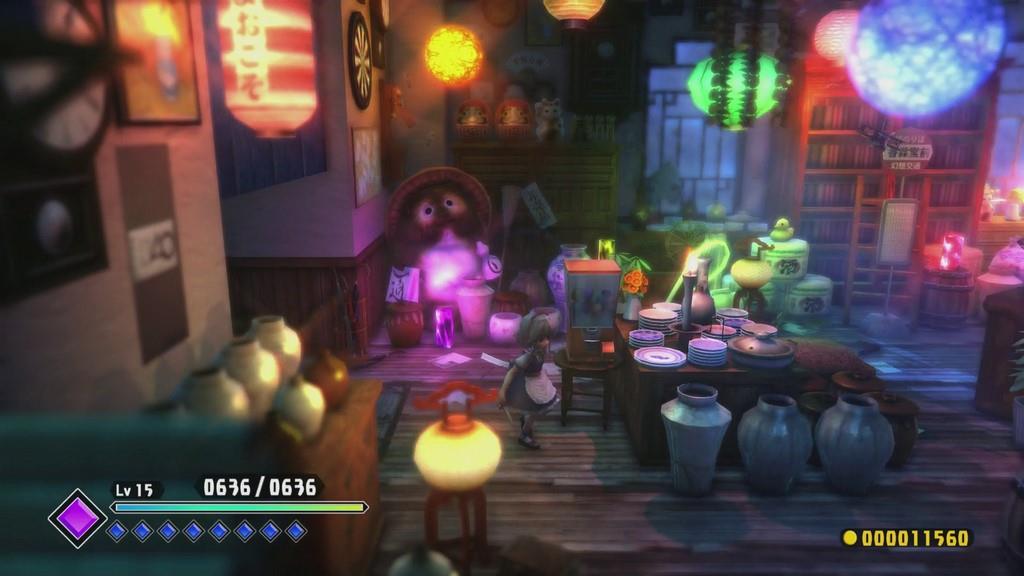 Written by Matt Mirkovich on 10/7/2016 for PS4
More On: Touhou Scarlet Curiosity

Where to even begin with this one? Okay, do you know what Touhou Project is? No? How about bullet hell shooters? Ikaruga, Radiant Silvergun, Deathsmiles, Guwange, Mushihimesama? Are you just more confused now? Crap. Okay, well, it’s an incredibly long standing franchise created by ZUN, an indie artist who was indie long before it was en vogue in game development. ZUN’s creation is not licensed in any way, meaning fans are free to go wild with it in whatever way they choose. This is what lead to a number of bullet hell shooter games, along with some other off-genre titles, like Touhou: Scarlet Curiosity. Picked up by XSeed for localization, it’s a PS4 action adventure title, with bullet-hell elements that acknowledge the series’ roots, but overall is a vastly different experience than what one would normally associate with Touhou Project.

There’s a variety of characters to follow in Touhou Project, for Scarlet Curiosity we follow Remilia Scarlet, a vampire who’s grown bored of live in the Gensokyo, with nothing to hold her attention, it’s up to her servant Sakuya to find something to occupy her master’s time. The sudden destruction of their manor is the perfect jumping off point, and so Remilia and Sakuya go off on an adventure to find out who destroyed the manor, and who’s ultimately responsible for the strange happenings in Gensokyo, is it the wily Tengu and their questionable journalism? Does the shrine maiden Reimu have something to do with it? There’s plenty of characters to get exposed to, and the excellent localization work from XSeed games continues, even in this lesser known title, the game is full of excellent writing and manages to capture the spirit of the characters perfectly. For a twenty dollar title, you also get a pretty beefy experience. The main campaign will take about five hours per character, and there’s the post-game content.

You’re in control of either Remilia or Sakuya for their adventure, and while there are similarities between the two, I found the playstyle of Sakuya is built around slow methodical play, while Remilia is quick and speedy and will pretty much tear into anything in her path. There’s a standard three hit combo, mapped to square, and then special abilities are on the circle, triangle, and R1 buttons. The basic combat leaves much to be desired in the early going, as most creatures out there pose little to no danger whatsoever. You’re just mowing down fairies non-stop while occasionally taking on some larger enemies, all while doing some light platforming. When you start to get to the boss characters, that’s where you’ll see some of the bullet-hell style gameplay that the series is known for. You’ll be dodging wave after wave of bullets are you attempt to pick your shots as best you can, and though it never gets to the difficulty the shooters are known for, know that this game gives you a reasonable challenge in its end-game scenario after you clear the story. Along the way you’ll pick up plenty of gear that will give your character more hit points, skill points, and damage capability, you can also purchase some gear, but it’s never going to be as good as what you can find in treasure chests and enemy drops. 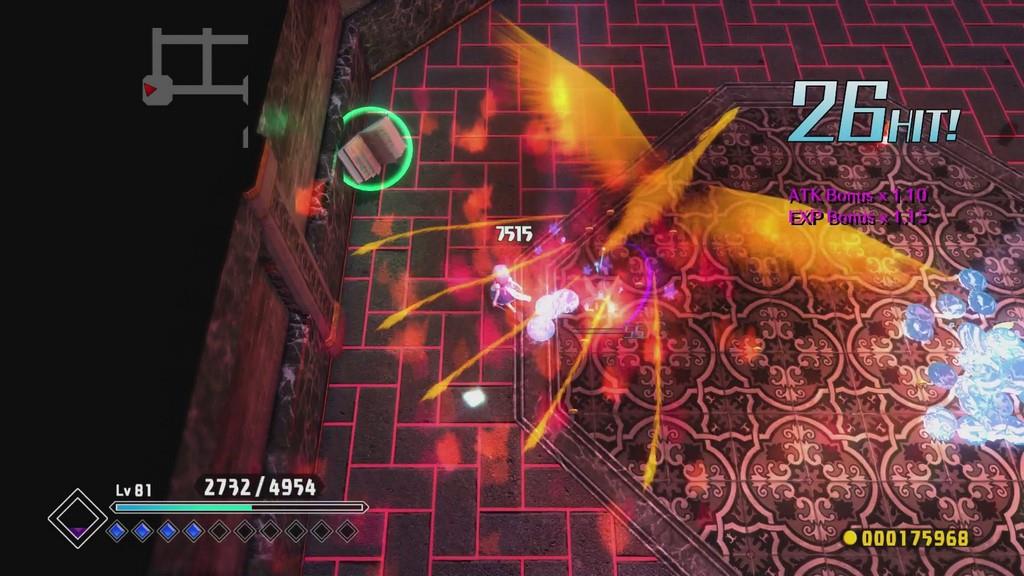 Visually this game is a bit of a mixed bag. The textures in some places are incredibly detailed, and others it’s pretty messy, the character models aren’t bad looking, but not great either, and they tend to get lost in the scenery really easily. The game runs at a good frame-rate for a good portion of the game, and then starts to dip significantly when you reach some of the later stages. It doesn’t get to unplayable levels, but it definitely hurts the overall package. Also what’s really surprising is how much this game makes my PS4 fan scream. When you’re in the library to save your game, the system fan sounds like it’s ready to escape the confines of the PS4 body. The music is chock full of classical Touhou arrangements, which range from jazzy to rocky, the only bummer is that a lot of a track cuts are only about thirty to forty-five seconds long, making a lot of them really repetitive.

Ultimately, Touhou: Scarlet Curiosity was meant to be a way to solve Remilia’s boredom, and in short bursts, this game does a pretty good job of that. I’m kind of surprised that this is a PS4 title, as it’s gameplay feels like it would be more at home on the Vita. For a downloadable indie title though, this is a decent introduction to Touhou, it doesn’t quite carry the challenge that the series is known for, but it does give a glimpse into the world and introduces the characters in a more light-hearted setting, and it’s got a cute story to it with excellent localization. It’s just a shame that the gameplay can get to be a bit tedious after a while. Playing this in small doses is the best way to go about it. If you’re a fan of things Touhou, this is a promising opportunity to see more titles from the series make their way state-side, and if you’re looking for a competent action game to kill some time, you could do worse, but this is definitely a step up from the last beat-em-up I checked out. Some remake of a game from almost thirty years ago...

This is it Touhou fans, this is where it begins, with a pretty middle of the road action adventure game. It may not be the bullet-hell salvation we were all looking for, but it's a good start, and hopefully paves the way for more Touhou games in the future.