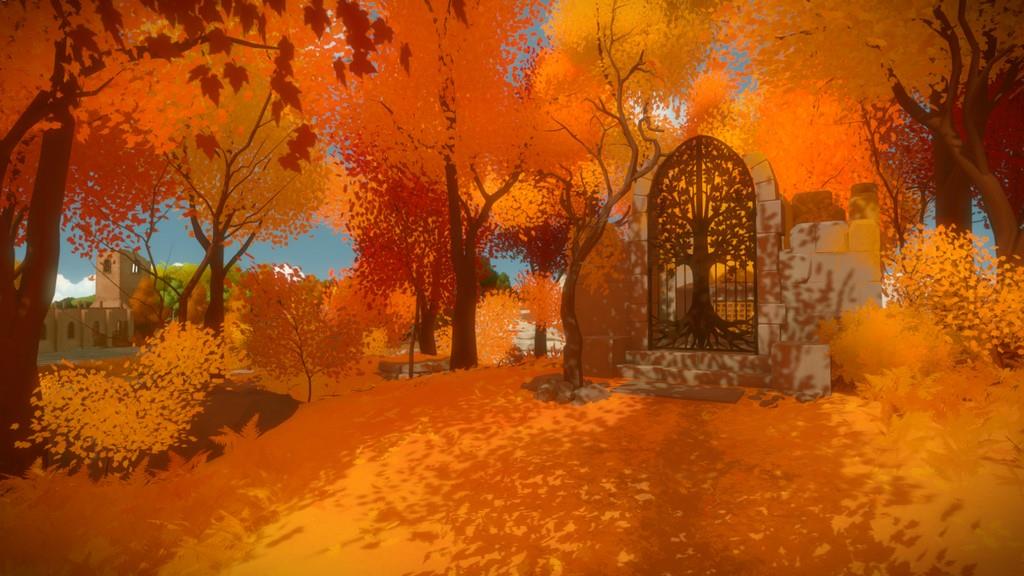 There’s been a ton of articles since the release of Jonathan Blow’s, The Witness, pretty much everything positive that could be said about it, has been said. Count myself among the converted, though an interesting fact of my time with The Witness, I hated about eighty percent of my time with the game. Chalk it to frustration, chalk it to a limited time in which I had to juggle my leisure time of gaming with everything else in life, chalk it to questionable design choices. About midway through the game I hit a wall where I became very frustrated, and then like many articles state, it clicked, and that point seems to be different for each person. For me, it came after completing the game and feeling miserable about the ending, then reading an article and jumping back in, only to realize I had been working towards solving a key puzzle that would hit me square in the face.

The Witness is not your typical puzzle game, nor is it your typical exploration game. The premise is simple, draw lines within the game’s given puzzles, from point A to B, all the while exploring an island that is devoid of any other human interaction. But how can this game get more complex when all you’re doing is drawing lines? Well, it actually gets to be the most frustrating thing about The Witness. As you leave the first area of the game, a small walled in castle, you’ll begin to find more puzzles, and they’ll start to introduce more complex rules, separating by groups, symmetry, tetris shapes, and then the real curve balls show up where rules are combined, making for some of the most aggravating moments in gaming. ‘I don’t have time for this!,’ I constantly had in my head as a struggled with puzzle after puzzle. I’ll admit to giving in to temptation to see guides to understand what I wasn’t seeing. Some of that I fault with the game, in being so wide open for you to explore, it’s easy to wind up in a place with rules in place that you aren’t familiar with. Once you do find a new area, it does a fairly good job of acclimating you to the rules that it wants you to follow, which culminates in a final sequence of puzzles that I can only describe as utter madness, and then, calm.

There are plenty of articles out there of the lengths that people have gone through to take the puzzles out of the game, and give them placement in the real world, making them a might bit easier to solve, and that certainly takes dedication, which this game demands, if you want to see it through to the end, you’re going to be hitting difficulty walls from time to time, the nice thing about The Witness though, you’re free to walk away and explore other places, because everywhere you look, there’s a puzzle to be solved. You might not realize it, but some puzzles are hiding in plain sight, and it’s when you start looking at the game in a different perspective, that’s when it really clicks, that euphoric moment where you’ve solved a puzzle that has dogged you for hours, and now your brain is firing on all cylinders and you breeze through the rest of the puzzles. There are a few really abstract concepts that this game throws at you, and you’ll find a lot of it in the game’s audio logs. 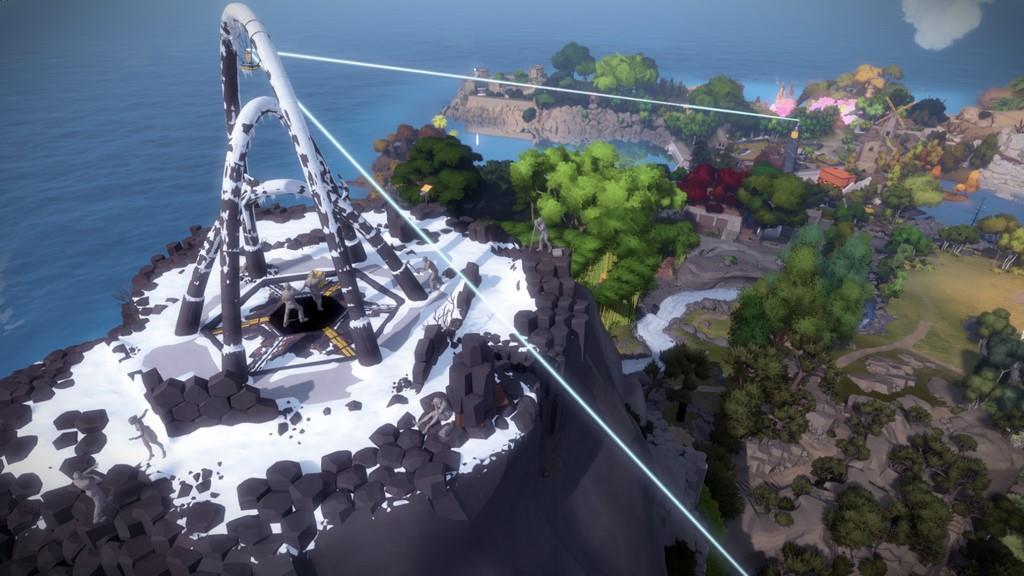 Peppered throughout the island, are audio logs, some hidden, some obvious, and they espouse a variety of quotes, from long heralded philosophers, individuals that have experienced the extraordinary and how it changed their view of the world, even views upon religion and how their themes fit in The Witness. All of them have a very practical application to your experience too, so you’d do well to seek them out and give them a listen. Beyond that, some of them are just utterly fascinating to listen to, and then there’s the theater, but you’re going to have to find that one on your own. Suffice to say, there’s no shortage of secrets in The Witness.

The Witness has a strange visual aesthetic to it, not quite cel-shaded, but very painting-esque. It’s a beautiful game, bright and colorful, almost to the point of being detrimental. I say that because some of the later puzzles will mess with color so much, it’s enough to hurt your eyes. The island is a beautiful sprawling landscape, and it’s got a few instances of frame-rate hitching, but not in any way that’s going to detract from the overall experience, certainly not while you’re trying to solve puzzles. Audio contains some choice readings by a number of actors, who recite their lines with aplomb, but there’s no real soundtrack to go along with the grinding of gears that’s going on in your brain, and honestly, that’s okay here. What music that is there is pleasant, but not really memorable.

Those few hours where I was really disliking The Witness seemed like the victim of the open nature of the game. You can go practically anywhere, and one area in particular cannot be accessed without the boat, you can wander in the areas around it, but to get to the puzzles, you’re going to need that boat, so chalk it up to my failed exploration for not realizing it sooner. But the game tries very hard to get you to grasp certain concepts, and for me it was just not clicking. It’s hard to fault a game for not spelling out the obvious, especially when it comes to puzzles, so I guess it’s just better to give a word of warning, this game is going to eat away at your time, and you’re either going to be plowing through puzzles, or banging your head against the same cluster for a while, while struggling to find the next set of accessible puzzles. You can tackle this in the same way you can tackle a Mega Man game, all the bosses are accessible, but you might not have the right power up to exploit their weakness, therefore making it harder on yourself. The only difference here is your ability to straight walk away and find something else.

And that’s The Witness. On one hand, it’s one of the best games of the current generation, equally deserving of the praise that Braid received when it was released for the XBox 360, which at this point feels like eons ago. This game has been gestating in Jonathan Blow’s mind for the past seven years, and it feels like it has reached that same level of perfection that made Braid an instant classic. I really think this game is going to be different for each person that experiences it, and like many others have said before me, it’ll click at different points for different people, and when it does, you’ll see this game in a whole different light.

They really don't make 'em like this any more. The Witness is an amazing game that you'll love to hate for its challenge, cursing it, wondering why you made the purchase, and then something will click for you, and it'll become one of the best games you've ever played.