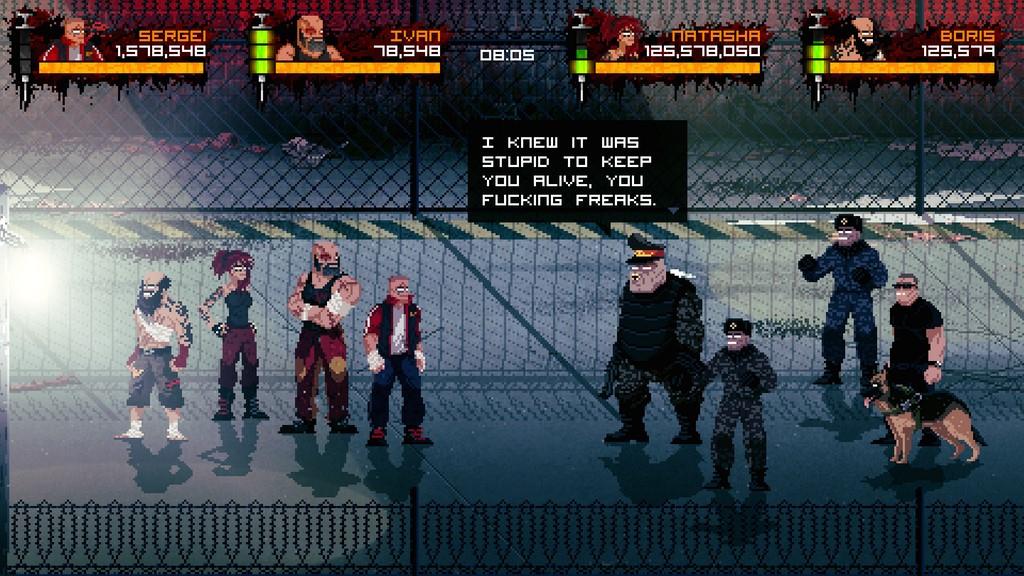 There was a time when the beat’em up genre ruled the video game world. Back during the 90’s arcade craze, games like Final Fight, TMNT, X-Men, and Double Dragon would draw groups of people for hours on end. Battling through hordes of enemies alongside your friends was every bit as addicting as it was entertaining. Over the 20 or so years since that time, the genre has sort of faded into obscurity. Few developers make games in that vein any more and those who do, often fail to grasp what makes a brawler good. Le Cartel Studio is not one of those developers; they get it and they prove that with Mother Russia Bleeds.

There are a couple of important aspects to making a good cooperative brawler. First off, there is the story. You don’t want anything too complicated or “deep”; it needs to be entertaining and “light” in a sense, like your favorite 80’s action movies. That is what Mother Russia Bleeds delivers. As one of four characters who have been abducted and experimented on by the Bratva crime organization, you are out for revenge using the newfound powers they have given you after getting you addicted to a new drug called Nekro. The foundation is quickly laid and then the action handles the rest of the story telling. That is exactly what you want and exactly what is delivered.

Each of the characters falls into one of the four classic genre tropes: balanced (Sergei), strong (Ivan), fast (Natasha), and the wild-card (Boris). You will want to select your fighter based on your preferred fighting style. You can play with up to three other players cooperatively for the best experience. While their movesets all consist of the same style of attacks, their exact moves will vary enough to make them all feel unique. This ties in heavily to the next important aspect of the genre: great gameplay.

The game plays like all of my favorite beat’em ups of the past. You have basic punch and kick attacks and have the ability to pick up a variety of weapons. If it isn’t nailed down, you can use it against your enemies. You’ll be wielding knives, bottles, bricks, chairs, bats, pipes… you name it. There aren’t any complicated inputs required either, you simple pound your way through the enemies using these basic attacks. Of course, you can mix things up by throwing in jumps and dashes to vary things a bit. There are unique combinations of attacks to be found depending on the character, which really adds a bit of depth and a more modern feel. It isn’t overwhelming though, and comes across as extremely accessible for players of all experience levels. 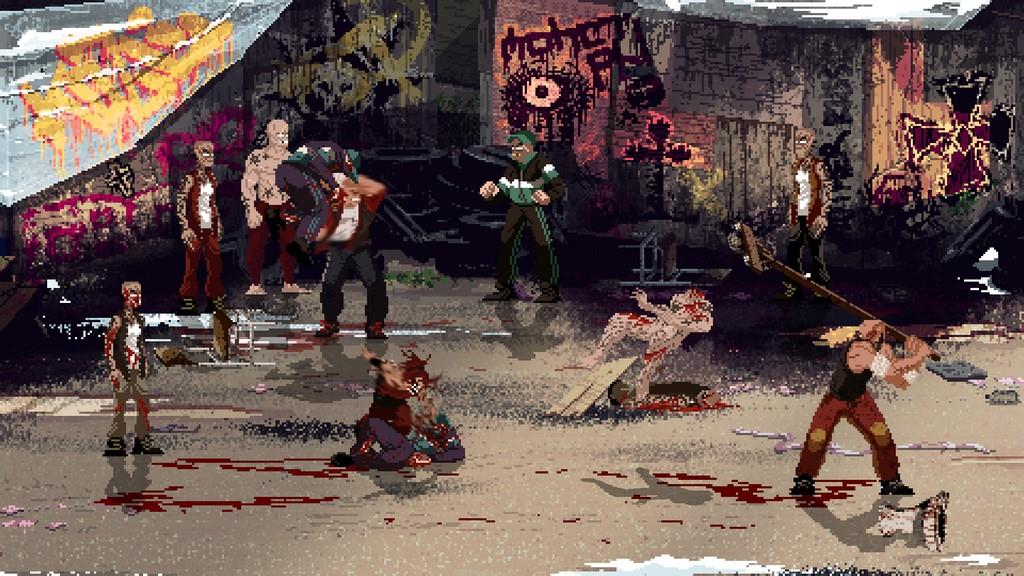 There is a new element added to the game thanks to the drug element in the storyline. Nekro is more than just a narcotic that the characters, and the population of the gameworld in general, have developed a major addiction for. The drug gives users a major power boost; turning them into raging beasts at times that can run through hordes of enemies with ease. As a result, you will need to manage your intake of the drug throughout the game. You will find batches of it throughout the world and can inject into yourself to restore health or to give you a temporary rage boost. It isn’t everywhere though, so you will have to scavenge the game world for it, and that includes extracting it from your fallen enemies before they die. There are multiple strains of the drug too, each having different effects on the character and you will get to choose them along with your character after you have unlocked additional ones through the game’s survival mode.

Another aspect to an enjoyable beat’em up experience has to do with the visuals. They need to be varied and full of “character”. Mother Russia Bleeds manages to pull this off while still borrowing traits of classical games that are often joked about and mocked. While you will battle a wide variety of enemy types, from homeless wanderers to military police and even wild animals, you will see varying versions of these enemies that may differ only in colors. While this originated from technical limitations years ago, it has turned into a running joke of sorts for the genre and seeing it included really helps with the nostalgia of the experience. 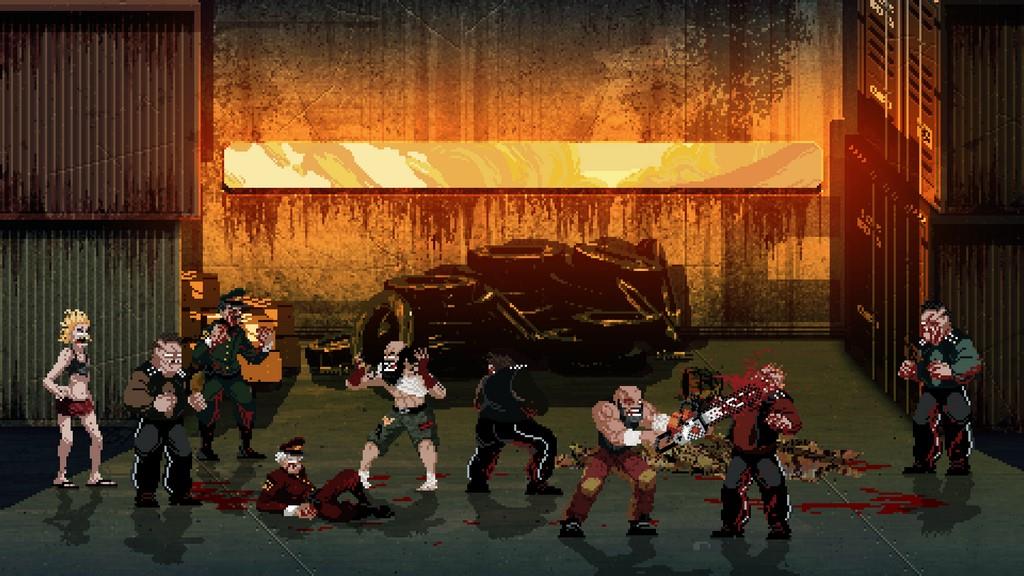 Be warned however, despite the pixelated, 16-bit style visuals of the game, it is ULTRA violent. The level of violence and gore is almost over the top at times. I don’t mind games like Mortal Kombat and Hotline Miami, but there were points in this game where I felt a little uncomfortable. All of the characters models will slowly deteriorate as they take damage, and things can be very vivid in terms of the pain you are inflicting. I don’t mind animated gore, but when it gets to a level where I am pinning down a dog and beating it to death with a brick, even if it is an enemy, that becomes a bit much for me. This is definitely a game that you do not want younger eyes to experience.

Even with the extreme gore that did detract a bit from the overall enjoyment, the core of the experience was more than enough to hook me on Mother Russia Bleeds just like the classic Konami and Capcom beat’em up games of my childhood. The action is non-stop and a ton of fun when playing with friends. It’s easy to pick up and play either for a quick session or an extended one. Hopefully this is just the beginning of a rebirth for the genre, as I think the world needs more of these simple yet addictive gameplay experiences.

Despite being a little over the top at times, violence-wise, Mother Russia Bleeds is a fantastic brawler at it’s core. Addicting gameplay with a classic look, this one should keep you and your friends entertained time and time again, just like the classic beat’em ups of the past.