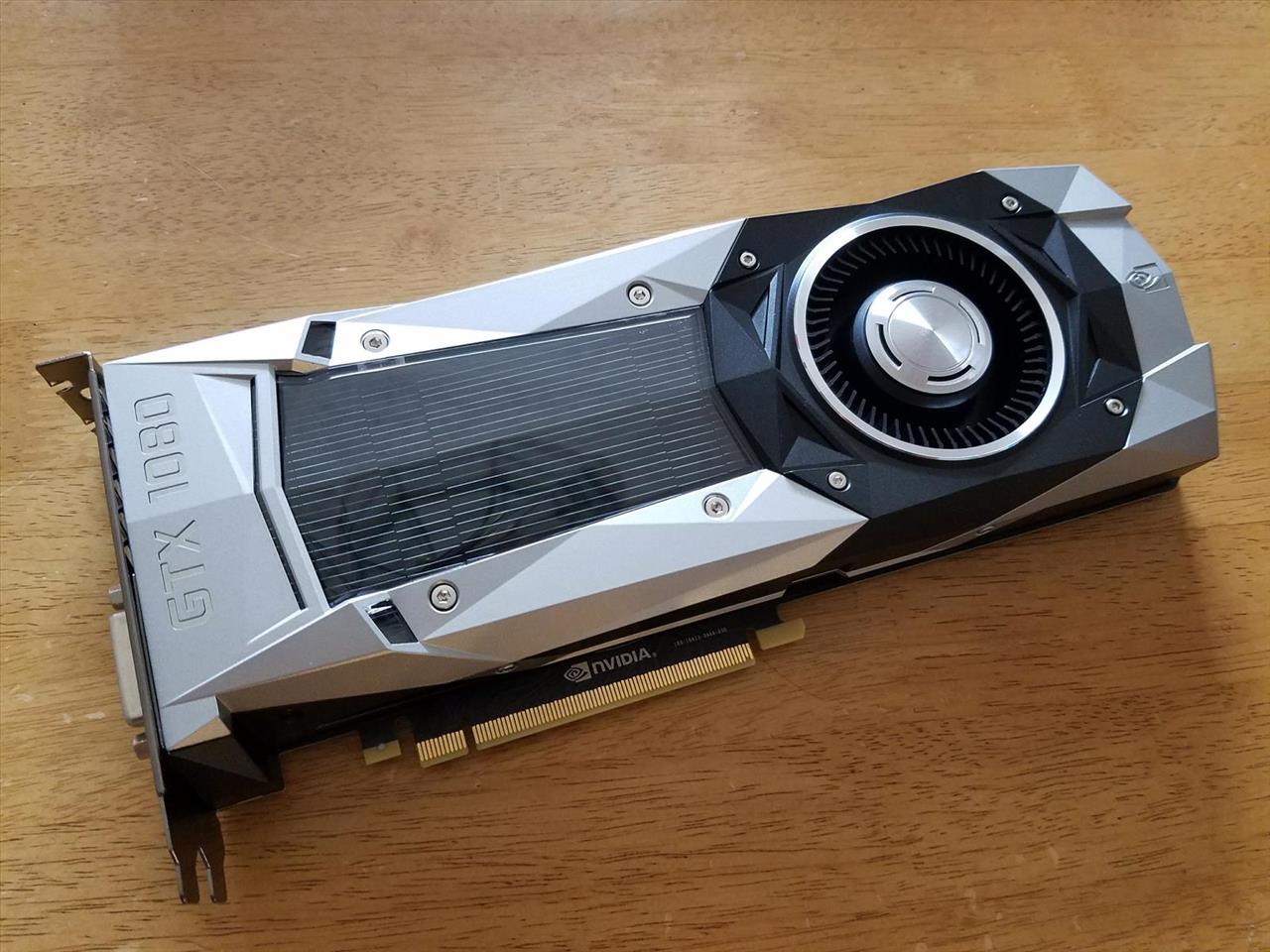 It’s been almost two years since the release of the GeForce GTX 980, which was such an outstanding card that I was using it up until recently. A few months ago, NVIDIA launched the Pascal line of cards to much fanfare. Great performance at a good price, the GeForce GTX 10XX series was hard to come by and was in high demand.

I’ve been mulling over picking a Pascal based card for a bit, mostly because I was very heavy into VR games with my HTC Vive. Thanks to NVIDIA,  they were very generous in sending me a GeForce GTX 1080 to try out. It’s a Founder’s Edition card, like what every reviewer received when from NVIDIA when it first came out a few months ago. Does it warrant the high demand from gamers?

The GeForce GTX 1080 is the first card that’s based off the Pascal architecture, the successor to the very successful Maxwell architecture. Designed with 4K and VR gaming in mind, it’s poised to be one of the best most powerful cards on the market, bested only by its Titan series and in the inevitable Ti card.

Coming from the Maxwell architecture, Pascal uses a 16nm manufacturing process versus the 28nm in the previous line. What this entails is more transistors in the same amount of space and allows for reduction of heat, power consumption and costs.

Let’s look at the table comparing Maxwell versus Pascal:

All in all, you can see there are more CUDA cores, faster speeds, but with only a slight bump in power draw at maximum load. Memory has also been transitioned to using GDDR5X over GDDR5, which theoretically doubles the memory bandwidth.

Compared to the GeForce GTX 980, you can see the card has some changes to the casing.  Length and width wise, it’s identical. On top of the card is a an SLI connector that allows 2-WAY SLI. You can do up to 4 cards, but that’s not recommended. More on that later.

A single fan that sucks in air and channels it through the PCB and out the back is very quiet and efficient. I barely heard it running and my computer’s pretty quiet with a water cooled CPU and four SSDs. 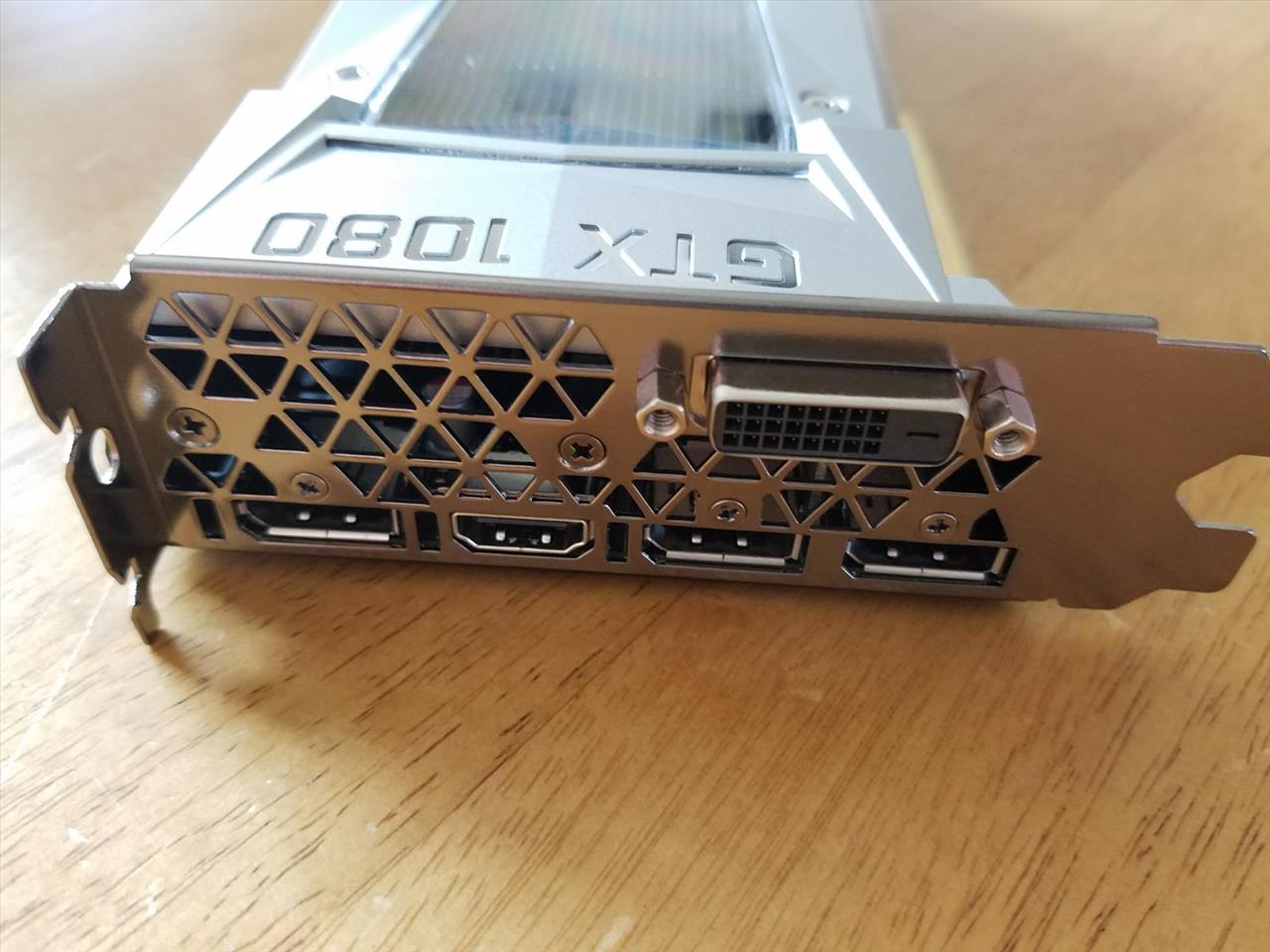 One of the nice improvements on the GeForce GTX 1080 over the GeForce GTX 980 is that it only needs one 8-pin power connector now, whereas the GTX 980 needed a 6 and an 8 pin connector. Thanks to the die shrink, only one is needed now.

Now back to the SLI question. 2-WAY SLI, as explained before, is supported out of the box. NVIDIA has a new high bandwidth bridge that doubles the bandwidth between cards and NVIDIA is focusing on two cards being the way to go. 3 and  4-WAY SLI will only work for certain applications so picking up more than one more should not be a consideration unless you are going to be using it for the applications supported. Currently, it seems that only benchmarking software will be supported, but I wouldn’t be surprised if that is the extent. So, if you’re thinking of getting a multi-card setup, get two and only two.

So to test the GeForce GTX 1080, I popped it into my main gaming rig, which is comprised of the following:

All games were ran at least three times with the averages shown below. For games without benchmarks, I used FRAPS to traverse a predetermined area as consistently as I could. All tests were done at 1920x1080 resolution.

Call of Duty Black Ops III, Elite Dangerous, Fallout 4, and Project Cars were run using a saved game whereby I repeated my steps as consistently as possible. Grand Theft Auto V was done using the built in benchmarking program and the score reflects the final scene where the car crashes into a roadblock. 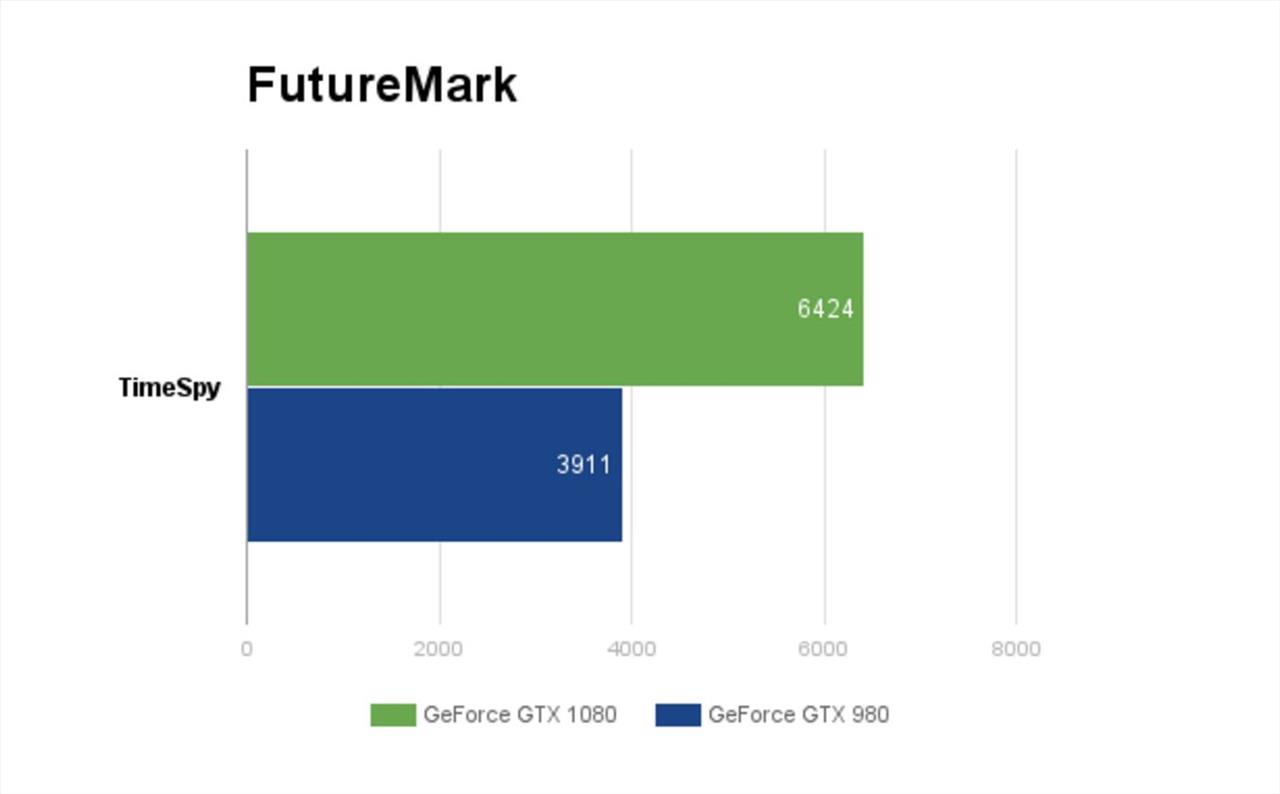 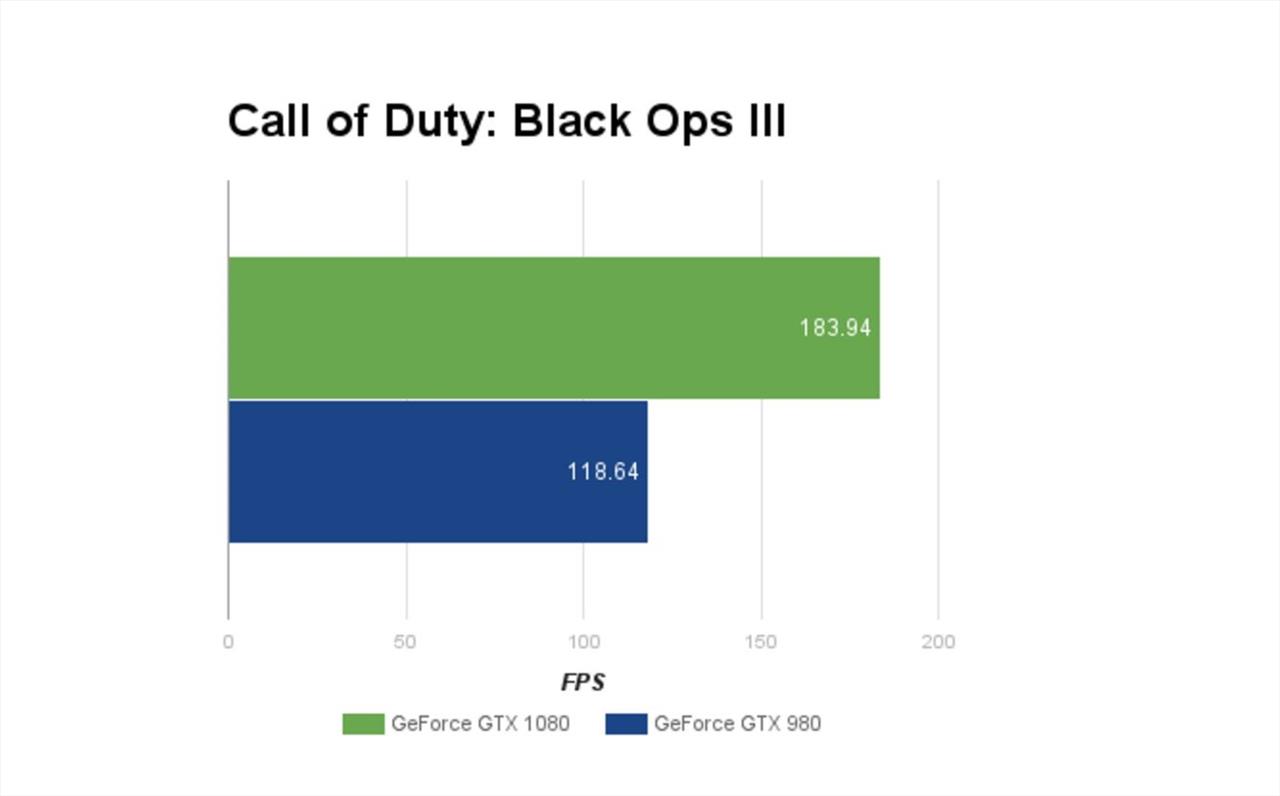 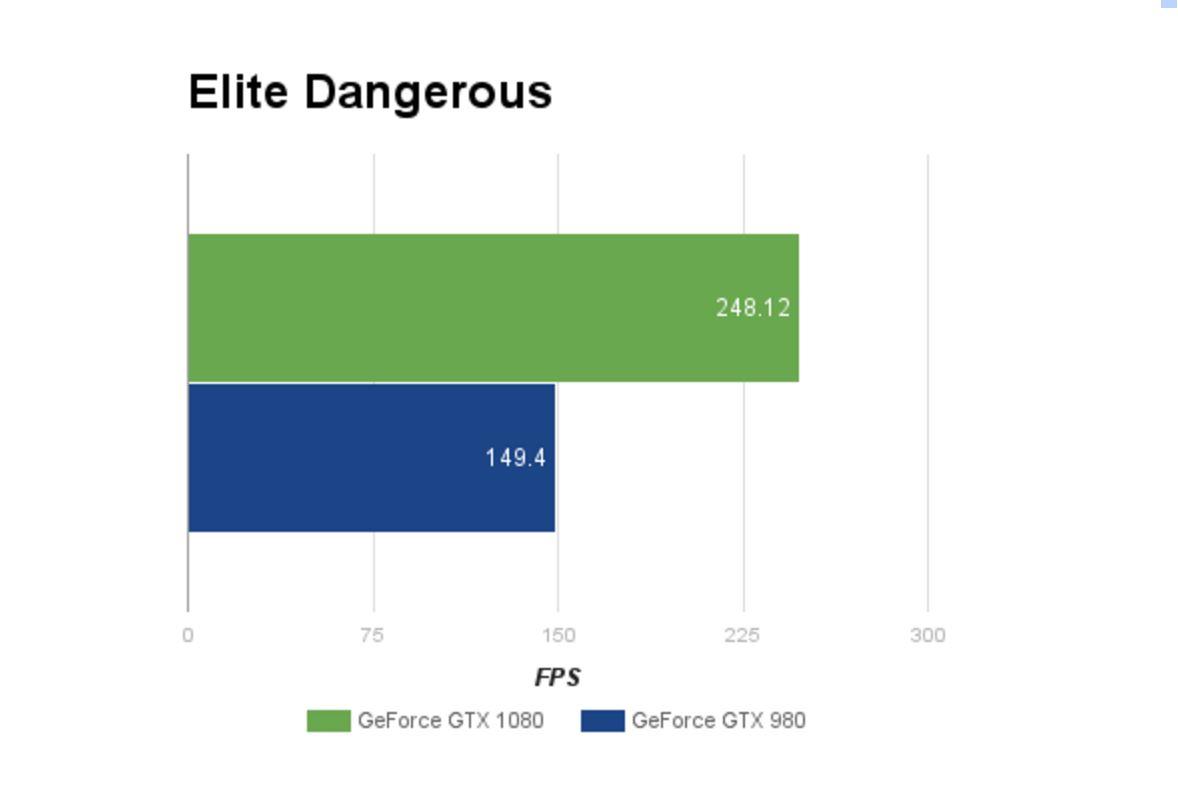 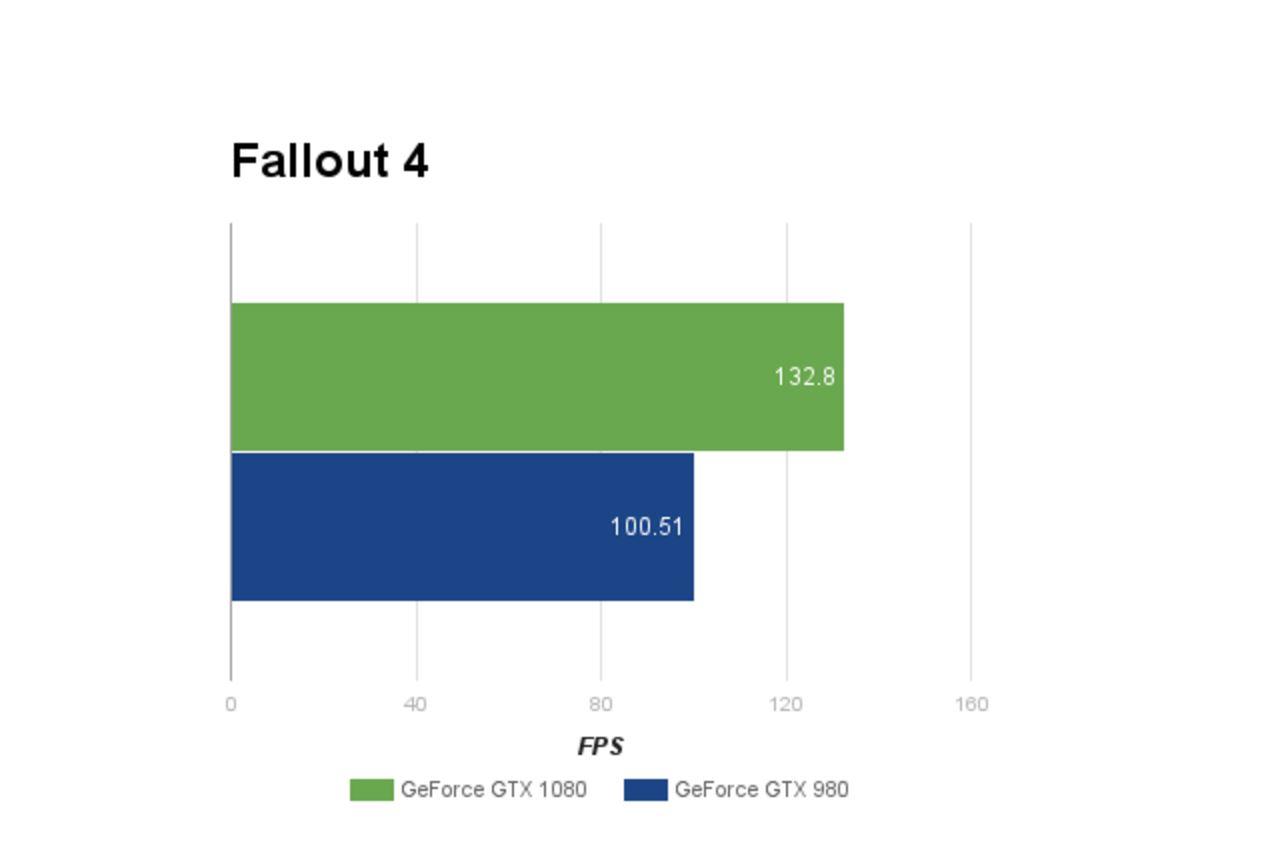 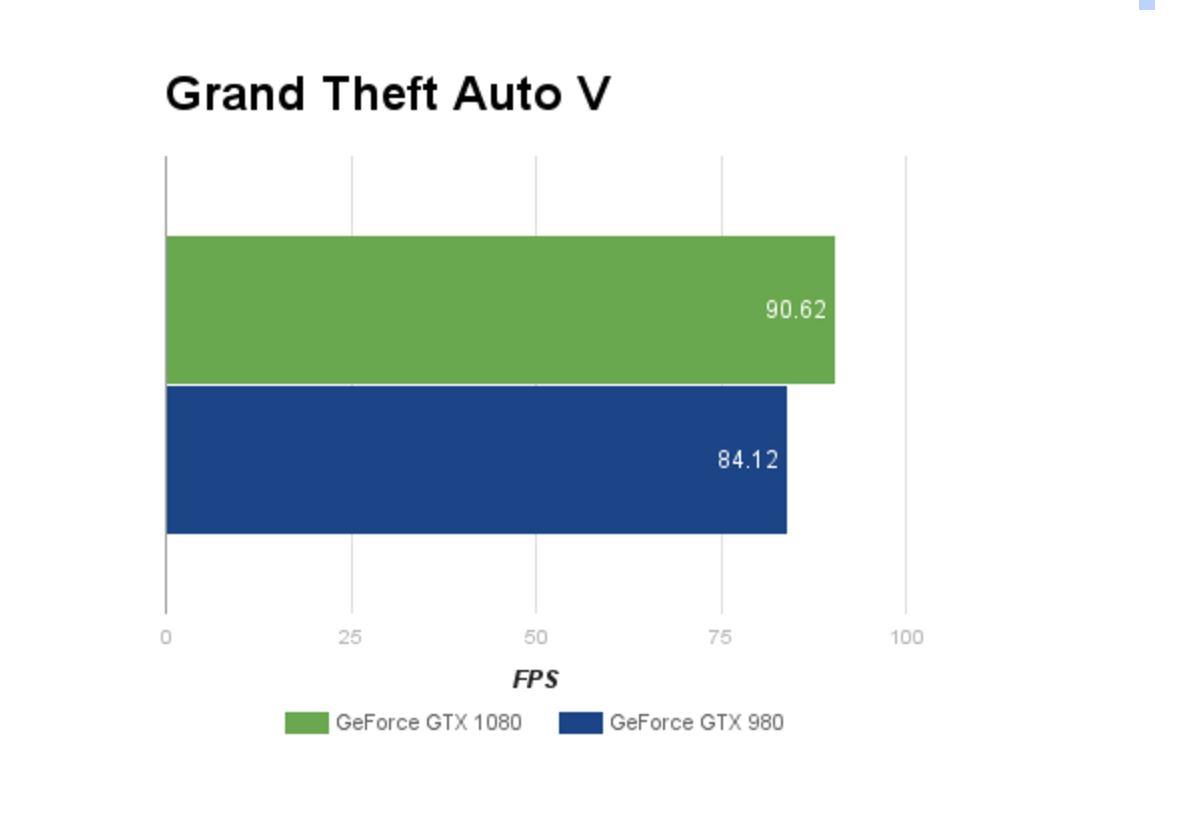 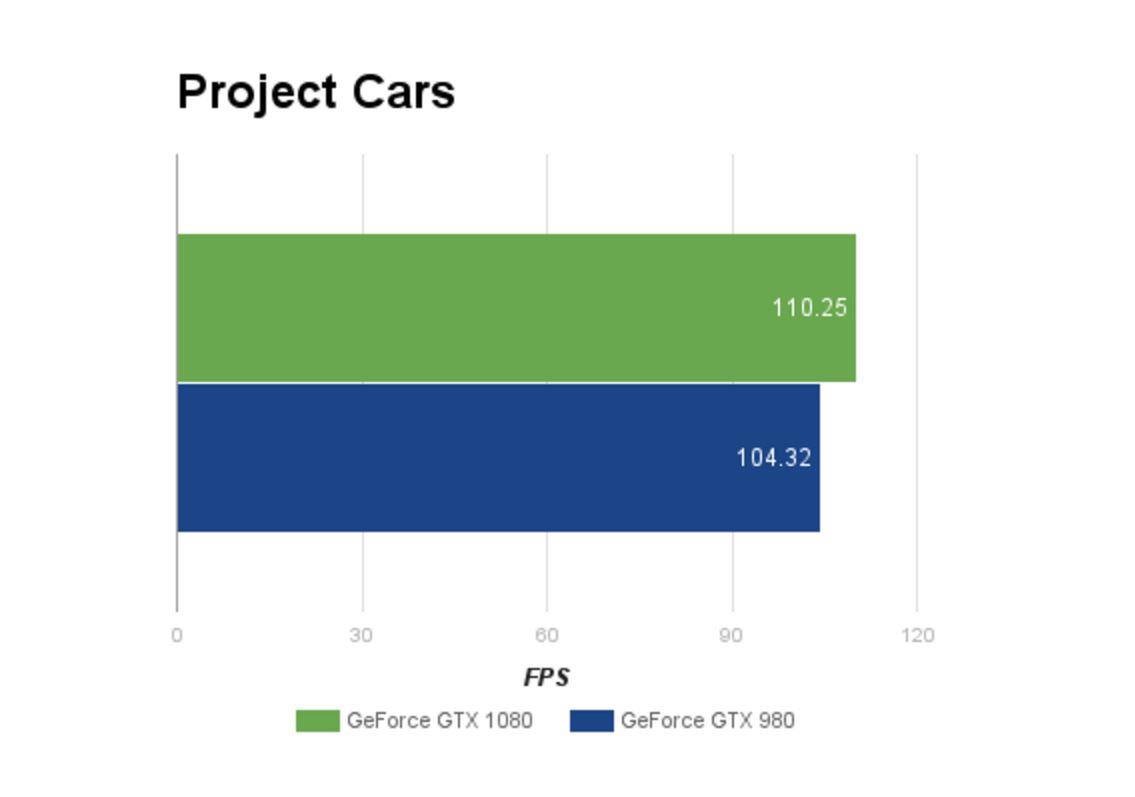 Depending on the game and the situation, you’ll get some pretty significant gains. Now, where it can get interesting is the 4K realm. I’ll have to pick up a higher resolution monitor to test the card, but I feel like it’s got great head room to run a lot of games with many features on above the 60FPS threshold.

Now let’s talk a little bit about VR. I have an HTC Vive and I’ve been looking for a card to not only run the current crop of games at above 90FPS, but future games as well. My GeForce GTX 980 was close to the bottom of the VR recommended list and it didn’t even meet the low requirements for NVIDIA’s FunHouse VR with it.

Let’s take Pool Nation VR for example. With the GeForce GTX 980, I was running at high quality with a supersampling rate of 1.4 before it dropped below 90 FPS when I would move around. Using the GeForce GTX 1080, I was able to bump the graphics setting to Ultra and the supersampling rate to 2.0, which yielded an incredible increase in fidelity and immersiveness. A similar increase in graphics quality was done across the board in other games, Raw Data being the other I was most pleased with. And I would be remissed if I didn’t mention how smooth the graphics were in Hover Junkers. 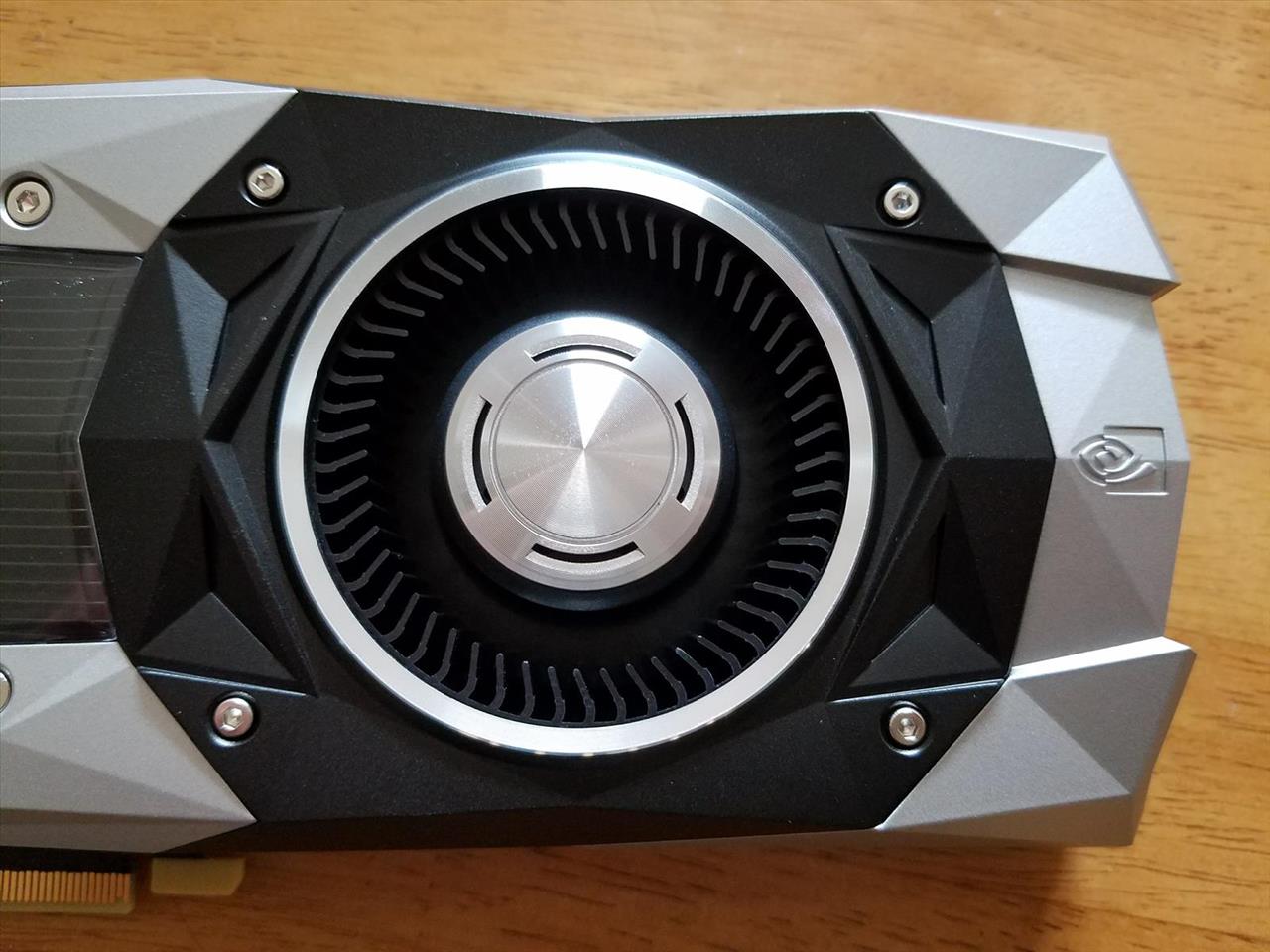 The Pascal cards, like the GeForce GTX 1080, supports Single Pass Stereo and Lens Matched Shading, a potential boon in VR performance. The tech allows for just one rendering of the image as well as matching the curvature of VR lenses instead of doing two renderers, one for for each eye, like it’s been traditionally done. So if you’re thinking of getting a card for VR gaming, Pascal cards like the GeForce GTX 1080 should be on top of your list.

There’s also a new feature called Ansel, if you like to take some great screenshots of your games. It’s not limited to Pascal cards, but it is worth mentioning since it’s introduced in drivers coinciding with the GeForce GTX 1060 launch. Games like Mirror’s Edge and The Witcher 3 currently support Ansel with more to come. Ansel allows you to freeze the game and move a camera around to various positions so you can take some gorgeous in game photos. You can even do a 360 degree picture that you can view on your Samsung GearVR, Oculus Rift, or HTC Vive. Various filters are also available to pretty up the screenshot. Taking great screenshots is easy and you’re given a lot of options to improve the picture as well.

While a few years has passed since I’ve reviewed a GeForce GTX card, the last one being a GTX 980, and NVIDIA has hit it out of the park with the GeForce GTX 1080. It’s blazingly fast and it’s gotten me into looking at upping my monitor’s resolution now. Maybe not to full 4K gaming, but definitely 2K monitors, preferably a GSYNC one.

It's a powerful card and one that's sitting at the top of the hill in terms of performance and features. The GeForce GTX 1080 is the card to get for enthusiasts.