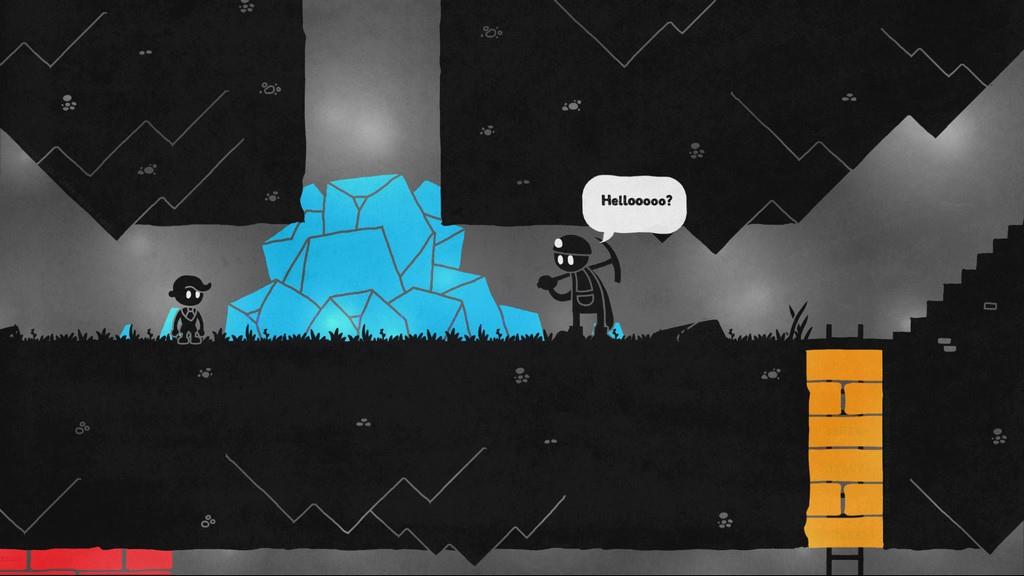 Most people take colors for granted, not realizing the effect they have on the world around us. How differently would the world be if grass was yellow, or the sky was green? Do we all see colors the same way? We don't often realize how much of a difference a small change in color can make, both in terms of your perspective and your mood. That seems to be what developer Fiddlesticks is trying to show with their latest game, Hue. Hue is a new puzzle-adventure that is all about manipulating your environment with small changes in color. These changes are made one color at a time, but that's sometimes all that it takes. 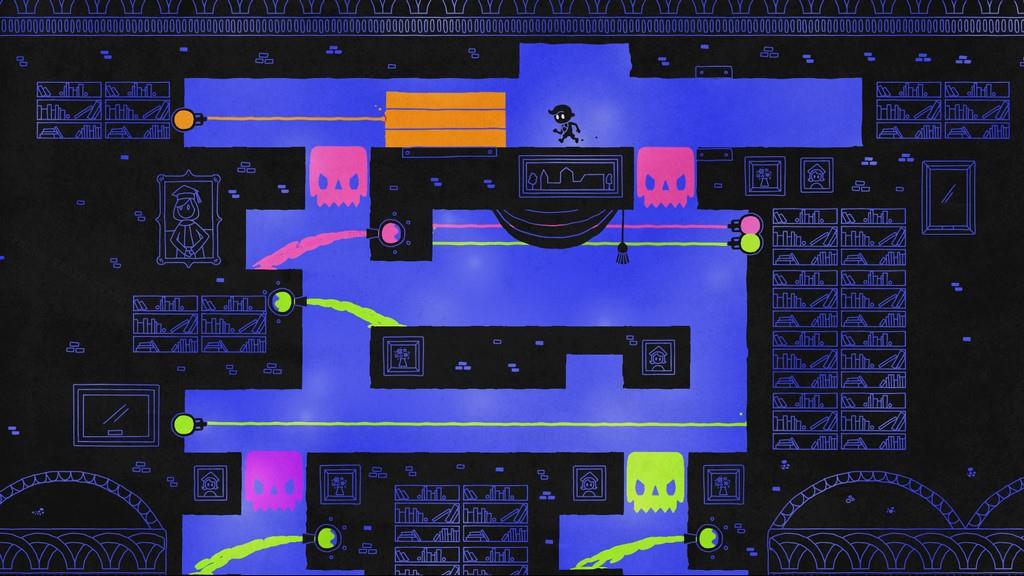 The story is about a boy who is learning of his mother who abandoned him at a young age. She was a researcher who explored the world of the visual spectrum along with a colleague. Hue, the game's character, finds pieces of her research in the form of letters she has left behind for him. As he learns more about her research he starts to learn that perhaps her disappearance was not as clear-cut as it seems. Through the narration of these letters, the game attempts to provoke some interesting thoughts and perspectives on the topic of color and the world in general.

Do you and I see the same thing when we look at something that is blue? How different would our world be if this guy was red? I'll be honest, there are questions I found myself wondering at one time or another, although I know that not everyone will appreciate the game's attempt at psychological depth the way that I did. The good thing is the game presents these things in a manner that is never forced. They’re offered in passing as an attempt to give you a deeper experience. It is up to you in regards of how deeply you choose to explore them.

Much of Hue’s world is made up of basic black and white shapes. It has a crisp, detailed art style, despite its minimalist design. It looks a bit like a modern day Game & Watch title. There are some shades of gray in between, adding accent to the details, but everything in this world is made up of crisp, dark shapes with white accents. With that description, things would appear to be very bland, but they are anything but. As you advance through this adventure, slight dashes of color will begin to make a world of difference. Your perspectives will change and new elements in the world around you will come to light. The entire gameplay experience is centered around this fact.

As you progress through the world you will gain pieces to add to your color palette. Once they have been obtained, you can switch between these colors at will, which can drastically change your environment. All of this happens with a simple alteration to the background behind everything in the game. It doesn't sound like much, but it can make a world of difference for your character, Hue. Choosing a different color may bring different objects into perspective that were not visible before. It may also create walls and obstacles that alter your path. Some of these objects can be moved by pushing or pulling them across the screen; others cannot. It is up to you to experiment and survey all of the different options.

You build up a palette of eight different colors before all is said and done. Thankfully, they are all rolled out to you over time, allowing you to master the balancing act that is required to manage them all. You then have to manage all of them to allow you to see the world in different ways. It comes across as extremely simple at first, requiring you to simply change the background color to see a hidden door, or just to reveal a crate that you need to push to a certain spot in order to trigger a switch, or bridge a large gap. Eventually things will become a lot trickier—and can even approach frustrating at times—as you are required to rotate through multiple colors in quick succession as you leap through the air across large chasms and run from falling debris. The game does a good job at ramping up this difficulty level, easing you into the harder puzzles. However, I would be lying if I didn't admit that it often gets to a point that can drive you mad. I had to take numerous breaks from the action in order to calm my nerves and rethink my strategies. 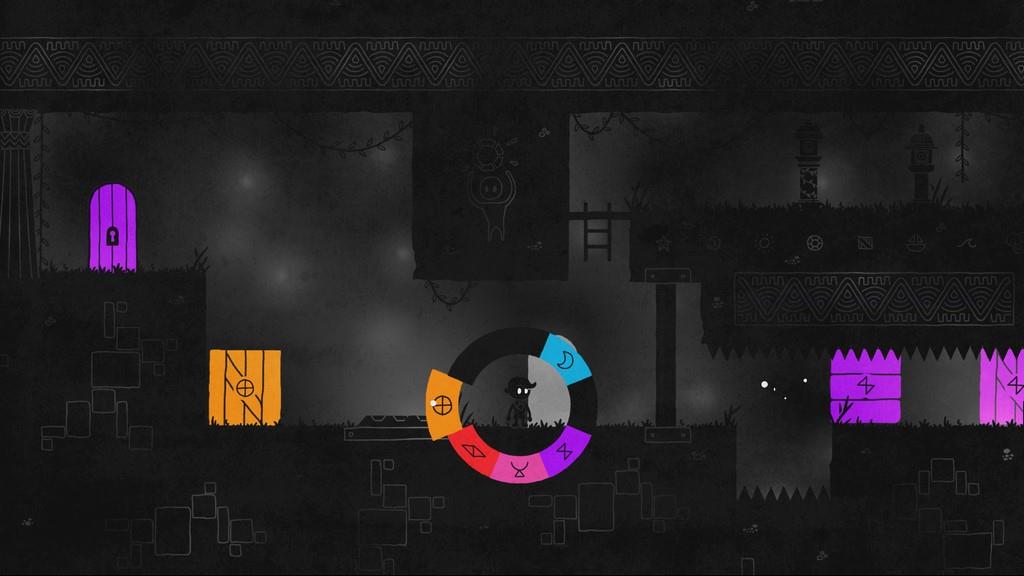 One of the things I really appreciated about the experience is the fact that the developer included a colorblind mode. I have numerous friends that are colorblind, and there have been so many games based on the visual spectrum that I have seen them miss out on. Hue offers an option that allows players to switch out the color spectrum with visual shapes and patterns. When activated. It really bolsters the same gameplay experience and, in my opinion, actually enhances the deep thoughts the game has to offer.

Hue is really an ingenious and simple idea that is really well-executed. The entire concept works really well and it creates a fantastic, thought-provoking puzzle game. Managing a color palette consisting of eight different colors does become a little difficult at times. There are a couple of the colors on the player’s palette that are too close to each other in terms of their visual perception. The pink and violet hues caused me issues on numerous occasions; they are extremely similar. I think that this number could have been reduced by two or three and it would have made the game a little more enjoyable and accessible. All in all, what is here is still a fantastic adventure and one that you will find enjoyable if you like to be challenged.

A simple concept that is very well executed, Hue is a nice change of pace from the usual game releases.  The narrative is what's provoking in the gameplay; it will stretch your mental muscles.