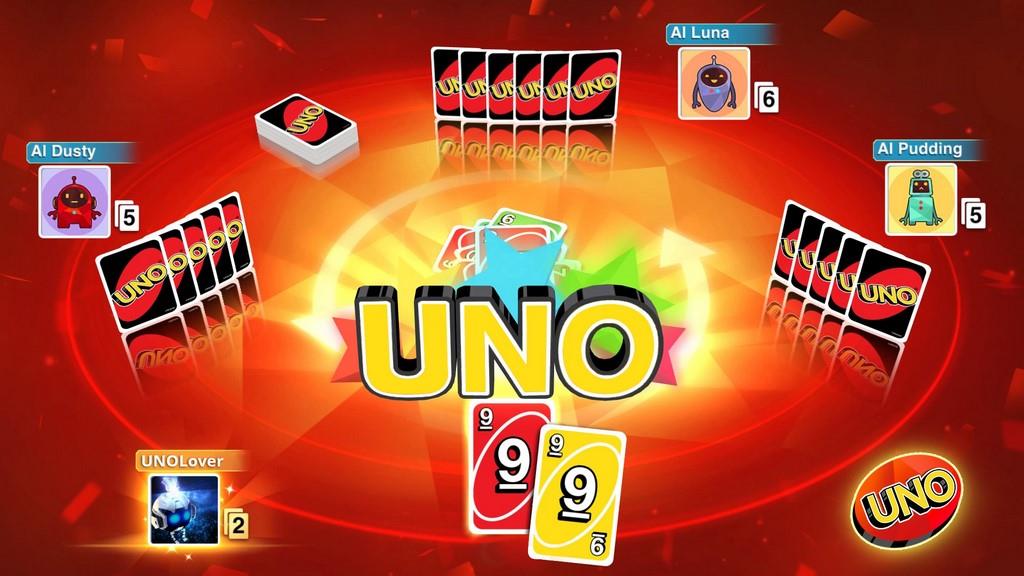 I’m going to go out on a limb here and assume that you’ve already played Uno at least once in your life. It is possibly the most ubiquitous card game of all time, perhaps followed closely by Go Fish. Uno is the PAC-MAN of cards, and this latest edition of digital Uno, much like the latest edition of PAC-MAN, does almost nothing new.

My main question with this new version of video game Uno is a question I hate asking: why does this need to exist? I hate that question because I feel it is incredibly limiting and pessimistic. No game needs to exist, and thinking about things in such a way, I feel, is cynical and discourages creativity. I do however think it’s very relevant here; not because I don’t like Uno, or because I don’t think board and card games should have a digital version, but because this is such a bland version of Uno that there is absolutely no reason not to just buy a deck of cards. The user interface should be fun, the backgrounds should be varied to break the tedium, there should be tons of new spins on a classic. Instead, it's the same Uno you've always known, with a few extra optional rules, and practically no benefits over just playing with the cards.

Worse still, because of new restrictions on multiplayer communication, you basically have to pay a collective $40 so you and three friends can play Uno together, when you could just buy a deck of cards at Wal-Mart. What are these new restrictions? I hear you ask. If you were around for the Uno on the Xbox 360, you may have experienced what an absolute wasteland of hedonistic debauchery it was; it was basically Chat Roulette with Uno on the side, with the Xbox Live Vision camera being the window into the room of basically every deviant with an Xbox. I’ve heard tales of, shall we say, indecent exposure, drug use, and . . . well let’s be honest, it was mostly just people flashing each other. This was obviously incompatible with the “fun for the whole family” vibe that Uno is generally accepted to have, so something had to be done.

Unfortunately what that ended up being was completely restricting voice and video chat with anyone that isn’t on your friends list. I honestly don't really know what any other solutions could have been, but it's kind of a shame, because while the matchmaking is no longer the Wild West, it’s also completely lifeless and almost no different than playing with the AI---and that’s assuming everything goes according to plan. In nearly every instance of matchmaking in my time with the game, I was dropped in halfway through a match, people quit and were replaced by other drop ins, or someone just literally stopped playing, essentially ending it and causing everyone to quit. Sometimes, it was all of the above. There are really only two advantages to playing with other people: 1), people can be dumb and make dumb moves, and 2), you don’t have to constantly suspect the AI of cheating. 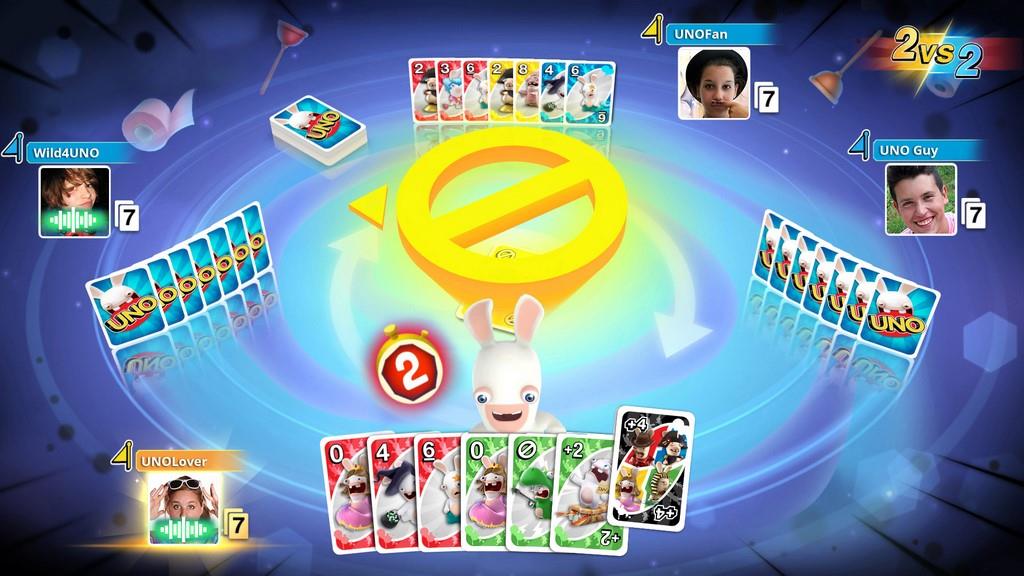 Speaking of which, I constantly suspected the AI of cheating. Cheating may be too harsh a word, but boy oh boy do they seem to get lucky a lot. I had an occasion where two AI players played reverse cards one after the other six times. That just seems incredibly unlikely, and stuff like that happens constantly, and whether or not there’s anything to it, that sneaking suspicion that something shady is going on never left me and colored my experience with the AI. Your mileage may vary on this, I suppose; perhaps I just can’t bring myself to trust the machines.

Something this version of Uno does that I like is add a few house rules that can pretty significantly change the way the game plays. Some of these, I think, actually improve it. For example, one of the house rules makes it so that if you have to draw, and the card you draw can be played, it is immediately played, preventing you from adding it to your hand. Another rule, probably my favorite, lets players stack the Draw 2 and Draw 4 cards. Basically, if someone plays a draw 2, you can play another draw 2, which passes it over to the next player who now has to draw 4, and so on. These rules do change the flavor of the game, and can require you to think a bit more tactically, but there are only a handful and a few of them absolutely suck and make the games go on forever. There is also a new deck with a few new cards with new effects. Sadly, this new deck is Raving Rabbid themed. The new cards basically function the same as the house rules mentioned above, but it is worth playing to shake it up.

With the small amount of substantial bonus features and the almost completely lifeless multiplayer component, it's hard to recommend playing this game over playing it with a physical deck of cards, especially since it would cost a frankly ridiculous $40 dollars for a four person group to play with each other over the internet. If you really love vanilla Uno and just want to spice it up a little, then I guess this game would probably satisfy you. I just can't imagine there are many people who would benefit from playing this instead of the actual card game. If we're going to start turning card and board games into video games, we need to make them with enough flair that the video game version is superior. This version of Uno is, in the end, just regular Uno. Apply that to your life as you see fit.

With new restrictions on multiplayer communication undermining the only reason to play a video game version of Uno, there's no reason for you to play this instead of just playing with a deck of cards.