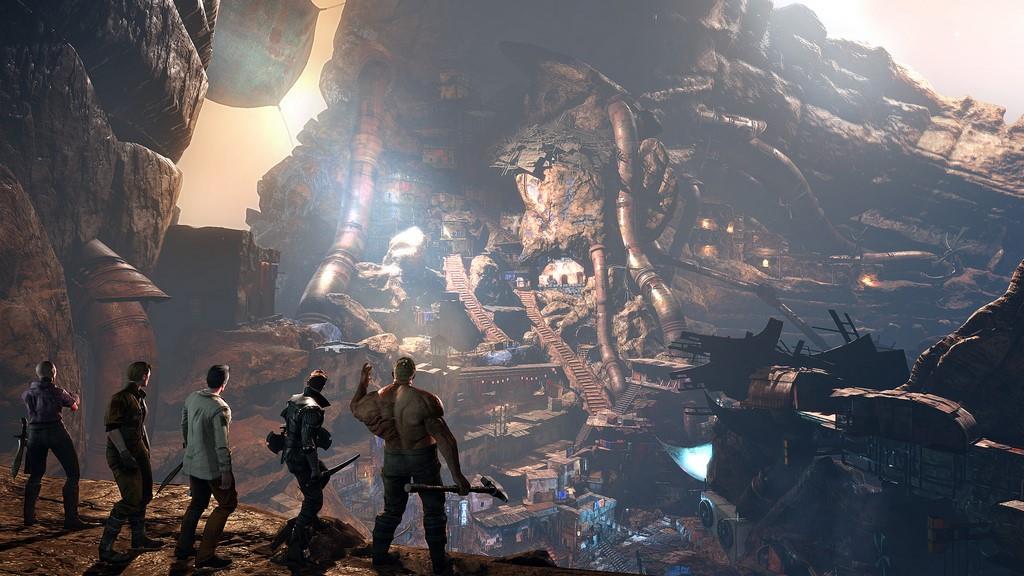 The Technomancer is set on Mars in a futuristic world where humans live in a decentralised society run by the companies whom own the most valuable resource on the planet, water. The story is set during the ‘War of Water’ and follows our protagonist Zachariah whom is from Abundance, a powerful corporations on the planet and involved in the War of Water.

The Technomancer looks well and looks like a polished AAA RPG from afar. However the shine wears off quickly. There are brief moments during gameplay in which the player can appreciate the environments and art concepts provided by the game. If in combat with more than one Technomancer expect to be distracted by the spinning electric arcs which take up the majority of the screen. Keep mashing the buttons until you don’t feel any more vibrations and use a 4/1 dodge-attack ratio to stay alive. It sure looks pretty but it does nothing to quell hunger. Much like lettuce. It looks good but it doesn’t do anything. The same applies for the crafting system. Players can salvage, refurbish and create armour and weapon pieces. Before the player can begin crafting and collecting goodies they must first spend a point learning how to salvage. In other words how to recycle. I’d understand if the first perk allowed the player to collect new resources or increase resource gain from recycling but it’s literally to allow the payer to recycle. This feels cheap considering how slow it is to earn a level in the game.

The writing is sub-par and unoriginal. It borrows heavily from the greats of its discipline. At no stage is there a sense of urgency or purpose to the missions. The dialogue exchanged between characters feels cold, dry and borderline sarcastic. The characters relationships are boring and stereotypical of the genre. We have the caring mentor, the tough but fair master, the charismatic but humble protagonist and the list of stereotypes goes on. The game ticks the boxes but doesn’t push boundaries or bring something new to the plate. Missions have multiple endings which can be explored through the dialogue options when in conversation with NPC’s. I can’t stress how little I cared about the NPC’s and side quests. A narrative should have something a player can associate or disassociate with, especially in a video game. Without such a relationship I didn’t, as a player, care about what they had to say or what happened to them. How could I after the third hour of monotonous mono toned voice acting emanating from stiffly animated mannequins with thin lips. The best example of this is during the beginning of the game where we have a scene shared between the protagonist Zachariah and his mentor Séan. In this scene players can admire the mono-toned voice acting, boring dialogue as what looks like two clothed mannequins awkwardly sway in a non-existent wind. I chose this example because it requires very little of your time, which is more than what the game deserves.

Couple the horrid level design with the worse UI I have had the displeasure of experiencing this year. No doubt it’s a pretty UI. Its aesthetics ticks all the boxes that’s to be expected of an AAA game but it becomes a hindrance. Oh my, I see you have multiple missions. I’m going to add a marker to every exit in the area so you, the player, must check the map constantly for fear of running in circles. This happens anyway. My biggest problem is with the level design. I can get over the incompetent UI by turning it off or ignoring it but not so much with the levels. The levels feel rushed and unconsidered. Cul de sacs or dead end streets are everywhere and can waste your time without warning. Beware of them, there are many. 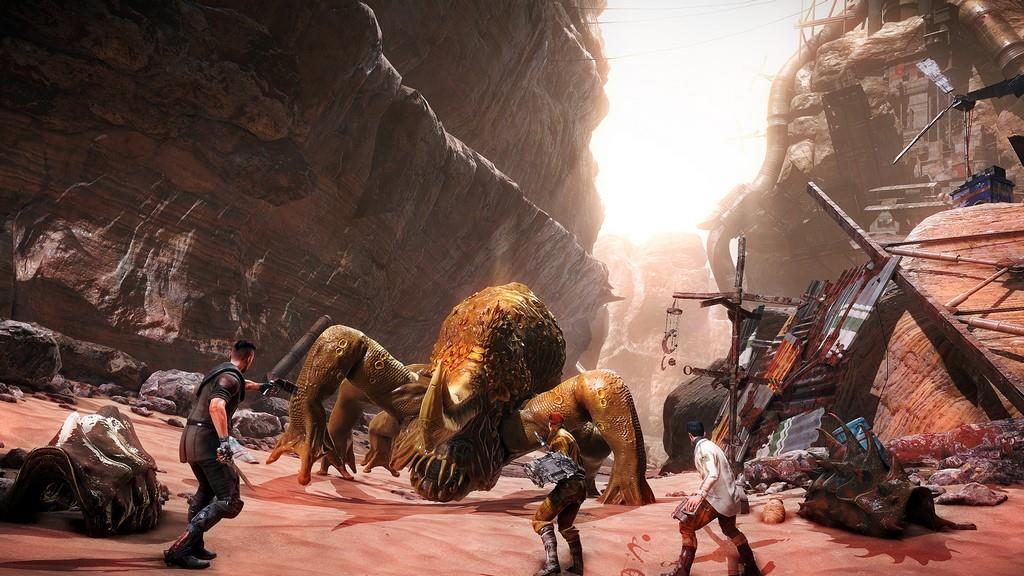 Unlike like the graphics, and writing the combat looks good, however it leaves an ashen taste on the palette. The character has the ability to fight in three different styles. These include the Rogue, Warrior and Guardian fighting styles. The Bloodborne Rogue fighting style involves a short melee weapon and a pistol from which the character parries and attacks. Think of an incompetent Bloodborne Hunter. While the Bloodborne Rogue fighting style incorporates a pistol for parries, the Warrior can kick the bad guy. It does no damage but interrupts the enemies attack. The Warrior can also spin a stick over his head really fast for an AOE attack which does little damage. The Guardian fighting style uses a shield and large melee weapon. This playstyle involves blocking an enemy attack and then attacking. Rinse and repeat. I found that “parry, attack, parry, attack” to be the most effective method of vegetating through the game. The combat is so dry that I’d rather eat a spoon of cinnamon. During combat the majority of the player’s time is spent dodging attacks. It’s very easy to become overwhelmed by enemies even in the early game and its punishable by a poor animation of the protagonist dying and the screen turns to black. Such was the level of frustration that I regularly expected “You Died” to come up on screen.

Enemies are bullet sponges and cannon fodder. They are inconsistently stronger or weaker than the protagonist so its very difficult to judge whether levelling up does anything for Zachariah. Even on Easy mode – play the Protect the VIP mission before judging me – you can expect enemies to take much more damage than you and to relish the beating you deliver unto them. The Technomancer, our protagonist can fart lightning from his fingers up to a distance of what seems like 10 yards. It’s a shame most enemies carry fire arms with much better range. AS the Technomancer players can add an electric current to their weapon for use in melee attacks. I thought that fair enough but why does it use up so much ‘fluid’? Fluid being the unit of measurement used to judge how much an electric ability, or Technomancer ability, uses. It’s annoying and I don’t see the point in it other than another pointlessly added mechanic to slow down the gameplay. Very little is mentioned about fluid through the story and even in the prologue where we learn of the history of The Technomancers nobody mentions it nor explains it. It just is.

In fairness to The Technomancer it is consistent and by that I mean consistently disappointing.The Technomancer ticks all the boxes of a AAA game, but lacks the polish of its peers and does little to stand out as an RPG. Yes, at times the game can really shine. Mainly when you're admiring scenery from afar. This is the part that annoyed me the most. Obviously time was spent to make the game pretty,  but at what cost? The writing is predictable and cringe worthy and the combat is boring and dry. Somewhere beneath its surface lies a polished game. Its unfortunate the flaws are so deeply ingrained within the game that they cannot be ignored and it breaks the immersion.