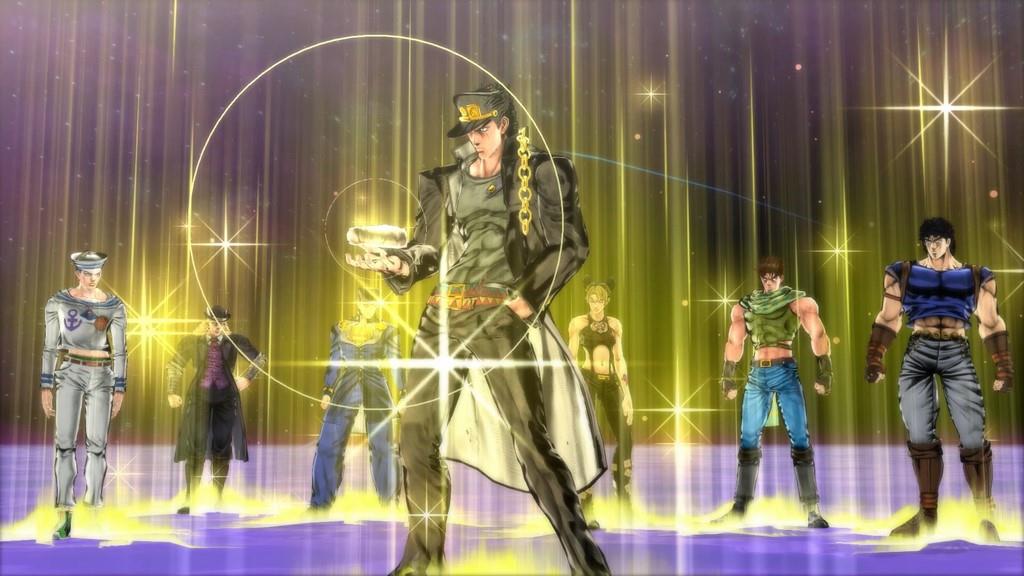 As a matter of full disclosure, I have not had any real interaction with Jojo's Bizarre Adventure, the manga series or the anime. I can appreciate a good anime-to-game adaptation so long as I don't have to fully understand what's going on in the story to enjoy the gameplay. Eyes of Heaven tries quite hard to rope in the casual gamer, but the question always remains as to whether or not the gameplay is good enough. Going into this game essentially cold turkey isn't necessarily a bad thing, and while I found the story to be bizarre, for lack of a better term, I found myself trying to stay interested in the fights that keep the game together.

The fabled "anime-to-game" adaptation, as I referred to earlier, is nothing new in the world of gaming. Eyes of Heaven follows a recent trend in sticking to open-world brawlers, though that may not be the proper term to use here as the open-world aspect is generally just an open battlefield that changes from location to location. The primary character, Jotaro Kujo, is yours to control at the beginning. The player is opened up to the world and given a brief explanation as to what exactly is going on and where the antagonists are coming from. The game itself is split into 12 chapters that consist of a few battles and a couple of challenges, including the option to fight a more difficult set of opponents or challenging those that the protagonists have already defeated. In between these battles is a story that isn't short on quips, one-liners, over the top reactions, and a plot that seems like it was fueled by more than just imagination. Even though I'm not an avid or active follower of the universe, the story intrigued me. When the story seemed to be going flat, the comedic backdrop of the conversation going on still managed to keep me engaged and prevented me from skipping the cutscenes.

While the characters themselves are incredibly interesting or simply cause you to lose your focus because of their choice of attire, the gameplay unfortunately is where Eyes of Heaven loses it's way. Open world brawlers don't generally have a happy medium that can be fallen back on. A game either gets it, or it doesn't. The general gist of the combat system is simple: Usually battles are 2v2 (there are a few exceptions) with the player controlling one of the two on their side. The AI will control the enemies and the second character and that's it. The gamer has little to no control over what the second character is doing outside of teaming up for combos. The combo system actually isn't bad, but the downside is that it can be spammed pretty easily if you get ahead quickly. A real baffling decision for the gameplay was the punishment in the form of the CPU having a true advantage: The player has to eliminate both enemies in order to win a battle and advance. The CPU, on the other hand, can achieve victory simply by eliminating the player you're controlling. In the interest of fairness, I will say that it's somewhat difficult for this to come into play unless you make some pretty dumb decisions. The AI doesn't team up too terribly often unless both CPU players are getting ahead quickly. Avoiding the combos will go a long way, but I still don't agree on not using a tag system so that a player can jump between the two on their side. 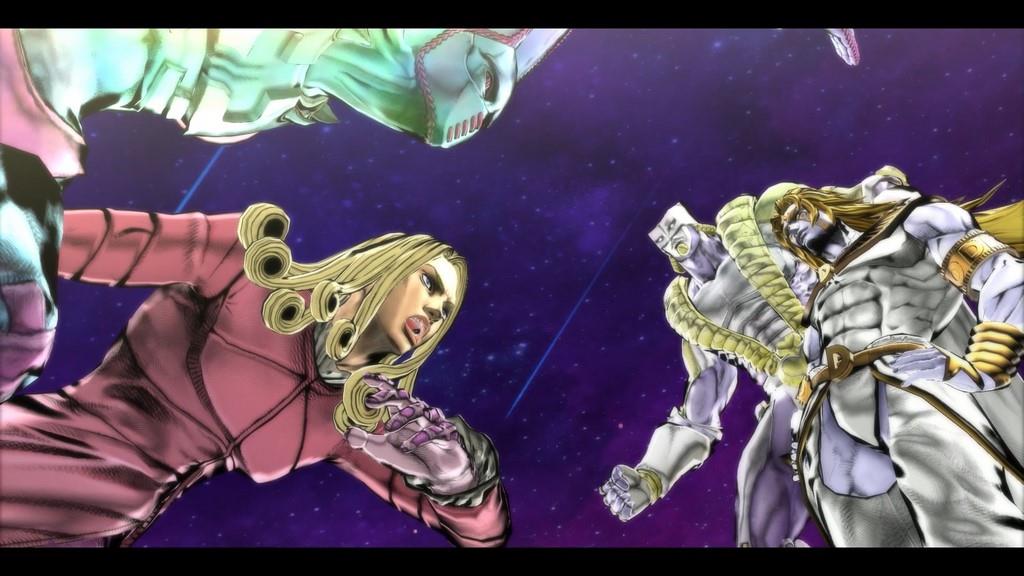 Eyes of Heaven does get the leveling system right, to their credit. With over 50 characters to unlock and plenty of skills on each character, there's a joy in pushing through with your favorite characters and unlocking the combos that come along with each unique team. The problem is that this is far too repetitive for a game that has a story of only about ten hours. Before I knew it, I realized that I was collecting the fragments for the Holy Corpse and was about done. I figured there would be quite a bit more filler in between each of the fragments, but the game starts with a blistering pace and doesn't bother slowing down. I enjoyed being able to stop when I needed to and try the challenges to build up my characters, but one can only do the same repetitive battles over and over again, especially where a player can simply mash the square button over and over and still achieve victory without getting into the more advanced skills.

Normally there's more than just a story mode to dive into, but that's really about all Eyes of Heaven is offering that seems to have some magnitude of effort put into it. The open battle mode is just that: Pick a couple of characters and fight with no real incentive other than setting a high score and playing around with skills. The online mode is essentially the same thing except you're playing against another person with no major incentive. This surprised me more initially, but not so much when I actually sat down to write the review. The game is based around a long running story, so most of the effort should be in the single player story mode, and I can appreciate that.

All in all, Eyes of Heaven is a game that does what it's supposed to in catering to fans of the anime and trying to provide some type of assistance to those wanting to check out a truly bizarre experience with one of the most popular mangas out there. The problem lies in the simplistic gameplay that doesn't really offer any major changes whether the game is just starting or getting to the end. It's button mashing with an occasional show of skill, and the latter of that isn't even needed. I'm glad that the story was extremely fun and had everything from high elements of comedy to low points of characters getting throttled, and that makes me want to actually pick up the manga or watch the anime. It does not, however, make me want to play through this game again.

Eyes of Heaven offers a wacky story with plenty of varying dialogue that will bring in even the most casual Jojo's Bizarre Adventure, but the gameplay is average at best that doesn't offer much substance other than making sure the button mashes connect before the opponent's does. Fans of the anime will appreciate this game, but the casual gamer will not get much out of this title.