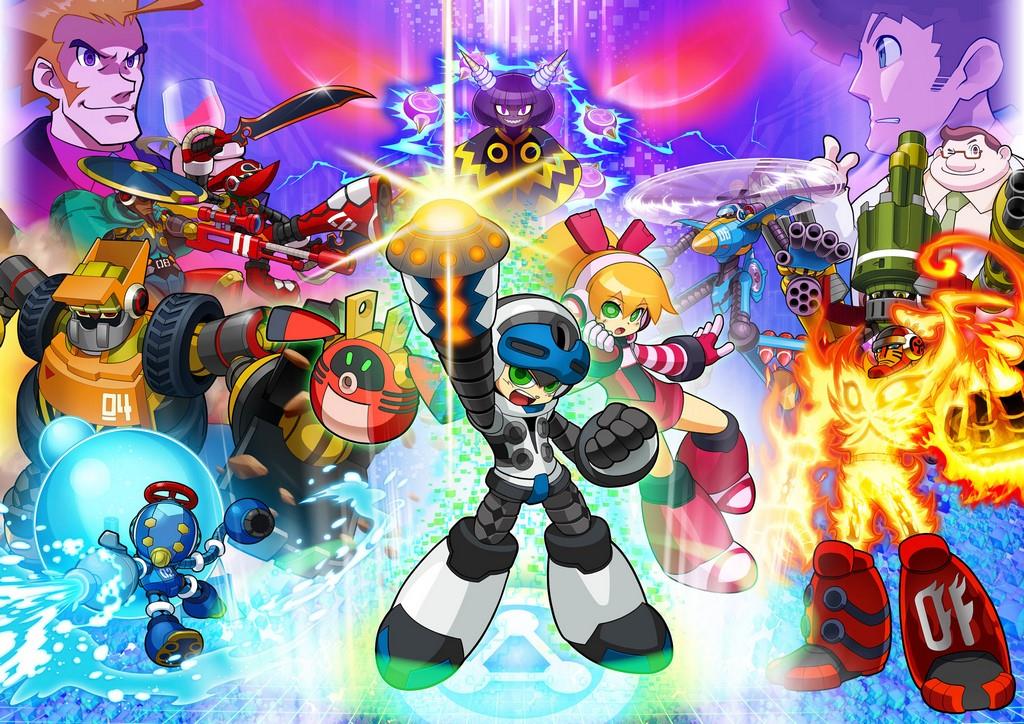 Oh boy here we go. I'm going to start off by admitting up front that I have never played a Mega Man game before in my life and honestly I thought that would be a good thing going into Mighty No. 9. I haven't played any Mega Man games and I didn't back the Kickstarter either so I felt like I could go into this game completely fresh. I wouldn't have any expectations going in at all. So after spending some time with Mighty No. 9 I have to say this. If this game is anything like the Mega Man games, then I am never going anywhere near the Mega Man franchise.

Now even though I haven't played a Mega Man game before, I know at least how they work and the same can be said for Mighty No 9. The hero is this game is named "Beck" and right from the start of the game, I had a feeling that things were going to go downhill quickly. My biggest pet peeve of videogames is when I have to sit through a cutscene at the very beginning of the game with a narrator explaining to me whats going on. A terrible narrator at that. At the very least, there is the option to switch to Japanese audio which I highly recommend you do. Now I am not a "subs over dubs" person but the English voice acting is terrible. Everyone just sounds so bored and monotone. You still get to choose any level you want to play in any order that you wish and you can still collect the power of the bosses after you beat them. Beck's has a projectile attack but his dash attack is what you will be using the most. After damaging enemies, you need to use the dash attack to finish them off and you can continue dashing into enemies to rack up combos. When I first started playing I thought "hey this isn't so bad" but then I started to realize that the game feels like it's a battle with itself at times.

There are times when you get to the end of some of the levels that crap will just relentlessly start flying at you and you don't have enough time to destroy all these enemies so you are forced to attack and use your dash move. Since the controls are so stiff and there are so many instant death areas, I found myself dying constantly. Let's be clear. I have no issue with difficult games as long as it's simply a challenge and not difficult because of nonsense. This game is difficult because of sewage tanks full of bullcrap coming your way. So many ways for your health to constantly drain, so many ways to die instantly, and so many times you will have to react to thinks faster than the speed of light which will get you killed. The dash move is so incredibly inconsistent when you are trying to maneuver as well. Of course at the end of each stage is a boss fight and these battles usually involve watching and memorizing the boss's attack pattern and reacting accordingly. Boss battles are okay in my opinion because this is the kind of challenge that I can accept. They are difficult but at least with these you feel like you can learn from your mistakes unlike the rest of the level. My main problem with the boss battles is that they are way too long and about halfway through the battle I just found myself getting extremely bored and saying "enough already just die".

But even with all of the issues I have mentioned throughout the levels, even if you do start to get a rhythm down, then you have to battle against framerate issues and this is simply a battle which cannot be won. Seriously, why on earth is a game this simplistic, on the PS4 having framerate issues? After losing about six lives trying to get past one part of a level, I finally made it... only to die because the game slows down, I miss a jump and die instantly. It also doesn't help that none of the levels really have anything special or memorable to them. They all just feel uninspired. I will say this though, the game's soundtrack is pretty good and even better is the option to select a retro soundtrack which I have been using exclusively because it's really great. In addition to the main game, Mighty No 9 also features a challenge mode which will unlock as you progress through the game. This challenges, presented in a virtual reality type world, include levels where you have to make it to the end of the level without being able to attack or defeating a certain amount of enemies on screen. Personally I wish the whole game were like this because I was having more fun with the challenges than I was the main game. 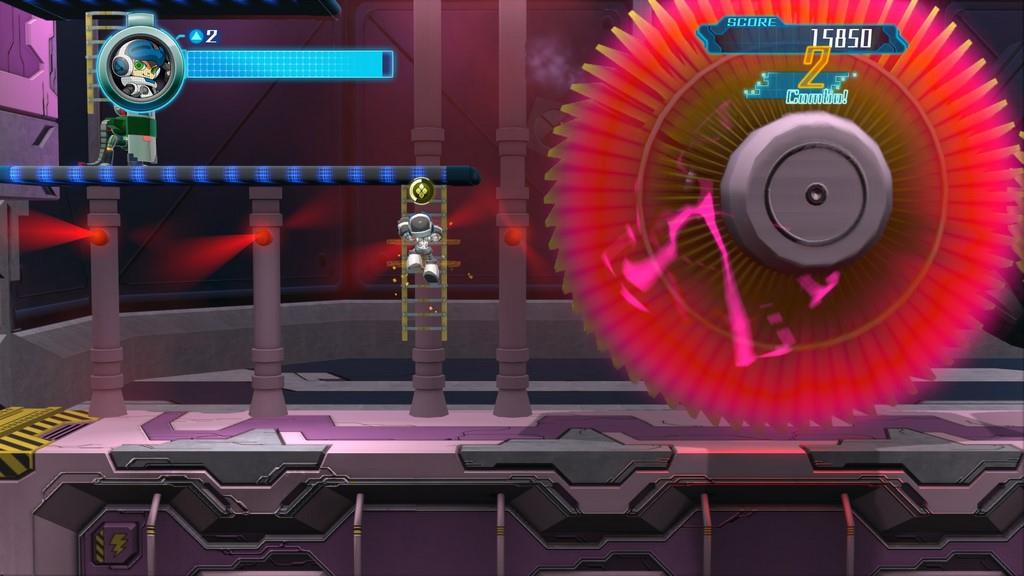 At this point, I have just about given up. I will admit that I am probably never going to finish this game because this review needs to go up before Mighty No. 10 is released, whenever the hell that would be but I believe I have seen quite enough to be able to review it. Maybe die hard Mega Man fans will get a kick out of this, but for me, I just found this game to be incredibly tedious. When I finally did complete a level, I had absolutely no sense of accomplishment that one would normally feel after defeating a hard boss. I really wonder what the hell they spent all this Kickstarter money on because I feel bad for anyone that backed this.

Mighty No. 9 is a tedious and bland platformer and while I have never played a Mega Man game before, I have a feeling that this game does little to live up to the legacy that those games had.