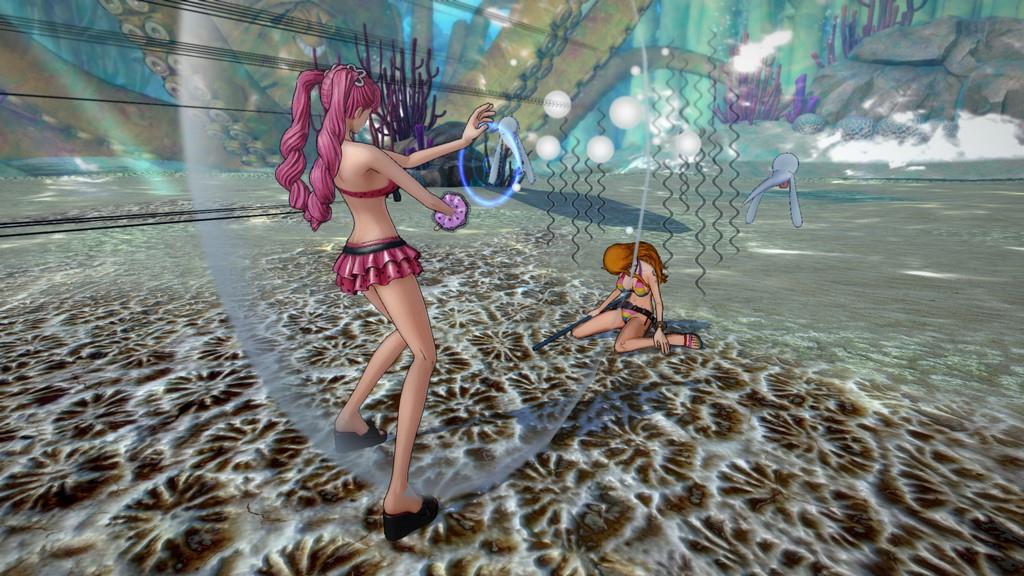 Whoops, I went into this game thinking it was going to be another Pirate Warriors type game. Imagine my surprise when I saw that Spike Chunsoft was the developer, and that One Piece: Burning Blood is actually a fighting game. Though one could use a looser term than fighting game, since this plays closer to the Naruto and JoJo’s Bizarre Adventure games, rather than something like Tekken. One Piece: Burning Blood is the latest in a long line of One Piece games, that seems to stream forth from Bandai Namco, filling the gap left by the manga and anime series. This time around we’re treated to the Paramount War, the twenty-second arc in the seemingly never-ending story about pirates and the high seas.

The story mode of the game follows an incredibly truncated portion of the Paramount War, specifically focusing on the rescue efforts to get Ace, Luffy’s brother, free from Marineford, the home base of the antagonistic Marines. So you can consider all the side stories, back stories, and individual stories pretty moot. Even Burning Blood seems to consider the story a mild window dressing, since you’ve only got four different perspectives to follow, Luffy, Whitebeard, Akainu, and Ace. This also means you’re going to see a lot of the same cutscenes over and over again. Imagine my surprise after completing Akainu’s chapter, thinking I had maybe finished half of the story, turns out I was mere moments away from completing the entire mode. It takes maybe a good five hours to play through, and you’ll want to revisit it to get the EX Chapters, which can also unlock some of the characters that you can get with the Beli you earn. A lot of that time though will be spent continuing, since this game doesn’t pull any punches. Some of the fights are downright difficult, and there’s a definite disparity in damage output from the computer, versus what you can do as a player. Whether this is tied to each character’s individual levels, I do not know, because while the game does a good job of filling you in on the lore, there’s not much in telling you what leveling up your character does.

In total you’ve got forty-two fighters, plus another couple dozen assist characters, making a variety of teams possible. This isn’t Naruto: Ultimate Ninja Storm levels of characters, but it’s a really good roster and features some fan favorites, even though they don’t make a presence in the story. The point is, you’re going to find a team that you like, and considering how this game plays, you’re also going to see a lot of the same team builds when you hop into ranked online play, or even player matches. Some of the characters in this game are absolute bottom tier trash, while others seem grossly overpowered. You can see that in the story mode just by dealing with anyone who has a Logia barrier, it lets enemy attacks pass right through them. Yes you can shut it down, but in my experience it felt like blind luck when I did.

The gameplay of this game is pretty simplistic, and while your first instinct may be to attempt to rush down an opponent and try to smash through their defenses for a win, you’ll find that that’s not the best method for success. Learning a solid defense is actually the best thing you can do for yourself. The actual inputs are limited to just a normal attack, and a strong attack. Special moves are activated when you hold the L1 button, which gives you three potential special moves, or you can just mash out a combo with the square button which ends typically in a special move. Ranged attacks are useful for dealing with people who like to try and maneuver around you, and while they’re rarely used, jump in attacks are just good for keeping your opponent off balance, in hopes that they’ll drop their guard to try and counter. If things are looking desperate, there’s the Awakening Mode which will increase your power, and if you can time it right, allow you to use a super move to help even the playing field. Though these attacks are easily blockable, you don’t want to just throw them out and hope for the best. Working them into some kind of mix-up is key. The biggest problem with the game though, and you get the same feeling from playing online as you do in the story, and it’s that this game is a bit boring to play which is really unfortunate because the visuals that are meant to help sell the action are incredibly good. 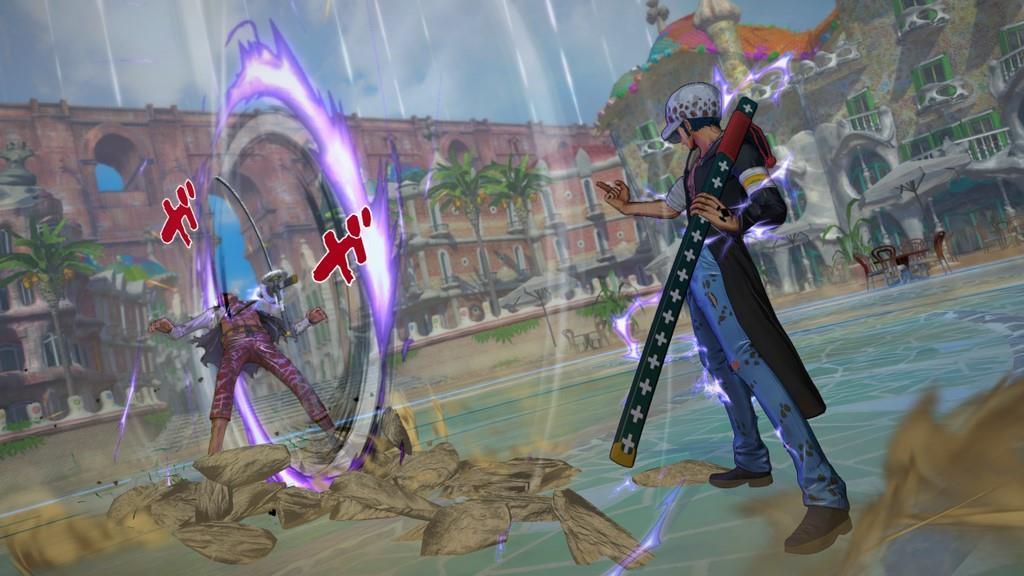 One Piece is a pretty, diverse property when it comes to the characters that inhabit the show. Spike Chunsoft has done an amazing job of translating them to the world of Burning Blood. The characters look fantastic, the surrounding environs though? They tend to repeat, especially when you see them over and over while playing the story mode, and while it’s nitpicky, seeing the background fighting going on between the pirates and the marines, and seeing that it’s the same animation set, over and over, synced in some places, takes some of the oomph out of the presentation. The story segments, which also repeat a little too much, still do a fantastic job of matching the show’s style. Characters distort, contort, and have all the wild animations that the show does, but are rendered with a cell-shading style that blurs the lines between anime and manga, it’s really impressive what they’ve managed to, considering that this effort isn’t far off from the current kings of anime games, CyberConnect2. Audio is also full of some sea-worthy shanties, along with other music that fits the series aesthetic, and if you’re a fan of the English dub, you’re going to be disappointed, as this game only has a Japanese dub.

Once you complete the story, there’s the online modes, which houses a couple of different features. First there’s the obvious ranked, and non-ranked matches. When playing online you’re given a hard cap of team capabilities, some characters are obviously stronger than others, and therefore will cost more to bring into battle. A good team will usually be comprised of three core fighters and two support characters, which you can set as a default, though the menu system here is a little awkward, and the first few times I had built a team I didn’t notice that the options button on the controller was needed to confirm the team, pressing circle to back out actually cancelled me out of the entire team I had built, forcing me to start over. There’s also the other online mode, Pirate Flag Battle, where players join factions that need to take over the various points of a map. This is done by defeating the CPU opponents who are assigned to each post. Some areas are going to be more difficult to take than others, and the map will change every few weeks to shake up the rankings. Prizes are also doled out from this mode in the form of titles and emblems you can assign to your online profile. Finally there are the Wanted Posters. This mode tasks you with completing certain objectives in battle, much like the objectives that are present in the story mode that you need to clear to unlock EX Chapters. This is a good place to earn Beli to unlock other characters, and for testing out characters before taking them online if the Free Battle mode isn’t your thing.

One Piece: Burning Blood suffers from one of the worst things you can these days, repetitiveness. It’s evident in the gameplay, the story mode, and even the characters you fight while playing online. The top tier has kind of already been established, and players are quick to flock to it because they want a win. Ultimately your victories are won because you played better defense than your opponent, which runs counter to the bombastic nature of the One Piece series. Sure you can throw out all the wild attacks you want, and they’ll look really cool, but they’re also easily avoidable, and counterable. The lack of depth is what kills what should have been a really fun game, and that’s a shame because the effort to make this game beautiful is there, it’s just a shame the gameplay didn’t receive the same effort.

Visually, this game is right up there with some of CyberConnect2's successful Naruto games, too bad the gameplay didn't follow suit.