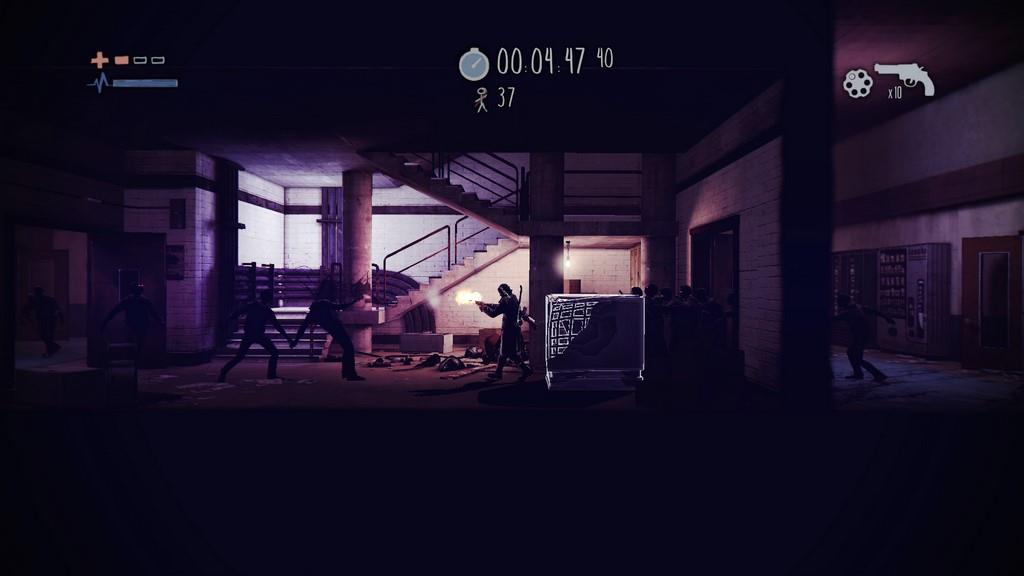 Originally released back on the Xbox 360 years ago, Deadlight is a 2D platformer but a emphasis on survival and story. Deadlight: Director's Cut marks the first time the game will be available on the PS4 and includes tons of extra content not found in the original. The main story is kinda short, depending on if you are searching for collectibles or not, but it's fun enough to keep you engaged for the first half. The second half of the game is where things start to fall apart a bit and what was fun at the start, slowly turns into agonizing frustration.

Set in the 1980's, Deadlight tells the story of Randall, a man who is searching for his wife and daughter in the midst of the end of the world, which happens to be a zombie apocalypse. Randall gets word of a safe area or a salvation for survivors and gets word that his wife, daughter, and his friends may be there. Yeah it's another zombie game but in this game, zombies pretty much serve as the backdrop for story as most of this game It's a 2D side scroller but boasts some pretty impressive 3D backgrounds as well. There is a ton of platforming in the game and the great part is that the platforming is very good. Jumping from rooftop to rooftop and climbing fences is fluid, wonderful and it's incredibly fun as it feels almost like parkour as you are quickly rushing through each level. Running up a fence, jumping off the fence, leaping to a rooftop, running across the rooftop, jumping over a hoard of zombies, combat rolling and then crashing through a wooden door is such a satisfying feeling. The first act of the game I feel is the best, as the game will slowly drop bits and pieces of information about Randall's family as you play and it's enough to make you want to keep going and find out what's going on.

As I mentioned before, this is a zombie game but I feel like the zombies are more there to annoy you. Most of the time when zombies show up it's because you failed a jump and have to quickly fight your way out of a hoard in order to start progressing forward. You get a shove move as a default attack, which is essentially just a way to try to get some breathing room but you will find weapons as you progress through the game. You can find and axe, which can kill zombies but I usually used it to once again get some breathing room. You also get a six shot pistol which which can be used to break open locks and will kill zombies with headshots. The pistol is really useful when you find yourself surrounded by you shouldn't rely on it as zombies tend to bunch up and you can only kill one at a time. The zombies keep their momentum as they are rushing towards you and you will have to reload the six shot often. The final weapon, which you get towards the end of the game is a shotgun and honestly I found this weapon quite useless. The only reason is because you get this weapon so late in the game that I didn't even need to use it because most of the obstacles you face towards the end are human enemies and the environment itself. 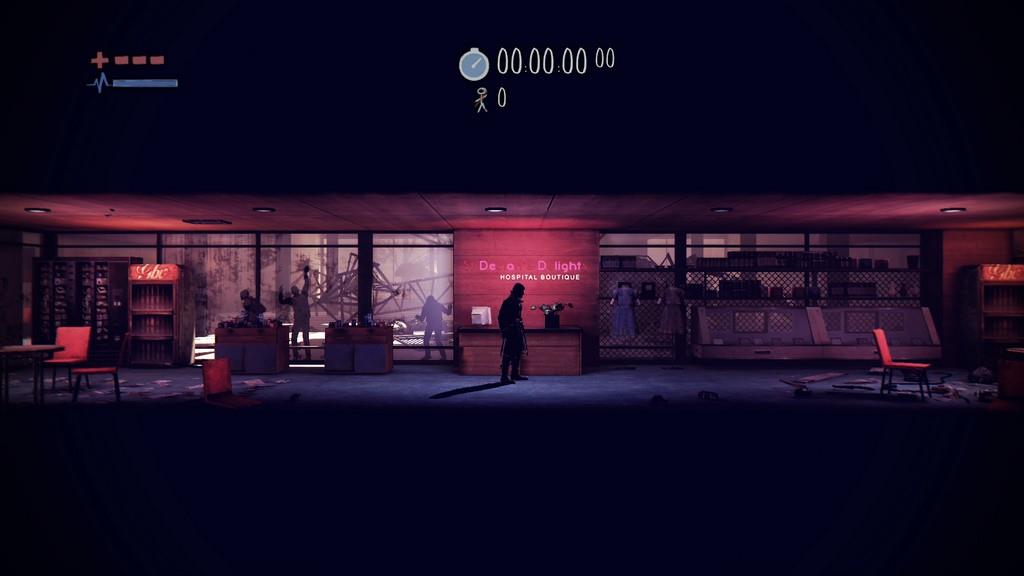 The second act in the game takes place in an underground sewer and this is where the platforming in the starts getting frustrated. This sewer is like something out of a Saw movie because it's filled with a plethora of puzzles and booby traps. Thank god the check points in this game are very generous because is the part of the game where trial and error will start to kick in and it can get extremely frustrating. Despite the fact that this is a zombie game, most of your deaths in this game will most likely be because you missed a jump or fell into a spike pit. The game really starts to fall apart however once the third act starts. The third act is the shortest in the game and this is where the annoying trial and error kicks in at it's most brutal. I don't want to give away much about what happens at the end of the game but it really becomes a memory game at this point as you are going to be constantly running forward with absolutely no time to react to anything in front of you. This of course is going to lead to many deaths that will force you to memorize all of the traps and all of the enemies going forward. Sadly, once all is said and done, it leads to an incredibly anticlimactic ending with a twist that you probably saw coming a mile away. When the credits started rolling, I sat there and said "wait... that's it?". Completing the game unlocks "nightmare" mode, which truly is a nightmare because it's the same game again but with checkpoints removed. Yeah, try getting through sewers without checkpoints. Anyone who can complete nightmare mode deserves some kind of serious reward. 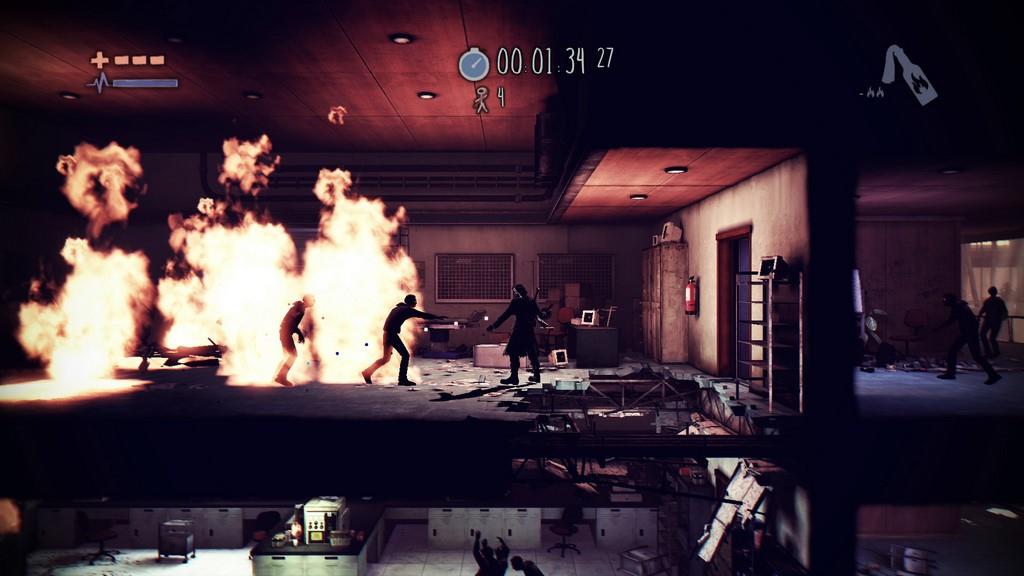 Deadlight is short, I finished the main story in only three hours but there are tons of collectibles to go back and try to gather if you so wish and this will also unlock content in the gallery which features tons of goodies like concept art and The game also features a pretty fun survival mode that can be quite challenging as well. It plays just like the normal story mode with the 2D platforming and combat but it locks you into a small area that you will have to constantly traverse back and forth in order to scavenge weapons. It starts out easy enough with only a few enemies but as the time goes on, more and more zombies will start to enter the arena and will gang up on your pretty quickly. I think my best time before dying was only about three minutes and most of that time I was just running around trying to get to a spot where I could turn around and kill all the zombies after me. There are also leaderboards if this if your thing for both survival mode and the main story. For all you speed runners out there, this is a fantastic game for that.

Despite the game getting more and more frustrating as the game goes on, Deadlight is a good platformer and the game looks, sounds, runs and plays great on the PS4 with a constant, silky smooth framerate and beautiful backdrops and locations. If you missed out on Deadlight when it was originally released and are into action platformers, I do recommend checking it out. Just be prepared for the frustration to ramp up as the game goes on.

If you missed out on Deadlight when it was originally released and are into action platformers, I do recommend checking it out. Just be prepared for the frustration to ramp up as the game goes on.