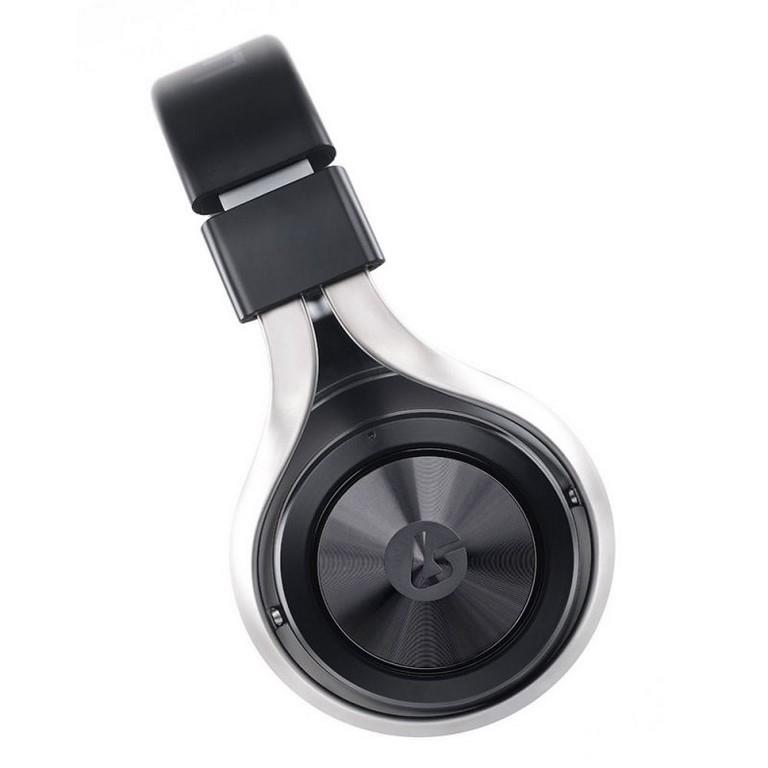 If you are a true gamer, you need a good gaming headset. There are plenty to choose from on the market, from Tritton to Turtle Beach and Astro. While there are plenty of great options out there, many of them have one shared problem: they look like gaming headsets. That isn’t necessarily a bad thing, but lets be honest, it would be nice to have a pair of sleek, professional looking headphones rather than the futuristic, gaudy designs that most utilize. Enter LucidSound.

Don’t worry if you haven’t heard of LucidSound previously, they’re a new company founded and run by the the same people who founded the Tritton audio brand. Their goal is to provide gamers with high-end audio products that look and perform on the same level as professional audio products. If their first offering, the LS30, is any indication of what we can expect from them in the future, then the industry may have a new leader in the gaming headset market.

As soon as you see the LS30 headphones, you know that they are a bit different than the other options on the market. There is no other way to put it than they just plain “look” different than the competition. Rather than the traditional set of headphones you would see your fellow gamers wearing, these look like something that you would find in a music studio or some other professional audio environment. The entire design is very sleek and rounded; you can’t even see the controls or connection ports. 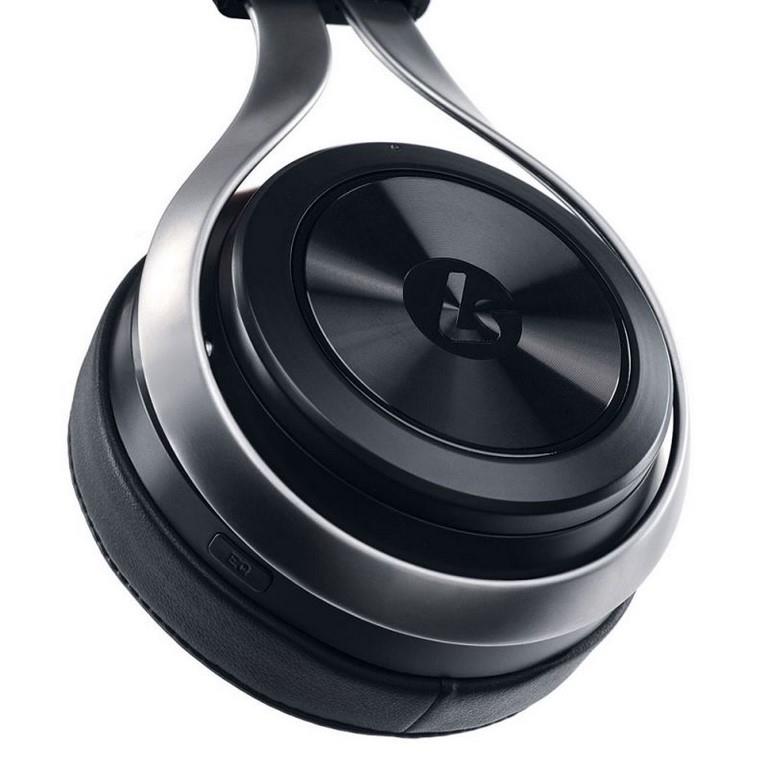 This is easily the most comfortable headset that I have worn, both for gaming and regular audio. While they are a bit heavier than most headsets, the weight is evenly distributed across the headband, which is well-rounded and padded. The earcups are incredibly comfortable, consisting of thick, cushions that are nearly an inch thick which form a bit of a seal around your ears. I would have liked to see a slightly larger cup design as they barely fit over my ears. I would imagine that those users with larger ears will find them a bit less comfortable as they will likely lay on top of their ears rather than surrounding them.

All of the controls for the LS30 are integrated into the physical design, hiding them from view but providing gamers will quick and easy access to them. The volume controls are managed by sleek wheels that are integrated into each earcup. The left side controls the game volume while the right controls the chat. You can mute both the game or chat channels by simply pressing in the left or right earcup. It’s amazingly simple and incredibly comfortable as well as a nice change of pace to not have to fumble around searching for the controls while you are in the middle of a game.

There are three small ports on the bottom of the left cup, along with a small power button. One is a USB mini port for charging the headset, which is something you really won’t have to do very often (compared to other sets). The battery life of the LS30 has been incredible. Even though the battery is rated to run roughly 15 hours per charge, I have been using them consistently for over a month and have only had to charge them three times.

The second port is a 3.5mm jack which gives you the option of using the headset passive with mobile devices. Even with the standard 3.5mm connection the sound quality is immaculate. The get the full effect and quality though, you will need to use the full setup, which we’ll talk about here shortly. There is even an integrated microphone in the headset for your mobile devices. I must say that the integrated mic is extremely sensitive. I found it to be a little too sensitive for my liking and always found myself muting it. You definitely don’t want to use it for gaming because it will pick up all of the sound around you and annoy other players. You don’t want to be “that guy” who floods the in-game audio with the sounds of your environment. When you need to chat in-game, you will want to use the third port and connect the included boom mic. This is a flexible, directional microphone that is better suited for communicating during games. This little thing works great and provided crystal clear chat in my games. 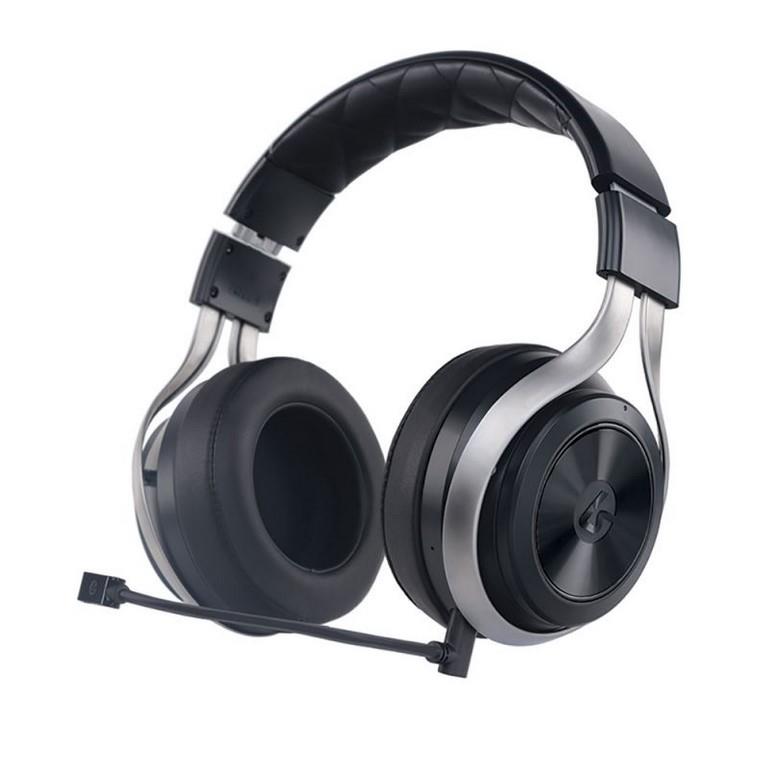 While a wired connection is necessary for the passive use, the gaming mode is completely wireless. The LS30 connects to your console via a USB dongle. After plugging the included USB connector into your console, which looks like a large thumb drive, you will then need to connect a digital optical cable that runs from the USB stick to the optical port on the back of your console. From an esthetic point of view, this is a little bit cumbersome, especially if your console doesn’t have USB ports available on the back of the console. However, I can’t argue with the resulting quality.

The performance quality of the LS30 is as good as the top headsets on the market.Prior to getting these, I was dedicated to my 7.1 Tritton Warheads. Those are now collecting dust. The sound is beautiful and crisp, with great use of directional . The thickness of the cups helps to eliminate any outside noise that would normally interfere with your experience. The range on the LS30 is incredible too and better than every other headset I have used. I have had no problem taking a quick break from my games and walking to the other side of the house without removing them and have never lost connection. The quality has never even deteriorated on me, which is something that happened all of the time with other headsets.

On the surface, the asking price for the LucidSound LS30‘s (MSRP $149.99) may seem a bit steep given its specifications. However, when you consider that their performance rivals that of headsets twice that price, they’re an absolute steal. LucidSound has crafted an incredible piece of hardware that could easily assume the role as the go-to headset for gamers of all types. When it comes to audio performance, you usually get what you pay for; in this case you are getting a whole lot more.

LucidSound has crafted a sleek and sexy pair of gaming headphones that performs as well as competitors that charge twice the price. These are an amazing investment for gamers of all types.