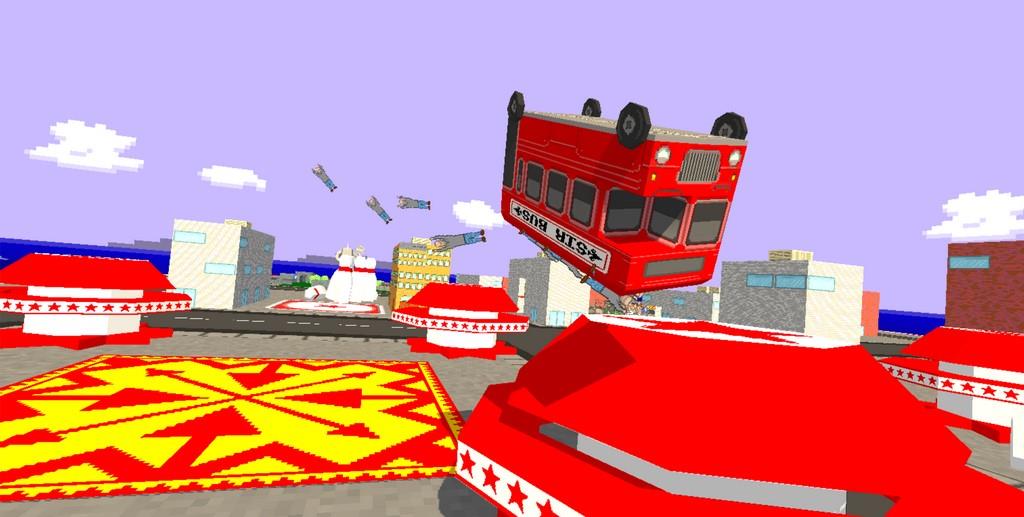 I previewed Omnibus earlier this year, and to put it briefly I wasn’t impressed. While I loved the game’s sense of humor and smirking, self-referential commentary on the resurgence of retro gaming, Omnibus’s mechanics were frankly infuriating. Here was a game that was ostensibly based on skill, but fought the player at every turn with cumbersome controls and a hopelessly broken physics engine. I wanted to appreciate the whole package that Omnibus was trying to deliver, but the head-against-desk gameplay sabotaged the flickers of comedic brilliance scattered throughout.

Well the final product is here now and it turns out the inherent awkwardness is a feature, not a bug. While I had hoped that developer Buddy Cops would implement some kind of difficulty scale or at least even out the game’s physics, it seems that Omnibus was supposed to be as clunky and broken as it always was. This is still a real disappointment because the humor is still there, tucked in between dozens of levels that require endless trial and error repetition and a sizable amount of luck just to beat.

Omnibus’s premise is unique, but at the same time right at home with the veritable glut of “wacky!” retro-affectionate indie games populating Steam. You play as a bus that cannot stop or even slow down, a bus on an interdimensional journey across multiple abstract cities, the surface of the moon, and even time and space itself. Along the way you’ll meet several thinly veiled parodies of pop-culture characters and take life-and-death missions from many of them. This can involve everything from breaking into tombs to transporting pedestrians around town, but you’ll be doing all of it at one speed: out of control.

The game’s promotional material and production values are also rather tongue-in-cheek. Buddy Cops portrays Omnibus as this lost, long-delayed relic from the Atari Jaguar of all consoles, finally returned to usher in a new age of retro gaming. The visuals mirror this concept by being delightfully low-fi; all boxy polygons and triangles, with copious amounts of Gouraud shading and the unmistakably shaky, juddery texture tearing that used to be a constant annoyance to PS1 owners.

Omnibus unfortunately shares other elements from games of the 32 bit era: it would’ve been pretty back then, but its gameplay and controls are about on par with the original Resident Evil’s. At first I thought this was Steam Early-Access jitters; there’s no way a game this clunky and frustrating could be released as a final product, right? Well it turns out I was looking at it the wrong way. Omnibus is a joke game in the same way Goat Simulator or I Am Bread are jokes. 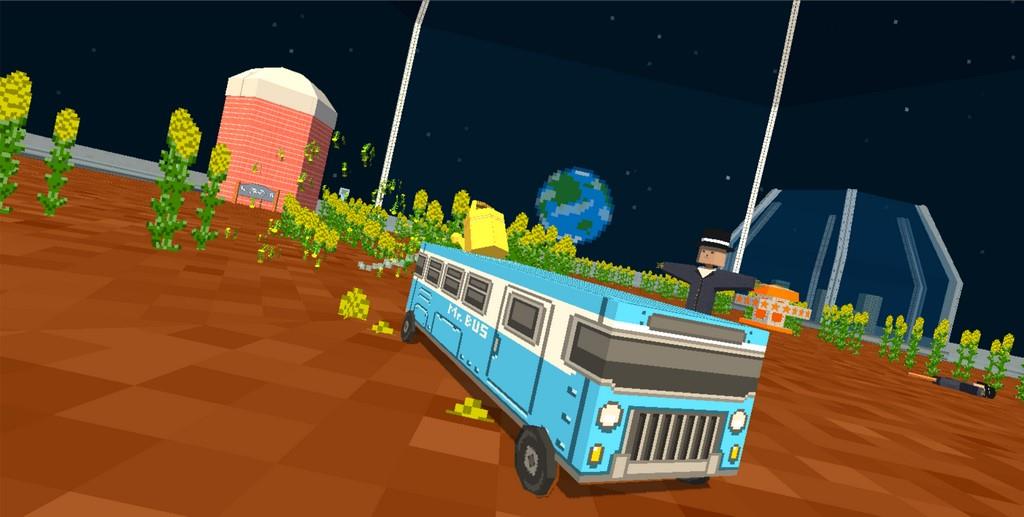 If you aren’t familiar with this fairly recent genre, most entries involve horribly breaking a rudimentary physics engine and stapling some kind of novel idea overtop. My only issue is the long-term enjoyment and playability of these experiments. Octodad and Surgeon Simulator might be goofy fun for an afternoon—and they eat up way too much bandwidth in pointless Youtube channels—but I don’t know many people who play them for more than a couple hours at most. The problem with Omnibus is that it tries to put some kind of level structure on top of this broken mess of a foundation.

Omnibus is laid out like one of the classic Mario games, with a series of worlds consisting of interconnected levels. The problem is that beating any of these levels takes dozens of tries as you come to grips with the controls and maddening physics. It doesn’t help that levels are built to be intentionally counter-productive, littered with traps and hazards to flip your bus or send it careening off into the abyss, and your only option is to restart the level over and over again. The mocking humor and goofball premise run pretty thin when you’ve retried a level in world one over twenty times. Only the most dedicated (or masochistic) players will see Omnibus through to the end. 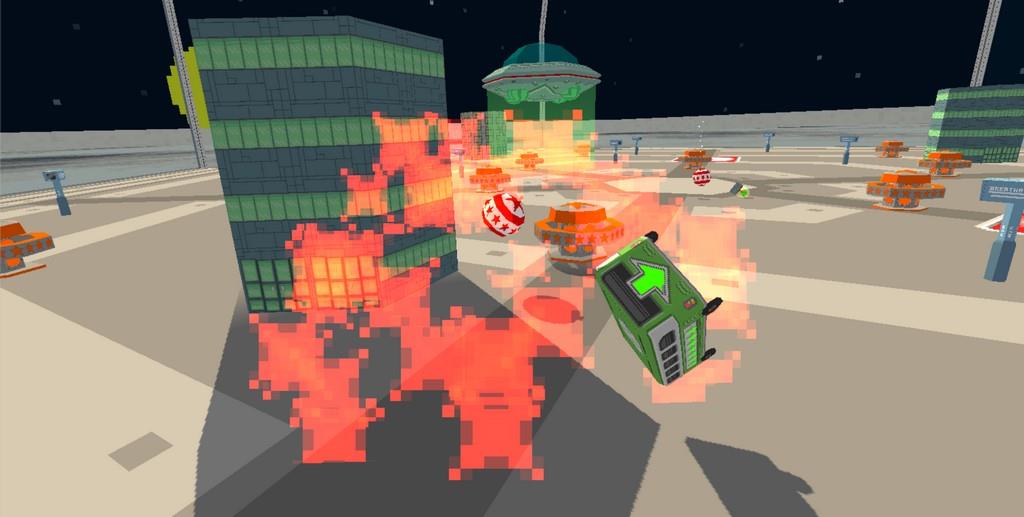 It’s a real shame too because there is a lot of fun content to see here, you just have to put in hours of trial and error to see it all. Unfortunately it never reaches the trance-level repetition you would get out of Hotline Miami either; Omnibus is just plain frustrating. The competitive multiplayer fares a little better, but the default setup strangely has multiple people playing split-screen on the same keyboard. There are good ideas in Omnibus but the execution is so obnoxiously difficult and counter-intuitive that most players won’t have the patience to see it through.

But then again, what do I know? Omnibus has mostly positive user reviews on Steam, and in the end it’s only $10. Just don’t expect the kind of retro bliss that Devolver Digital usually publishes—this isn’t Serious Sam or even Broforce. Omnibus is a farce masquerading as a neo-retro game. You should be fully aware of that before buying.

As a joke Omnibus might be fun for a few hours, but playing it through legitimately, level by level, is an exercise in diminishing patience.