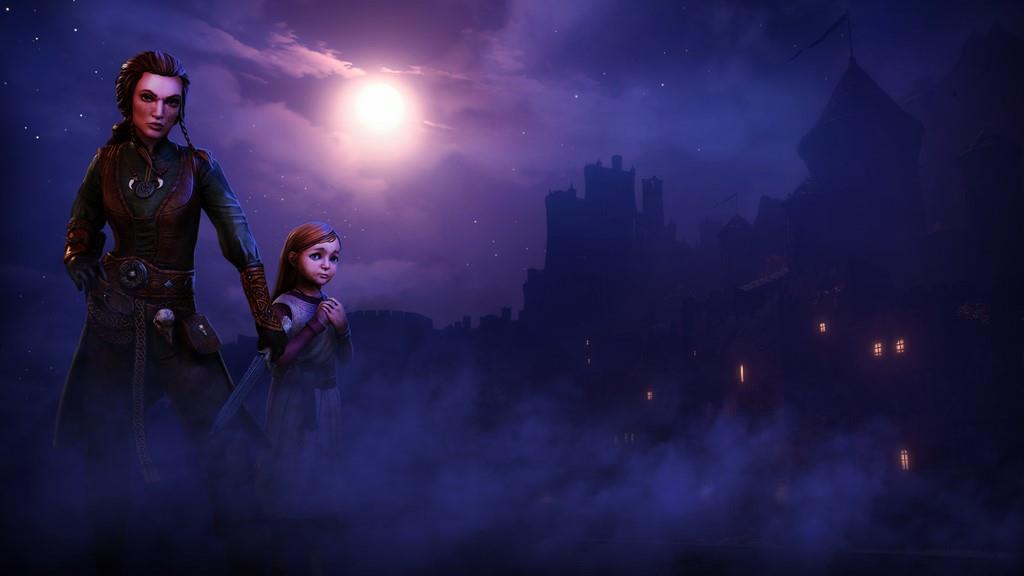 Trailers for Shadwen had this game pegged as a dastardly murder simulator, where enemy knights would fall due to the clever machinations you had set up, like some kind of sadistic Rube Goldberg machine. Well, there’s a little more to it than that, and it ultimately sets the stage for quite a bit of disappointment. Among the numerous bugs, floaty and confusing controls, and the lackluster AI, Shadwen is a game that I was initially excited for, but the execution leaves a lot to be desired.

Shadwen is an assassin, and at the outset you’re shown that Lily isn’t much more than a street urchin who’s lost her parents, and it’s Shadwen’s luck--good or bad?--that happens to save Lily. Shadwen’s attempts at the king of Rivendon’s life is still her primary objective, but with Lily along, the rules change. You’re instructed to see her to safety. The only problem is that you’re also an assassin, and having her see your handiwork in action will spoil a great deal of the story. The game goes out of its way to point it out to you too. So when you do dispatch a knight, you’ve got to make sure it’s well out of view of Lily, or you’ll have a message on screen telling you how horrified she is to see what you’ve done (you monster). What this does is ultimately devolve the game into a flowchart of: kill enemies that are very far ahead of you, then distract enough guards for Lily to run by undetected to the end of the stage. The biggest problem, though, is that Lily’s AI is really selective of when it wants to move, even with a button dedicated to telling Lily where to go, she still stubbornly stands in place a lot of the time.

You have plenty of tools to complete your objective. though. One of the neat features of Shadwen is how much control over time you have. Time only moves when you move, or hold a button to allow time to pass, meaning even in midair you have the means to alter your path while you’re swinging from perch to perch. In the event you make a mistake, you can rewind time, as far back as you’d like, to allow you to take a new approach on an objective. This is incredibly helpful since the moment you’re spotted, it’s game over. But rather than make you restart, you can simply rewind time back to a safe point. This allows for a lot of experimentation, which you’re going to be doing a lot of, thanks to the PhysX engine. There’s plenty of movable and destructible objects in the world that can be used to distract or harm your enemies. But PhysX is a tricky beast, and things don’t always end up quite as you’d like, so there’s a lot of trial and error. There’s also specialty tools that Shadwen can use, like mines or a rolling ball mechanism that can pull enemies away as they stare in wonder at the distraction that they ultimately wind up breaking. The amount of materials needed to craft these tools are in short supply, so it makes sense to give them a trial run before ultimately committing to their use.

Again, I’m glad time does not move when you’re not pressing any buttons for movement, because this game has a really loose and janky feel to it. Swinging from place to place feels awkward, jumps feel imprecise, trying to climb up from a ledge feels more precarious than it should be, and it all just feels messy, from top to bottom. Holding the R1 button to make time pass while not moving is helpful, but I wish there was an option to make it a toggle button, rather than a hold, because the time at which the game pauses after you initiate an action feels a bit strange. Swing your sword? Time pauses after the swing reaches its apex. Jump in the air? When you reach the peak of your jump, time pauses. The jump one make sense, but the sword? Less so. 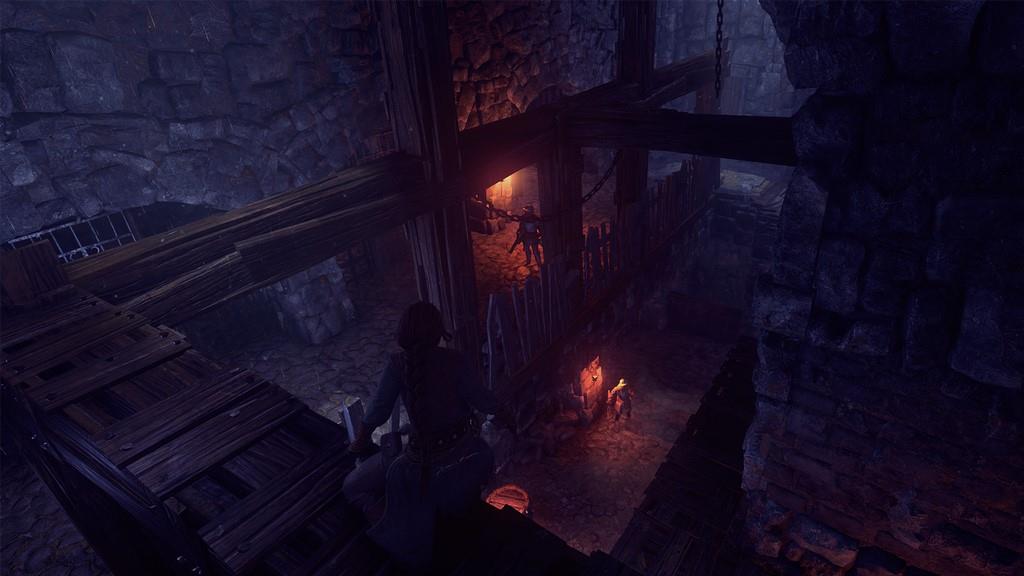 There’s a lot of familiar-looking scenes throughout Shadwen. You’ve got night, rainy night, dark dungeon, dark city square, and there’s always a wind blowing through. Regardless of where you’re traversing, you’re going to see the same enemies throughout. This makes it a bit harder to track specific enemies to try and learn their movement patterns. Though a lot of them will remain in place and have banter back and forth about the current state of Rivendon, whether it be about the dark spirits of the forest, or the state of the food supply in Rivendon, you’d almost think that the knights would be happy to let Shadwen traipse right on through to the king and end his ruinous reign.

Shadwen wound up being a pretty disappointing title. The concept is sound, but the execution just isn’t quite up to snuff. There’s issues with PhysX unpredictability, the enemy and Lily AI is dodgy, the special items do little to aid you in your trials, and partaking in murderous mayhem ultimately leads to a bad ending. The ability to rewind time is probably the best part of this game, simply because it gives you a better tool to assist you with the trial-and-error gameplay. It’s a bummer that this game can be so schizophrenic in how it wants you to succeed or fail, but having such loose rules to everything, it becomes little more than a guessing game. I tried to give this game a chance, and I think there’s something for people who are willing to be a little more patient with this game, but I think the developers at Frozenbyte should have done the same, and given this game a little more time in development.

Shadwen has a novel idea behind it, but doesn't quite live up to its promise. Dodgy AI and mechanics make this game a bit of a chore to play, especially once you figure out the optimal path that can be applied to each level.