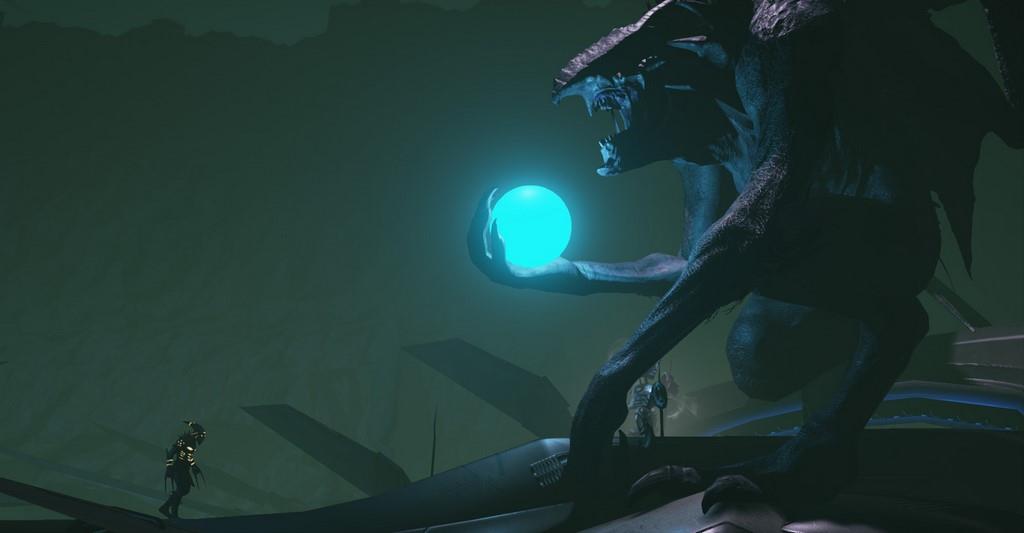 Shadow Of The Beast

I didn’t have an Amiga growing up, so I didn’t get a chance to see the original Shadow of the Beast, or any of its follow up titles, and it slipped past me during the Sega Genesis and Super Nintendo years. Cut to over twenty-five years later, we’ve got ourselves a remake, courtesy of Heavy Spectrum Limited, and Sony Europe’s XDev studios. The remake is an obvious labor of love from the team at Heavy Spectrum Limited, which is why this review is a bit tough to write. How do you put a score on someone’s passion project? It takes a lot to put a game out there these days, and you want to make sure it’s in the best position to do so. But when it comes to Shadow of the Beast, there are some pretty crucial flaws that hold this remake back.

I want to start out by saying that Shadow of the Beast has some of the most striking set pieces in gaming. Those who remember the artwork of the original games will be surprised to see that the developers have managed to create a world that matches the vision that Roger Dean had for this game back in the late 80’s. I don’t necessarily dig the design of Aarbron himself, but seeing him places like the Swamp of Decay, and The Arid Wastes, you can tell a lot of effort went into the world building alone. The game struggles to maintain and solid sixty frames per second, which is unfortunate, as most dips occur during camera transitions and give things a bit of a jerky feel. But when you’re running along, and you see the wisps of sand and flags that wave in the air, it’s kind of hard to hold that against the game as a whole. The music was also considered groundbreaking during the era of the original game, created by David Whittaker, and for the PS4 remake, there’s Ian Livingstone who has created a fitting soundtrack that is grand in scope and sweeping with emotion. While the game itself may not last beyond a few hours, the soundtrack is easily something that’s worth coming back to, again and again.

The gameplay portion of Shadow of the Beast is where I’m most torn about the whole experience. The original game was known for being notoriously difficult, and after revisiting the game (as a generous bonus pack-in), I don’t see how you can’t fault that on bad design. For the remake, there’s also questionable design decisions that I have a hard time reconciling with. Gameplay takes place primarily on a 2.5D plane, as you proceed through the levels you come across straggler enemies that are no big deal, and occasion fights that bring the game to a halt, to place you between two barriers, with enemies pouring from both sides. Attacking with the square button will trigger one of the few canned animation sequences that typically drop an opponent with ease. There are other things you can do as well, throw enemies into others to stun them, or dodge around them, counter their attacks, or simply block. A heavy emphasis is put on making sure you use the block button, and I found it to be one of the most useless move in the game. 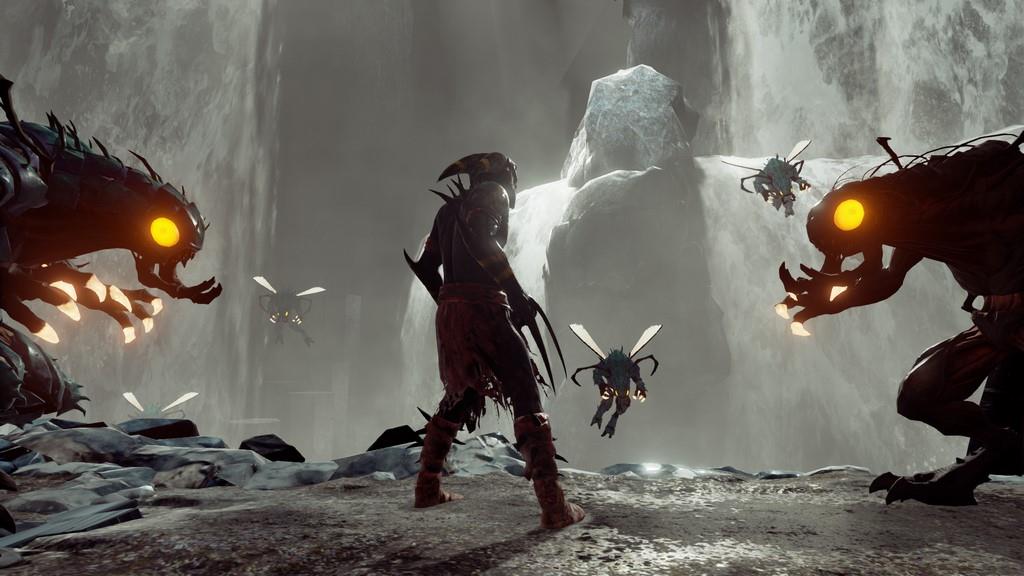 The combat is as much about managing space between you and the enemies, as it is committing to the animation sequences that are going to occur when you attack. And when you have enemies that are able to surround you on both sides, you’re going to be juggling between moves constantly. The key thing is that you don’t want to get hit, because that will drop your score multiplier, which will affect your grade for the fight. Fights seem to eventually devolve into tossing enemies and dodging around while you try and take quick swipes at enemies, and if you happen to get sandwiched between a few enemies, then you can expect to get hit. It feels frustrating because I never felt like I got the flow of battle down, but at the same time managed to succeed and place fairly high on the stage leaderboards (I managed to rank 7th on the first level, along with top 50 for other stages at the time of writing). Ultimately it doesn’t feel like the enemy distribution in some fights feels properly thought out, but perhaps I am also not quite ‘getting it,’ or I’m spoiled with the sort of, easy mode feel of games like Devil May Cry, or Bayonetta, where the tools I’m given seem better suited to prevent me from taking unnecessary damage. There’s a big shake-up at the final boss battle that I don’t want to spoil too much on, but it was neat to see that Heavy Spectrum Limited would pay homage to another game that I consider a classic from the PS2 era.

There’s a fair bit of exploration to be done in each of the game’s seven levels. There’s talismans that you can find which grant you special abilities, like the power to slowly restore blood that normally comes from eliminating enemies, which fuels your special moves and gun (that you acquire way too late in the game, but can be used when backtracking). Then there are Orbs which contain story elements that help fill in the gaps that the playing the game alone will not tell you. In fact at the start of the game, all the dialog is subtitled in different languages pertinent to the game, and you’ll have to spend the mana you accrue from playing in order to unlock the ability to read them, and once you do, things become much clearer. 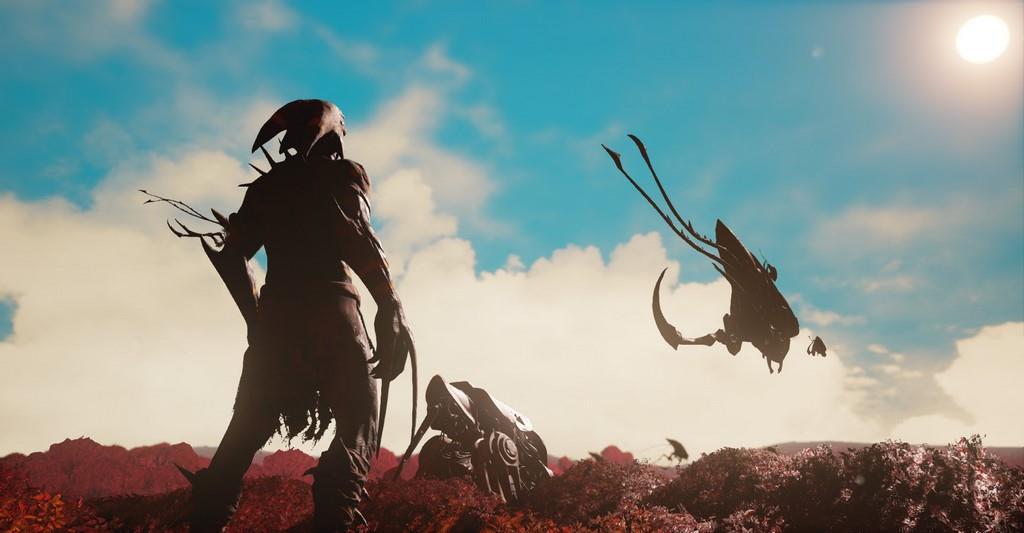 Aarbron’s story is one of tragedy, and slavery, kidnapped as a child by the mage Zelek, and forced to serve Maletoth as his sword, The Beast, a vessel of all the fallen souls who lost their lives to Maletoth. Zelek unleashed The Beast upon Karamoon, and it is there that Aarbron breaks Zelek’s hold upon him, and sets him about on his quest for revenge. As a remake, it fills in a lot of holes that the original game had, and it’s actually well presented. The overall length of the game clocks in at about five to six hours for an initial playthrough, and playing through levels again will be necessary, as there are multiple endings to unlock, and each has a different unlock condition, the hardest of which will require you to complete all levels on Beast difficulty.

There are leaderboards for each level and difficulty, along with a social feed to keep you up to date on how your friends are doing. There’s also a fair amount of content to unlock as well, using the mana that you earn. You can unlock art galleries, featuring some of the classic Roger Dean artwork. There’s the option to play the whole game with the original soundtrack of the Amiga game, and as previously mentioned, the original Amiga game can be unlocked as well, along with an option for infinite lives to help you get around the at times, ridiculous difficulty.

At the outset, I had felt like this game was garbage, and that I wasn’t giving it a fair chance. After playing through a few times, and unlocking a few endings, this game ultimately started to grow on me. It still has a few flaws in the combat system that really don’t jive with me. The technical hiccups that occur also are probably affecting this verdict a lot more than I should let them, but for a game that doesn’t really appear to be pushing the console to its limits, the expectation was set and reality doesn’t quite align. Heavy Spectrum Limited without a doubt has improved upon the Amiga original in every way possible, and have done a fine job in presenting it, but the nagging issues are there, and they really keep this game from being a ‘classic.'

I'm probably being more harsh on this game than it deserves, but for the price point there is an enjoyable title here. You just need to give it time to grow on you. Hopefully gamers out there can look past the flaws that I seem to be hooked on.