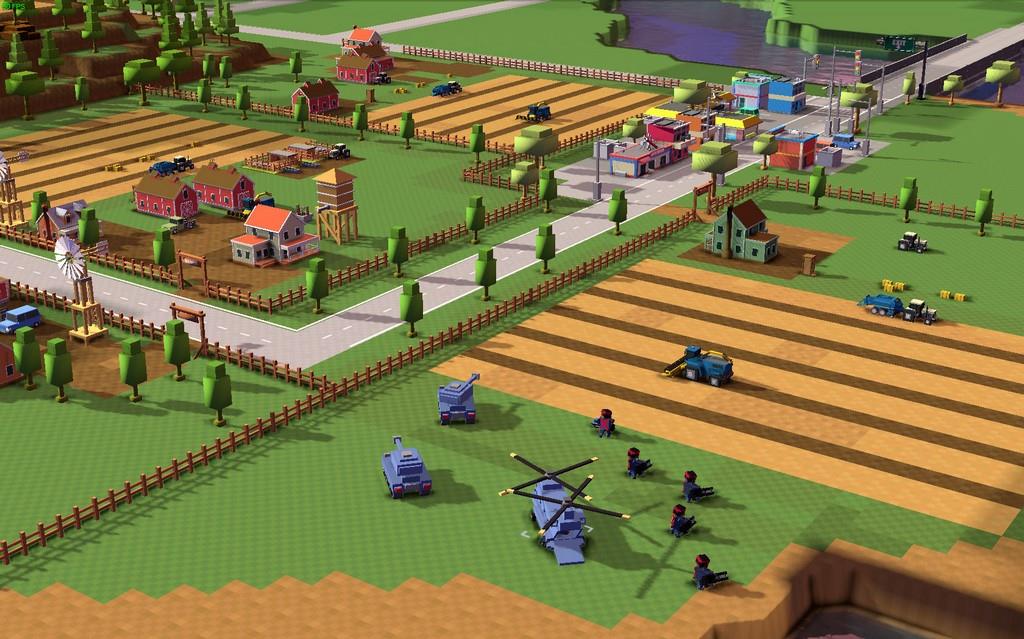 I’ve never been a fan of the real-time-strategy genre. I find the pointer-based controls to be clunky and counter-intuitive, so I never went so far as developing my maco. Even more, I just don’t like the idea of sending dozens of adorable little soldiers to their deaths on a whim, as if they were just so many raw materials. Who are these guys? What are their names, their motivations? There’s a callous detachment to the RTS that always rubbed me the wrong way; I much prefer to have my boots on the ground in a shooter of some kind or a tactical team-based game. As a result, RTS just isn’t something I grew up with. I’ve reviewed a few over the years but because it’s a genre I’m not familiar with, I always have to retrain myself to play one.

I freely admit then, that Petroglyph’s 8-Bit Armies is exactly the RTS for me. This is probably the most beginner-friendly entry the genre has seen in the last decade, and it just works. For starters, it just looks so much less busy and threatening; the art style is right there in the title. Everything is constructed from blocks, even bullets and grenades, so it’s sort of a simpler, more colorful Minecraft viewed from an isometric perspective. I may sound like a scrub but this is a lot more welcoming than the art style of the typical RTS—over-detailed, grainy, impersonal. Most RTS give me unpleasant thoughts of socially awkward middle-aged guys sitting in their basements with way too many hand-painted pewter figurines. It’s a cruel, deeply unfair perception I admit, but the art style, perspective and general feel of the RTS genre was always an audio-visual brick wall for me. Again call me a scrub, but 8-Bit Armies at least looks friendly.

The interface is also friendly, and elegantly simple. I don’t think it will lend itself to the kind of Zerg ballets you’d see in a South Korean Starcraft tournament, but compared to the average RTS offering it is so much easier to pick up. Available units, money and energy are displayed along the right side of the screen, allowing for quick construction and resource management. Once your factories and barracks have churned out some tanks and soldiers it’s also easier than usual to select some units and send them off to war. It’s still a bit janky—grid based click-and-drag selection always felt awkward in isometric view—but at least I’m not trying to figure out how to select my own soldiers while the enemy is at the gate. 8-Bit Armies is not a pushover but it has a much more reasonable difficulty progression.

The game has a fairly standard RTS mission structure and setup. You start with an HQ that you embellish with factories to provide supply lines, barracks for training up infantry, motor pools for cranking out tanks and armored cars, and power plants to keep the whole thing running smoothly. Your first missions start simply: push back the fog of war, defend your base while hunting down and blasting the enemy HQ off the map. This is no different than any other RTS but it’s a lot more forgiving. In Grey Goo—also by Petroglyph ironically—I was still learning the finicky controls while enemy units began to pour in and eat my lunch. In 8-Bit Armies, I felt like I had a solid hand on the situation before striking out to teach the Yellow Team who’s boss.

More complex missions begin to open up after you master the basics. After the third mission or so I admit to being impatient to try new units and vehicles, but the game doesn’t just drop them into your lap as you progress. Rather, it smartly makes you go steal them from the enemy in the form of blueprints. In this way you can start building tanks, tech bases and improved soldiers fairly early on, but you still feel like you’ve earned those things by pushing forward and defeating your enemy. 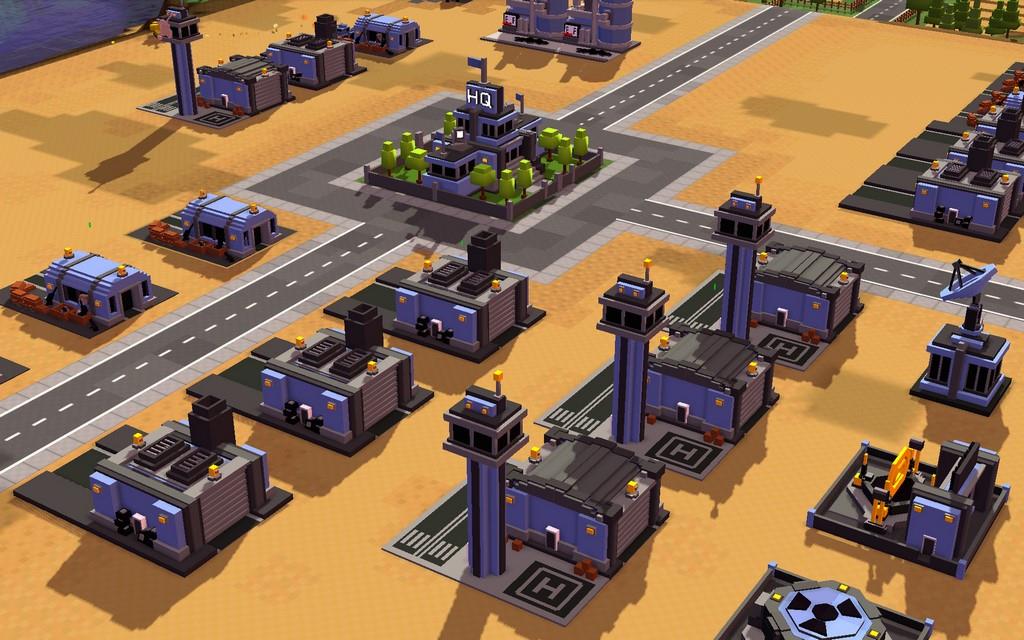 This point is where opinions start to divide about this game. It’s fairly straightforward and great for beginners, but that also means that there isn’t the kind of variety you would see in a bigger, more ambitious RTS. You can only play one faction to start—the Renegades—and while that 25-mission campaign is fairly lengthy, there isn’t a ton of mission variety. While the second faction, the very Team Fortress 2-esque Guardians, are unlocked free for multiplayer and skirmish mode, you must buy their separate 15-mission campaign as DLC.

8-Bit Armies also includes 12 missions specifically for co-op, so it’s not like you can play the whole game with a friend. Naturally the multiplayer has a lot more customizability, but it remains to be seen just how much PvP life players will get out of this fairly limited RTS. Despite this somewhat constrained framework, however, 8-Bit Armies is still worth your time. What several critics fail to take into account is that this game is cheap. For $15 you get 25 campaign missions, 12 co-op, and a fully-featured multiplayer mode. For an addition $4 you can get the 15 Guardians DLC missions.

8-Bit Armies isn’t intended to be Petroglyph’s next big RTS to follow up on Grey Goo. Instead, it’s a gateway drug. RTS is a genre that holds a lot of complexity but this can be a significant barrier to entry for casual players. 8-Bit Armies is a cute, simple strategy game that is easy to get into, lenient on beginners and fun in co-op and multiplayer. Serious RTS players might get bored with it, but I don’t think Petroglyph made it for them, at least not exclusively. I think Petroglyph realized that a lot of people missed the Command and Conquer bus back in the 90s and it’s time to get some new blood into the genre.

I can’t see myself spending a whole lot more time with 8-Bit Armies, but for $15 it’s a fun distraction, and it’s beginning to change my mind about an entire genre of gaming and its audience. I would say that’s worth the fairly modest price.

Petroglyph, the modern maestros of RTS, have created a fun, accessible new entry that is a great way to get into the genre. There isn’t a lot of complexity here but the friendly art style and generous difficulty curve make 8-Bit Armies the perfect RTS for beginners.