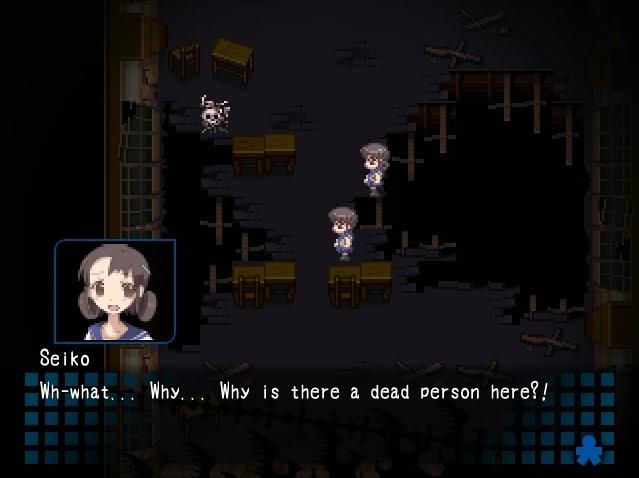 Remember when you were younger how you and your friends would sit around and tell ghost stories?  Now imagine if after that you somehow took part in some sort of weird ritual and the next thing you know you all get separated in some sort of abandoned building where a bunch of murders took place a long time ago.  Kind of sounds like what would happen if Are You Afraid of the Dark took on an incredibly serious tone, but it kind of sets the premise for Corpse Party.

Corpse Party was originally released for the PC in Japan way back in 1996 and was created in a version of RPG Maker.  It has since seen several other releases, including a few in the US.  The Steam version is actually a translated port of Corpse Party: Bloodcovered, which is actually a remake of the original Corpse Party and was released in 2008 in Japan.  A few other games in the series have been released in Japan while in the US we got a couple of the sequels and enhanced remakes.  The version I’m reviewing today is the enhanced remake of the original 1996 game.

The game begins with a group of school kids telling a story about a teacher who died in an elementary school several years ago.  The school, named Heavenly Host Elementary, stood where their school now and was torn down not too long after the teacher died.  Some say though that the teacher, not believing she’s dead, still roams the halls at night after everyone else should have left and is usually accompanied by a sudden blackout.  After the story is done, the kids gather in a circle along with their teacher’s aide to form a bit of a pact of friendship.

Little do they know that by partaking in this “pact”, they inadvertently engage in a ritual that finds themselves transported to a whole other “space”: an inescapable echo of Heavenly Host Elementary where a series of murders took place a long time ago.  Now the kids must find a way to leave the school before they join the ranks of those who were murdered all those years ago.  Given that this is pretty much a survival-horror game of sorts, that won’t be easy, especially since multiples of these spaces exist and the kids aren’t all in the same one.

Corpse Party has five main chapters and sort of works as a “choose your own adventure” visual novel of sorts except that it uses character sprites and text boxes as opposed to just seeing a bunch of words on the screen.  When you are able to move around you’ll search the halls and rooms of the school trying to find a way out as well as just where you are and what happened.  You can interact with certain objects, pick up tools and items that can help you out, and find some info on other students who somehow wound up murdered in the school.  Every so often a cut scene will play out to push the story along, but not necessarily in the direction that’s required. 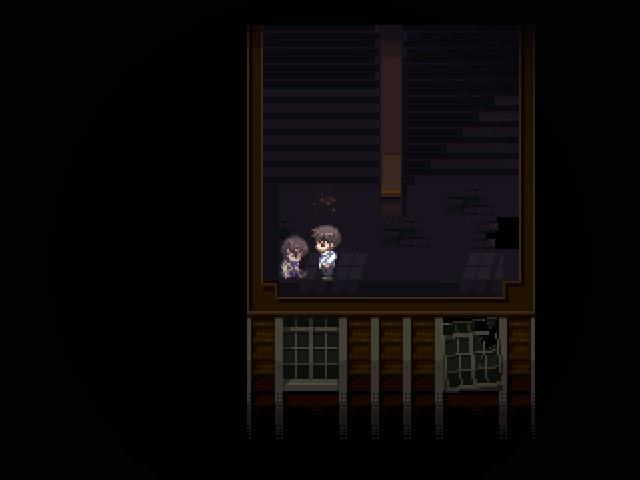 Much like a “choose your own adventure” novel, there are multiple “Wrong Ends” throughout the game with each chapter having a specific amount.  The first couple of chapters may only have two or four, but the later chapters can have over half a dozen.  You’ll know if you get a wrong end as the game will clearly tell you, but not before subjecting the character you’re controlling to a grisly death…most of the time.  There’s at least one instance that the death of a controllable character doesn’t necessarily mean you’ll get a wrong end.  However, you’ll typically know when you get a wrong end not too long after triggering it as you’ll either get caught by some ghostly figure one too many times (you can hit Escape to check your character’s hit points) or you made a wrong decision.

As you progress through the halls of the school you’ll occasionally come across a lit candle.  These serve as save points and it is typically wise to save every chance you get.  Each chapter gives you three save slots which is nice for one reason that, as of the time of this review, I haven’t come across yet.  I will admit that I haven’t cleared every chapter yet.  Up though what I’ve played prior to writing this review all of the wrong ends I’ve encountered weren’t too long after saving my game at a candle.  I have yet to encounter a wrong end at a point where I couldn’t go back and correct it somehow.  That being said, only getting the correct ending is required to progress through the game so if you’re saving every chance you get and happen to get a wrong end, you probably won’t have to backtrack as much to fix the issue.

Getting through each chapter isn’t all that simple.  If it was there wouldn’t be twenty endings where you die.  If there’s anything I learned while getting lost in the first chapter, it’s to inspect just about everything.  There might even be times where you have to inspect things in a particular order or a certain number of times before a door will open so you can continue.  There might even be times where you’ll inspect something, nothing will happen, but then you’ll have to inspect it again later in the chapter and suddenly you get an item.  It can be a bit aggravating, especially since if you forget to do something or do something you shouldn’t do you’ll potentially hit a wrong end. 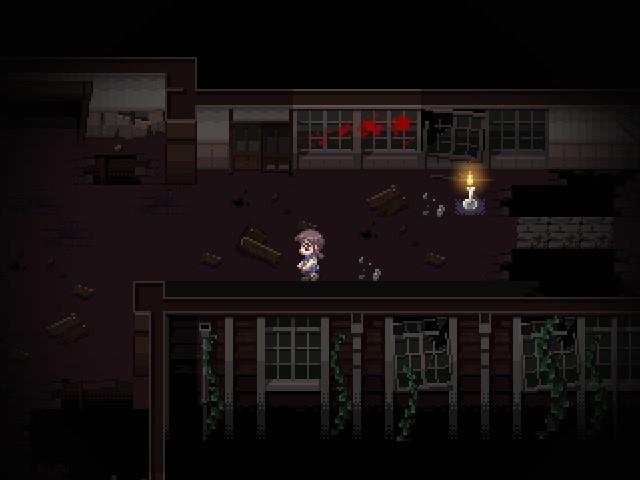 Having no experience with the series before writing this review, I’m enjoying my time with the game…for the most part.  I do plan to finish the main chapters and any extra chapters that open up (which deal with some side characters), but at the same time it can feel a bit boring.  I know I just contradicted myself so allow me to explain.  As someone who’s never finished a survival-horror game, I’m enjoying the story for the most part.  There are some moments of profanity that just seem tossed it for the heck of it, but the scenario of multiple “echoes” of the same building and having the students try to reunite somehow is rather intriguing.  As someone who’s never experienced a visual novel before I’m liking what I’m seeing.

However, the gameplay itself can get a little dull at times, at least for me.  Everything is kind of straight forward if you inspect just about everything and if you save often enough, getting a wrong end isn’t all that punishing, at least in the early chapters.  Honestly I was more interested in seeing the story progress than I was actually progressing the story, if that makes any sense.  On the contrary though, that’s not to say Corpse Party is a bad game; it’s not by any means.  It just all depends on your taste in survival-horror games and visual novels.

As far as mixing the two goes, Corpse Party is an enjoyable experience.  If you’re really into these types of games it’s actually been recommended to wear headphones and turn out the lights to truly get the effects of the horrors you encounter.  While I haven’t experienced much yet that would make me jump out of my seat, that’s not to say others will experience the same thing.  Whether or not you like visual novels, Corpse Party is a pretty good experience.

Corpse Party is a pretty good mix of a visual novel and survival-horror games.  While the gameplay itself can get a little dull at times as you wander the halls of the school and try to interact with just about everything, the story is rather enjoyable and unique.  Wear some headphones and turn out the lights to complete the experience.