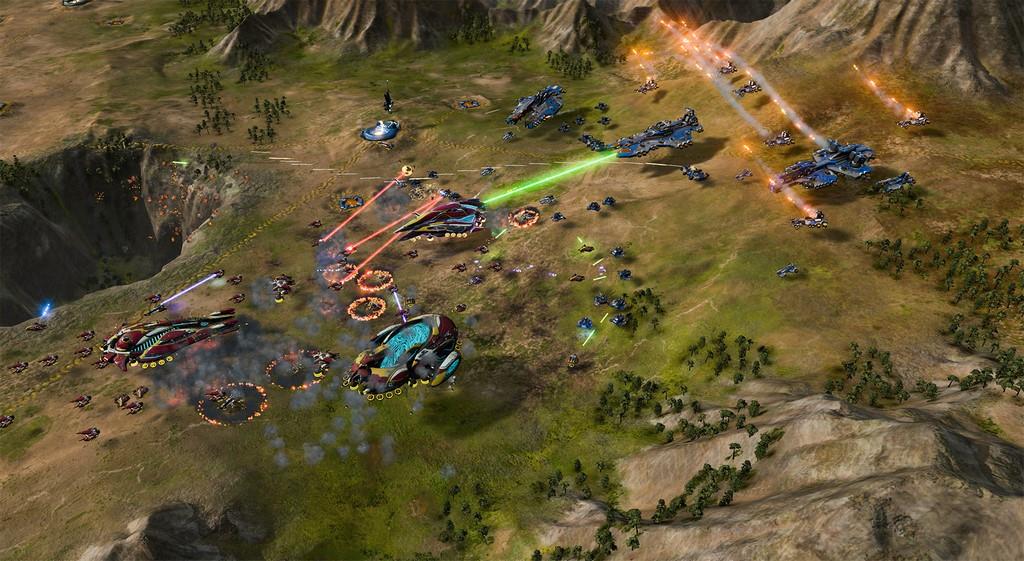 Ashes of the Singularity Interview

Written by Charles Husemann on 4/27/2016 for PC
More On: Ashes of the Singularity

The final version of Ashes of the Singularity came out late last month and while we are busy working on our review of the game (spoiler - it's really good) we reached out to Stardock to see how the development of the game went.  We were fortunate enough to talk to Brad Wardell, the founder and CEO of Starkdock who answered our questions.  If you want even more info on the launch of the game be sure to check out this retrospective which has even more detail and concept art from the game.

What are you feeling now that the game has been out in the market for a few weeks?
Relief.  This was the most challenging game I’ve worked on in my career.  When we started Ashes of the Singularity, there was no such thing as DirectX 12 or Mantle.  It was a very high risk endeavor to try to make a new engine and a new game simultaneously.  Now that it’s out and successful, I just have an overwhelming sense of relief.

Has the critical reception been about what you expected it to be?  Have fans responded to the game like you thought they would?
It’s been very mixed.  In my 20 years of making games, I’ve never seen such a split in reviews before.  We’ve gotten a lot of 90s but I’ve seen us get some 60s and when you read the reviews, it basically boils down to how important the story-driven campaign is to you.

If you are interested in a good, highly replayable single or multiplayer game that, like Total Annihilation and SupCom, before it will gradually evolve with new units and content – as it was designed to do, you will probably like the game a lot.

On the other hand, if you mainly play real-time strategy games for the campaign then Ashes is pretty basic on that end. It’s easy to forget, as I certainly did, that between the golden age of RTS’s and now that those games that have been released more recently focused heavily on their story rather than the gameplay and thus, players have become accustomed to rich, deep campaigns.

Now that the game’s out, we can’t really do much for those who already passed a verdict on the game based on playing the campaign for a couple hours.  What we can do is update the campaign with more content, story and higher production values.  Campaigns aren’t the expensive part of an RTS. The engine is.  So we’re happy to provide more story-driven content, we just weren’t anticipating people looking for that so much.

How did the final game align with the expectations you had going into development?
The final game turned out much better than we had originally expected.  We started with Star Swarm as a technology demo of our Nitrous engine and then moved on to Ashes of the Singularity which had relatively limited scope.

But when Windows 10 and DirectX 12 showed up, suddenly a lot of interesting things became possible.

I realize making a game that only a small percentage of the game base can play seems crazy but Stardock’s overall objective was to get a 4th generation engine that we could use on Star Control and other games we have in development.  Ashes of the Singularity being successful is a huge bonus for us.

Hence, our expectations went from “I hope someone can play this” has gone to “I think this could become the go-to RTS over the next couple years.” 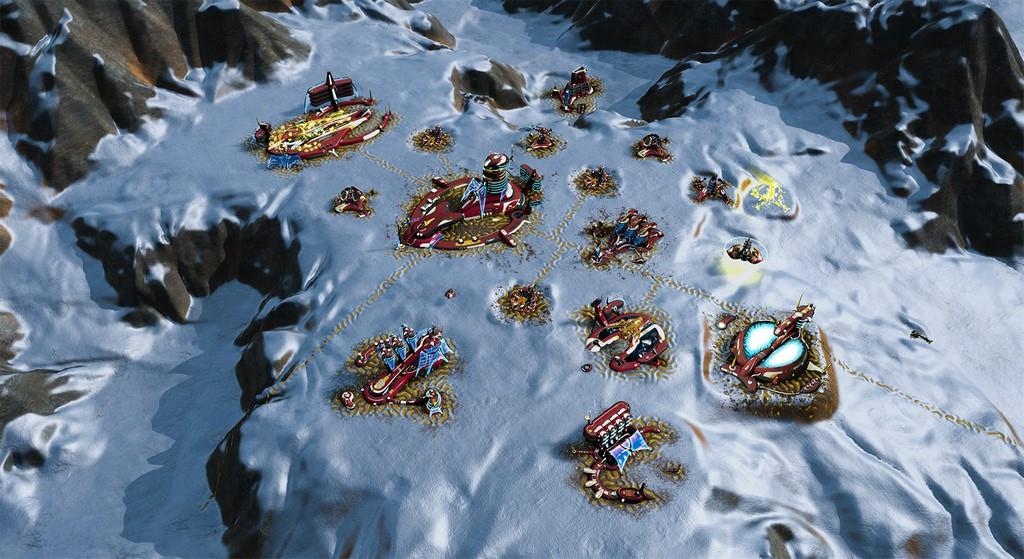 What one crazy idea that came up in the development of the game that didn't make it into the final game?
There are so many crazy ideas to choose from. ☺

I think the craziest idea was that we originally intended for reinforcements to be flown to the front from their factories via little flying drones.  Thus, your front line could be very far from your factory but your reinforcements were constantly being ferried in.  It’s an idea we would like to revisit in the future.

Do you have a favorite unit in the game?  Why that one?
My favorite is the Avenger. It’s a Substrate unit that basically just hoses down endless numbers of the little crummy T1 units.  It has shields that recharge at a rate of 10 per second making it very hard to kill if you are spamming the little cheap units at it.

What one thing do you know now that you wish you had known at the start of the development?
The expectations people have for campaigns.  Under the covers, we have a very powerful scripting system that we could easily have made truly epic missions with for release.  While I’m glad we get to learn from these mistakes and in future expansions and sequels correct them, I wish we could have launched with a more epic campaign from the start. 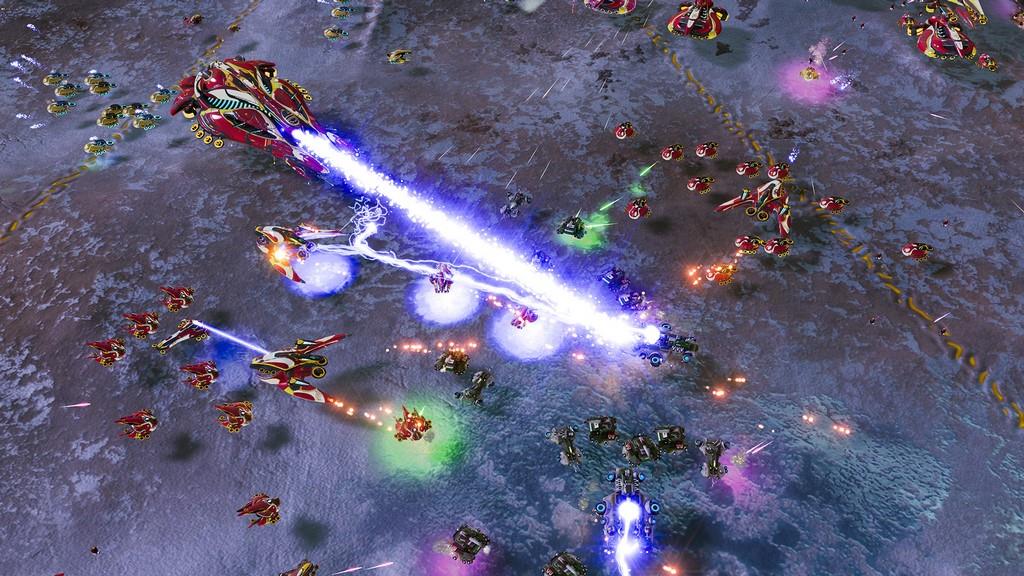 How hard was it to balance the two forces in the game?
Very hard.  You can always tell someone who hasn’t played the game much when they think both sides are similar. They’re not.

For example, the Substrate don’t have armor. It’s all shields with each unit having a recharge rate.  Their weapons require energy which requires a unit that will recharge them to be around on the battlefield for optimal performance. Meanwhile, the Post-Humans are much more traditional. Hover tanks that fire rockets and grenades and other projectile weapons.  The two just play very differently.

Stardock is known for supporting their games over the long haul, what's the plan going forward for Ashes?  How much of it will be paid vs how much of it will be free?
Most of what we do on our games is free.  Since we migrated to exclusive digital distribution a few years back we’ve basically kept most or all the team on a given project after release to keep evolving it as long as there’s active demand for the game.

So like with Galactic Civilizations III, which released v1.7 yesterday, Ashes has a multi-year roadmap going out to 2021.

When should players expect to see the first bit of content for the game?
Every week there’s a bit of new content in the form of maps and scenarios which are free.  The first paid new content will show up in May in the form of a bunch of new maps and scenarios.  We want to price these at $4.99 and use the DLC money to pay for some new units that will then go into the game (for free) later this Spring.

What kind of modding tools will be made available?  What kinds of things will players be able to mod into the game?
The game ships with the map editor we use to create maps.  But as is, the game is extremely moddable.  Players can make their own units, maps, scenarios.  Players can even create their own campaigns.  It’s just XML.  When players run the game with the -modding parameter, they get access tot the mod panel by hitting the ` key

Will mods be available in multiplayer games?
Eventually.  Right now, there’s the issue of making sure everyone has the same stuff on their machines to avoid desyncs.  But in the long term (well not real long term but you know, like Summer) we want to use Steamworks to sync people so that if you create a custom game mode you and your friends can play it. 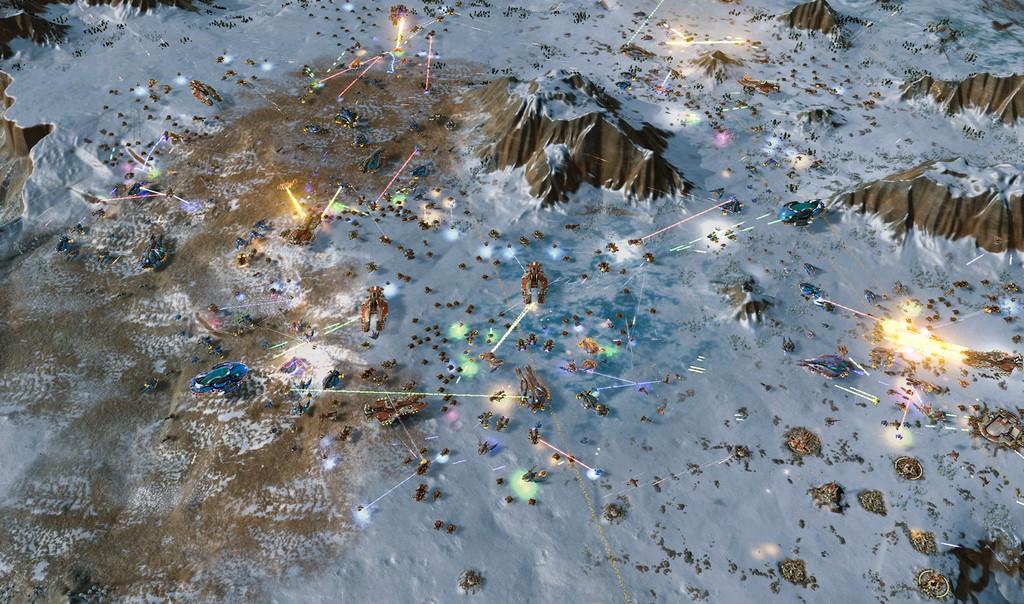 What kind of tools will you have to help people discover mods?
We mostly plan to use Steamworks and GOG Galaxy tools.

Is it too early to talk about Ashes of Singularity 2?
Oh definitely.  Instead, we will moving towards the Fall expansion along with getting in a third race, naval units, new game modes, etc.  That’s all part of the Ashes 1 game plan.

We'd like to thank Brad for taking the time to answer our questions as well as Samantha for coordinating the interview.