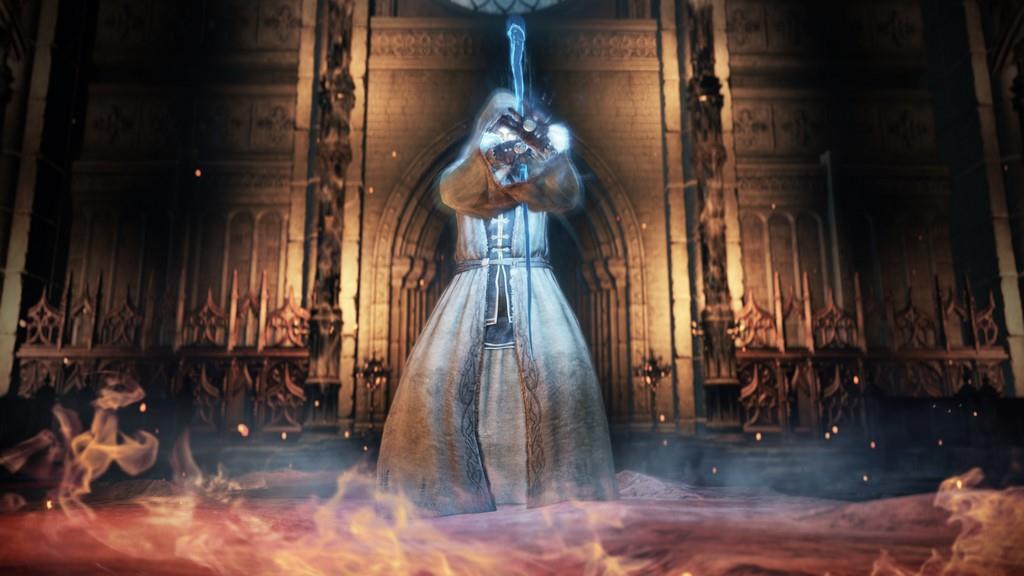 Right off the bat, Dark Souls 3 doesn’t want you here. You’re not really worthy of its time, unless after the cursory introduction to the controls, you manage to slay the first boss waiting for you shortly after the first bonfire. Dark Souls 3 starts off in as brutal fashion as you can imagine, and it only gets worse (or better depending on how much you enjoy these games) from there. You’ll have to forgive me for coming off a bit terse, I’ve just had my ass handed to me by this game for the past week. With each moment of frustration though, the joy you feel after taking down one of the many bosses in this game makes all the suffering worth it. Likewise the exhilaration you feel when you scrape by an encounter, and you realize you need to find a bonfire, and you’re out of homeward bones. This is the essence of Dark Souls, at its best.

Like Bloodborne, Dark Souls 3 is a bit light on exposition, the opening montage tells of the broken land of Lothric, where the Lords of Cinder dwell. As the ‘Ashen One,’ you must find and defeat the Lords of Cinder. There’s debate as to where this game falls in the Souls timeline, but you’ll find epitaphs littered throughout the game that will help spell out the story, but otherwise this game also follows the minimalist approach that worked well in Bloodborne. You'll encounter various NPCs who will let on what they know of this world, and some will serve you in your journey in exchange for saving them, but you've got to keep a sharp eye out for them, as they are quite easily missed.

If you’ve played previous titles in the Souls series then you no doubt have an idea of how the game functions. For the uninitiated, remember how NES games were ‘extremely hard’ back in the day when you were young? Let’s take Mega Man as an example, you jumped, you shot, you scrapped your way to the boss of the stage, only to die, your controller tossed across the room, possibly broken, your parents swearing they weren’t going to buy another one, and you were back to the start of the stage. But as you played on, you got better, you grew more patient waiting for platforms, you figured out what previously acquired weapons could work against which boss, and then you triumphed! But your friends didn’t really believe you did it, so you had to do it again with them watching for it to count. Dark Souls can kind of be thought of in the same vein, minus the friends being in the room because you’re streaming your game sessions. You make incremental progress from bonfire to bonfire, and in doing so, you will die, a lot. But you’ll pick up skills along the way, you’ll learn what makes enemies tick, and you’ll figure out how bosses are meant to be fought, and given enough time, either from slamming into that brick wall, or by leveling up way more than necessary, you’ll move on to the next area, and the dance begins anew. If you’re not ready to commit, then maybe something more casual might be for you, maybe you need to take it down a step and play some Devil May Cry or something.

The thing about Dark Souls though, is that it really does give you all the tools you need to succeed. By doing a little bit of exploring, you can find some gear or accessories that can really help you in your battles, and at the very least you’ll scoop up some souls that you can use to level up or buy better gear. Souls are the main currency in Dark Souls games, and you’ll be using them for a variety of weapons, spells, items, and improvements to gear. Then comes the ever agonizing task of making sure you’re not too overloaded on gear. Having your equipment loaded out properly is just as important as carrying the right gear, going in too heavy is going to affect your mobility, and thus affecting your stamina, one of the three key stats you need to pay attention to. Your HP is the obvious measurement of how much damage you can take, and after defeating a boss, or by using an ember item, you’ll be in an ember state, giving you more HP to work with. Die, and it’s right back to ashen state. Your FP can be considered your mana, necessary to cast spells, along with a high intelligence stat. Some weapons can also consume FP when used, like the Uchigatana, a powerful blade that has a different stance depending on how you choose to hold it, but every strike will consume some FP. Lastly is stamina, and is probably the most crucial. Blocking, running, swinging your weapon, all of those actions consume stamina. Run out of stamina while blocking? You’ll suffer a guard crush state where you’re wide open for attacks. Being aware of these stats can be difficult, especially when you’re being overrun, but panicking is the worst thing you can do, and will probably lead to a swift death. I can’t stress it enough, be cautious. 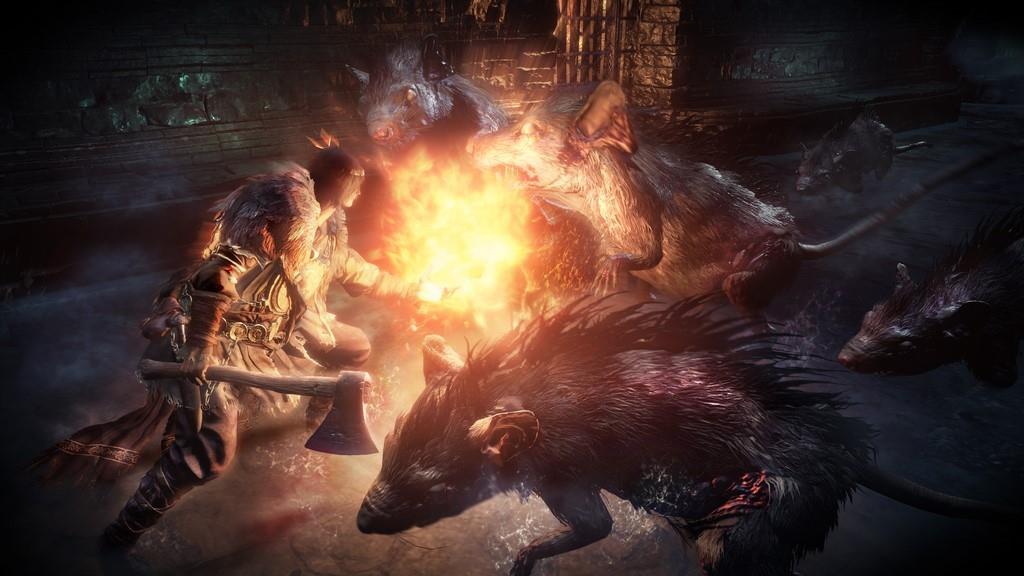 From Software has always been able to get the very best visuals out of their games, even back when they were doing Armored Core games on the PS1. They’ve had some stand-out visuals with last year's Bloodborne, and have really upped the ante in Dark Souls 3. A bit warmer by comparison in the color palette, the visuals look absolutely amazing, though being locked at 30 frames per second is a little bit of a let down, the game still manages to be one of those ‘showcase’ titles for the PS4 library, thanks to the recycling of the Bloodborne engine. The gothic atmospheres, and sprawling vistas can force you to give pause, and just soak in the broken world that is Lothric. The haunting soundtrack is also at times somber, oppressive, and thundering, with tracks that perfectly fit each boss fight, locale, and chance encounter. The audio also features a lot of clues on what attacks some enemies are spooling up, so listening with a good set of headphones or a powerful sound system is not just enjoyable, but also prudent.

Multiplayer is a huge aspect of Dark Souls, unfortunately over the course of this review, the servers were not up, forcing me to play the game in offline mode. As I write this review, the servers are live, meaning I’m finally getting some of that Souls community flavor, the helpful, and humorous tips, and invasive shenanigans are set to roll, and I’m sure there will be some masterful trolling to view on twitch at a later time. Getting invaded by a malicious soul can be a bit harrowing though, and it’s never fun to die to another player, but know that that danger is always lurking around the corner, and it can even happen in offline mode, as I encounter a bot over the course of my playtime, so I had the same thrill, and it even had some mannerisms of a normal player, but knowing it was a bot kind of cheapened the experience.

So we’ve had a few different flavors of the Souls games over the past two years, and I’m starting to wonder how much tread is left on these tires. I can assume we’ll see a Bloodborne 2 down the road, and if this really is the end of the Dark Souls series, then I think it’s going out on a spectacular note. The game does a good job of taking the best of the Dark Souls games, and marrying it with the experience of Bloodborne’s unique take on the formula to create a nice hybrid that still maintains that essence of the series, along with that difficulty that cuts right to the bone, and then slices off whatever appendage that just was. Oh, I’m dead again. Once more into the breach lads! Those Lords of Cinder aren’t going to fell themselves.

Dark Souls 3 is going to be the most accessible game in the series, while still maintaining the brutal levels of difficulty and reliance on skill. If this is the end of the Dark Souls series, then they've chosen the perfect time to bow out.