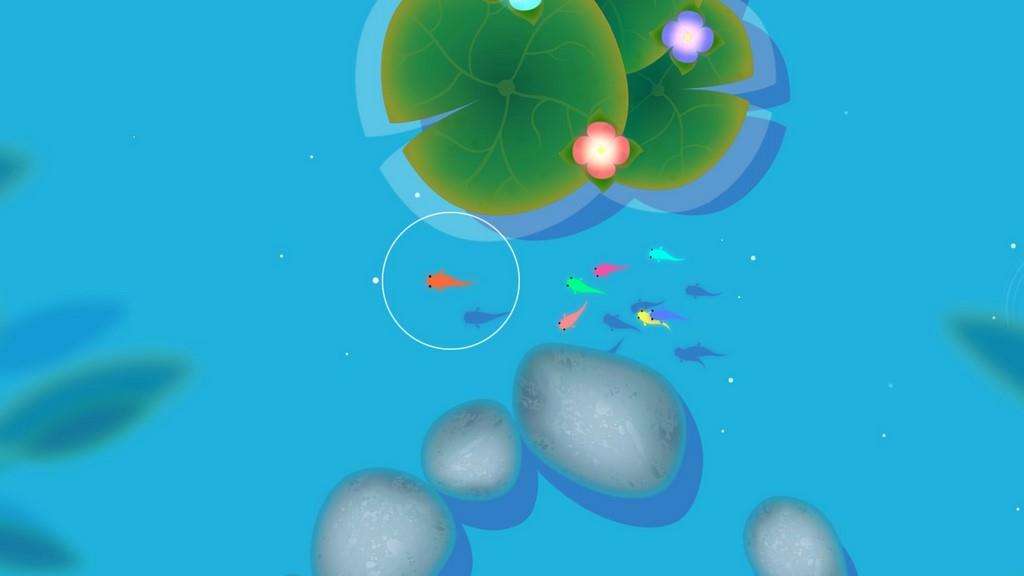 Koi is either an understated tale of quiet heroism, or a somewhat limp reimagining of Journey. Perhaps it’s both.

In Koi, you never do become a big fish in a small pond. You just don’t. But you are a fish with some power. You have the power to revitalize flowers. The power to unsnag branches. Maybe the power to open a gate or two. It’s a power that other fish and amphibians recognize in you. They follow you, encourage you, and aid you in your quest. And your quest is a modest one: find other stray koi, revitalize lotus blossoms, and hunt down the source of the pollution making its way upstream to your home.

Starting off in sky-blue waters, you swim your little koi around and draw other koi to like-colored flowers. Find a green koi, lead it to a green flower. Find a red koi, lead it to a red flower. The flowers bloom and, I assume, the world is better for it. The minimalist objects in each scene are key to this journey. Make your way around big pond stones, flit beneath soft-focused branches, and swim under lilypads. The top-down adventure lets you slip beneath overhanging riverbanks and seemingly hide beneath the lilypads, but a perfect circle encapsulates your koi, making it findable at all times on the screen.

Along with the primary objective of turning little flowers into big flowers—and bringing dead flowers back to life—is the side-quest hunt for little white five-pointed stars and little white puzzle pieces. The stars (typically five to find in each level) do nothing but give you a star count at the end of the level. The puzzle pieces (four of these per level) assemble a four-piece painting, also shown at the end of each level. Some stars and puzzle pieces float in your way and are easy to find. Others hide in sometimes unimaginative spots, pulling you out of your way to backtrack and basically mousehunt around the entire waterway.

A few actual puzzles polkadot the levels, too. They’re a little tougher than the rest of Koi’s peaceful journey might indicate.

Remember the game of Simon, the electronic game of memory with four colors arranged around a disc? There’s a game of Simon play in Koi. But, whereas Simon’s four-color, tonal arrangement builds upon itself, Koi’s makes you break out a pen and paper to solve its disparate puzzle. 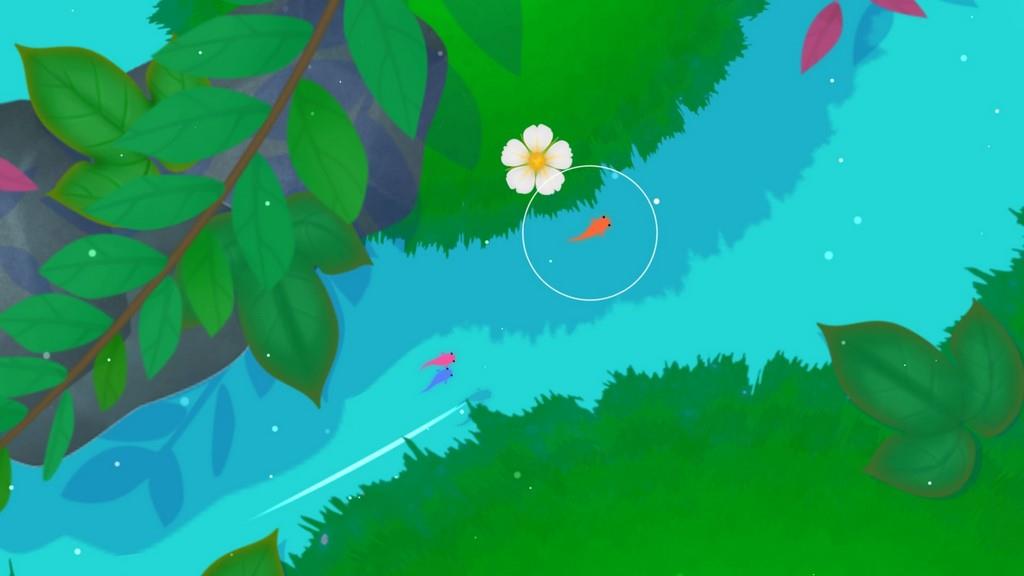 Musically, the twinkly notes intoned when flowers bloom are dissonant from the twinkly notes the pianist plays on the soundtrack. The soundtrack itself is lovely, looping, and simple, all of which harmonizes with Koi’s art style. Sometimes the music is lush and billowing, sometimes it’s rushed and rambling, and sometimes it’s spare and haunting. It adds a nice coat of audio paint to everything.

Koi occasionally lies to you about how it should be played. Fighting the current as a little koi is tough. An opening section of one level teaches you that you’re helpless against the current—might as well just go with the flow because you can’t redirect yourself in it. Then the following section makes you unlearn that gameplay truth and has you swimming against the current endlessly. Sometimes, Koi’s lesson is to teach you to swim against the current until your thumbs are sore.

Another level makes it very clear that you cannot enter pipes, then sneaks in exactly one pipe that you can swim into—where it hides a puzzle piece from you. It’s just one more thing that makes you start to distrust the gameplay mechanics it’s taught you. 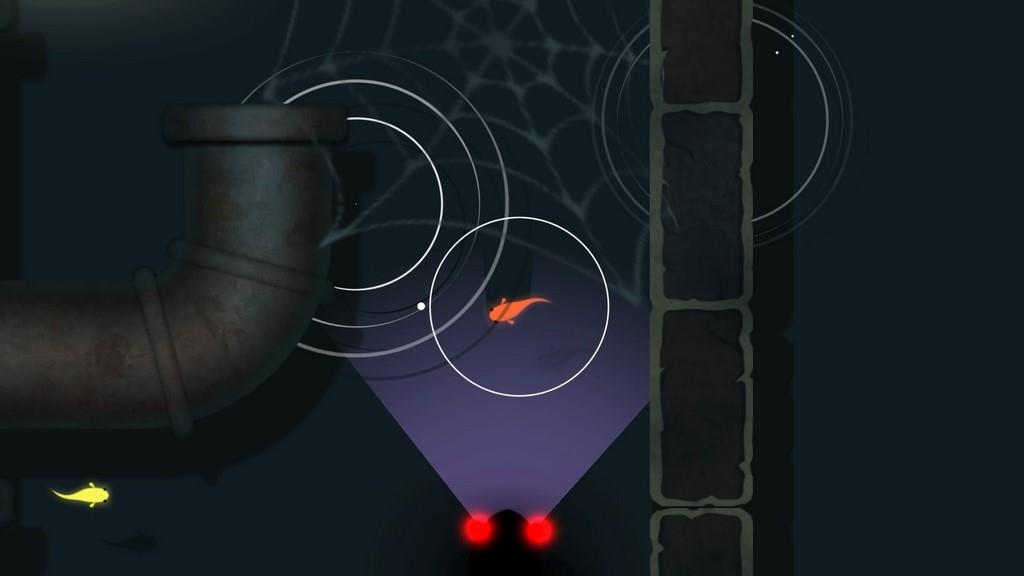 The simple mystery behind Koi’s puzzle pieces is a sweet and uncomplicated tale. It’s gamier parts—like finding puzzle pieces and stars—is a blunt motivation to explore every bend in the river. And the musical accompaniment makes for a nice dip in the old swimming hole. Nothing about Koi is deep, but it soars into pleasantly unexpected territory for a story that’s got a gentle magic to it.

Koi is cute, it’s simple, but worth a swim if you’re in the mood for a low-rent Journey.