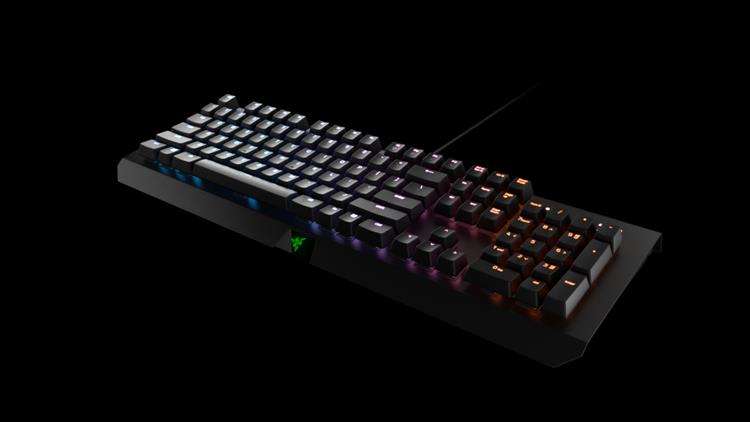 Razer recently announced a more budget friendly line of mechanical keyboards and they were kind enough to send along the BlackWidow X Chroma to review. The BlackWidow X line is very similar to the BlackWidow line so feel and features will not change much from our view of the BlackWidow Chroma. So, let’s see what’s different.

Looking at the BlackWidow X Chroma, you can see it’s the Chroma if you removed the top plate from the keyboard. The removal of this plate exposes a lot more of the keys themselves. It makes the keyboard have a more minimalistic look if you are into that sort of thing. Even with the removal of the top plate, the BlackWidow X Chroma feels incredibly solid. It’s definitely got some heft to it and it feels really well constructed.

The layout of the keys are identical with the BlackWidow Chroma minus the five programmable keys on the left side. Other than that, they are the same with the function keys doubling up as media controls and some toggles for some other functions. 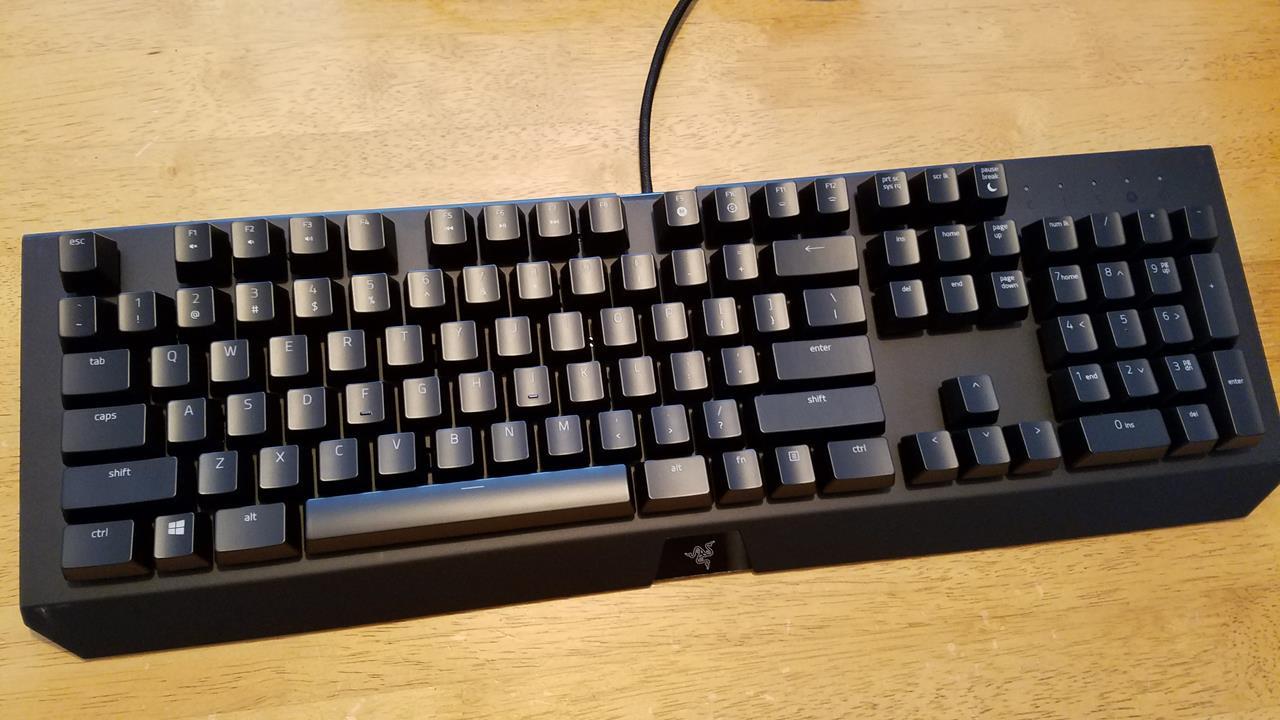 Underneath are two retractable legs that give the BlackWidow X Chroma a higher angle if you need it and there’s a cable management system underneath. You can channel the nice braided USB cable from the left, front, or right of the keyboard, depending on where your computer or USB hub sits.

As the name implies, the BlackWidow X Chroma features individually backlit keys that can light up in over 16.8 million colors with many different effects. The light emits both from the top of the keys as well as at the base. All of the light customization is done with the easy to use Razer Synapse software. A few games now take advantage of the lighting system so it’s good to see support increasing for the Chroma line in games. Lighting customization is pretty extensive as you can layer them in various zones. You can even import and export your lighting creations and Razer offers a workshop that has a great deal of effects for you to download and use. I created one where the keyboard would cycle through colors with a breathing effect and then add a layer on top where any keypress would change the color temporarily to one I specified. It would then fade back to the breathing effect and it was super simple to do. I’d love to see more profiles from other folks as they get creative with this feature.

Connection to the computer is just one simple USB cable. With past Razer keyboards that had more features, it had a two USB cable system as well as audio connectors. But with the BlackWidow X Chroma, the paired down features allowed them to simplify the connection. I didn’t use the secondary USB connections or audio connections of the BlackWidow Ultimate so I welcomed the change to a single cable.

For gaming, the BlackWidow X Chroma’s keys really feel great and offer superb feedback when pressed as well as not taking too much force to actuate. Playing games like Diablo 3 and Call of Duty: Black Ops III, I really liked how responsive the switches were. That’s not a surprise as I really liked the keys when I reviewed the BlackWidows Ultimate. Of course, there are those that prefer a quieter key, but I enjoy hearing the audible sound when one presses a key so I didn’t mind how the BlackWidow X Chroma with the Razer keys clicked. 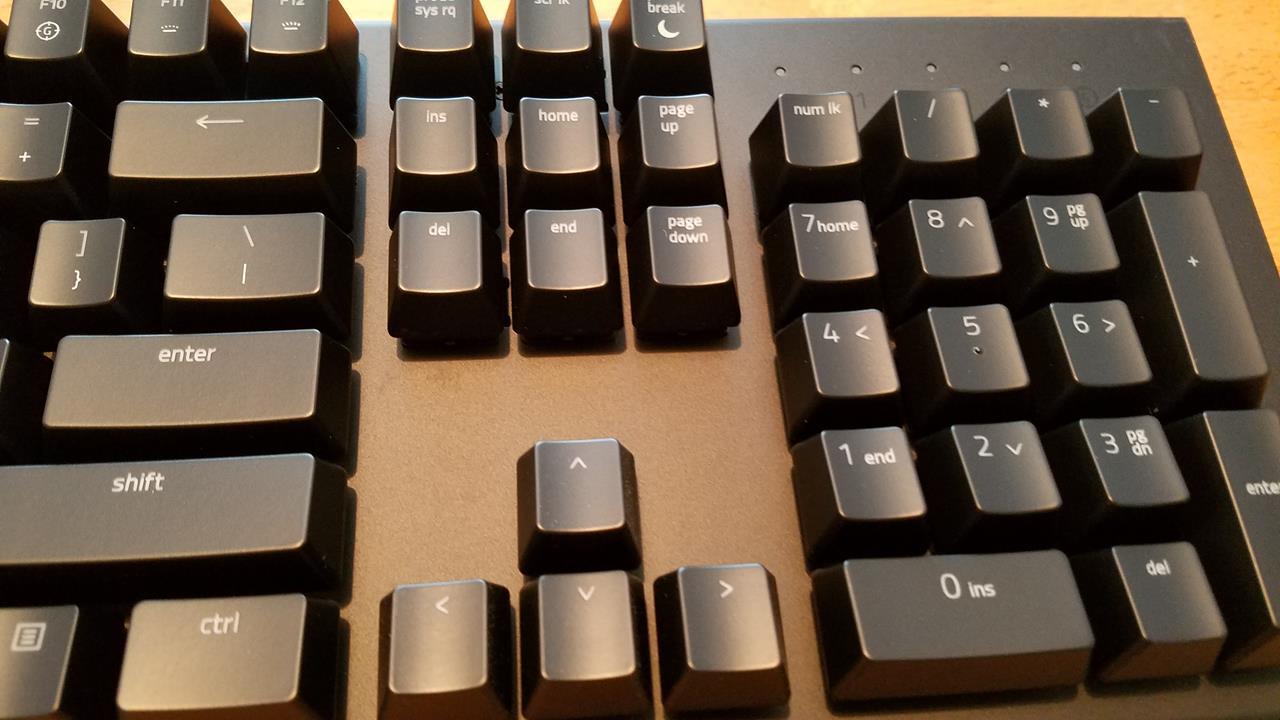 As for general usage, the keyboard works great as well. I spent a good part of my days programming in Visual Studio 2015 as well as browsing websites and the keyboard didn’t skip a beat. It was comfortable type with with one caveat. The BlackWidow X Chroma doesn’t feature a wrist rest. That’s one thing I really missed when doing work. I had to go grab a wrist rest from a store in order to really type comfortably for long periods of time. I would have liked it if Razer included a removable one, but as this keyboard is geared towards gamers, I understand the omission.

As a user of the BlackWidow Ultimate keyboard, the BlackWidow X Chroma felt pretty familiar and performed great. The colored lighting looks impressive and features a wide array of options for you to customize the look of it. Coming in at a lower price point than the BlackWidow line, the BlackWidow X line offers a very nice keyboard without having to shell out for extras you might not need.

A great keyboard for typing and gaming, but would have loved a wrist rest be included. The Chroma effects are cool and are being supported by some games now.