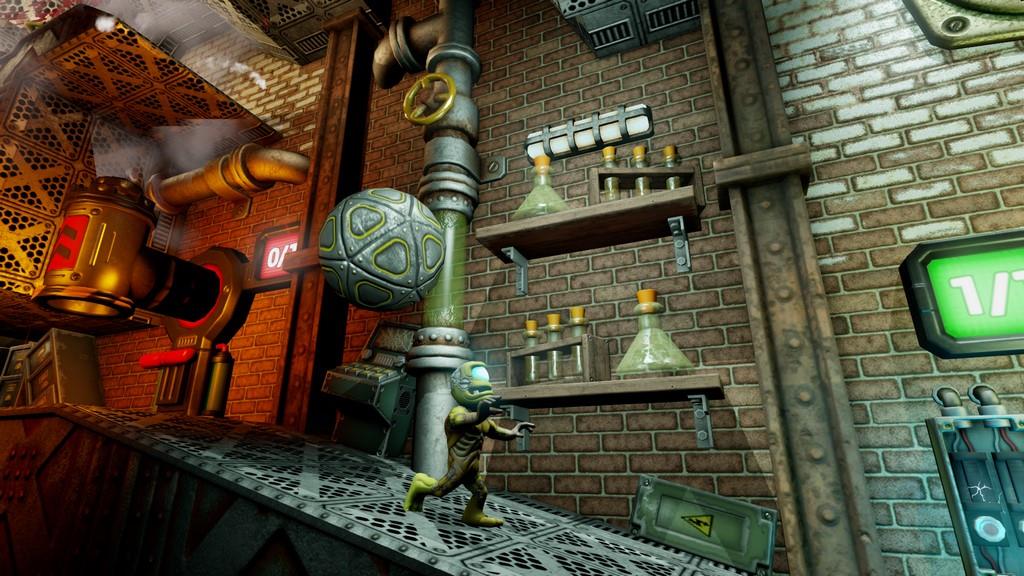 If you love diabolical traps and hate zombies, boy do I have something for you. 101 Ways to Die puts you behind what I can only imagine is a comically oversized, angular, and evil control panel inside the laboratory of a mad scientist. Your objective is to send hordes of poor, unfortunate and fatefully named zombies called Splatts through the most treacherous series of traps you can muster. As you progress, these trap combinations get more and more complex, the enemies get faster and tougher (relative to being slow as molasses and weak as water), and the situations get more and more absurd—in the best way.

101 Ways plays like a sadistic version of dominoes, or maybe like designing a wicked Rube Goldberg machine. And it's just delightful; probably the best part of the game is that twisted sense of humor. Everything looks and feels a bit like a cartoon, even down to the nature of the gameplay itself. But that lighthearted wackiness is quickly juxtaposed by gory, grisly death, and for whatever reason, it makes for an atmosphere and bizarre dichotomy that add a lot to the fun and funniness of the proceedings.

You begin each course with a planning phase, in which you examine the map and decide where to place your allotted tools. Each level has a set amount of Splatts, usually around three or four. These Splatts move from one of a few spawn points to the exit point at a set pace, and your job is to set traps to stop them in the most heinous way possible before they reach the exit. You have a finite set of tools at your disposal for each level, meaning you have to place each one very carefully and thoughtfully. More often than not, the stage itself has traps like lava pits or spikes, and you'll use your tools to propel the Splatts into these areas to kill them.

The tools are very well designed and implemented. They're all basic and easy to use, meaning that they can be intuitively combined into some ludicrously (and often hilariously) elaborate death traps. You'll use slime smears to make the Splatts slide into a spring board, flinging them through the air into the sights of an automated harpoon turret, which pins the Splatts to a wall of explosives, setting off a chain reaction that lets loose a boulder to roll down more Splatts as if they've just stolen your golden idol. 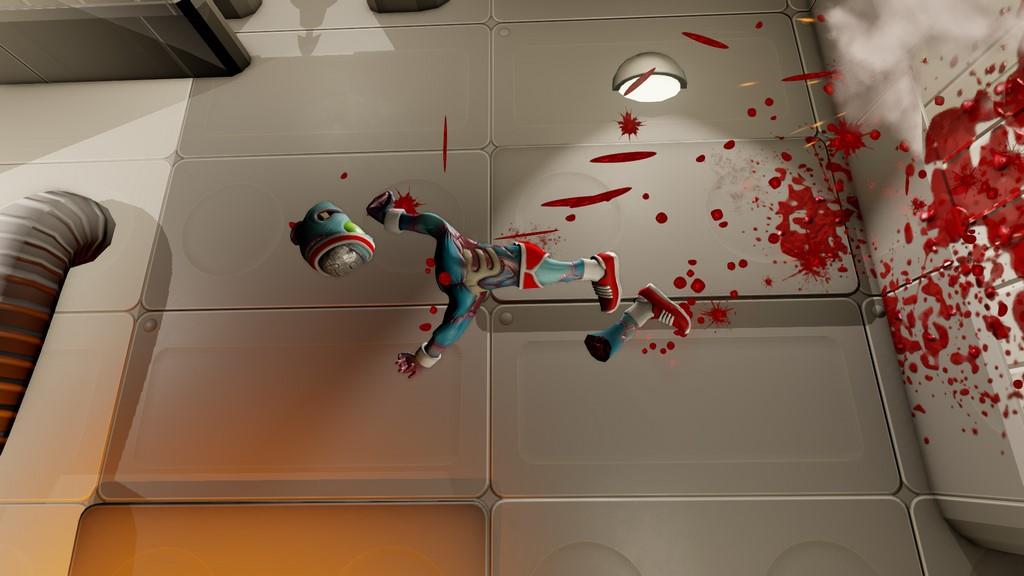 The individual courses, however, have very specific combinations of tools in mind for you. Every level has Graduate Objectives, which you must complete to pass the course, and Master Objectives, which will increase your score and give you more stars. The objectives very explicitly tell you which tools you need to use, sometimes even in what order you need to use them. Some may see this as a restriction, but to me it actually made the game feel much more like a puzzle. Since each stage has only a few possible solutions, it allowed the developers to create some really great scenarios to plan out and witness, and force you to think in different ways, rather than allowing you to fall into any habits. There will be a few ways for you to complete the Graduate Objectives, but there is usually only a one single way to complete the Master Objectives and get all three stars. This might limit replay value, but it provides an excellent sense of pacing.

These stars are what allow you to progress to new areas. Each area has a star requirement to unlock, as do some of the individual stages within each area. For the most part, you probably won't even notice the stars. Unless a level was particularly frustrating or confusing, I never moved on to the next without getting all three stars first, so I never needed to backtrack and get stars I missed in order to progress. 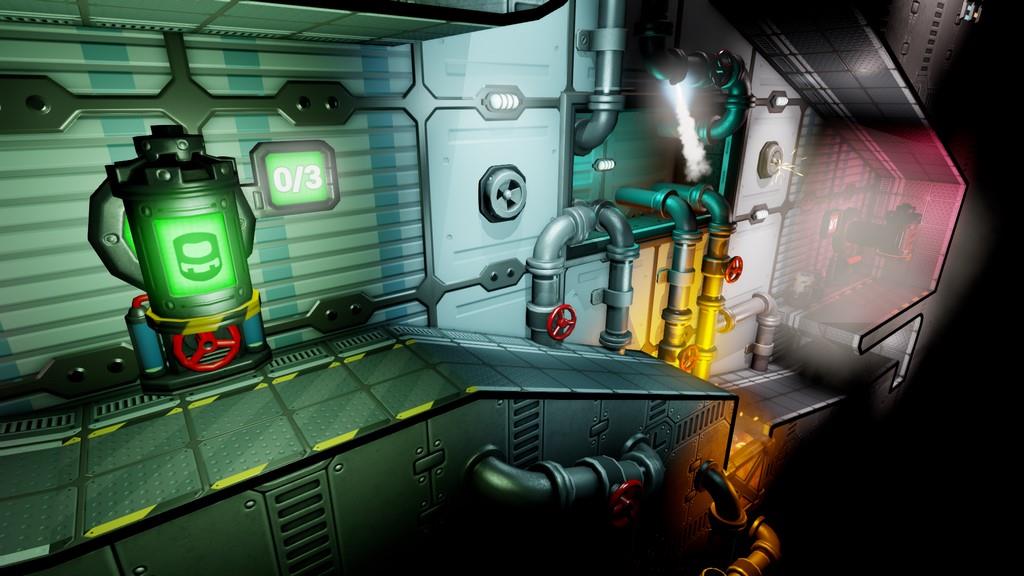 Some of these levels are frustrating, though. All too often the puzzles will rely on you activating your chain reaction at a specific time to kill the splats. For example, a common device used in 101 Ways is to place a bomb next to a boulder, then detonate the bomb to send the boulder barreling through the course. You're often required to do this at a very precise time in order to reach the Splatts when they are in the boulder's line of fire. Unfortunately, nothing in this game is precise, and everything is slow. The Splatts move at a snail's pace, even when you speed up the game's timer by holding the X button. Before long, the puzzles requiring timing become synonymous with resetting the level time after time and time again in order to find the exact moment you need to activate your traps. This wouldn't be such a problem if everything wasn't so slow; it's not uncommon to run five or six trial runs for just one of your traps, each one with 30+ seconds of waiting. It's a single issue, but it can be exhausting.

The slowness and lack of precision extends to the controls. Even after many hours with this game, the commands still aren't intuitive to me. Most of my input decisions still involve either hesitation or mistakes. The camera is similarly bad—in fact, it might be more accurate to say that there isn't a camera. You can't move it unless you're zoomed in, and the zoom settings are weirdly extreme. The default is often too far back, the middle zoom is way closer than you'd ever need to be, and the highest zoom doesn't allow you to see much of anything at all. I found the better alternative was to just lean forward in my seat when I needed to see better, and just ignore my other options.

Other than those two issues, annoying as they are, 101 Ways to Die is pretty solid. It's very much a one trick pony, though, so I imagine you'll either really like it or be bored very quickly with little to no middle ground. I, for one, enjoy my time with it. It's goofy and silly, maybe a little imperfect, but the simplicity of the traps and the absurdities you can commit with them kept the game entertaining the whole time I played it. The Graduate and Master Objectives do a great job of keeping it focused, as well; it could easily have been a rinse-and-repeat situation, but you will find you have no choice but to squeeze out every bit of chaotic potential this game has to offer.

Even if it is a bit one-note, 101 Ways to Die is an irreverent puzzle game whose sheer fun potential outweighs its frustrations.