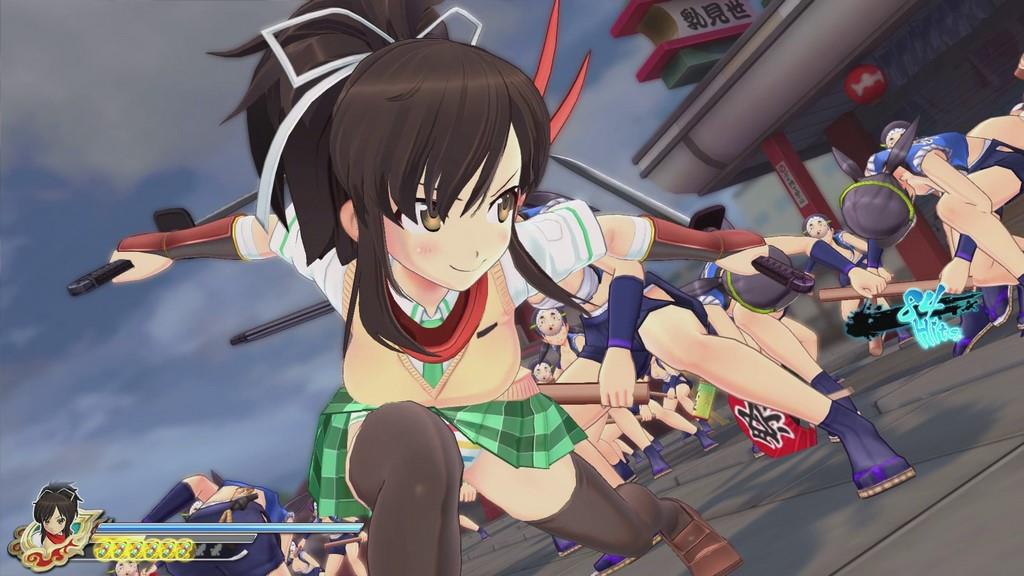 Written by Matt Mirkovich on 3/16/2016 for PS4
More On: Senran Kagura Estival Versus

Fans of Senran Kagura, rejoice! Estival Versus is here! Whether you’re here for the gameplay, or something else, know that XSeed and Marvelous! have got your back in what has to be one of the most difficult games I’ve reviewed, if only because it’s impossible to play when family is around for the weekend. Thankfully with the cross save functionality I could easily take my save on the go between the PS4 and PS Vita versions of the game. For those of you who are fans of the series, the burning question isn’t whether or not you should get this game, but rather, should you go portable? Or do you go for the full screen experience?

Senran Kagura: Estival Versus is the seventh game of the series, and is meant to be a sequel to Shinovi Versus. The roster this time has been expanded to thirty-four characters, five of which are new, and serve as the hosts of the Shinobi Bon Dance, a summer festival where the souls of shinobi who have died are allowed to return to the land of the living. Ryobi and Ryona of the Hebijo Clandestine Girls’ Academy come to find their sister Ryoki is one of those lost shinobi, and it turns out every school has a member who’s family is in some way related to this Shinobi Bon Dance, and the passing of the souls into the land of the departed. The story is still ridiculously light-hearted, full of sight gags and comedy, along with some over the top fanservice that the series is known for. This also means that this game is pretty much not safe for life, and sometimes it gets to just be a bit too much to bear, and it definitely earns that M for Mature rating.

The gameplay of Estival Versus centers around the main story mode, which unfolds over eight days of the Shinobi Bon Dance in Kagura Millennium Festival mode, during this mode you’ll play through various missions with differing objectives, though early on it’s the same objective, to rout the enemies who stand in your way. As you complete objectives and take out enemies you’ll level up and grow your respective shinobi of choice, and earn them new skills along the way. Thankfully there’s plenty of variety on the play styles of each shinobi, some are ranged, some are slow and powerful tanks, others are your combo heavy slashers, and eventually you’ll find one that fits your playstyle, though try to get through the game on easy first. Moving up to the medium difficulty is actually a rather large step at earlier levels, and the AI at times can be significantly more challenging just by the fact that they’re doing more damage. If I could knock the game on that point, it seems like there is simply no reliable way to counter an opponent’s combo, if they’re in the middle of it, your best bet is to unleash one of your special shinobi abilities, as blocking can prove to be ineffective when you’re being swarmed with enemies, and attempting to go toe-to-toe with your opponent is going to result in you taking some massive damage, meanwhile your combos are perfectly interruptible by the AI.

Shinobi Girl’s Heart mode is a series of missions that are unlocked by clearing certain requirements in Kagura Millennium Festival. These missions don’t start to unlock until you’re fairly deep into the third day of Kagura Millennium Festival, so at the outset, it’s safe to ignore this mode. There are also Special Missions that ratchet up the difficulty and even at Easy will provide a more than significant challenge if you are going in with an underleveled character. Online-modes allow players to partake in a variety of challenges against other players, including free-for-all battles, team battles, and some other… stuff. Want to customize your characters and have them wear the clothes of other shinobi? Go hit up the dressing room, which contains stuff that can be unlocked the store, and by completing missions. If you’ve got money burning a hole in your pocket, then you can hit up the store and spend cash on the lottery to unlock gear you may or may not have already unlocked, depending on how much you want to push your luck. The library is exactly what it sounds like and is where you can stop in to check out unlocked videos, images, music, and terms. 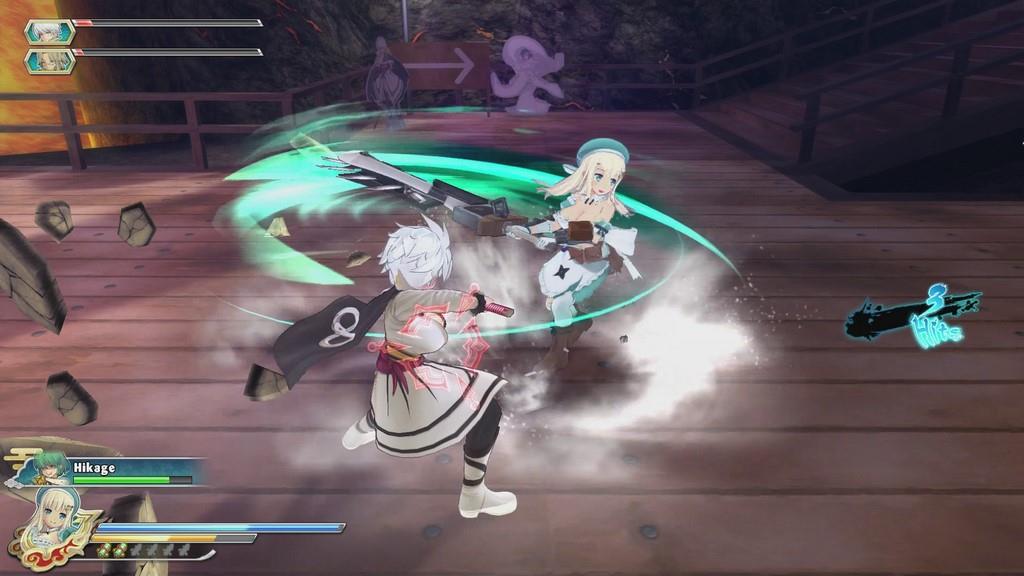 So if you’re picking this up for the PS4, you’re going to be a little disappointed that this game is not much different from the Vita version, aside from the higher resolution visuals, and less hits to the frame-rate. That’s not to say that the PS4 version is bad looking, this game is just quite stylized, and kind of has the same problem that Oneechanbara had where the characters are the highlight of the game, and the surround visuals are just kind of there. The audio is nothing particularly memorable, but kudos to the voice acting team for being able to get through some of those situations over the course of the story.

Senran Kagura: Estival Versus is an incremental improvement over Shinovi Versus, clean-ups to the game have been made to make the experience more enjoyable, though it’s kind of hard to quantify it. The gameplay just feels tighter, and a little less repetitive than the previous games. The character leveling feels a bit more balanced, and the mission variety feels a bit better this time around as well. But there’s something distracting, can’t quite put my finger on it, but if you’re looking for a quality brawler, this is a pretty good one to get, and if you’re in it for the fan service, then you’re going to get more than your money’s worth.

Estival Versus continues to build on a formula that's working for the franchise, but is starting to wear thin on its fanservice schtick. The gameplay is really hitting its stride now and has quite a bit of good additions this time around, with plenty of characters and variety. The excellent localization also helps strike a good balance between the comedy and touching story bits. Anyone who's interest in Senran Kagura game though, should opt for the portable version, because there's almost no way you can explain owning this on PS4.