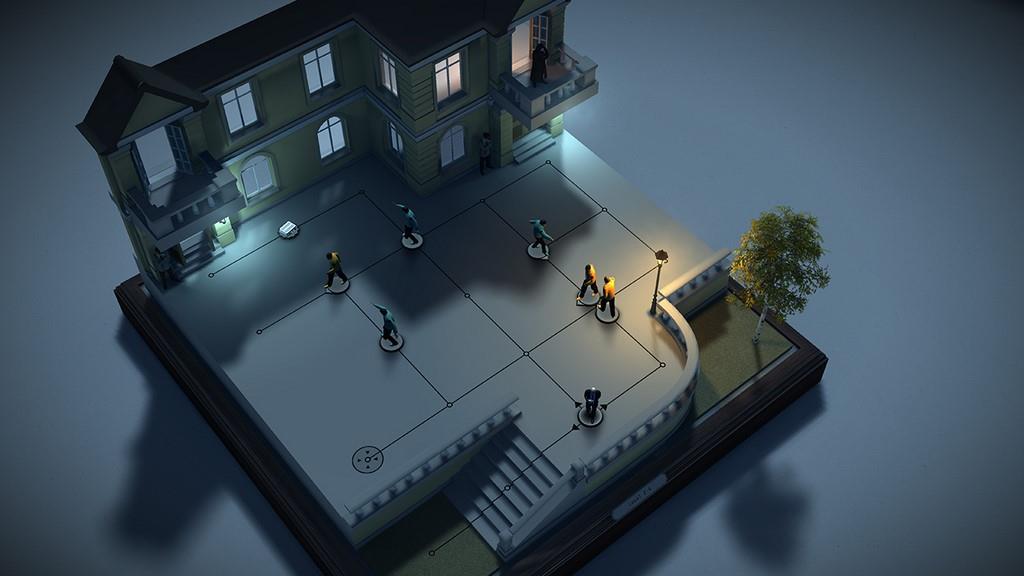 The one thing that made the original Hitman games so popular was the fact that they went beyond the blood and gore associated with an assassination. The games dove into the process behind taking our your mark by showing the planning required to pull off a perfect hit. Over the years, fans have grown a little frustrated with the series as it has sort of lost sight of this fact. Blood Money, in particular, took things in a very formulaic and linear direction, letting go of what made the game’s truly enjoyable. Many fans wondered what it would take to get the series back on track.

To everyone’s surprise, it wasn’t a big budget installment that made the series great again. Instead, it was a mobile, puzzle game that reminded everyone what made Hitman great. The release of Hitman GO took everyone by surprise back in 2014. It was a simplified, minimal take on the franchise that somehow retained everything that made the early games great. Now that game has made its way to consoles and, surprisingly, it feels right at home.

Hitman GO: Definitive Edition isn’t an action-shooter but rather a chess-like puzzle game. The free-roaming, 3D world and third person perspective has been scrapped in favor of what amounts to detailed dioramas of different scenarios. Many of these stages are based on situations from the previous Hitman games while others are new creations by the developers designed specifically for this new take on the series.

Agent 47, along with all of his enemies and targets have been replaced with small, resin figures and laid out on a grid. You can rotate the stage to look at things from a variety of perspectives. While that isn’t necessarily required to completed each stage, it shows off the wonderful visual style that the game uses. Each “turn” allows you to move Agent 47 a single space, which correlates to every other figure on the screen making a corresponding move. 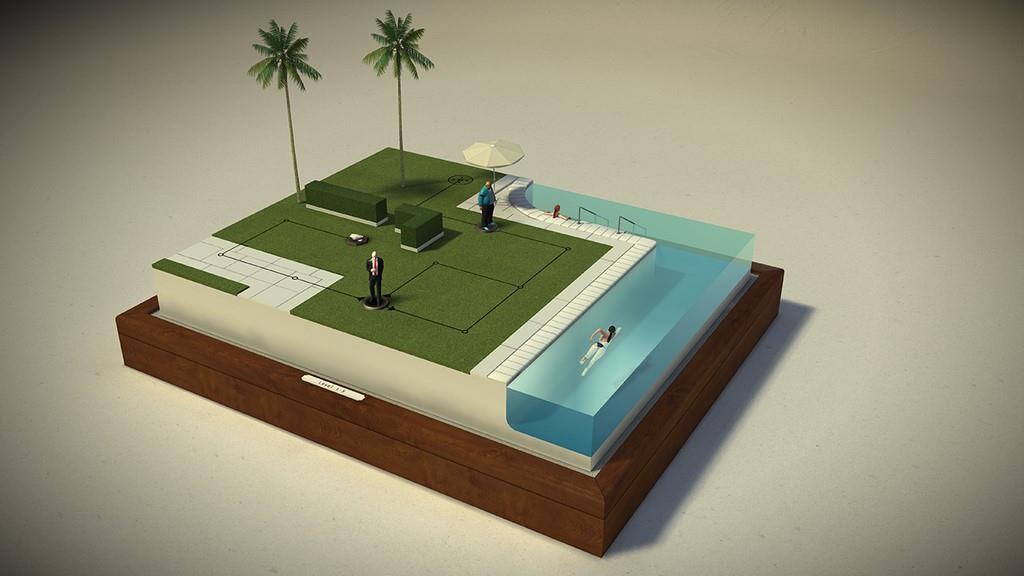 There are occasional issues with the movement detection, given the angle at which you are looking at the board. You will occasionally hit up on the control stick or directional pad and find your token doesn’t respond, all because the perspective of your view is expecting a diagonal input from the controller. This can be a bit frustrating at first, but eventually it wears off as you learn to react according to the camera angle.

The game is all about reading your environment. You need to learn the patterns and movement styles of your enemies, as well as take the time to understand how the environment itself may help or inhibit you. The various enemies all have different movement patterns and routines. Some simply stand in place, attacking and killing anything that crosses into their immediate line of sight. Others move around, with predetermined paths and routines. You’ll need to weave in and out of these enemies and their paths like a thread going through fabric; done correctly, you’ll glide straight to your goal but if you make one wrong move, you’re going to stab yourself with the proverbial needle.

There are a lot of different variables that will be introduced into the gameplay over time, such as rocks or cans that can be thrown as a means of distracting enemies or altering their paths. There are even disguises that can help you blend in with the guards and enemies, allowing you to pass by some enemies without being detected. Eventually, you will even reach a point where you can acquire a rifle or set of pistols that you can use to take out a methodically chosen enemy. It’s all about reading and understanding the scene, which can be a lot harder than it sounds. 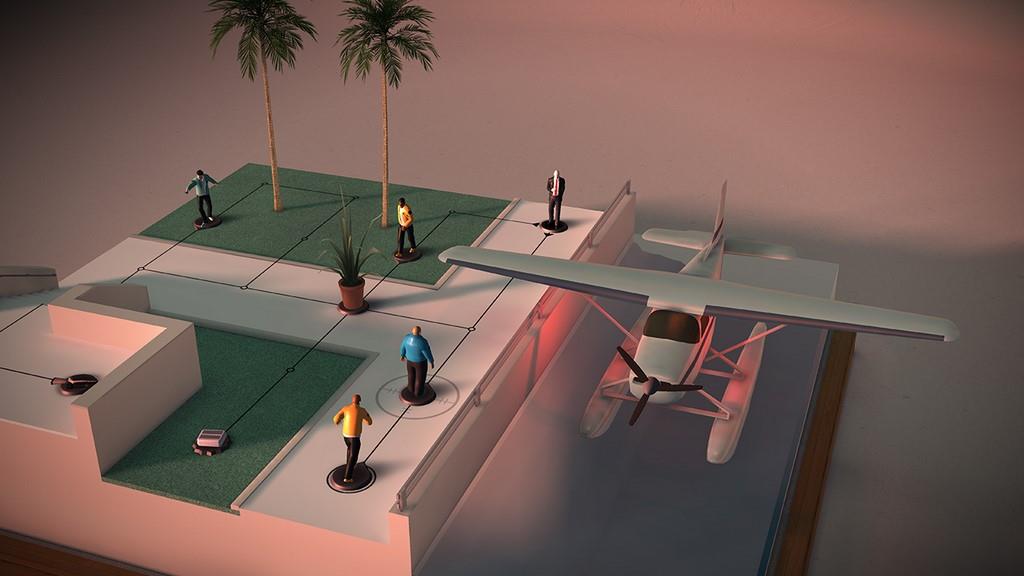 You’re goal on each stage is to either reach the exit or take out a specified target, which usually means reaching the space they occupy on the level. This primary goal is usually relatively easy to accomplish although you’re sure to run into a puzzle or two where even that initial goal can be infuriating. There are secondary goals though that exist which is what really makes the game challenging. These consist of things like making it through a stage without killing anyone or completing a level within a certain number of moves.

Being a mobile game at heart, this progression structure of Hitman GO is the now-patented medal / star system you find in most mobile-puzzle games. You earn anywhere between one and three stars upon completing a level, depending on how many of the goals you completed. As these stars accumulate, you’ll unlock additional stages to play. The first dozen or so levels will feel like a breeze but eventually you will hit a wall in your progression, which will force you to go back and improve your ranking on earlier stages. This isn’t anywhere as easy as it sounds because many of these secondary goals are extremely difficult. 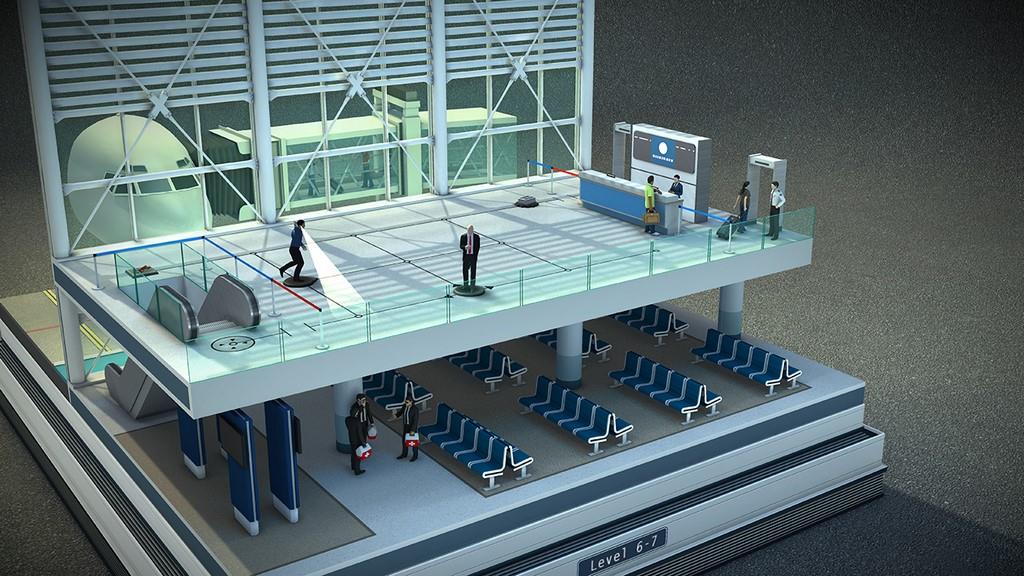 Since this is the “Definitive Edition” of the game, you will find all of the content from the original release as well as all of the additional missions that mobile users had to pay extra for. Both the PS4 and Vita versions of the game are identical in visuals and content, with the only difference being the inclusion of touch controls on Sony’s handheld. You can even transfer your save between the two versions so that you never lose track of your progress.

It is sort of amazing to see a franchise that is so heavily rooted in the action genre make such a successful transition to a completely different genre. Who would have ever though that something like Hitman would work as a puzzle game? Believe it or not, it does, and it does so in amazing fashion. Hitman GO: Definitive Edition is an excellent puzzle game that still manages to deliver the thrills and tension that come along with Agent 47‘s missions. Aside from a few control hiccups along the way, there isn’t much to complain about with this package. The gameplay is brilliant and the puzzles are great. The visual style and the corresponding soundtrack are captivating, helping you get into the mind set of an assassin quickly forgetting that this is merely a puzzle game. The Hitman franchise is back to being one worth admiring and it is all due to this minimalistic take on the concept.

Strip out all of the blood and gore from the Hitman franchise and what is left is truly a thinking man’s game. The developers certainly understand what the true charm of the series is and it is highlighted in this puzzle-take on the franchise.