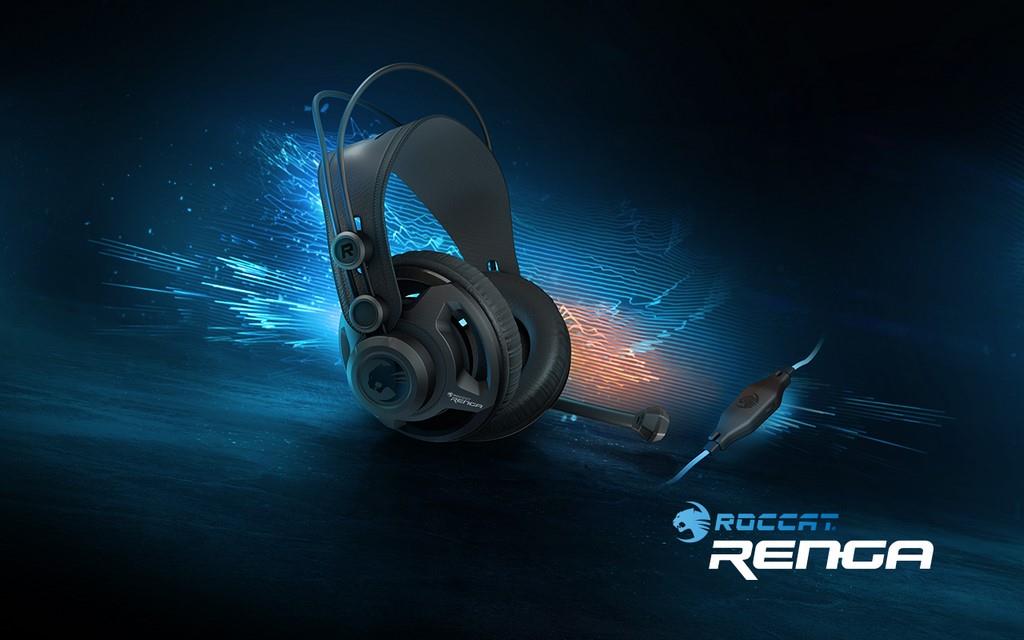 Written by Charles Husemann on 5/25/2016 for MOB   PC   PS4
More On: Renga
I have an oddly shaped head. Growing up it was always hard to find helmets and hats that fit correctly. Now, thanks to the Roccat Renga, I now know for sure that my noggin is a bit different than most. While most people have a round head, mine is a bit oval shaped. This odd shape prevents the soft strap which connects the two ear cups of the Renga from sitting correctly on my head, causing the cups of the headset to not sit correctly on my ears. That's a shame, though, as otherwise the Renga is a solid headset for the money (around $40-$50).
When you open the the Renga box you'll get the corded headset and an adapter which allows you to hook the Renga up to a PlayStation 4 or a cellphone. My first impression was that the plastic felt cheap, but that was largely because the strap connecting the two sides is made up of flimsy plastic. The rest of the headset is made of nice plastics that seem very sturdy. The Renga survived a few weeks in my backpack as I transported it to and from work without any issue, which confirming its hardiness. I do wish the cups folded in, as the Renga takes up a good amount of space.

The Renga has an inline microphone/volume remote that hangs about 16 inches below the left ear cup. It's a pretty straightforward affair, and the controls are easy to find and use without having to look down at the unit.

The sounds quality out of the Renga is good across the board. There's good sound reproduction from low to high. It's not going to win any awards for bass, but the Renga does handle the lower end of the spectrum without sounding like a flatulent elephant. I am impressed with how crisp the audio sounds in general, as even high volumes sounds clear and without any distortion.

Less optimal is the microphone that's attached to the left ear cup. The hard plastic arm prevents you from moving the microphone closer to your mouth, and the mic doesn't seem overly sensitive. I had a few sessions in MechWarrior Online where I would speak into the mic and the game would have trouble picking up my voice. I had similar issues with The Division on the PS4 not picking up the audio. Part of that might be the fact that I'm a low talker, but I don't have this issue with my other headset mics.

The Renga attaches to your system of choice with a 2.5 M cord. You get an extra six inches or so when you attach the PS4/phone converter. I would have liked an extra inch or so of cable when I was using it on my PC, but my setup is probably on the extreme side. The cord has a nice feel to it and coils nicely with the included velcro wrap when you want to use it with a phone or PS4 controller.

Outside of the fit issue, the Renga is a comfortable headset to wear for long periods of time. The ear cups are made of a soft plastic that gets warm but never hot. This is in part due to the vents Roccat put on the outside of the cups. I used the headset for a few extended gaming sessions and for a few long work stretches without any real issues.

If you're looking for a solid gaming headset for a low price, then I would definitely recommend checking out the Renga, as long as you can deal with the limitations of the microphone and you have a normal-shaped head.

A solid headset that is held back by a weak microphone and a shape that may limit who can wear it comfortably.