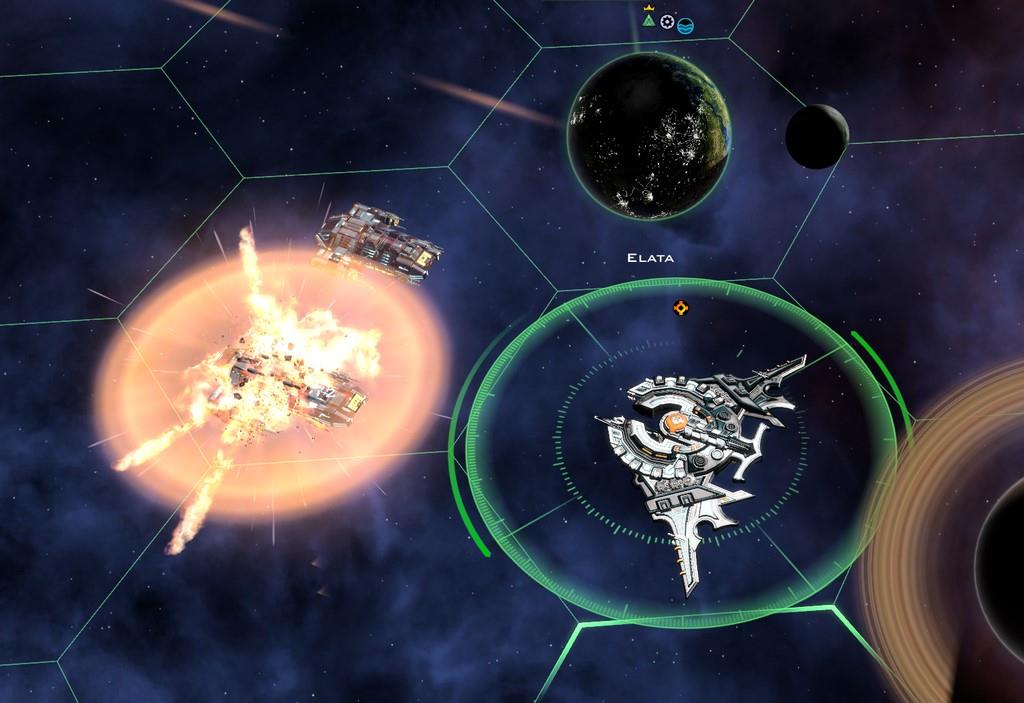 Written by Tom Bitterman on 2/23/2016 for PC
More On: Galactic Civilizations III

“Galactic Civilizations III: Mercenaries” (GC3M) is the first expansion for “Galactic Civilizations III” (GalCiv3).  There have been DLCs before this: “Precursor Worlds”, “Revenge of the Snathi”, “Mega Events”, and the imaginatively named “Map Pack”.  These have rolled out at 5 bucks each, which is a pretty good price for the extra play that each brought.  Unless you do not like editing maps, in which case skipping the map pack is understandable.

So what is the difference between an expansion and a DLC?  The issue is fraught with semantic difficulties, but a good rule of thumb might be that a DLC is primarily a really well-done mod.  Sometimes a DLC exposes some new functionality, but it is probably something the dev team already had mostly working anyway.  For example, the GalCiv3 team probably already had a map editor in-house, so they polished it up and made it available, along with some new maps to show off what it could do.

Now, this author has nothing against this practice.  A company deserves to be paid for its product.  But there is a balance to be struck between financing continuing development of a game, and holding back features that really should have been included in the initial release, so that they can be charged for separately.  Done right, DLC can provide graphical flair and deepen backstory as a game works through its commercial lifecycle.

Expansions should be reserved for important changes to the game itself.  “Who is that new race, and why are they important in the galaxy?” is a good hook for a DLC.  “How is it that they can psionically take control of my ships?”  is what expansions are made out of.  An expansion should make the gamer say “That’s new!” at least once, and preferably several times. 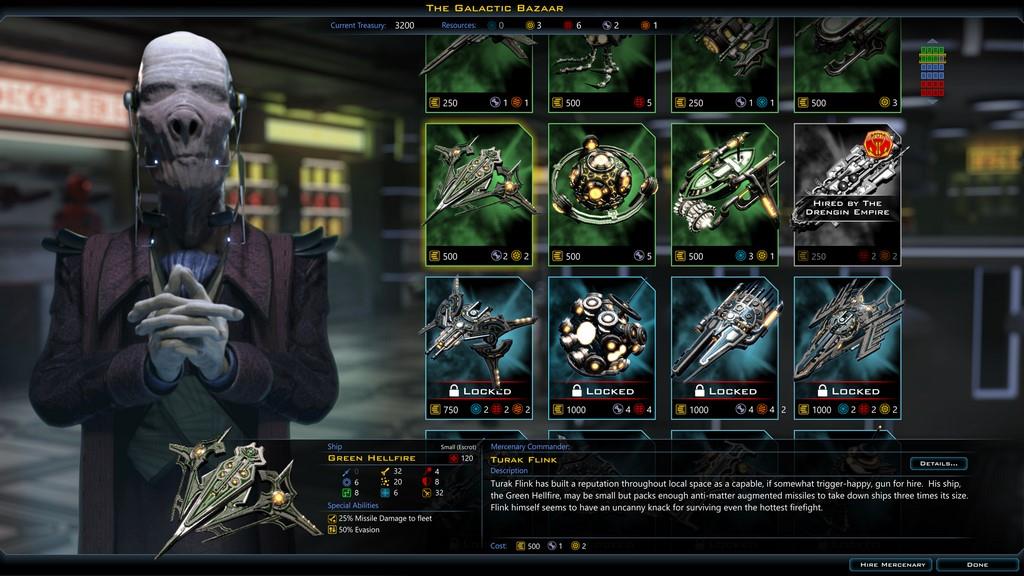 The Arceans are kind of neat – they are an aquatic race, which is different.  The Torians are another warrior race.  Both races have a history with the Drengins, and it’s not good.  This adds some depth to the background story, but one wonders whether why it took an entire expansion to add races that might have been built with the custom race designer.

The new campaign feels the same way.  Sure, it fills in a few gaps (like explaining why there is a mercenary bazaar) but no one plays 4X games for the plot.  A good backstory is nice, but in the end most players are more worried about why the interface refuses to display important information rather than the motivations of their enemies.

The Mercenary Bazaar is probably the most important new feature.  It is a separate screen in which the player can hire/purchase specialized ships that belong to mercenaries looking to make a buck.  Based on the phase of the game, certain sets of ships are available.  Each ship has a price in credits and strategic resources that must be paid in order to hire it.  Once a ship is hired, it works for that empire and that empire alone – the ships are unique, and buying one can tip off your enemies as to your plans.

The effect of the Bazaar is mixed.  On the one hand, it provides some interesting options.  Some of the ships have capabilities that are not generally available when they can be hired (for example, colonization of exotic worlds), other have special abilities like improving influence or production, while others are just powerful warships.  On the other, if you have enough extra money/stuff to but a ship in the Bazaar, you might be better off using it to build your own ships and enhance your own planets. 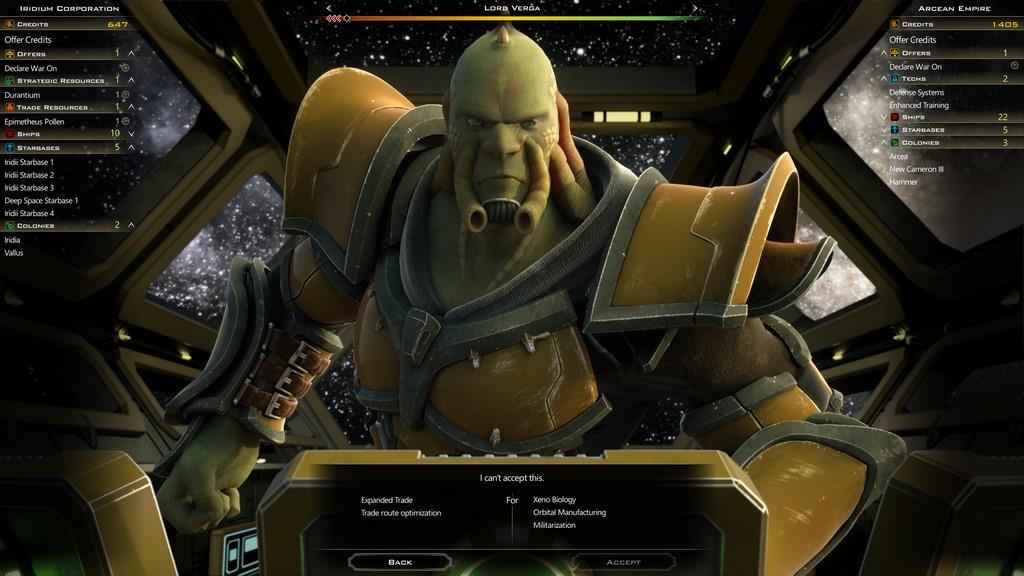 In the end, the best use of the Bazaar is for a special-purpose, limited time advantage.  Starting a big offensive?  Hire a warship to lead it.  Otherwise, it functions mostly as a way for races that are already ahead to buy even more advantages.  The Bazaar may become more useful if user-designed ships are eventually added, but for now it fills, at best, a limited role.

There is a slew of other updates included as well.  To some extent these are just a cumulative update of all the updates so far: players who have not kept up with the ongoing minor releases will get them all here in one place.  There are other improvements along these lines, also: more spaceship design options, an AI upgrade, new diplomatic options, and some upgrades to economic controls and visualization.  In all, a solid set of updates/upgrades.  It only froze my machine once, which was nice.

In summary, if you like GalCiv3, you will like this expansion.  The primary problem with it is simply the lack of new material.  Other than the Bazaar, this has the feeling of a well-done couple of DLCs.  Not really worth the 20 bucks except for fans of the series.