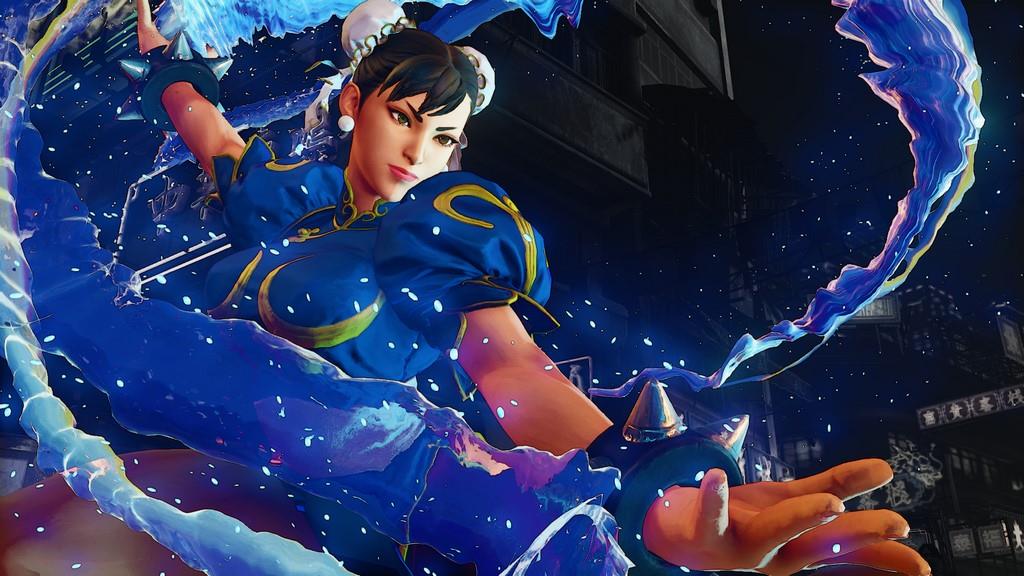 When it comes to fighting games, there has always been one king franchise. Capcom’s Street Fighter has always reigned supreme over the competition and is undoubtedly the biggest name in the fighting game genre. Despite questionable decisions, such as constant revisions with each chapter and relying on the same core cast of characters with each release, the overall popularity of the franchise has always remained high. Since the comeback that was Street Fighter IV, that popularity is higher than ever. As a result, it is no surprise that many gamers are extremely excited about the launch of Street Fighter V (SFV).

SFV marks the dawn of a new generation for the franchise. Capcom made it clear that its goal here is to lay the foundation for a competitive title that it can support via updates and additions for the next couple of years. That is certainly what it's done with this release: create a platform. Unfortunately, they have yet to really put anything onto that platform to warrant the game even being released at this time.

Let’s talk about the good, because there are some redeeming qualities to this iteration. The gameplay system that fuels SFV is fantastic. Nearly every chapter of the Street Fighter franchise focuses on a unique mechanic that separates it from the previous releases. We had the Focus Attack system in SF4, but that has been ditched in favor of the new and much improved V-System, which is broken up into three parts.

Depending on the character, the V-System provides your character with two to three "energy" that can be built up over time and expended to perform enhanced maneuvers. The first two parts are universal for all 16 characters on the roster. The V-Reversal is an escape-and-counter-style maneuver that can be used at the expense of one bar of your V-Meter (which replaces the Super Meter from previous games), and costs a single bar of your meter. The V-Trigger is a a time-based power up that enhances the power and moves of your character for a certain period of time—until the meter depletes—and requires all bars to be filled. This mode alters most of the special moves of the characters, adding additional hits to them when successfully landed, or adding elemental properties like electricity to them. 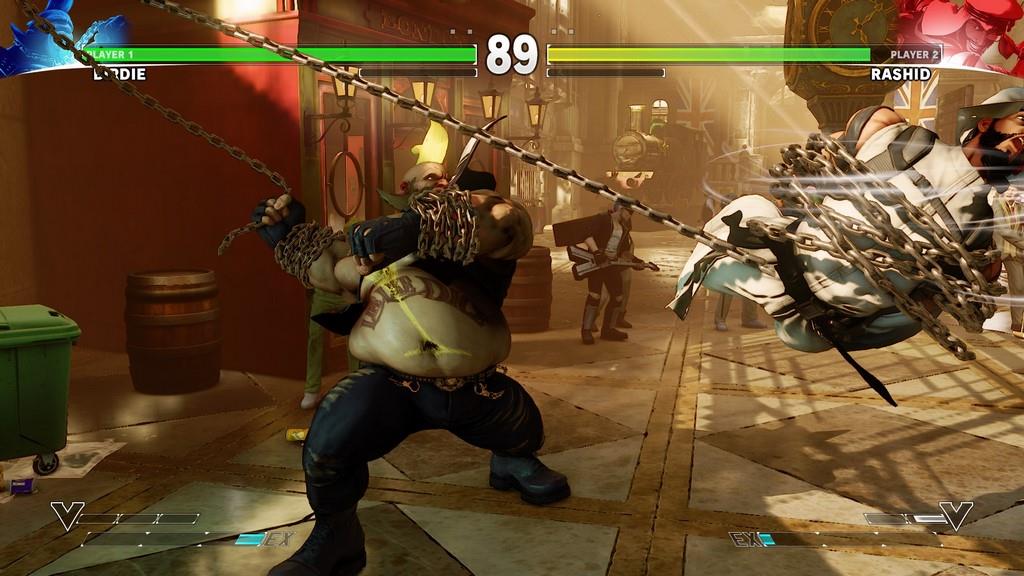 The third and final part of the system is called the V-Skill and provides a unique move for each character. Ryu, for example, can parry an attack ala Street Fighter 3. Dhalsim’s skill allows him to perform a Yoga Float. Cammy’s gives her access to her classic Spinning Knuckle maneuver. Each one is unique to the character and provides a little more depth to their arsenal of moves.

This mechanic is the driving force behind an insanely smooth and solid gameplay experience. The character roster of 16 fighters feels as diverse as ever, with classic characters such as Ryu and Ken being altered enough to make them each feel distinct and unique. Battles are intense and look visually stunning, thanks to the new art style and the amount of detail put into both the characters and the interactive backgrounds.

All of this is great, but it only provides a foundation to build upon. But very little actual game is built on top of these things. The amount of modes available for play is seriously lacking, offering only practice, online and offline versus, story, and survival. That may look like a lot on paper, but it doesn’t amount to much. 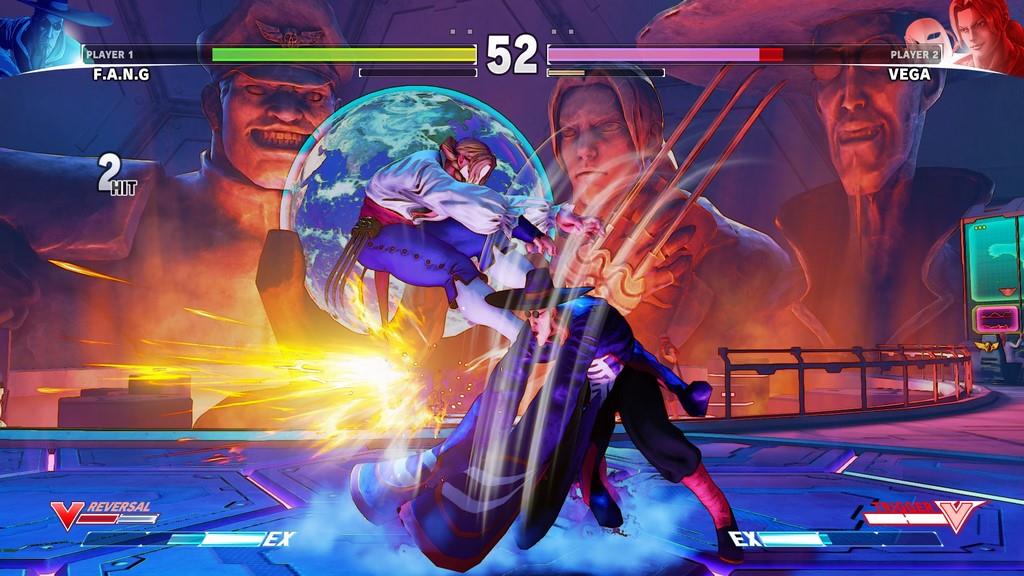 The versus and practice modes are intended for and tailored purely to those who are interested in the competitive fighting game scene. Practice mode has a ton of options to help you take your game to the next level, but it really serves no purpose to casual players. Versus can be great, as the netcode for online matches is impressive assuming that you can actually get into a match. It has proven to be very difficult to match up with players in either ranked or casual fights. Once you get into these matches, however, the gameplay is incredibly smooth. The problems that I see when playing result from the game itself, as they happen both online and off. There are many times when the game will slow down and occasionally come to a complete halt for a few seconds. If you end a round with a throw, for example, the entire game freezes for one to two seconds. It happens every single time.

The survival mode is exactly what it sounds like: you against the computer until you lose. There are some interesting mechanics added to the iteration in this game in the form of between-round powerups that you can purchase by sacrificing your earned score. You have to survive 30 opponents to "win." The story mode, which many were given the impression was the series' traditional Arcade Mode, is anything but. After picking a character, you fight through three to four one-round battles with static, character-specific cutscenes between each round. These simply give a very brief explanation as to how each character came to fight in the events of SFV. There are no boss fights, no "endings," and there is nothing special that comes with working your way through them all. Considering that a single character's story mode lasts you, at most, five minutes or so, this doesn't add much at all. 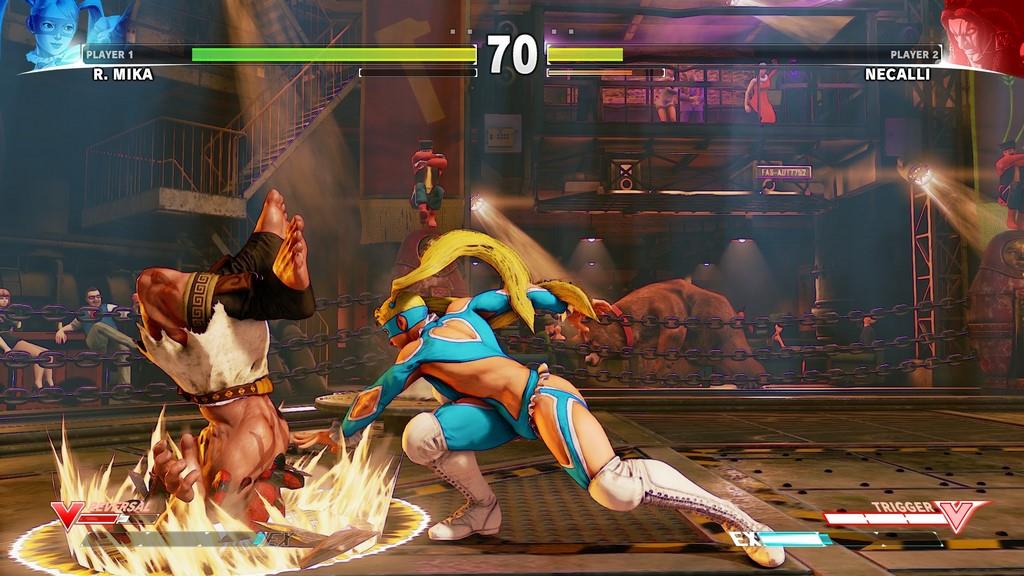 What may be even more upsetting than the lack of modes and features is the blatant advertising of the fact that there is more planned. There are a couple of modes and menus listed on the main screen that aren’t even accessible; selecting them only prompts a message that they will be added at a later date. Some of these modes seem like a no-brainer, given the history of the franchise and the features included already. Challenge mode, for example, is listed but not selectable.

Another slap in the face is that you’ll earn in-game money while you are fighting (as long as the official servers are online, mind you), yet the in-game shop doesn’t function. You can’t spend it on additional character colors or even additional stages, which was something that appeared to be functional in the earliest beta tests. Instead, you’re left staring at an account balance that you might get to use next month when the game receives a major update. 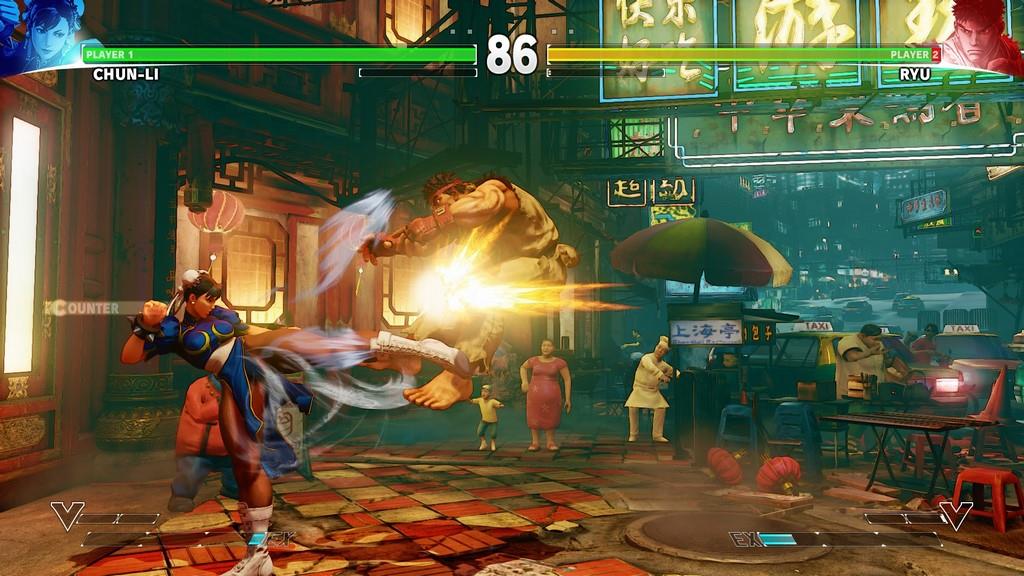 Capcom also advertised that the game supports legacy controllers such as fightsticks from the PlayStation 3. While the game does support this feature, it is poorly implemented and proves to be more of a hindrance than a benefit. The process of actually connecting something such as a PS3 fightstick is hit and miss; once you get it working, however, there is a noticeable delay in the execution of inputs, making it nearly impossible to play competitively. If you want to use a stick, you are going to have to shell out the money for a newer PS4-specific stick.

Despite the solid base mechanics driving SFV, the overall experience feels like something more akin to an early access title or a demo. There just isn’t anything here to occupy your time unless you are playing in the competitive scene. The barrier to entry into that scene is high, so players will want to spend some time offline honing skills to prepare them to face the world. That makes sense, except that there isn’t much of a chance for them to do that with the extremely limited options included here. Plus, with all of the server problems currently plaguing the game, the beta provided a more enjoyable experience than the actual launch. I have no doubt that SFV will be a great game down the road—but it's not one right now. Unless you are ready to spend all of your time fighting against good players online, you’re not going to find anything here to entertain you or scratch your fighting-game itch.

Street Fighter V has all of the makings of a fantastic fighting game. Unfortunately, that is all it has: makings. There are some performance issues to go along with a serious lack of content that is meant to constitute a full game experience, which is criminal, to say the least.