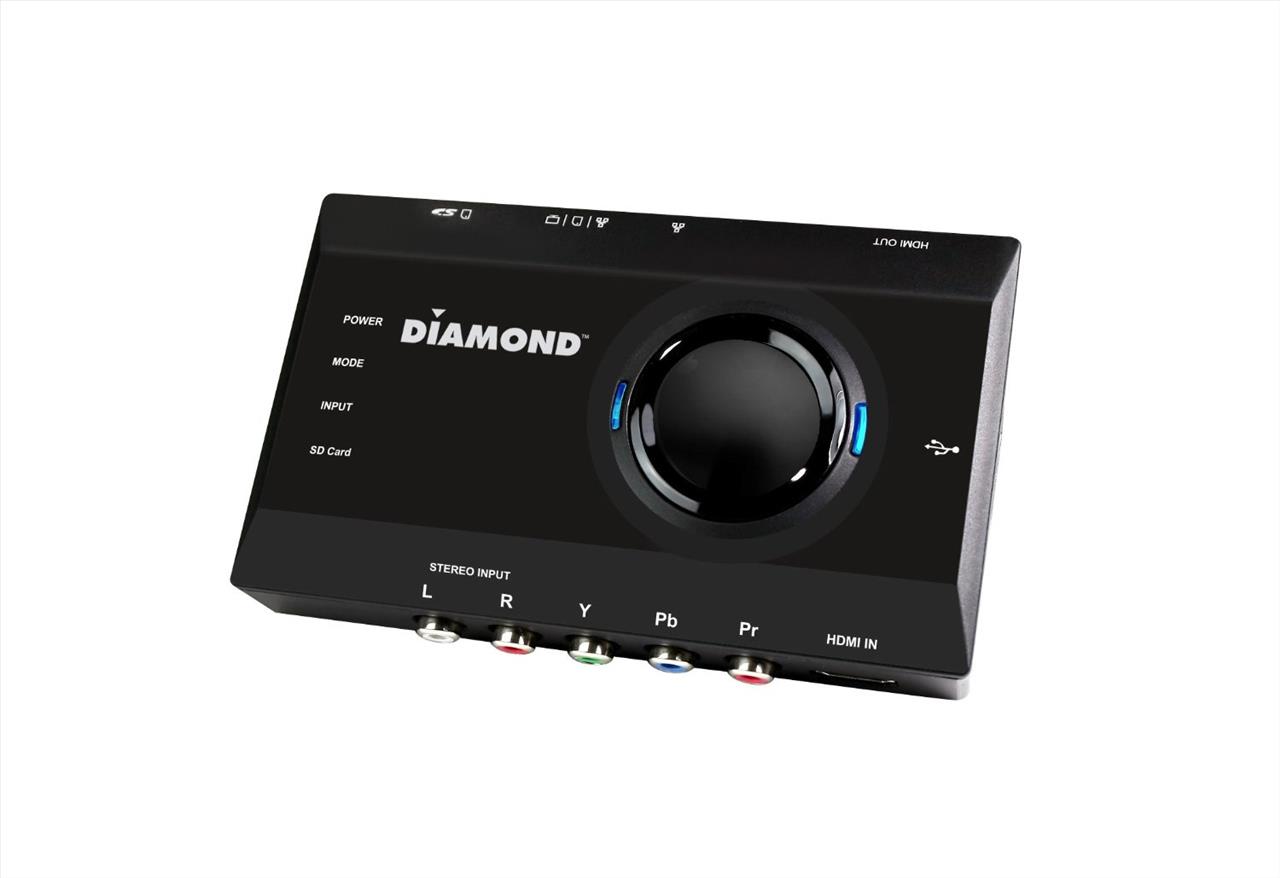 Thanks to the built in features of most modern consoles, nearly everyone is streaming and recording their gaming exploits to share them with the world. It is really easy to do both with either the Xbox One or the PlayStation 4 as  both systems have recording / streaming functions built into their operating systems.  However that functionality with both is extremely basic. When the time comes that you want to take your “video" game to the next level, you’re going to need to invest in some additional hardware.

Over the past couple of years, I have reviewed a majority of the mainstream, consumer-level capture devices, including the GC2000's predecessor, the GC1000. They have all done a good job, with each having their own unique abilities that warrant them individual merit. The GC2000 is no different. While the technical capabilities of the device won’t put it at the top of its field, its unique portability does help make it stand out on its own.

The GC1000 and the GC2000 are very similar in design, however there are some differences that will catch your eye from the start. First off, Diamond has finally added support for HDMI connections. The best part is that it has done so without sacrificing the component connection that so many other devices have abandoned. Thanks to this, you don’t need any sort of special cable or setup in order to capture footage from your PlayStation 3, which has very strict HDCP protection. The GC2000 also features an Ethernet port built directly into the device as well as a SD card.

The hardware itself does almost everything that you would expect in the modern age of capture devices. Footage can be recorded with resolutions of up to 1080P and 30 frames per second, at varying bitrates and it does so with great clarity. Sadly, this unit does lack the ability to record footage at a full 60 frames per second. This is the one technical aspect that really keeps it from being on par with its main competitors, namely the El Gato HD60. Most people won’t necessarily notice the difference, but its still a feature that is welcome if the capability is there. 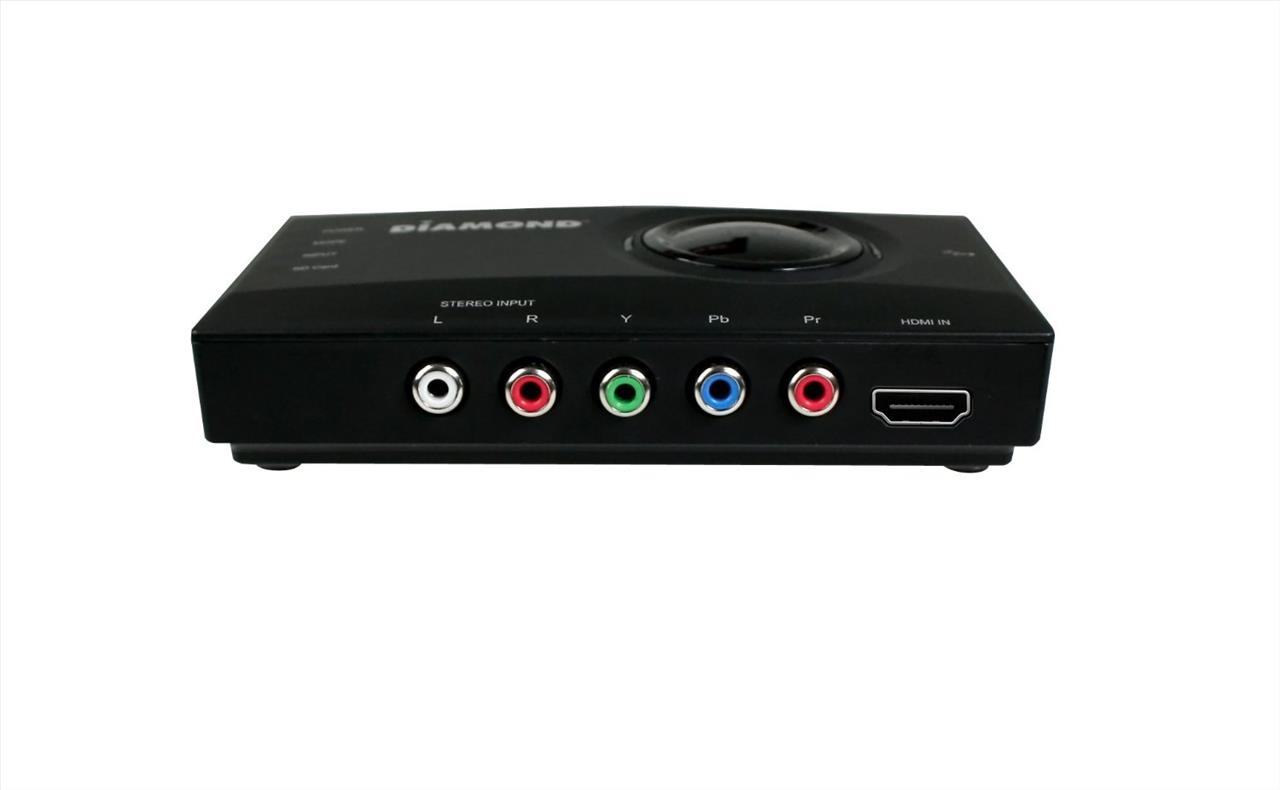 There isn’t any sign of noticeable of lag with the unit when using the HDMI pass through capabilities to your television or monitor. You won’t have any issues playing any of your games on your television while the hardware is connected. You will experience the delay in terms of what is visible within the capture software on your PC but that is expected with any sort of capture device. You aren’t meant to play on your PC screen while the unit is in use, but some people still try and they aren’t going to have any luck doing so here.

In terms of streaming, presets exist for all of the major streaming networks: YouTube, Twitch and UStream. You can even configure the device to send your video signal to other PC’s or mobile devices in your home which is a great way to extend the range of your console setup. There is a bit of noticeable lag with this, so you wouldn’t want to use this as a means of playing your games, but if someone wants to watch you play through something from another room or device, it works perfectly.

Both recording and streaming with the use of a PC requires you to use the GC2000‘s PC software, which is the biggest problem with the system.  The software interface for the device just isn’t up to par with any of the competitors. It can be extremely finicky to setup up and recognize your hardware.  The one saving grace of it all is that the device includes one of my favorite pieces of video editing software: Cyberlink Powerdirector 10. This is an excellent video editor despite the fact that the included version is quite a few years old. Be warned though, Powerdirector 10 is not compatible with Windows 10. If you are running the latest version of Windows, you are going to need to find some other editing software.

The biggest benefit that the GC2000 has is the ability to operate it without the use of a PC. Once you have made the initial setup with your PC, you can then record and stream using just the unit and your console. You do need to do an initial setup, which has you configuring things such as your resolution, bitrate, and your streaming-website credentials, but once this is done you can ditch the PC. The only change in your connection is that you will need to attach a USB power brick to the USB cord from the hardware since it won’t be able to pull power from a connected PC. All recording is then captured and saved to a standard SD card (up to 32GB supported). You can start and stop the recording with the press of a large button on top of the GC2000. Once you are done, simply remove the SD card from the capture device and plug it into your computer’s card reader and all of the video files are accessible for editing and publishing as you see fit. This is, honestly, my preferred method of recording with the device.

Streaming is just as easy. Once your credentials have been entered all that you have to do is press the button to take your footage online. This mode does require you to connect a wired Ethernet cable to the device to provide Internet access. You can add commentary to your stream via your console’s microphone or by attaching a wired microphone to the GC2000‘s 3.5mm jack. Both of these features work very well and are perfect for the gamer who is always on the go. It fits perfectly in my system bag and is quick to set up with my system at game nights and get-togethers. Plus, it keeps you from having to user the software suite that is bundled with the device is easily its weakest aspect.

While the GC2000 hasn’t replaced the device as use for my primary capture setup, it has become a permanent addition to my mobile setup. The PC-less abilities of the device really put it in a category all its own when it comes to capturing and streaming on the go. It is wonderful to be able to do both with minimal alteration to my mobile setup. Not having to deal with a PC and additional wires is a godsend when visiting with friends or out on assignment for the website. In the end, it ends up being an adequate device for a permanent capture setup, but a must have for a mobile one.

While the GC2000 may not be the best capture device on the market, it’s portability makes it a worthwhile investment. The PC-less options for both streaming and recording is worth the price of admission alone. All of the concerns I have are software related, so they could be worked out in the future with ease.