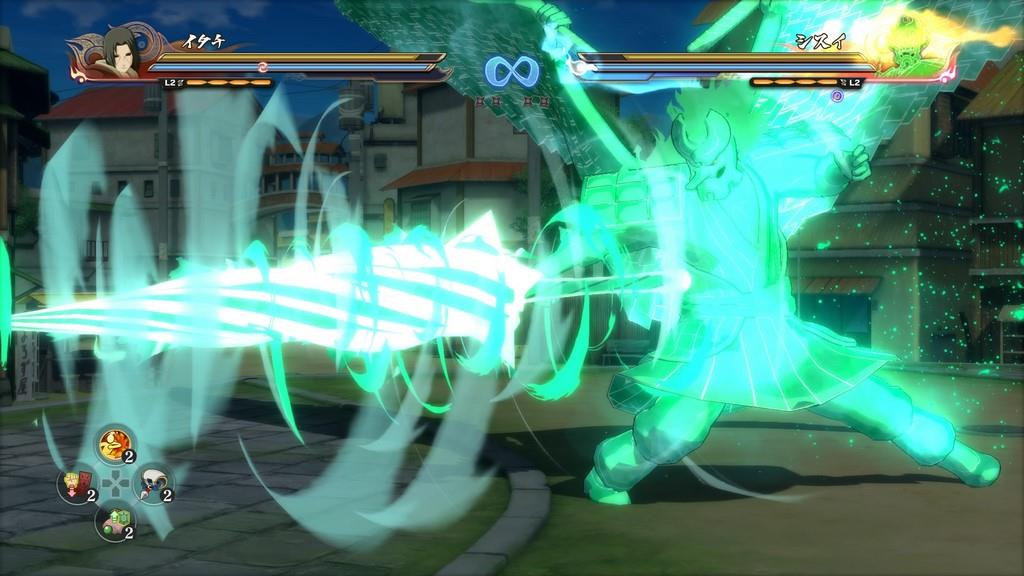 In some ways, I’m wondering if this has to be the end of the Naruto Shippuden series. We’ve finally reached the arc in the manga that signals the end of the Fourth Great Ninja War. If this is the final game in the series, then Bandai Namco sure pulled out all the stops to make this the biggest and best entry that the franchise has ever known. There’s visuals that I didn’t think CyberConnect2 could top after Asura’s Wrath, a wealth of content that will satisfy any die hard Naruto fan, a wrap to one of the longest ongoing story arcs, and a glimpse into the not-so-distant future. The only question is, where do they go from here?

Circling back to the Naruto Shippuden: Ultimate Ninja Storm 3, we were given more insight on the character Madara Uchiha, the antagonist who had set many events in motion long before the birth of Naruto Uzumaki, and is a key figure in every Great Ninja War that has occurred in Shinobi history. In Ultimate Ninja Storm 4, we explore this character, along with his understudy, Obito Uchiha, who has a connection to Kakashi. The story is told through a much more efficient story mode this time around, focusing on presenting the story in a much more digestible and episodic format. There are three major arcs to follow, and it comes to an incredibly satisfying ending. It's probably the best way to end this series before the eventual move to Boruto. What’s also cool about the story is that each piece is given an estimated play time, so you know what you’re getting into between each story piece. The overall completion time of the story mode is close to seven hours, give or take, depending on how often you need to restart a fight. Thankfully, fights don’t restart completely from the beginning; if you fall in combat, you get back up where you stood in battle, and are given the option to do more damage or take less.

The real bulk of the game comes in the adventure mode which follows after the events of story mode. This is where you find yourself playing a game that is similar to Ultimate Ninja Storm 3. Personally, I’m glad they went this route, because it lets you see the overall story while providing you with a deeper epilogue, where you’re filling odd jobs and moving the story along at something closer to your own pace. This is also where you can unlock a lot of the window dressing that you can use to customize your online presence along with other collectibles. It’s a fairly deep mode that feels like a full game in and of itself. It is recommended, however, that you finish story mode before diving in--the game even warns you of that beforehand.

The visual capabilities of the new-gen consoles has never been a major concern of mine, but with Ultimate Ninja Storm 4, I am utterly amazed at what CyberConnect2 is able to accomplish. Their skills in taking an anime and manga and spinning it into a 3D world are second to none. And seeing what they did with the Xbox One is rather staggering. The story mode in particular contains so many visual moments it’s a stark reminder of where games of this nature were 10 years ago. Now you’ve got visuals that flow in and out of the style of the manga, into scenes straight out of anime, with character models that bend and distort to fit the moment perfectly. Coupled with an excellent performance by all the voice acting talent involved, Ultimate Ninja Storm sets a ridiculously high bar for any game, let alone fighting games. I'm thinking Guilty Gear Xrd is in a dead heat with this game for the most impressive visuals during this console generation so far. 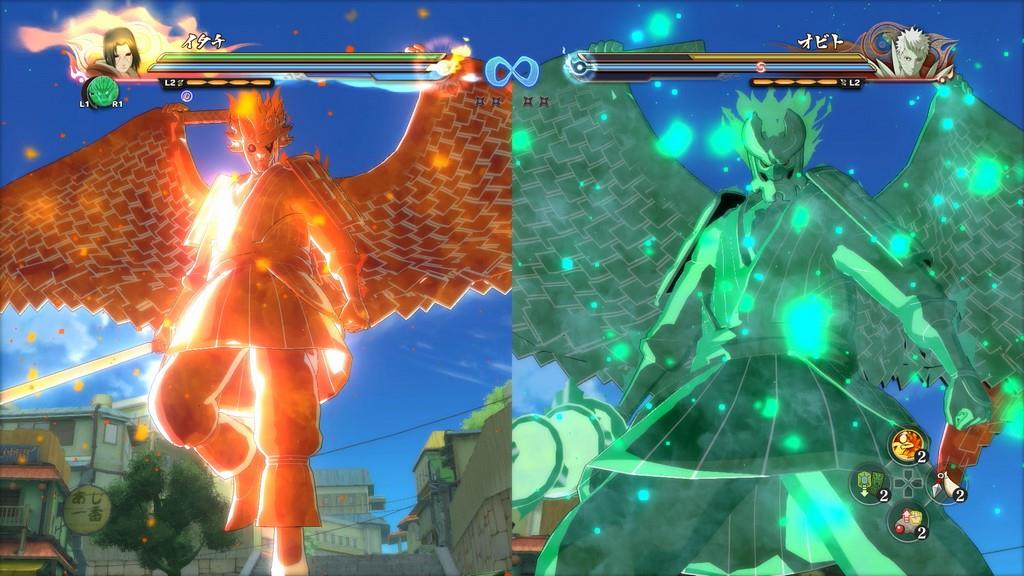 Not much has changed from the fighting formula employed in previous games. If you’ve played previous games in the series, then you’ll find the incremental changes to be subtle but useful. The biggest change, though, is the Leader Swap function. By using the right analog stick you can swap between the helpers you selected. You’ll share the same life bar, so battles don’t become a protracted mess, but you open up a ton of combo potential, and you can select your choice of special jutsus as well. So, if you want to swap between three different Naruto incarnations in a single fight, you can do that, since you have 10 different incarnations to choose from. There’s also plenty of incarnations of Sasuke, Sakura, and other members of the Hidden Leaf Village. There are plenty of characters to choose from--almost too many--though the online meta-game will surely suss out who resides in the top tiers.

There is also the requisite training mode to practice all of your potential combinations. Then you’ve got Survival mode; League Mode, for those of you who like protracted play with other friends; Tournament Mode, which should be a boon for competitive play; and Versus Battle, which is essentially two-player mode, just buried in the menus. Online play features some interesting mechanics that you see in a lot of free-to-play games to encourage consistent players, along with Limited Time Events that rotate out regularly. You can tell that Bandai Namco is in it for the long haul with this game, given the smattering of downloadable content that is coming in the near future. 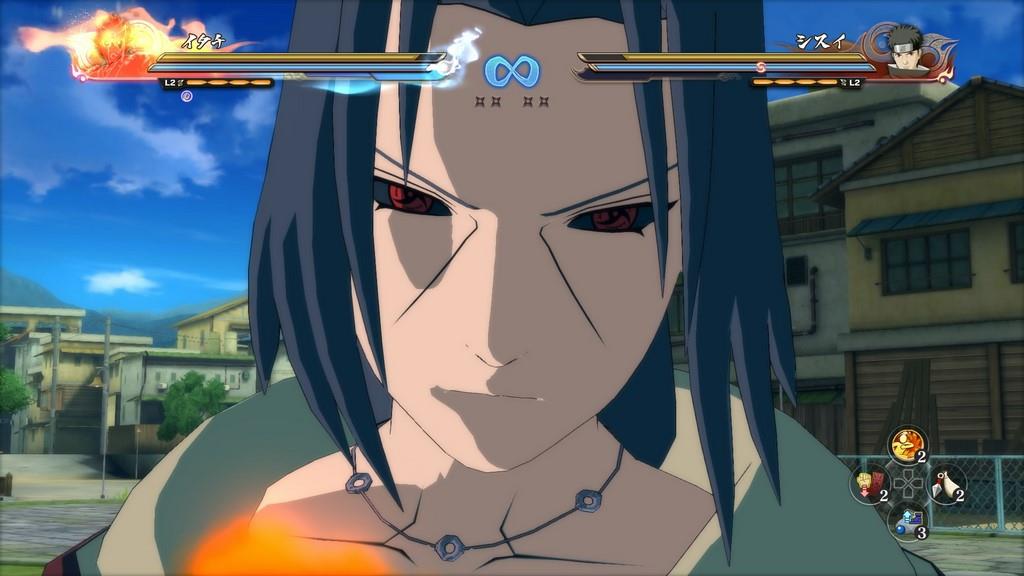 After so many years, we’ve reached the penultimate Ultimate Ninja Storm experience. The story mode is shorter than in previous games, but also feels like the strongest entry to date. The post-story content is fulfilling, with a nice epilogue that links everything to the next step in the franchise, Boruto. The impressive effort from CyberConnect2 on every front makes this one of the best fighting games out there in a very crowded landscape. If you’re not already sold on this game, I don’t know what else I can say, other than go pick this one up. If you’ve been using these games as a sort of cliff notes to the anime series, then you need to see how this one ends.

It could be the end of an era. And if so, Naruto Shippuden: Ultimate Ninja Storm 4 is a fantastic send-off for the series. Bandai Namco and CyberConnect2 have done some amazing work here, and everyone who's a fan of the show needs to play this game.