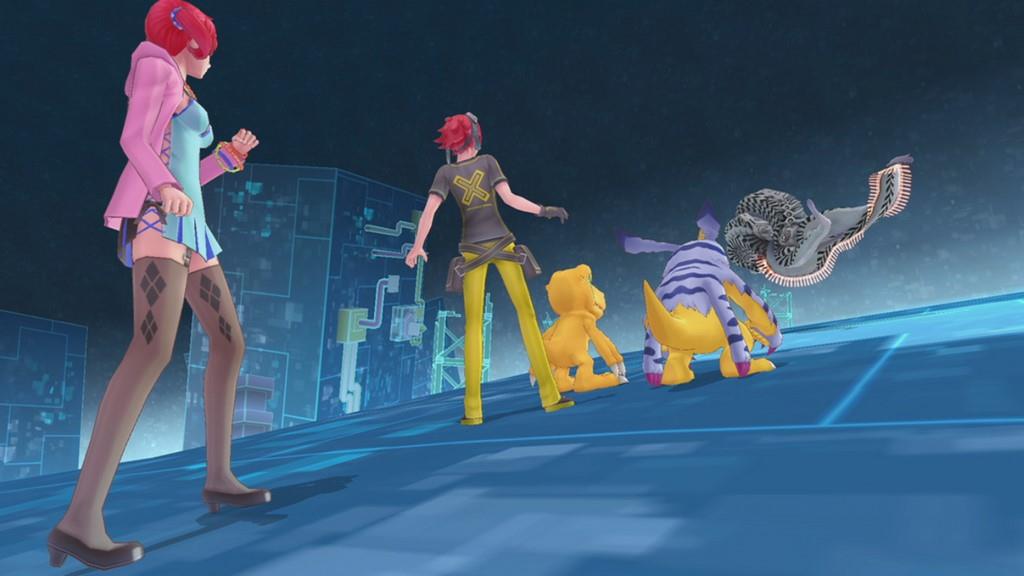 Written by Matt Mirkovich on 3/24/2016 for PS4
More On: Digimon Story Cyber Sleuth

The Digimon series has received a revival effort of sorts over the past few months. Digimon Tri is airing in Japan, and Digimon Story: Cyber Sleuth is now available for the PS4 and Vita. I’ve been slowly eking my way through the PS4 version of Cyber Sleuth, which is an excellent JRPG to use as an introduction into this constantly evolving genre. Turn-based battles, ala Final Fantasy X, monster collecting ala Pokemon, and a story that is part dot.Hack, and part Summer Wars, well, the guys at Media Vision have picked from plenty of different kinds of source material to make for a pretty interesting, albeit beginner oriented JRPG that winds up being a pretty good addition to the Digimon universe.

The story revolves around the online world of Eden, a place where people can meet and businesses can function, almost everything is connected to Eden, or to some sort of network. This has given rise to hackers within Eden, who are going around messing with Digimon that have crossed over from the Digital World, enslaving them, harassing them, and generally being that kind of hacker we associate with identity thieves and ne’er do wells. Your character, has unfortunately been caught in a bit of predicament, after being gifted a hacking tool through someone masquerading as the mascot for Eden. This leads to a rather unique situation that you find yourself in, and with the help of Kyouku Kuremi, a private detective with an appetite for the abnormal, you must find out what has happened, and how to prevent others from befalling a similar fate. Right off the bat this story has shades of another Bandai Namco property, dot.Hack, where cyberspace is the setting and the initial premise feels very close to the series that saw its last entry in 2008. Eden itself is introduced in a way that feels very similar to the opening of the animated film Summer Wars. Like I said, there’s a lot of inspiration, but it at times can come off as too close to works that came before it. 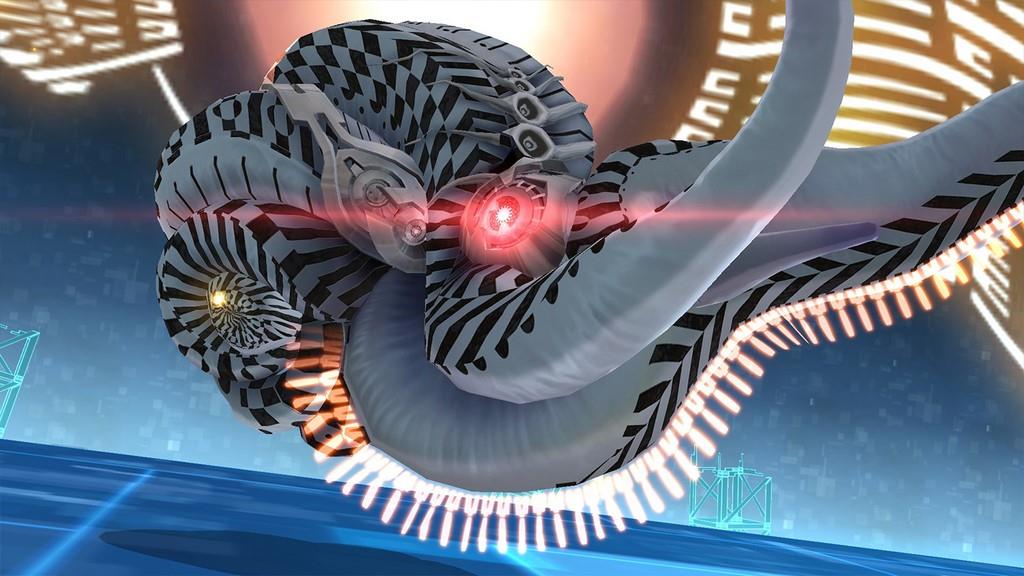 As you progress through the story you’ll be solving cases that pop-up in between larger story chapters, which gives you the ability to hop into Eden and find more Digimon to add to your party. Finding new Digimon is simply a matter of encountering them in battle, each time you do, you’ll scan them, do this often enough and you can convert the scanned data into Digimon that you can use. It’s a simple and straightforward system, and you never really have to worry about ‘missing’ any over the course of the story as there are dungeons that simulate the encounters of Digimon, making them easy to farm. You can also use the converted data to level up your existing Digimon, cutting down on a little bit of grind time. Though I have to say, for most of the early part of the game you can play this game on Hard mode to gain a little bit of extra money and experience. This game isn’t particularly hard, especially if you keep a well balanced stock of Digimon ready to go for battle.

Digimon come in four different classifications, Virus, Vaccine, Data, and Free. The Free type Digimon are kind of outliers and do a neutral amount of damage across the board. The other three classifications operate on a rock-paper-scissors model, with Vaccines dealing more damage to Viruses, Viruses hurt Data types, and Data types are strong against Vaccines. To top it off you also have elemental classifications to think about as well. In the first few chapters this won’t necessarily be an issue, but by the time the fourth chapter rolls around, you’ll want to have a good stable of Digimon. I made the mistake early on of being dismissive toward Virus type Digimon and had to do a little bit of backtracking and digi-volving to get my team back into working order, but once I did, I was having little trouble proceeding. 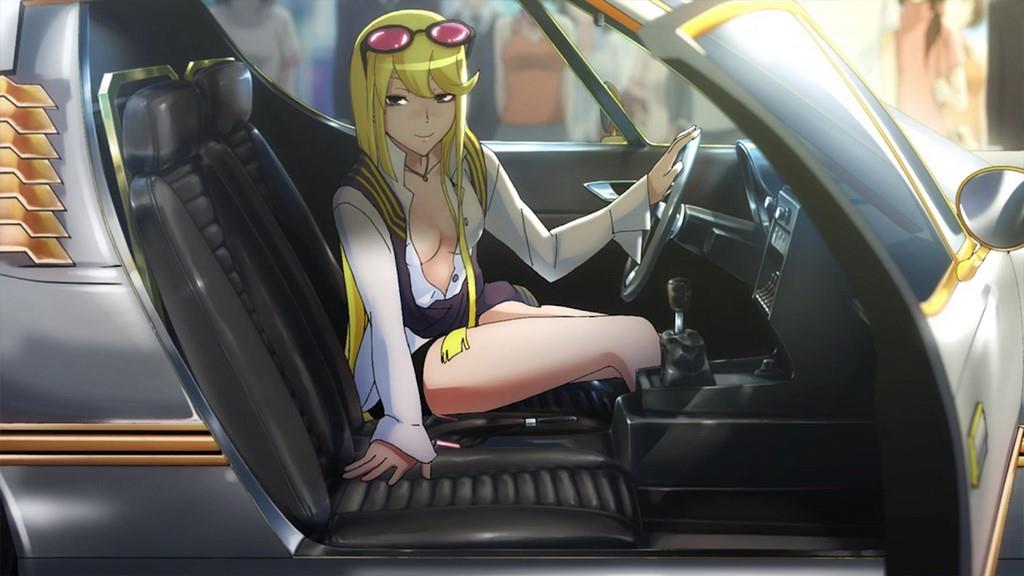 Combat follows a very straightforward formula, enemies, allies, and guests are placed on a timeline depending on each Digimon’s speed, (like I said before, very reminiscent of Final Fantasy X) and you’ll take turns based on where you fall on the timeline. Rotating out Digimon will take a turn, so make sure you’re prepared before going into battle. Thankfully you don’t have to worry about sitting out Digimon, as everyone gets a cut of experience after a battle, regardless of whether they participated or not. You can also level up Digimon outside of battle by placing them in the Farm Island, a place where they can level up, craft items, or find new cases for you to solve. Solving cases also has the benefit of rewarding you with items that can improve how many Digimon you can carry, expand the Farm Island, and increase the stats of your various Digital Monsters. Digi-volving is a simple matter of being of the right level and having the requisite stats, and you’ve always got options, though initially you won’t know the fruits of your evolution, unless you’ve previously seen a Digimon in battle. You can also de-evolve your party members if you want to take their earlier forms to max level so you can carry over specific skills or stats.

There’s a lot of dungeon crawling which means you’ll be seeing plenty of the underside of Eden, along with a lot of real places in Japan, like Shinjuku, or Nakano Broadway. This game has a good variety of detailed locales and if looks familiar to JRPG fans, that’s because the character artwork was provided by Suzuhito Yasuda, who has done work for Shin Megami Tensei: Devil Survivor, and the anime series Durarara!!. The Digimon made a great jump in visual presence as well, although I’m reminded of how many silly ‘extra’ Digimon there were in the world. There are 249 to find, and a few more with DLC missions that are available now for free. The game also runs at a smooth sixty frames per second, but I think it came at the sacrifice of not having a moveable camera, and in some instances it’s kind of baffling because it’s easy to get behind objects that obscure your character. Though the on-screen mini-map helps, not having a full view of things is kind of surprising give the type of game this is. The music is kind of forgettable, though I found that the boss music was enjoyable. There’s only a Japanese vocal audio track, so if you’re expecting an English voice cast, you’re going to be disappointed.

Digimon Story: Cyber Sleuth does a great job at being a good entry level JRPG experience. The story is easy to follow, and has plenty of interesting twists and turns, even though it initially comes off as being a tad, formulaic. The combat is deceptively deep once you start getting more and more Digimon into your party. It’s been so long since we’ve had a Digimon game, I’m stoked that the series is getting new life, as it was a good alternative to Pokemon, and this game is something that PS4 owners can easily on the go with the Vita thanks to Cross-Save functionality, which more games need these days. If you still believe that Digimon are the champions, then check out Cyber Sleuth, you’ll find plenty to enjoy.

Digimon Story: Cyber Sleuth is enjoyable both on the go or on your console, either way you're going to be transported back to a time where you had shouting matches over which Digimon could beat which Pokemon. The story and gameplay are a bit same-y to other properties out there, but its easy to look past considering how much fun it is.