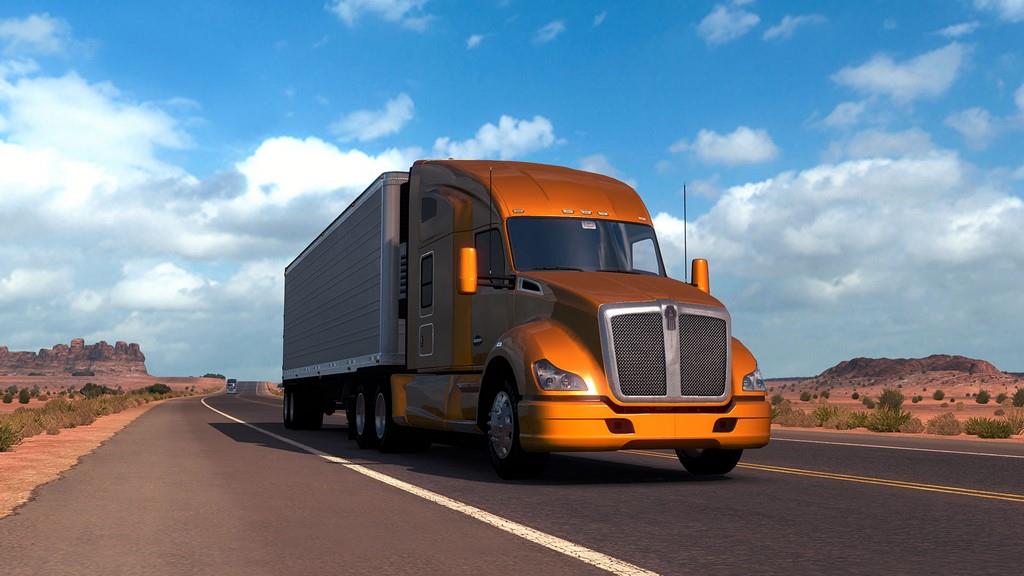 Written by Travis Huinker on 2/8/2016 for PC
More On: American Truck Simulator

While California and Nevada have some fun cities to drive through, their surroundings are mostly desert and not often very interesting to look at. As with Euro Truck Simulator 2, the environments are compressed compared to their real-life counterparts. Making a trek from San Francisco to Las Vegas—an eight-hour drive—is relatively brief in-game. I'm hoping that with the addition of more states, the massive size of the United States feels more lifelike. That said, the environments, even if being mostly deserts, do contain more visual detail than Europe locations in the past. The coastal region, speaking of San Francisco in particular, looks absolutely fantastic. The cities also feel more alive with denser traffic and more perhipheral activity, in the form of helicopters flying above and police patrolling the streets.

Even with only two states at launch, there is plenty available to keep you trucking along. For starters, there is an endless amount of contracts available around California and Nevada to haul everything from new cars to gasoline. Many of the new cargo types required longer trucks compared to the previous game, which makes both turning around corners and parking at destinations more challenging. Players also need to be aware of getting fines from police keeping an ever vigilant watch for traffic offenders. Fines from hitting other cars or going over the speed limit seem more expensive than with the past game, which makes keeping hard-earned money a bit more difficult.

Other gameplay additions include weigh stations that require players to briefly park their trucks for inspection of their cargo's weight. In reality not much happens other than a thank you message for stopping at them. The bigger change is how players can deliver their cargo at destinations. Instead of simply just one delivery location, players now have the option to pick from three options. The first option is the most difficult in regards to parking location and offers the most experience points if completed successfully. The second provides an easier option that doesn't require precision backing in and the last involves simply completing the contract without any bonus experience points. While it might seem like a small feature on paper, it adds more realism and a greater challenger for players which makes for an overall better gaming experience. 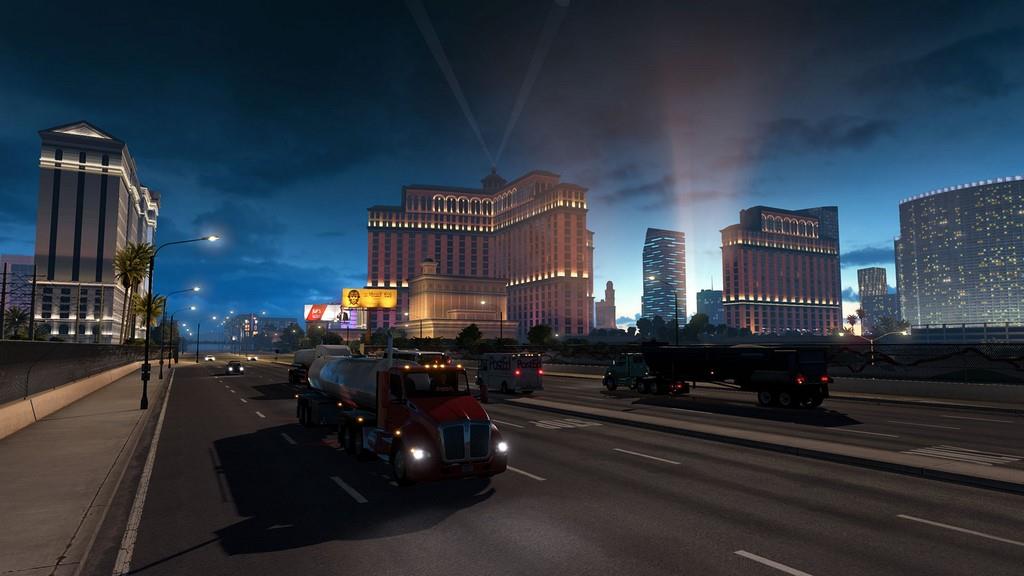 The two American truck types, the Kenworth T680 and Peterbilt 579, feel like behemoths compared to their nimble European counterparts. As with the previous game, you can either save up enough money through contract jobs, or, if you are impatient, open a bank loan to purchase your own truck. The same business components also follow through with you being able to run a trucking company, buying more trucks and hiring more drivers. The progression is slower than Euro Truck Simulator 2; fines can take away a lot of money, and you don't earn experience as quickly. It also wouldn't be the same without the online radio stations that are popular with fans of the series. This time around, a variety of American radio stations perfectly match the game's theme of sitting back and cruising along good ol' USA highways and roads.

With a $20 price tag, American Truck Simulator won't set players back much, and it fits smaller amount of content. At the moment, it's more of a foundation then a full-blown experience. It's not the groundbreaking sequel I hoped for, but for fans, it doesn't matter—everything that makes this truck sim series good is here.