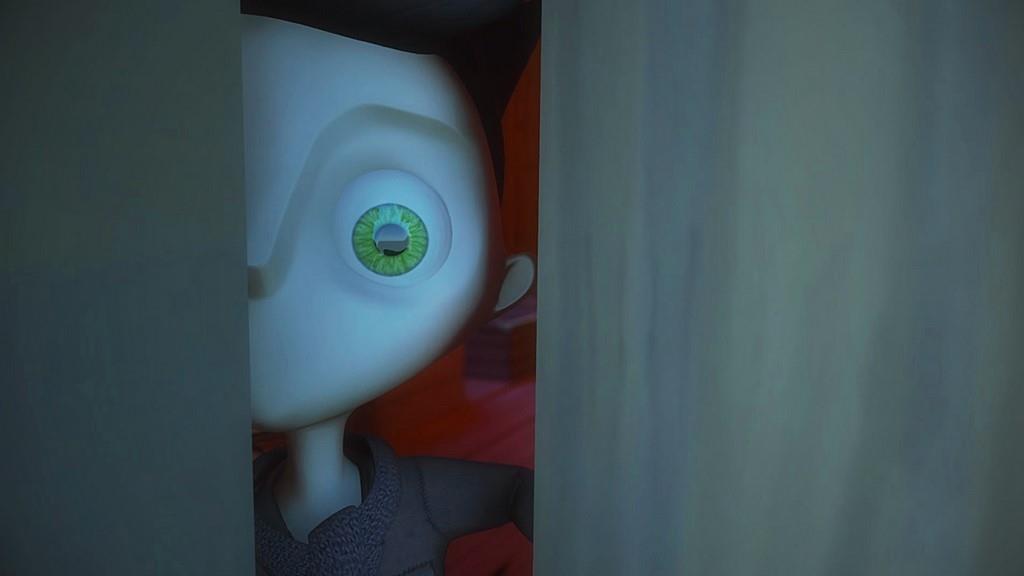 Written by Russell Archey on 2/24/2016 for WiiU
More On: Shadow Puppeteer

Everyone has a shadow. It’s always with you and mimics your every move. Aside from being in darkness, you can’t be separated from your shadow…but imagine if you could be. What if somehow you and your shadow became separated and you had to work together to become reunited?

The game consists of multiple stages that are a mix of puzzle and platform elements where you have to get both the boy and his shadow to the end of each area. The catch is that you have to control both the boy and his shadow at the same time; the left control stick and L buttons control the boy while the right stick and R buttons control the shadow. There’s an additional catch: you can’t just get one to the end and then concentrate on the other.

This is for a couple reasons. First, as the two get further apart, you’ll see a purple beam connecting them. If you stray too far apart, you’ll essentially become disconnected and have to revert to the previous checkpoint. The other reason is that, often times, the boy and his shadow have to cooperate in order to solve puzzles. Now, the logical thinker within you might be wondering how it’s possible for a boy and his shadow to somehow work together to solve puzzles and clear each stage. As you’re playing the shadow, imagine the shadows in the background as a solid object that the boy’s shadow can interact with. That means he can run with, stand on, and jump on those shadows to progress within his two-dimensional plane, sometimes having to jump down lower on that plane. It makes more sense when you see it. The boy, on the other hand, has full three-dimensional movement to jump on and go around obstacles. 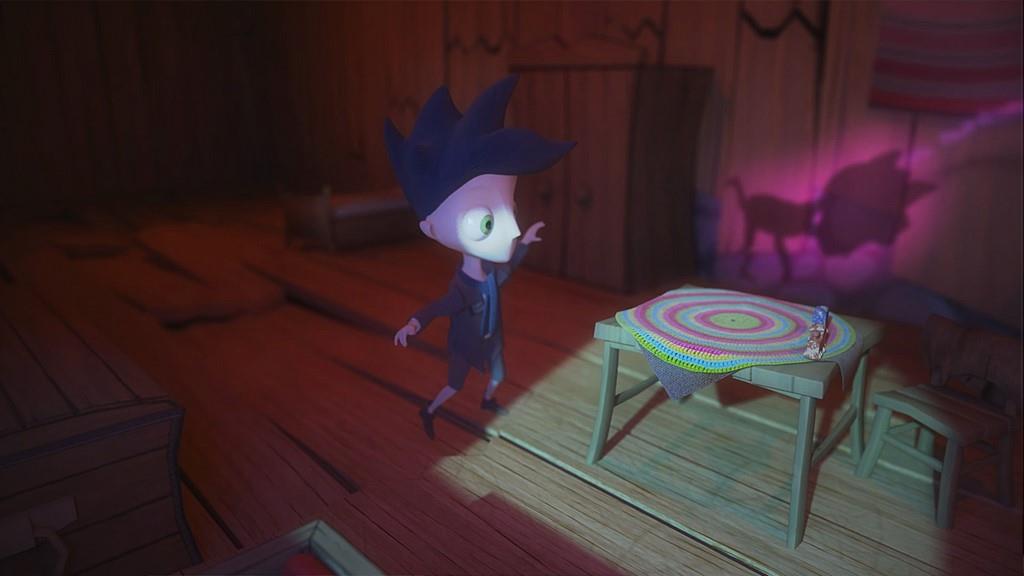 Both the boy and his shadow can also interact with various objects, and sometimes both of them must use the same object at the same time.  For instance, the boy might have to move a box into a position that the shadow can use to jump on top of something to progress. Other times, the shadow might have to pick up a small platform that the boy can jump on top of so he can progress. Logically thinking, that shouldn’t work, but it's welcome in the realm of video games. There are also some puzzles that are based off light, where moving various objects around will alter some light sources, letting the shadow pass through safely. While the puzzles themselves are somewhat easy to solve and won’t take all that long, that doesn’t mean they aren’t interesting. Each area also has numerous orbs to collect; orange for the boy and purple for his shadow. The puzzles may be simple, but getting the orbs can take a bit more thinking.

Occasionally you’ll come across the Shadow Puppeteer who’ll take one of the jars on his music box and throw it on the ground, unleashing a powerful shadow monster for you to contend with. If you had trouble with the platforming prior to this, these sections might make you pull your hair out. They’re not bad, but sometimes a bit tedious  The second boss is basically a shadow crab that you have to drop a crate on three times to defeat. The problem lies in that you have a minimal amount of time to run to a platform for the boy to pick up, get the shadow on the platform, and get him to where the lever is to drop the box on the crab. If the crab touches your shadow even once, you have to start the fight from scratch. It’s an interesting take on a boss battle, but as the crab speeds up later in the fight, the amount of time you have to get to the next lever shrinks—and the more precise your timing has to be. 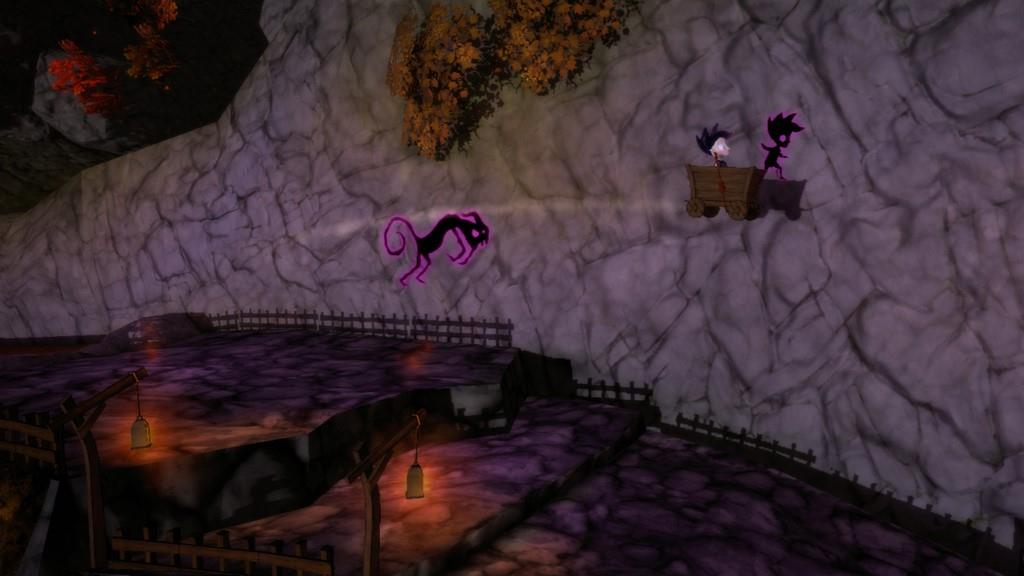 Honestly, that’s my only issue with the game: the platforming. For the most part, it’s not that difficult figuring out how to get through each area. But actually doing it can be a different situation entirely. There are several situations where precision timing, movement, and jumping are needed to clear an area. These include things such as jumping in a small boat to move across an area of water (at least I think it’s water, hard to tell, really) and jumping from solid ground onto the small platform that your shadow can pick up and carry. It’s not usually an issue, as these situations are typically next to checkpoints that you just hit. But it still gets annoying when I have to jump to just the right place and I keep missing over and over again. It’s something that should be really simple, yet somehow can be difficult to do.

Shadow Puppeteer is a rather unique take on the puzzle-platformer genre that hasn’t been seen all that much to my knowledge. The main problem lies in that it seems more suited for co-op, as each person would control either the boy or his shadow, not one person controlling both at the same time. While there is local co-op, there isn’t any online multiplayer. But given the fact that a lot of the stages take around 10 seconds to load (or a bit more), I can kind of see why online multiplayer might not work. Overall, Shadow Puppeteer is a fun game if you can get past the platforming issues, but is a bit on the easy side otherwise and doesn’t take that long to complete.

Shadow Puppeteer is an enjoyable game—if you can get past a few frustrations. The platforming is tedious at times, with you controlling both the boy and his shadow, though figuring out how to get through each area isn't all that difficult. Sadly, the game is somewhat short, only taking a few hours to get through. But if you're playing with someone, it can make for a fun afternoon.