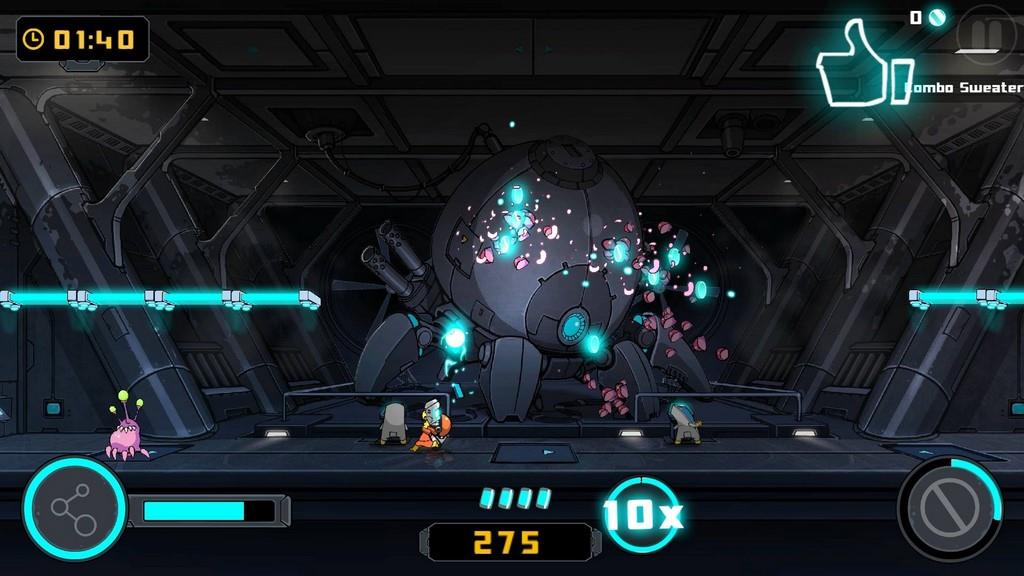 Arcades are long gone but their spirit still lives on in games like The Bug Butcher. A 2D shooter where you where you destroy anything that moves and watch those points go higher and higher. There are a bunch of arcadey type games around today but in my opinion, The Bug Butcher is one of the most fun that I have played in quite some time. It's simplistic but engrossing. It's easy to play, but can get pretty challenging at the same time.

Bug Butcher is classic arcade action as you can only shoot up like Space Invaders or Breakout.  Bugs will start to litter the screen from above at first, but eventually they will start flying into the level from various directions. You will have to maneuver yourself around each area to avoid them as they will bounce around round you. At first it seems easy. For instance, there may be a big pink enemy that will split off into two, then one of those two will split off into another two.

As you can imagine, things will get pretty hectic as you progress and they start throwing different kinds of enemies at you. There are some at later levels that have unpredictable patterns, ones that fly around really fast, and ones that are pretty difficult to out maneuver with the added obstacles in the levels. The enemies themselves also look pretty silly and weak as they start out, but they will start to get more menacing as you progress . It is very important to try to avoid being hit by the enemies for a few reasons. The first, obviously, is because you will lose health every time you get hit. The second reason is that it will reset your combo meter every time you get hit. Each time you destroy an enemy, your combo meter will increase by one, and this is only way that you can score huge points and these points are needed for completing objectives for each level. Getting those high combos as the game goes on will become increasingly difficult. 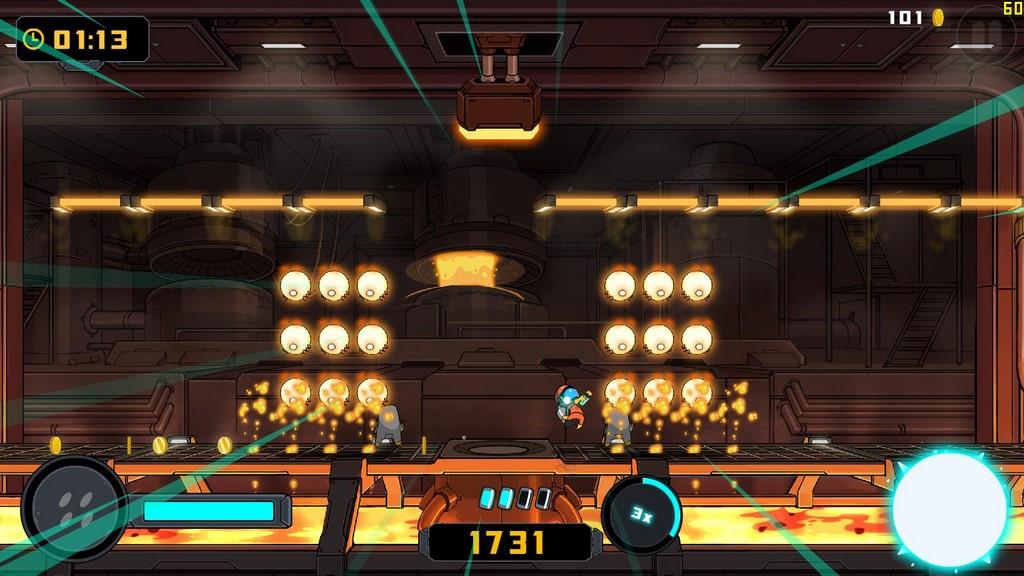 The Bug Butcher has three different modes. The first one is a single player mode. This mode plays out like a hoard mode. You can instantly select any of the levels in the game to play and each game is timed. While killing bugs you can collect coins and clock which will give you more time. Once a wave has been completed you can upgrade your guns and armor with the cash you picked up. Out of all the modes, this is the one that I had the most fun in and I honestly kept forgetting that I was trying to achieve a high score. Destroying the bugs is incredibly satisfying that I was having more fun doing that than actually paying attention to the score or collecting coins. When I would fail, I realized "oh yeah I have a health bar" and this happened on more than one occasion.

The second mode is an arcade mode. Here the levels are locked and you have to make your way through numerous waves before reaching the boss. Once you reach a new level, it's unlocked and you can play on any stage you want. Unlike the single player mode, you cannot upgrade your equipment between rounds. You do still pick up coins but you will upgrade your equipment before you start the level and that carries with you as you play. These weapons will stay leveled up as you play as well, so if you are having difficulty in the later stages, when things start to get crazy, you can upgrade until you are in a better position to deal with the bugs. As you progress through the different locations in the game, you will see that various obstacles show up as well. There may be walls throughout the stage that restrict your movement or death traps like fire that shoot out of the side of the walls 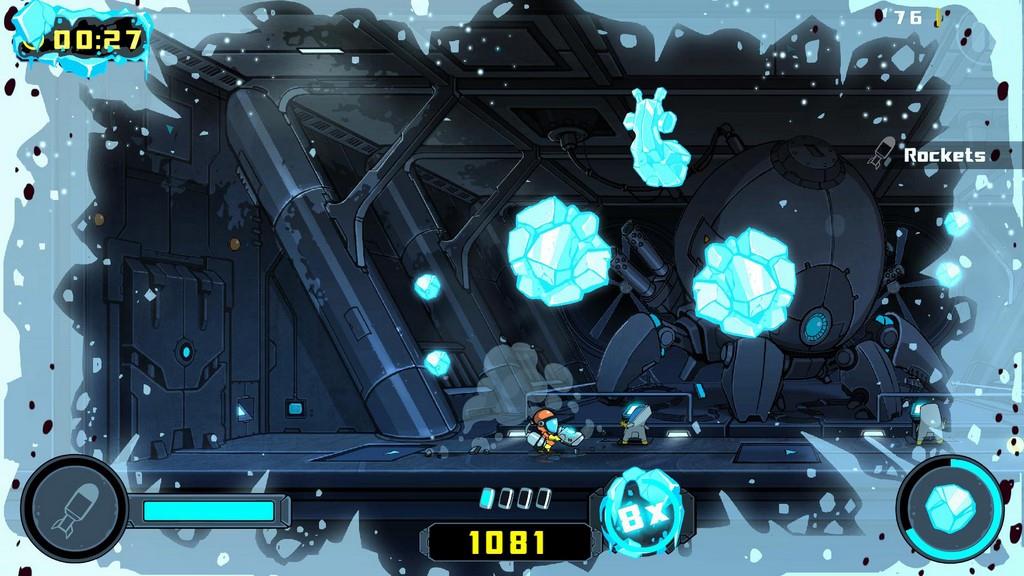 Speaking of weapons, of course during the course of levels there will be various weapon pick ups that change your weapon into giant laser beams, spread fire, the ability to freeze enemies, and more. Even though these weapons certainly help out, it adds another layer of strategy into the game as well. Since they last for only a short amount of time, you need to decide when the best time to pick these up is. Do you pick it up and just fire it off immediately, or do you wait as much as you can and use it when you get to the later stages when it gets hectic and enemies come in quickly.

If you want to bring a friend a long for the fun, the game also includes a two player co-op mode. While this all may seem repetitive, and it is, that doesn't mean it isn't fun. The gameplay is really fun but there is also fun in trying to get those high scores and climb the leaderboards. In the single player mode, the rounds are short enough that it's one of those games that will keep you saying "just one more game" over and over again. This also happens when you make one wrong move, which screws up your combo and you don't get that high score. You know you can do better, so you start it up one more time. A simple game, but it potentially provides hours of fun. If you are into these types of games, I highly recommend it.

The Bug Butcher is a really fun and really addicting arcade like shooter. While it won't take that long to play through all the levels, it offers a high amount of replayability and it's one of those games where every single point matters and you will be playing over and over again to climb those leaderboards.