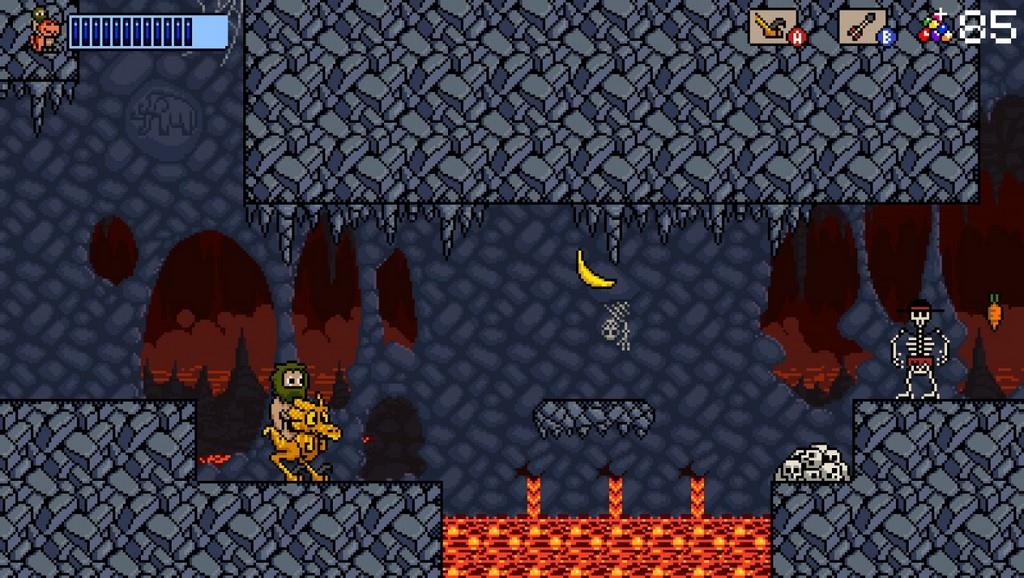 A Clinton is vying for the Democratic nomination, gas is under two dollars a gallon and 2D platformers are all the rage—it’s feeling awfully 90s in here. From mind-bending puzzlers like The Swapper and Typoman to clever ideas like Adventures of Pip, this genre is seeing a full-blown renaissance. Unfortunately like the 90s, this surge of software runs the gamut; for every Mario World and Earthworm Jim there were a dozen Bubsy the cat and mediocre X-Men spinoffs. So it goes today; some are great, some are awful and a lot are just floating in the middle somewhere.

So it is with Dinocide, a prehistoric platformer from Atomic Torch Studios. This game feels like a cocktail napkin idea sketched out during a heavy buzz—good enough to be interesting but without a meaningful or memorable follow-through. Dinocide has some decent ideas but it feels like an early beta or even alpha build for something that never quite got finished. Dinocide’s heart is in the right place but the execution leaves something to be desired.

From the get-go this is clearly an homage to those early 90s platformers. The visuals and sound feel like they’ve been ripped right out of a late-era NES game, or maybe a middling Genesis side-scroller. This means fairly flat-looking environments and sprites with minimal animation, and the bad kind of rudimentary chiptunes—the kind that cycle too often and get on your nerves. None of this is a deal-breaker though; Dinocide is easy to pick up and play once you get past the generic premise and rather stark mechanics.

The plot is as basic as it gets: you’re a caveman cuddling with your cave girlfriend when a giant dinosaur steals her, prompting the obligatory rescue. Your nameless Early Modern Human is only armed with rocks to begin with, but he can quickly acquire tomahawks, arrows and even a boomerang. All of these items are projectiles (think Gauntlet) and he can hurl two or three before a quick cooldown is needed. If you finish a level with one of these weapons in hand you add it to your inventory; you can then select any weapon for the next level, and picking up another gives you multiples of that item.

This is useful because dying makes you lose whatever weapon you’re carrying. You have infinite lives but every time you die the equipped weapon is lost; keep selecting and dying and eventually you’ll run out of that weapon in your inventory. This also goes for the game’s other major powerup. 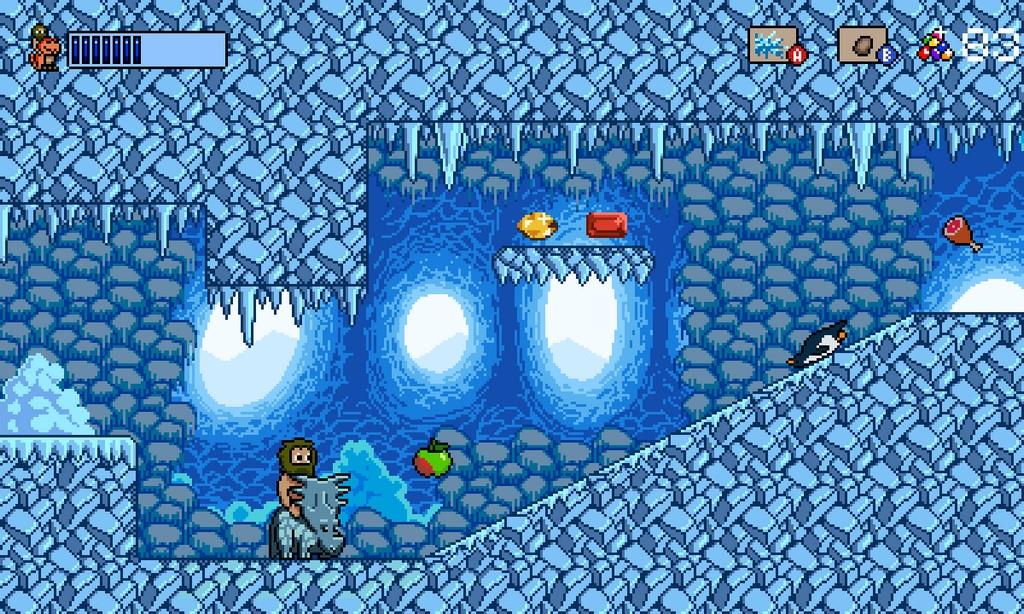 Your cave dude can collect dinosaurs from eggs and ride them around, and each one has a special ability or powerup. The T-rex can wade through lava and breathe fire; the plesiosaur makes swimming a lot easier and blows bubbles; the velociraptor runs quickly and can deliver a painful kick to enemies and obstacles. As I mentioned dying while riding one of these guys means you lose it, which can make finishing a level more of a chore, or makes it impossible to reach secret areas. Of course the dinosaurs also give you another safeguard against the game’s main feature: your caveman’s ravenous appetite.

As you explore the world your health bar, which also doubles as your stamina, constantly depletes. Your caveman must have some kind of terrible wasting illness because he must constantly devour the food pickups placed strategically throughout the levels or literally die of hunger. Whatever he has must be catching because any dinosaur your jump onto acquires the same chronic need to gobble down fruits, veggies and the occasional ham, basically giving you a second life bar until the dinosaur succumbs to hunger and leaves you mount-less again. This would be an intriguing defining mechanic if it wasn’t so frustrating.

Your stamina runs out so rapidly that you’ll be forced to sprint through almost every level , and getting hit by one of the irritating enemies puts you that much closer to death/starvation. This means you’ll likely skip most of the secrets in favor of just forging ahead. You can collect gems to buy extra weapons and dinosaur rides, but money is vanishingly scarce in this game; the whole shopping feature seems like an afterthought. Thankfully the levels aren’t that difficult at all, or even particularly well designed—I breezed through ten before the game got even the slightest bit frustrating. 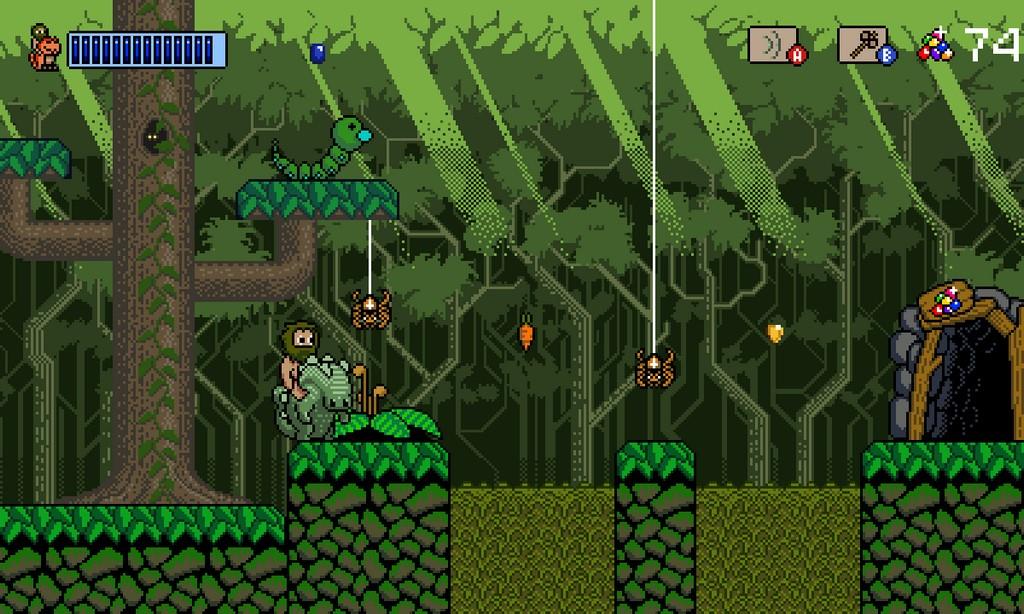 The title is also a bit misleading. Perhaps Atomic Torch should have named it “Paleo Diet: The Game” instead because you don’t exactly perform a dinosaur genocide; you’ll mostly be fighting an assortment of apparently random enemies while gorging yourself. One of the first enemies I encountered was clearly a zombie pigman from Minecraft, and at one point I’m pretty sure I killed the Alot from Allie Brosh’s Hyperbole and a Half.

This turns out to be Dinocide’s biggest problem: it is painfully derivative. What it doesn’t copy from pop culture or other games is fairly mediocre. I hate ragging on a game so much but this feels like a first year game design student’s final project; impressive as an amateur effort or homage but it doesn’t present the clever design, challenge or creativity of the games it is ripping off. Its hunger and dino-riding mechanics could have been fun, but as it is they need a lot more balancing. 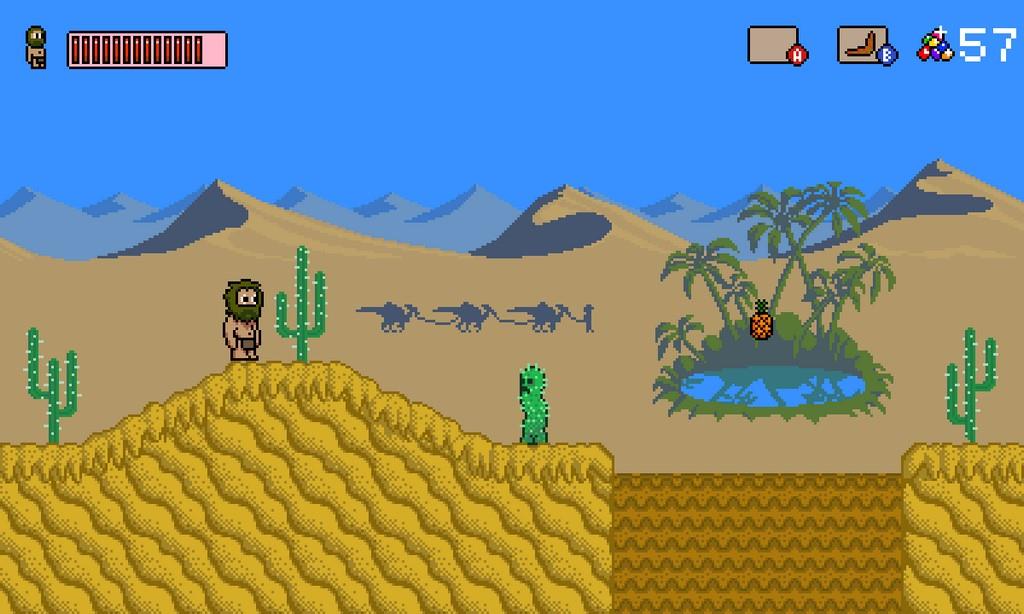 Everything, and I mean everything, about Dinocide feels positively middle of the road: flat, sparsely animated graphics, simplistic music, rough gameplay ideas awkwardly hammered into a very, very basic 2D platformer. It’s halfway decent; adequate; not terrible, but nothing approaching great or even good. In this respect I’d consider it a passing distraction or novelty like the smarmy DLC Quest or Goat Simulator, except for its price. Atomic Torch is asking ten whole dollars for this thing. Maybe I would pay $5. Many games it this genre on Steam go for less, and the ones like Broforce or Not a Hero that ask for more money offer far more—and more enjoyable—gameplay and content.

Maybe with some sizable content updates, Dinocide could be worth the ten bucks they’re asking for. But until then it feels like a game that’s still stuck in Early Access, a collection of halfway decent concepts that just don’t gel all that well, hung on a platformer skeleton we’ve all seen literally a hundred times.

Dinocide isn't a bad game but it isn't particularly noteworthy either. It has a couple good idea but the platforming is fairly rudimentary and very derivative. With a few content updates it might become something better, but as it stands Dinocide feels like it's still stuck in early access.