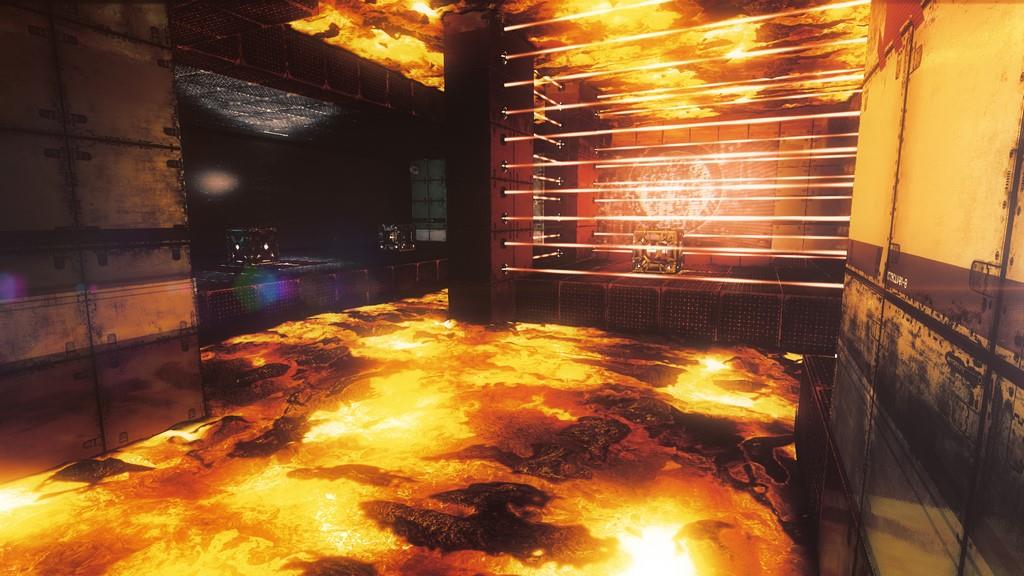 We've all seen movies and played games that depict a dystopian or totalitarian future. Sometimes, these end up being great features, such as the Fallout series for gaming or movies like Blade Runner. Other times, they fall short of the mark and leave its audience begging for more. Attractio, unfortunately, falls into the latter of the two categories as a physics-based puzzle game that doesn't have much substance beyond that.

In Attractio humanity has expanded throughout the entire Solar System due to mining and overpopulation. The year is now officially 3275. Planets, moons, and space stations all have their own governments. One network steps forward to offer the chance at improving the lives of various contestants, whether they are going for money, fame, glory, or freedom. That is, if they stay alive. Attractio is officially the most popular show throughout the Solar System, broadcasting live from a space station full of various puzzles and deadly traps that are waiting to not just trip up the contestants, but to end their suffering in front of a view audience.

I wish the story had more depth than the paragraph above, but that's about it. There are three primary characters in Attractio, named Dalek, Mia, and Keir. Dalek is a prisoner who was, according to him, wrongfully accused of murdering his girlfriend and agrees to do the show to fight for his freedom. Mia is a member of special forces and a native Martian who wants the big technology prize. Keir wants the monetary prize in order to help those in need on Earth. That's about all we get out of the main characters, who you rotate controlling throughout the game. It's an interesting system as the entire goal of the game show is for one person to reach the end before the others or dying. The fact that the game is saying we'd rather you play all three instead of just one is a strange decision in a competition.

The game is centered around a puzzle system. It starts out simple enough to learn the basics of the game, primarily centered around moving boxes into specific positions to trigger switches, block objects or lasers, or to actually ride across or up and down maps. The further the player gets into the game, the more toys he gets to play with. Sadly, they aren't all that exciting. The anti-gravity boots essentially turn a room upside down, changing the way a layout actually works. The second device, a gun that allows players to shoot, pull in, and freely place devices, is rather useful. The third one is tricky to learn as it is a cannon that changes the direction of gravity an object adheres to. For example, if you have a block sitting in front of your player like normal, hitting one of the six directions possible will change the gravity direction and send the box flying. 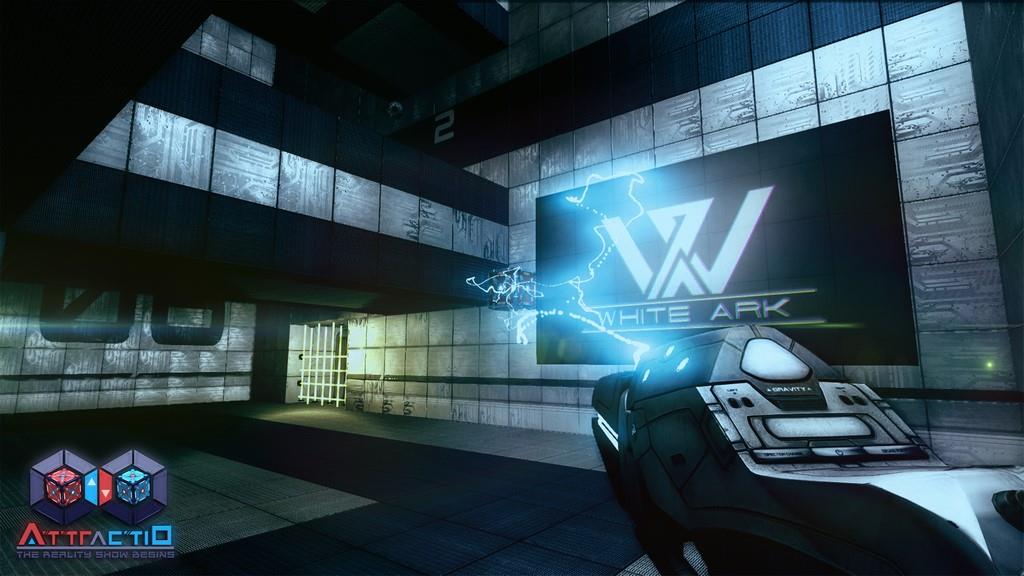 My biggest beef with Attractio is how the game flows....or lacks anything that resembles it. The storylines are nothing but commentary for the host of the game and he makes his glib quips here and there to get a reaction out of the audience and the player. It works with Dalek as he basically just calls him the worst human ever over and over again but Keir and Mia basically just shrug it off and talk about themselves. There is no central story other than here are these puzzles and don't kill yourself which can be done without the unnecessary commentary, which is dull at best and annoying at worst.

At the heart of the game, though, is a challenging puzzle system. Early puzzles are straightforward enough that it doesn't require much help, but once those tools are introduced, the difficult takes a stiff jump. It's almost an unnecessary one because the early levels are enjoyable enough that you don't mind dying a few times just to get the feel of the system. The game is so eager to use the tools unlocked that it takes a jump from easy to hard in just a matter of one or two stages. A solid progression should be used, but unfortunately its long forgotten just several puzzles into the game.

I have a hard time trying to figure out just how the story ended up so disjointed in the game. The opening explanation at least made sense and laid the groundwork for what may as well be the puzzle version of The Running Man where rich and fame can be yours if you don't jump into a pool of molten lava, but somehow Attractio takes all of the fun out of it by giving us three insanely boring characters and one smug announcer who isn't funny. It's a shame, because the puzzle part of the game isn't that bad. It's just the story is so awful that the puzzles almost become your outlet to escape the clutches of what is a lackluster story at best.

Attractio could have been a lot more fun. The puzzles are all over the place in difficulty and ramp up quickly with little warning. The tools are sporadically given as the players progress, though sometimes it's a pain remembering who has what as each character doesn't get them at the same time and the game flips you to who you are controlling at the drop of a hat. The story is uninteresting and the characters are forgettable. When you add it all up, it's a game that scratches the surface of what could have been a great puzzle title. Instead, we're left wondering what more could have been done to make this game good.

Forgettable characters with a lackluster storyline do not help a puzzle game that can be, at times, enjoyable and, at worst, downright infuriating.