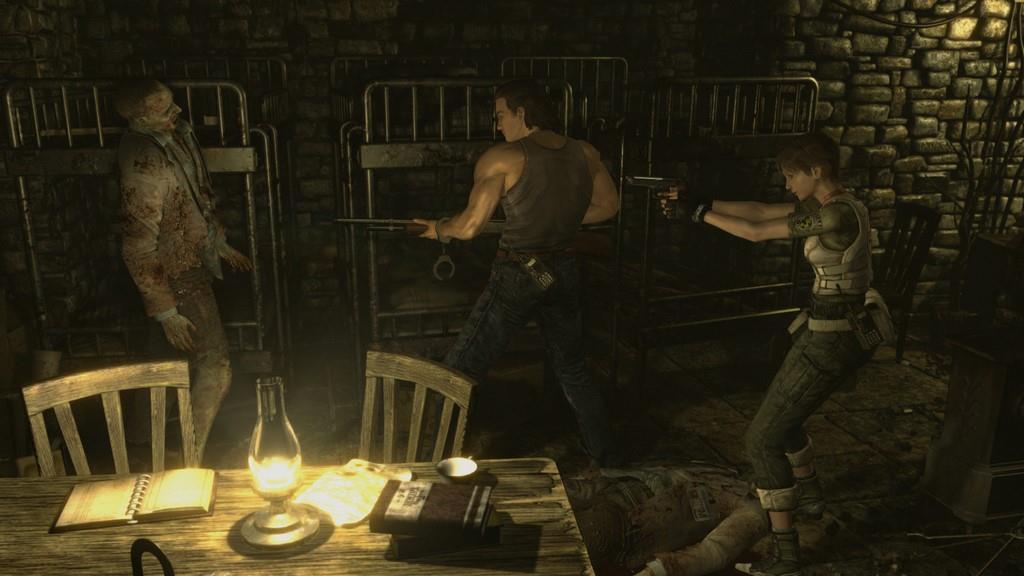 In 2002, Capcom gave Gamecube owners something new: A prequel called Resident Evil 0. It used the same engine as the remake and, even back then, it looked fantastic. Unfortunately, the only way to play these games was either on Gamecube or on dodgy Wii ports. Here we are years later, and we now have HD remasters of both games. The remaster of Resident Evil 0 looks fantastic and is a good game—but suffers from the fact that it's truly a product of its time.

As the name suggests, Resident Evil 0 is a prequel set before the events of the Jill Sandwiches and dogs crashing through windows. An Umbrella Corporation is attacked by mutated leeches and STARS's helicopter has crashed nearby. Rebecca Chambers investigates the area and finds the train along with escaped convict Billy Coen, who has been sentenced to death for multiple murders. Oh yeah, and the train is full of zombies. Go figure. Without giving away too many spoilers, it's a shame that the game presents a brand new setting, but after a bit, we are right back in a mansion again, just like in the remake.

With the two protagonists, this means that the game is somewhat co-op. You can control one character while the other is controlled by the AI, and you can swap between them at the push of a button. With the addition of two characters, this also means co-op puzzles. Sometimes you will need to separate Billy and Rebecca to complete various tasks. The AI of your partner isn't the best. Sometimes I will have Billy or Rebecca set to attack and they will just stand there doing nothing while they get attacked. Other times, when I set them to not attack, I just want to rush through a room without fighting, and they will just stand around and again get attacked. This is incredibly frustrating because if one of them dies, the game ends. There is no way to revive them. I understand that Capcom is trying to raise the tension but this is just annoying. Especially if you haven't saved in a while. Of course, this brings me to my biggest annoyance. Since you are controlling two characters instead of one, you have double the spots for items, and item boxes have been removed. That seems fair, since you now have double item slots, but this also means you have to constantly drop and pick up items. You could be picking up tons of guns and ammo, then suddenly run into key items, so now you have to choose what you want to leave behind. And of course, with these games, guns and ammo are scarce. Again, I can understand if this was done to raise the tension in the game, but it just comes off as tedious. 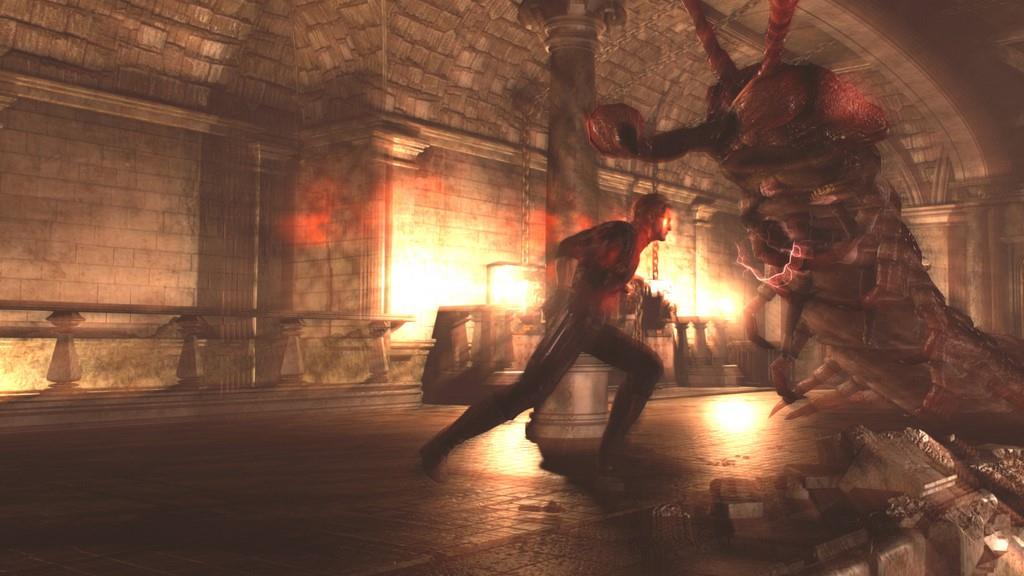 One thing that is important to note is that this game is an HD re-release, not a remake. It's the exact same game you played back on the Nintendo Gamecube. That being said, a lot of the updates in HD are for the better. The game looks absolutely gorgeous. It uses pre-rendered backgrounds, which means that all of the camera angles are pretty much fixed in place with limited movement and change accordingly as you move around. This is also one of the ways Capcom brings the psychological terror—as the camera angles are placed in ways that always draw your attention to a certain area. You never know what's going to be around the corner, so you may find yourself running right into zombies. Jump scares do occur but they are reasonably spaced. This keeps you on your toes as you never know when something is going to come crashing through a window, or if a monster is going to drop down and catch you off guard. 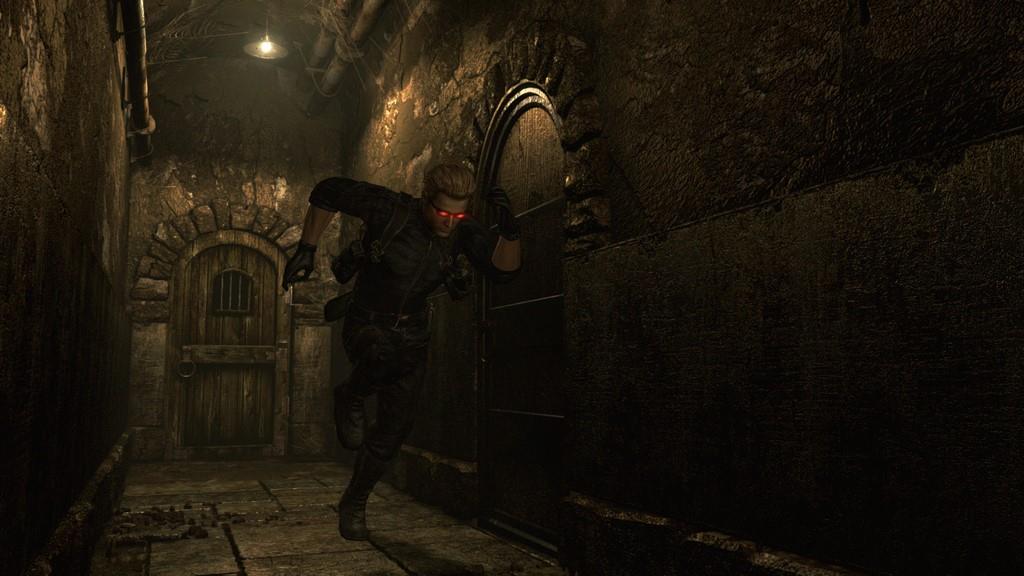 Sound is also important as there is a very limited soundtrack. A wide variety of areas are completely silent in terms of music, so you really need to listen to groaning zombies that may be lurking in the area. The pre-rendered backgrounds can also be frustrating as well. It's hard to properly aim when you need to attack. If you are overwhelmed and need to run away, you may find yourself getting turned around when the camera angles change as you run around corners. Speaking of backgrounds, the pre-rendered backgrounds along with the character models look fantastic in HD. Sadly, the same cannot be said when it comes to the cutscenes. You will go from the beautiful character models and pre-rendered backgrounds to ugly, muddy cutscenes. I understand that it's because this is a game from over 10 years ago, but it would have been nice for them to try to do something with the cutscenes. They don't look any different from what they did back then.

Resident Evil 0 isn't as good as the Remake. But it's still a great survival-horror game and a great Resident Evil game. If you haven't played this game in years, or if you missed out on them back in the Gamecube era, it's absolutely worth checking out. Aside from the in-game cutscenes, the visuals look fantastic in HD. They provide plenty of the cheesy dialogue, puzzle solving, and zombie-killing goodness that made Resident Evil such a great franchise generations ago. Hopefully the Resident Evil 2 remake will be just as good.

Resident Evil 0 isn't a bad game. But compared to the original remake, it certainly is a step down. I can understand Capcom trying new things and increasing the tension, but it becomes tedious more than anything. Either way, it's still a good game and still worth playing if you have never played it before or want to replay it again after so many years.