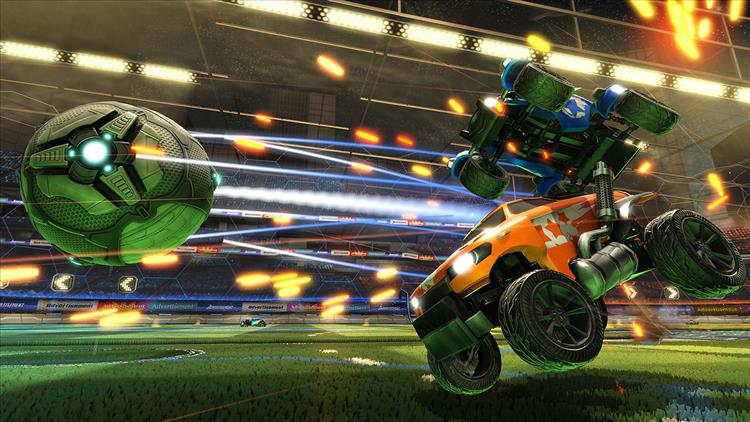 2015 turned out to be a pretty good year for video games. As we approach the end, it's natural to reflect back on all the games we played over the past 12 calendar months. This week, we've been doing just that. Here's a list of our coverage:

Today we are covering the games that snuck up on us, or were better than expected. These were the games that we didn't know about, or that exceeded our expectations in execution and enjoyment.

Randy Kalista
Until Dawn - I’m not surprised that I like Until Dawn. I’m surprised that I like a horror game at all. I’m a spiritually sensitive dude. I have a bad history with Ouija boards, so I just don’t screw with scary stuff anymore. But something got into me this fall. I gave Until Dawn a shot, and, yeah, the game creeped me out. Horror veterans might get more belly laughs than jump scares out of it. But I’ve enjoyed exploring this side of me that, as a rule, doesn’t indulge in horror anything.

The Witcher 3 - I’m not surprised that I like The Witcher 3. I’m surprised that I like a Witcher game at all. I had a half dozen false starts with the first Witcher, and it just never gelled. Knowing what I knew, I still went after The Witcher 2. After a half a dozen more false starts, I still couldn’t get into it. Our editor-in-chief, Chuck Husemann, has been singing the series’ praises since 2007. I just kept wondering what I was missing. But The Witcher 3? Now I’m in love. Like, head over heels. This is what I've wanted from the series all along.

Divinity: Original Sin Enhanced Edition - I’m not surprised that I like Divinity: Original Sin. I’m surprised that I like a 3D isometric role-playing game at all. I grew up playing tabletop RPGs. I’ve never liked min-maxing full-party groups in video games, though. Never liked their claustrophobic stare-at-the-ground-all-day camera angles. But artists have gotten better at giving ground greater depth and dynamism. And I’m finally coming around to the fact that, yes, good stories can exist at an isometric angle. Good stories can be drawn out of too many party members. Divinity has brought me around.

Sean Cahill
Rocket League - Mixing soccer and cars isn't an idea that should fly. But what do we know? Rocket League is fun and took the world by storm. I played match after match on Steam and then on PS4, thanks to PS Plus. I do prefer it on PC because of keyboard controls, but it doesn't matter which version I'm playing. Rocket League is a blast.

Rock Band 4 - I love my rhythm games, whether it's Rock Band or Guitar Hero. Toward the end of their run, Rock Band's depth and fun had surpassed Guitar Hero's. It was Rock Band's extra instruments that did it. I didn't know if we'd ever see another title, but here we are in 2015. While the new Guitar Hero is disappointing, Rock Band 4 is anything but. Carrying over your songs from previous titles makes it worth it on its own, while the revamped story mode and free play is as fun as ever. I'm happy to see Rock Band find a home in this new generation.

The Witcher 3: Wild Hunt - I didn't play either of the previous Witchers, but I was told I didn't need to. So, I immersed myself in a deep and open world that kept throwing enemies at me left and right. Wild Hunt could have made my "Best Games" list, but it fits in nicely here on the "Surprises." I had no real knowledge of the series, but couldn't put this game down as soon as I started playing.

Sean Colleli
Not a Hero - What a wonderful surprise. Roll7’s shooter/platformer is a perfect antidote to the indie scene's pixel-art pretense. A throwback to C64 actioners, Not a Hero is funny and clever in its own right. From the cast of on-the-nose U.K. stereotypes to the daft Bunnylord's randomly generated dialogue, it's is a good time. With rock-solid action, tongue-in-cheek commentary, and ludicrous Brit humor, Not a Hero is Broforce with an English spin.

Jeremy Duff
Need for Speed - Racing games aren’t usually my thing. I knew that I was taking a gamble when I jumped into this year’s reboot of Need for Speed. The more accessible and "arcadey" approach to racing surprised me. The always-online approach may cause problems in the long run, but for right now, it is a ton of fun.

Destiny: The Taken King - I had high hopes that the Year Two expansion for Destiny would be enough to bring me back. At least for a little while. What actually happened was me getting sucked into the world of Destiny more than ever. The Taken King was everything players hoped for. It crafted one of the most enjoyable social experiences in gaming.

Rocket League - Who saw this coming? I didn’t. Rocket League was a game that I knew nothing about, but it has become one of my favorite games of the year. With the game launching soon on Xbox One, I bet there are even bigger things to come as the user base grows even more.

Nathan Carter
Until Dawn - The fact that this had zero promotion for it at launch worried me. Usually when that happens it means a game is terrible. Rented it and, holy crap, it was amazing.

Matt Mirkovich
Life Is Strange - I picked this up on a lark, but Life Is Strange impressed me. I haven't finished it yet, but I'm closing in on the finish. I've enjoyed it immensely. Sure, the story has been all over the place. But I expect it will have an interesting way of wrapping everything up.

Travis Huinker
Rocket League - I couldn't figure out how soccer with cars could keep me interested. Well, it does. Rocket League is one of my favorite gameplay experiences of 2015. Playing just one more five-minute match, along with endlessly rewarding gameplay, makes Rocket League one of my guilty pleasures.

LEGO Dimensions - LEGO Dimensions worried me. How would it fit into the already established toys-to-life genre? Fortunately, LEGO Dimensions made a bold path by heavily incorporating the game portal. Players have to physically move characters around to different quadrants. Also, the various franchises, combined with all their characters, was an impressive feat. Especially considering how well they work together in the narrative.

John Yan
Rocket League - Who knew this simple game of soccer using cars would be so much fun? It's not complicated. Anyone can jump right in and play. The gameplay is fast and rarely gets boring, even if you're down by several goals. Rocket League isn't expensive and provides a ton of replay value. I was truly surprised at how much I liked this game from the get go.

Rob Larkin
Rocket League - This game is so good it really should be in my "Best Games" category. But it was the runaway surprise of the year, so I'll leave it here. It fills a void for me, letting me pick up a few rounds when I only have a few minutes to spare. It's hella fun. Trying to play soccer with a remote control car should be a nightmare. But the controls and gameplay are just forgiving enough to let you jump right in. Yet it also exists with space for expert players to let their skill be justifiably rewarded.

Charles Husemann
Destiny: The Taken King - I wasn't sure if Bungie could elevate Destiny into the game they'd promised. Then The Taken King came out. It restored a lot of my faith in Bungie. The single-player campaign made sense, adding a bunch of content to explore.

Rocket League - Easy to learn and difficult to master, Rocket League was my surprise hit of 2015. I'm not sure who picked the game to be a free PlayStation Network plug-in. But that little bit of curation helped thousands of gamers find this diamond in the rough.

Darkest Dungeon - This was a game that I helped Kickstart but almost forgot about. Once the beta came out, however, I was hooked. A PS4 version is on the horizon, which should lead to Darkest Dungeon showing up on a lot more favorite lists in 2016. I'm also hoping that we get an iPad version next year. The game seems perfect for tablets.

Were you blindsided by any games this year? There must be some we've missed. Let us know.