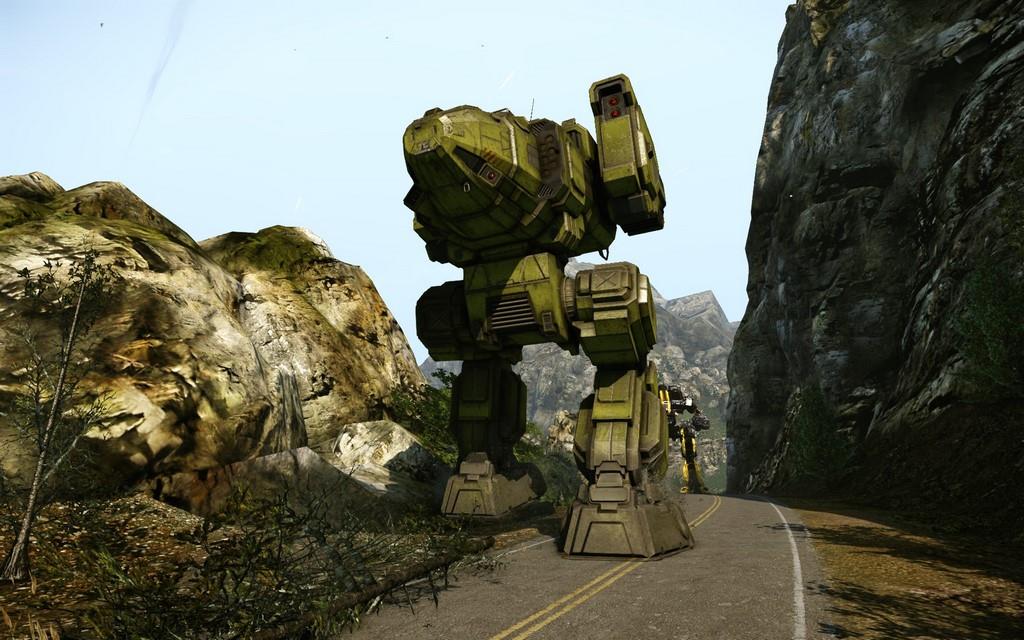 Written by Charles Husemann on 12/11/2015 for PC
More On: MechWarrior Online

If you follow our weekly “What We're Playing” segments, then you know I have been playing MechWarrior Online (MWO) a lot over the last few years. I was one of the early crowdfunders of the free-to-play Mech shooter from Piranha Games. I'd fallen in love with MWO after seeing it at GDC a few years back. It helps that I was a huge fan of the classic MechWarrior PC games that Activision published in the mid- to late-1990s, and MWO is a near perfect re-creation of that series.

How big of a fan am I? Well, I logged close to 150 hours with the open and closed beta, and since the game went live I've played over 1,800 matches. With each match lasting around 10 minutes, that means I've logged around 300 hours. The question I get from a lot of the Gaming Nexus staff is, “Why so much MechWarrior Online?” So, I thought I would take some time to list why I have invested a significant amount of time and money into it.

For the record, I am almost exclusively a pick-up game (PUG) player. I don't consider myself to be a hardcore player. I haven't spent a lot of time with the community warfare portion either. I know that opinions of the game run hot on both sides, but this article is written based on my personal experience.

1. Scratches that giant-fighting-robot itch like no other game
There's no other game on the market that scratches the giant-fighting-robot itch quite like MechWarrior Online. Hawken came out at about the same time, but it was much more arcade-y and lacked the "feel" of large mechs battling it out. There's something about rolling up in an assault mech, firing a large ballistic weapon like the AC/20, and watching chunks of your target mech getting blown off. That's what separates MWO from all of the other mech games out there. Again, none of them really nail that feeling of giant robots battling it out. MWO has a scale that no other game on the market comes close to matching.

This scale is not only shown off in the mechs' firepower, but also in the different sizes of the mechs. Larger mechs can tower over the smaller ones. There is a lot of fun to be had in manuevering a smaller mech in between the legs of several large mechs. Conversely, there's something to be said for rolling up in a 90-ton Atlus and seeing a bunch of smaller mechs scatter.

2. The initial startup sequence
After 1,800 matches I have yet to get sick of the mech start-up sequence. Every match starts with the same automated voice walking you through the steps of starting up your mech, and it always ends with, "All systems nominal." I know it's a bit on the cheesy side, but it always gets me in the mood to play.

3. Mech Variety
There are four classes of mechs: light, medium, heavy, and assault. Each one offers a different gameplay experience. Want to run in between mechs and skim around the battlefield? Fire up a light mech and use it to scout enemy formations and antagonize slower mechs. Want to rain down fire on enemies from afar? Pick a heavy or assault mech and load up on long-range missiles. Want to mix it up in close-quarters combat? Pick a medium or heavy mech and configure yourself with armor and high-powered weapons.

No matter what kind of gameplay experience you want, MechWarrior has options for you, as the game features dozens of mechs. The best part about it is that within each class are a host of different mechs that will match how you want to play. 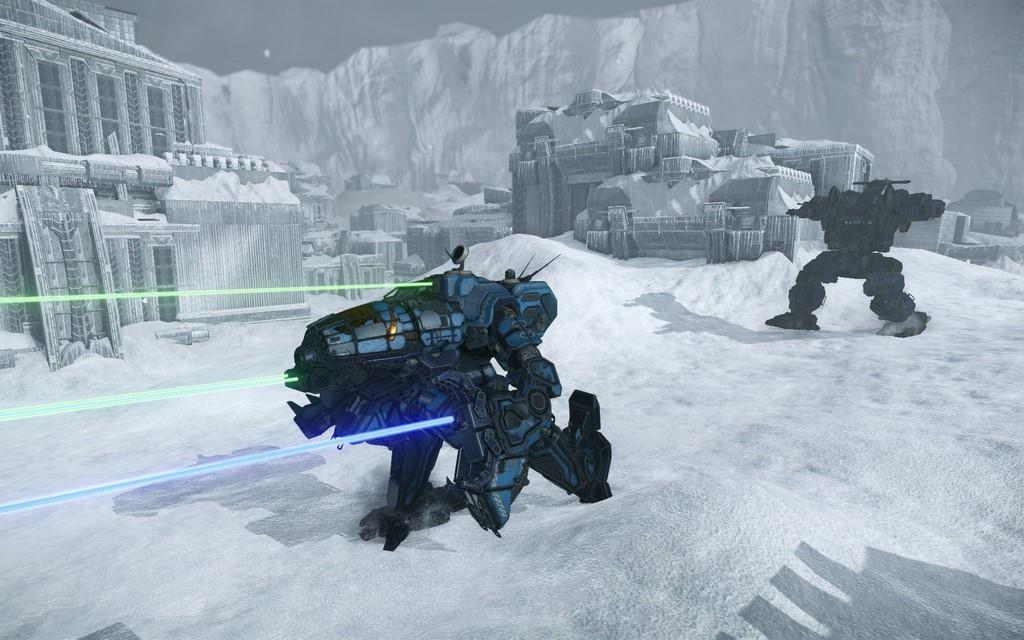 4. Millions of configuration options
I've talked about the variety of mechs, but that's only half the story. The other half is how configurable each mech is. Things are going to get a little complex, but I'll keep it simple.

Each mech can be configured with a variety of weapons, equipment, and armor. There are limitations, though, and those limitiations are defined by the mech class, mech chassis, and variant. The variant identifies a set of hardpoints (where you mount weapons), number of slots (larger items take up more slots), and maximum amount of weight a mech can carry. Basically, the larger the mech, the more hardpoints, slots, and weight it can carry.

The other thing that you have to keep in mind is heat. As weapons fire, they generate heat. If you accumulate too much heat, your mech shuts down which leaves you dead in the water until the heat dissipates or you override the shutdown. Overriding the shutdown will start your mech back up, but if generate more engine heat after overriding a shutdown, then your engine will will die and your mech will explode. You can mitigate heat by adding heat sinks to your mech, but those take up valuable slots and add weight to your mech. 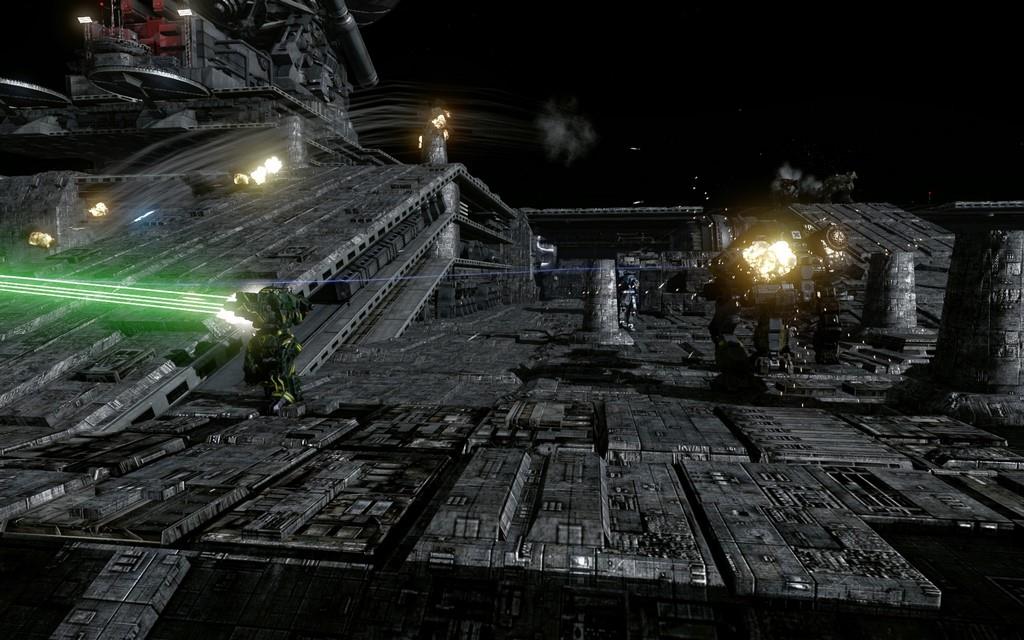 There are other things you have to balance as well, like the amount of armor on your mech, and where things are placed on your mech. If you put all of your weapons on your easily destroyed arms, then you risk being defenseless if your arms are blown off. You also have to watch where you store ammunition, as you will lose ammo if that portion of your mech is destroyed.

This sounds very complex, but the game does a great job of guiding you through the process. You will learn what works best for you. It does take a bit of learning to figure everything out, but once you get ahold of things, it creates an awesome cycle of tinkering, playing, then tinkering some more. There a also a lot of great resources out there explaining how to build some amazing mechs.

5. Good teamwork decimates individual players
Most first-person shooters can be dominated by one really good player, but that's not the case in MWO. One good player will usually be destroyed by a few mediocre players that are able to work as a team. This is largely due to the effort required to take down an enemy. There are no quick kills in MWO. Each kill takes time and strategy, not to mention a bit of luck.

One-on-one matches are exciting. They're usually won by the better-skilled pilot, but the best pilots make sure that one-on-one matches never happen, as they stay in packs or lure individual enemies out so they can be ganged up on by multiple mechs. One of the core gameplay mechanics of MWO is making sure that you never engage your opponents in a fair fight.

The one exception to this rule is scouts. Scouts run ahead to target enemy mechs for missiles, and to let the rest of its allies know what the enemy team is up to. Even then, a good scout will run in, figure out what's going on, target a few enemies, and then try to lure a few suckers out so that they can be dispatched by teammates.

6. Winning isn’t always about wiping out the other team
MWO currently has four main gamplay modes: skirmish, assault, conquest, and community warfare. Skirmish is a straight out destroy-the-other-team affair, but the other modes add strategy to the mix. In conquest, for example, the goal is to capture and hold points. Owning control points earns you points, and the first team to earn 750 points—or eliminate the other team—wins. Where this gets exciting is when one team has most of the points but lost most of the mechs in the process. This leads to some exciting final moments, like when one or two lone mechs from the team are hunted down before they can hit the score limit.

Assault mode takes the skirmish mode and adds a base for each team to defend. While it doesn't sound like much, I've seen matches where a group of light mechs will sneak around the opposing team and capture the base before they have a chance to get back to defend the base. I've also seen situations where a lone mech is sacrificed to create a feint on the base, which causes valuable mechs to be pulled away from the primary fight, causing the main fighting force to be overwelmed. 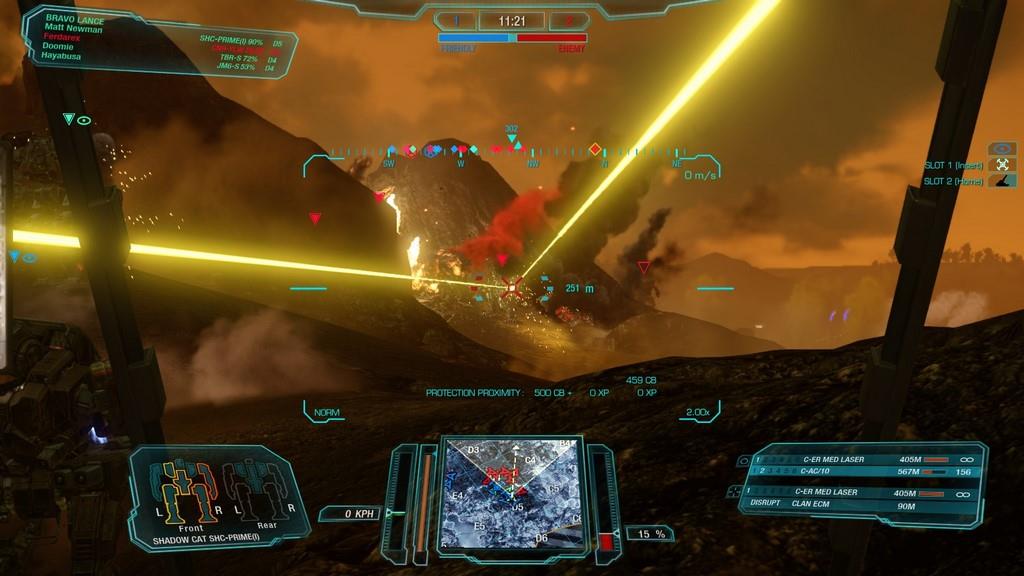 Finally, in Community Warfare, the two sides are split into groups attacking and defending key objectives.

7. Nearly zero troll population
I've been playing MWO for over three years now, and I can count the negative incidents with trolls on only two hands. Outside of some of the usual "you aren't playing the way I want you to play" types of messages, I've only seen about five or six instances where another player has team-killed a fellow player or done something that negatively impacted a team.

I'm sure that these things have happened, and Pirahna did ban a bunch of accounts for using an exploit awhile ago, but I've personally never run into the kind of negative experiences that I've seen in other online communities.

These matches are meaningful because each mech gets a bonus on experience points and C-Bills for it's first win of the day. So, while one match doesn't seem like a lot, it might be enough to get a quick win and score some extra points to rank up a mech or earn enough C-Bills to upgrade your mech.

There you go. Eight reasons why I love MechWarrior Online and why you might want to check it out now that it is available on Steam. I will warn you that the game is difficult to learn and even harder to master. MWO can also be super grindy at times, especially at the start when you're trying to earn experience points and C-Bills to upgrade your first few mechs. That said, the game is unique in the market, and I'm hoping that the Steam release brings more players into the fold.