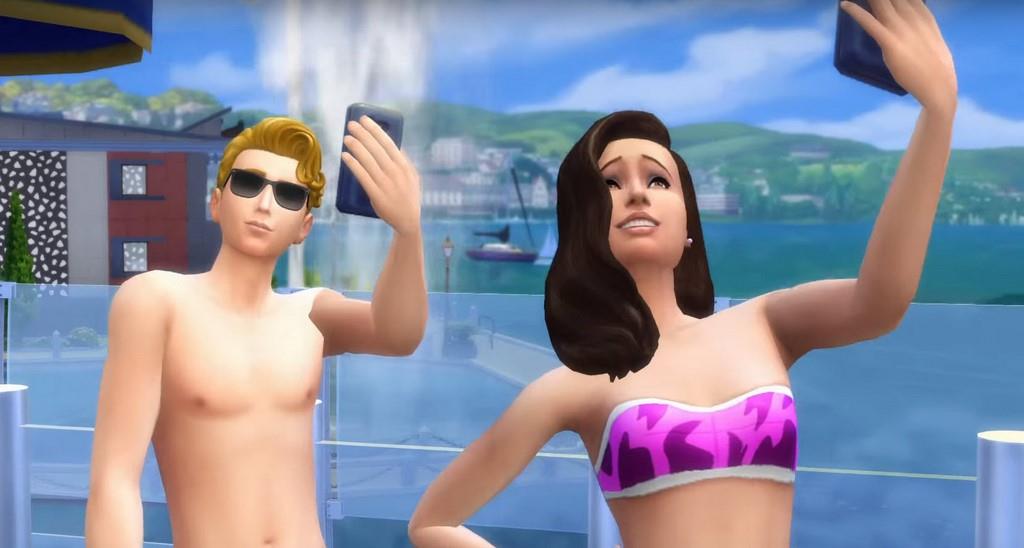 The Sims 4 Get Together

Get Together is the second expansion pack in The Sims 4. Naturally, it focuses on ways to get your Sims together. It does so by by adding clubs and by adding the dance and DJ traits, the world of Windenburg, and a wide assortment of new Create-a-Sim and build-mode items. On the surface, the new content doesn't appear to contain as much as the previous expansion pack, Get to Work. But, to my surprise, the clubs introduced in Get Together add a great deal more than I first thought.

Clubs
The game calls them clubs, but after playing with the expansion pack for awhile, I viewed them more as instant social groups of like-minded Sims. Players are presented with a new clubs icon in the lower right menu, allowing them to both join and create clubs. The latter is the more interesting choice, with all the customization options. At their core, clubs have two sets of values (both of which have a max of five items) in which they detail what members are suppose to do and not do during gatherings. In a book enthusiasts club, Sims may focus on reading books and drinking coffee, while another club that loves music might sit around and play guitars. Some clubs might require certain values to be met before joining, such as having a trait level high enough in a certain category, like guitars or video games.

The depth at which the values can be customized is what makes the expansion pack such an interesting and exciting gameplay experience. Values are sorted in various categories ranging from social and outdoor to hobbies and games. Pretty much any activity you can imagine happening in the Sims 4 can be set in club customization. Do you want to design a club around Sims that sit around and play video games? Easy. Or maybe a club designed around getting into fights with other Sims while also enjoying yoga? Yup, that's possible. My only gripe with the club system is that you can only be a member of up to three clubs at once. Thankfully, this is solved by creating your own club and changing its values at will.

As with other activities in The Sims 4, players gain points for spending time with club members and completing desired club activities, which can, in turn, be spent on unlocking perks and other items. Perk unlocks range from club vibes that can be set, such as flirtatious or angry, to clothing and furniture items to display your club's emblem. Other rewards include special club handshakes and upgrades that allow for more members to join. Gaining points is simple. Players shouldn't have much trouble fully upgrading their club in a few hours.

Beyond customizing your own clubs, the major gameplay feature introduced is the ability to instantly begin and end gatherings. A single button press from the clubs menu enables players to have all their club members instantly join them at either the designated club hangout or their current location. The gather feature, in combination with numerous objects that now having a "together" option, make both gathering and performing activities together the easiest it has ever been in the history of the Sims franchise. No longer do players have to individually click on various Sims to join them in a hot tub. Now, all it involves is clicking the "get into hot tub together" option on the object, and the game does the rest for you.

Dance and DJ
It wouldn't be a Sims expansion pack if it didn't include new traits. This time it's dancing and DJing. While dance has been in The Sims 4 since launch, it's now a fully upgradable trait with new moves that can be acquired with each earned level. The larger focus of the dance trait in Get Together is dancing with groups of Sims, both in formation and dance battles. They look absolutely great in-game, with some of the best Sims animations I've seen in awhile. At the early trait level, Sims try their best with impressive dance moves, but more often than not end up looking like what I do when attempting to dance in public (which I never do). When maxed at level 10, Sims move flawlessly across the dance floor, reminding me of John Travolta's moves in Saturday Night Fever.

DJing, on the other hand, is more about hyping the crowd with sweet beats and drops to keep them dancing until the early hours of the morning. At the early trait level, Sims produce some ear-covering mixes. When the trait is max level, Sims can produce their own mixes and even license them for profit. In addition, max level DJs can customize their booth and mix table, with upgrades such as lasers and animated screens. Daft Punk wannabes even get their own DJ helmet at max level to truly step into the role of a famous disc scratcher and mix creator.

Windenburg
Get Together also includes the new world of Windenburg. The developers modeled it after various European cities, in both the layout of its districts and architecture of its buildings. Windenburg is by far the best world that has been added to The Sims 4, in terms of aesthetics and lot variety, which have also received an upgrade in maximum size. Immediately after installing the expansion pack, I built a new house in Windenburg, moved my household over to it, and haven't once regretted leaving Willow Creek behind. The great thing about Windenburg is its various districts, including a downtown area, countryside, ruins, and even an island with beach front properties.

The only element that's keeping Get Together from being the perfect expansion pack is a somewhat lacking collection of new Create a Sim and build mode items. While the new items are worthy additions to the overall game, I was hoping for a greater number and variety. Compared to the Get to Work expansion, I've had a much more entertaining time with Get Together, mainly for its focus on improving the core gameplay experience of gathering Sims together and performing activities. In addition, the dance and DJ traits are fun to learn and even more entertaining to use in group settings. Lastly, the new world of Windenburg is the perfect place to move to for players that have been getting tired of their current house location and are in need of some place with more visual variety.

The Sims 4 Get Together follows Get to Work's trend of providing both worthwhile and entertaining content. Get Together goes a step further, however, by improving the core gameplay experience of gathering Sims together with the new clubs feature. In addition, the new dance and DJ traits and world of Windenburg round off a great package of content.