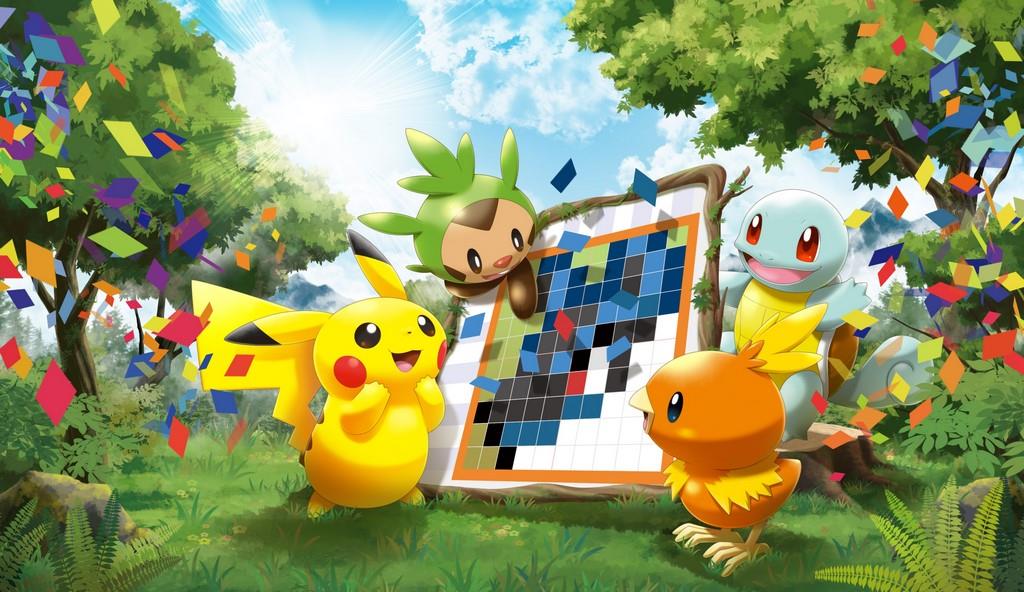 Picross, also known as nonograms, has been around for a while in both print and in video game format, the first of the latter coming in the form of Mario’s Picross on the original Game Boy back in 1995.  The goal of Picross is simple; create a picture within a grid of blocks by using the numbers next to the rows and columns as guides.  Each number represents how many consecutive blocks in that row or column should be filled in.  If multiple numbers exist for a row or column there will always be at least one empty square between each set of filled in blocks.  Nintendo has recently released a new version of the game called Pokemon Picross, so let’s see if it’s as good as the past games.

When you first start the game you get a tutorial on how Picross works in general, mainly just a few simple puzzles to get you started.  After that you move onto the real thing by creating pictures of different Pokemon.  After you complete a picture of a Pokemon you “capture” it and add it to your team.  This is where the game begins to separate itself from standard Picross as each Pokemon has a unique ability it can use during puzzles.  There are around a dozen or so abilities and each one is typically tied to a couple different types of Pokemon (ie. Blue Force is used by water and ice type Pokemon).  Each Pokemon’s ability can be used a certain number of times per puzzle, some can automatically be used at the start of a puzzle or during it while others you have to active yourself.  There is also a restriction on how big the puzzle can be for you to use the ability, and some Pokemon have a cooldown on their abilities, typically an hour or so.

Once you get past the tutorials you also get introduced to two other mechanics that will play a big role in the game: picrites and the energy meter.  The energy meter is interesting and kind of annoying early on before you upgrade it.  It starts out at 100 and can be increased in increments of 100 by spending picrites.  Every time you fill in a box in a puzzle (not when you put an X in it, but fill it in) you lose one energy.  If you reach zero energy you have to either wait for it to recharge at a rate of one energy per minute, or spend some picrites to recharge it.  Before starting each puzzle it will tell you how much energy is required to complete it, so if for example a puzzle says it needs 50 energy, that means there are fifty blocks to fill in, but naturally any mistakes will cost you more energy in the end.

As for picrites, they are the game’s currency used to purchase a few things, namely extensions on your energy meter (more on that in a moment), unlocking new areas, and to give you the ability to use more than one Pokemon in your party.  Early on you’ll earn quite a few picrites as you learn how to play the game and the game will even give you enough to make you purchase the first party member and energy meter upgrades to show you how they work.  Earning them beyond that is typically done by either completing missions or earning medals. 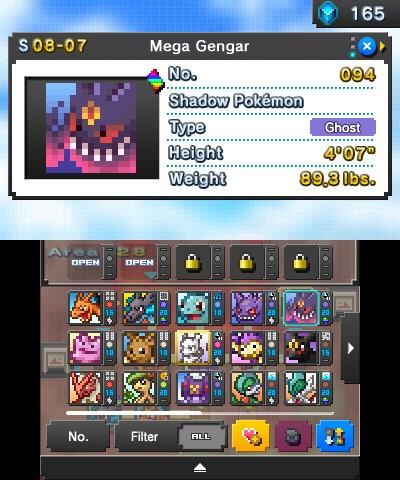 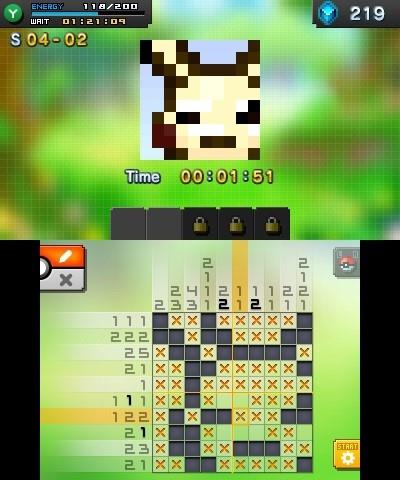 Most puzzles (outside of tutorials) will have around three to four missions (the last being competing each other mission at the same time) which usually consists of completing the puzzle within a certain time limit, using (or not using) certain Pokemon, and using (or not using) certain abilities.  These will earn you a picrite or two as well as a mural tablet.  As for the medals, they’re basically the game’s achievements and earning a medal will earn you a few picrites.  However, there is a catch to the picrites and it revolves around the game being “free to start”.  If you run low on picrites to the point you can’t progress at all for one reason or another, you can purchase picrites with real money.  I’ve seen a couple official websites say that doing this isn’t required to play, so I thought I’d put that to the test.

My goal was to see how far I could get by only spending picrites on unlocking new areas (outside of the forced purchases by the tutorial).  While I did get about a third of the way through the game, it was also a very boring experience at times.  The main reason for that is only having 200 energy (the game forces the first upgrade on you), meaning I could only do a few puzzles before I had to wait a bit to regain some energy.  It also meant I could only have two Pokemon in my party at a time, meaning I could only have two abilities making some puzzles more difficult.  Unless someone has found a way to gain enough picrites in the game itself to unlock every area, you will have to spend money to fully explore the game. 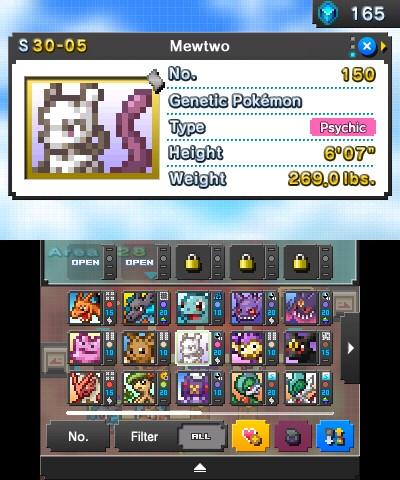 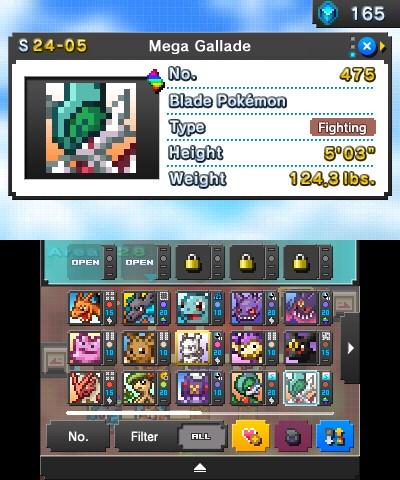 However, there are a couple of incentives to spending money.  In the picrate shop you can purchase various amounts of picrites, the most being 4000 for about $25.  If save up a total of 5000 picrites you’ll be able to come back to the shop and give yourself 1000 picrites for free at any time.  This will run you around $32 if you it at the start.  However, you can also go ahead and upgrade your energy meter to level five which gives you unlimited energy as well as unlock the rest of your party slots so you can use a max of five Pokemon per level.  This makes the game incredibly easier as you can now set five different abilities, or stack the same ability multiple times to make it more effective.

Just when you think you have Picross mastered, the game introduces a new way to play called Mega Picross.  It works very similar to basic Picross except some rows and columns will have a number that takes up two rows or columns.  It’s hard to explain but let’s say the first and second rows have a 5 covering both rows, then row one has a 2 after that.  What this means is that there will be five blocks connected between those first two rows, then on the first row after that will be at least one blank space and another string of two blocks somewhere.  It’s hard to explain and can be difficult to understand at first.  I had to do a bit of research on the subject as the tutorial confused me a bit, but that’s probably just me.  It’s an interesting challenge and can be enjoyable, if not confusing at times. 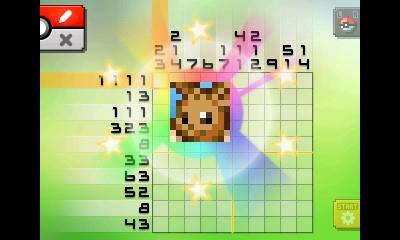 With all of that said, I really enjoyed Pokemon Picross.  It’s taking two things I really enjoy and mashing them together.  There are a couple of nuances, mostly minor.  Picross purists who might not want to use the abilities of Pokemon at first will find some puzzles a lot more difficult than others as starting points can be hard to determine.  It also doesn’t help that you might come across a difficult puzzle early on, but then the next several are incredibly easy making the difficulty kind of swerve around a bit.  The other issue goes back to spending money.  Unlike Stretchmo where you have the demo and can then spend a bit of money on different level packs, here you have to spend around $30 to fully experience the game outside of the first third.

What would have made more sense to me was to get rid of the picrites, then once you’re done with the tutorials and maybe the first area, offer a few more areas at a small price, similar to Stretchmo.  The good of the way Pokemon Picross is done however is that players can get a decent way through the game without spending any money and if they don’t like it at that point, they’ve lost no money.  It’s one of those situations where you can’t please everybody and people will point out the negatives no matter which method is used.  For me, I enjoyed the game, but there were a few things I could do without.

Pokemon Picross is a fun and interesting way of playing Picross, but I can see how some elements might turn a player off to the game.  If you opt to not spend any money, the experience can get rather boring as you can only do so much at a time before you have to wait a while to continue.  Still, the fact that you can get close to a third of the way through the game at no cost makes it worth at least checking it out, but I feel that things could have been done better.