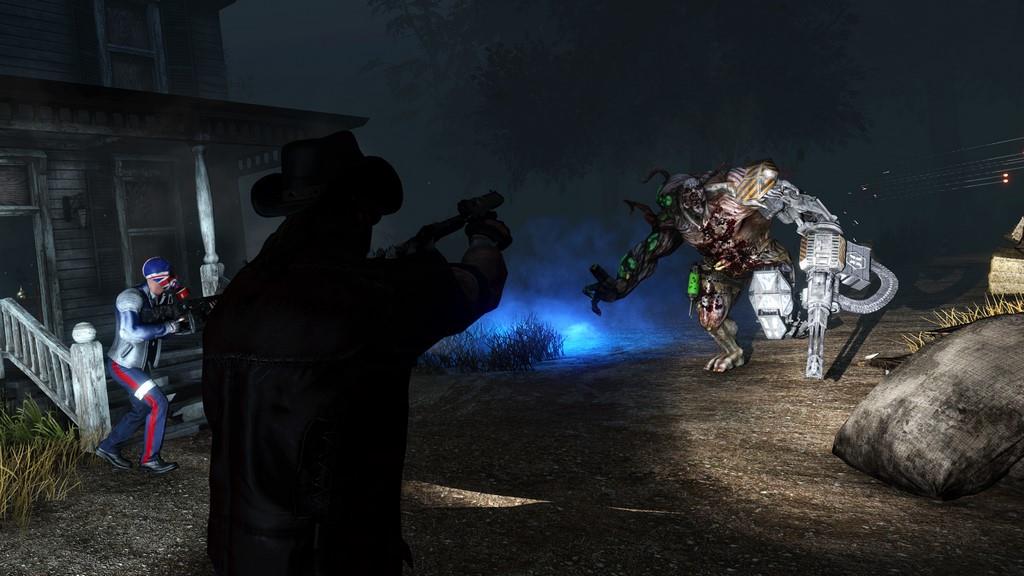 Killing Floor 2 - Return of the Patriarch

Killing Floor 2 is getting a new update soon and with bring with it a new perk, new guns, new maps and the return of a boss from the original Killing Floor. I got a chance to check out some of the new content and I can say that all of this stuff is just going to make an already great game even better.

The Gunslinger perk will allow you to dual wield a variety of pistols. You will start out with dual revolvers which even as default weapons, can pack quite a punch. I found that they are especially useful when the game slows down as you can take down enemies with one or a few shots if you go for headshots, plus they are easier to aim when it slows down. There are two other new guns you can purchase as well. The second are Desert Eagles which can pretty much one hit kill and seem to reload faster than the other guns. The Magnums are the late game, big purchase guns that use the same ammunition as your default revolvers so if you are going to buy the Magnums, make sure you sell the revolvers right away. At the trader pod you have two options when it comes to the gunslinger tree. You can buy the weapons either by themselves or you can buy the dual version of them. Of course if you are going to go with the single gun you only have six shots as apposed to twelve if you are dual weilding, but reloading is faster. The Gunslinger perk also includes a perk specific weapon as well, the nail bomb. In terms of skills, there are ones that allow you to shoot faster and eventually reload faster which would be extremely helpful. There are also skills to pierce through extra Zeds and gain damage boosts for consecutive headshots. 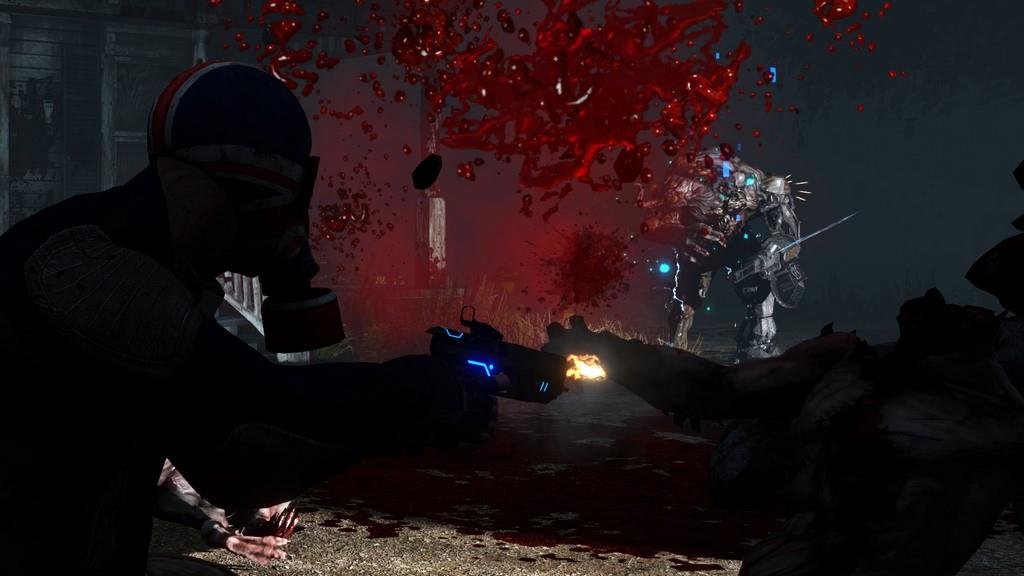 The update also includes two new maps as well. The first map is a somewhat small map called Farmhouse. On this map there are two central locations, a farmhouse and right next to it is a barn. The farmhouse itself is two stories and is pretty big inside. The rooms itself are kinda small but there is room to move around and this is a pretty good spot for you and your team to hang out as you can see exactly where the Zeds are going to come from. The farmhouse also contains a basement which is a pretty good spot to hunker down as well. The barn itself however is a death trap, stay away from it. The floor of the barn has some space to move around and the upper floor of it is more cramped. The reason I say to stay away from the barn is that there are only two entrances to it, however Zeds can come from all directions and can drop down on you from above if you are on the top floor. It is very easy to get swarmed by Zeds with no way to make an escape. The bottom floor of the barn could be covered with Zeds meaning you would pretty much be committing suicide from dropping down. That and there is only one way to the top floor which is the stair case which can get congested in a hurry.

The second map is called the Black Forest and it is gigantic. The Black Forest will start you out near a small, cramped and run down two story cabin. This is a decent spot to hunker down for the first wave as you can get the drop on Zeds that approach you from the missing wall in the front, and the stair case from the bottom. Like I said before, this map is huge, so you won't be staying in one place for long. The biggest difference between Farmhouse and this map is that while Farmhouse is small, there is plenty of space to move around to distance yourself from Zeds. Black Forest is the exact opposite. It takes place out in the middle of a forest and it is cramped as hell. the forest features really narrow paths to get from area to area with a couple of caves in between. Sometimes you will be sent on marathon sprints from one side of the map to the other to get to a trader pod. Seriously, in this map you NEED to stick with your teammates at all times. Going off on your own is suicide. It's incredibly easy to get lost and there are also a lot of tight spaces where Zeds can corner you and will kill you in no time. There are parts of the map where there is some space to move around, however these spaces are out in the open and Zeds can come at you pretty much from any direction. The map also takes place at dusk (or dawn if that's how yous see it) and there is fog which will obscure your vision. Not all trader pods have locations nearby that you can take cover in so you need to be on your toes at all times. 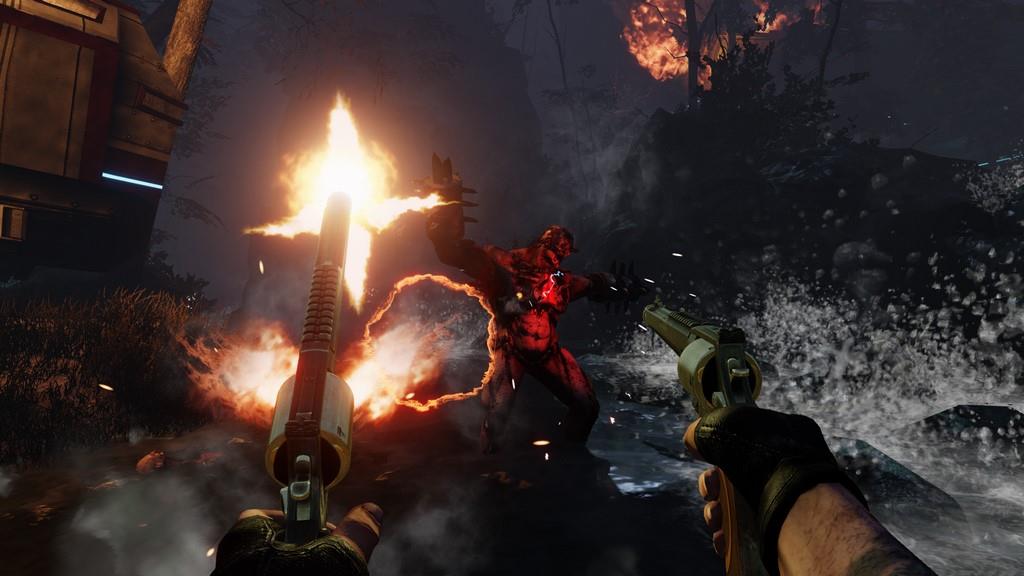 Finally, just as the name implies, this new expansion will see the return of the Patriarch boss from the original Killing Floor. Just how much of a beast is the Patriarch? Well, imagine if you combined the Cyberdemon and the Spider Mastermind from Doom into one monster. His attacks include a Chaingun which will absolutely shred you if you stand in it's range, a rocket launcher which he can either shoot directly at you or into the sky to rain rockets from above, a melee bash and a tentacle which he can use to pull you towards him. To make matters worse, he can also cloak himself once the Zed wave comes in. Once the Zed wave dies, he can appear anywhere. Seriously, make sure you are absolutely loaded for bear before fighting him. You really have no time to screw around with him. He is a pretty difficult boss and a great addition to the game since Hans Volter was the only boss up till now.

There were some under the hood adjustments and upgrades as well. For starters, the main menu now has tabs on the top of the screen where you can select your perks, character, gear and access the store. Im not sure if these are content drops that happen in game but I unlocked some kind of yellow ski mask. On the store side of things, it appears that there are cosmetic skins and other items that are available via direct purchase. One of items were these USB keys which were $2.49 a piece but I dared not buy them so I have no idea what those are for. I guess when it comes to microtransactions, everyone is going to have to decide whether or not you want these items and whether or not you want to spend real work cash on them.

If you have been playing a ton of Killing Floor 2 like I have, all of this content is just more reason to keep coming back and to keep the Zed genocide going.