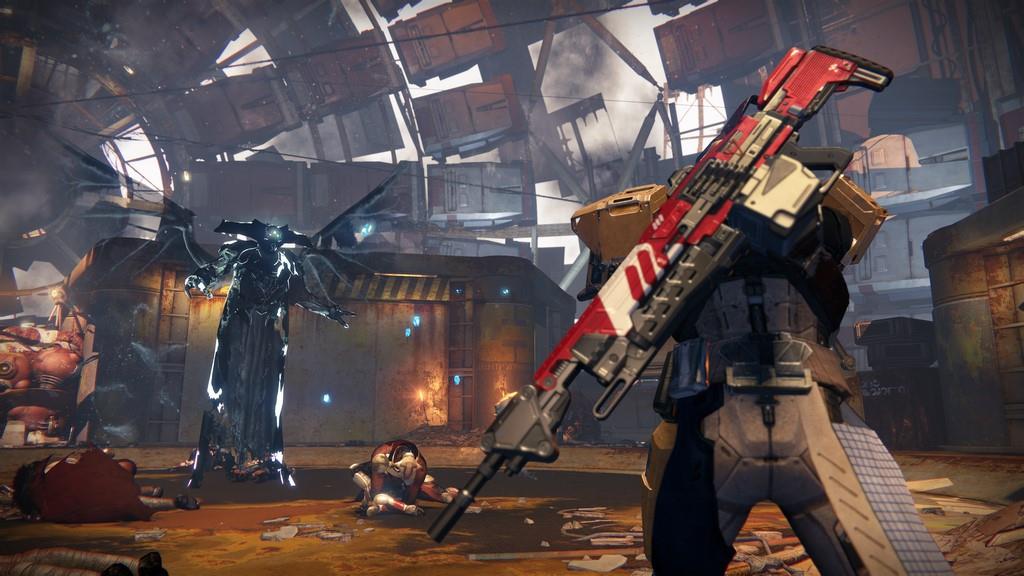 Did you know that Nathan Fillion was in Destiny? I would guess that unless you played the Hunter class or read the early press releases, you probably didn't know that he was one of the main voice talents in the game. That's a shame. I'm sure the folks at Bungie paid him a good chunk of money for his vocal talents.

While The Taken King (TTK) is technically the third Destiny expansion pack after The Dark Below and House of Wolves, TKK is significantly larger than the two previous expansions—and actually feels like a true expansion pack. The two previous packs, while decent, didn't add much to the overall game other than a handful of new missions and some new multiplayer content.

The Taken King is a revenge story and takes place after the events of the first game and the two DLC packs. From a narrative perspective, I don't think that you have to have completed the main game or expansions, but it does help fill in some of the gaps. OK, I almost said that with a straight face, as those who really understood what happened in the main game are few and far between.

The gist of the story is that Crota, son of Oryx, was killed in the first expansion. Actually, he was killed repeatedly (probably several thousand times a day) as he was the only raid content that was available for awhile, and Guardians needed a break from killing Sepiks Prime over and over again.

Anyway, Oryx has come to our galaxy to avenge his son, and camps his massive dreadnought in orbit around Saturn. Mara Sov, the Queen of the Rift, takes a fleet out to intercept him and is promptly obliterated by the dreadnought's massive gun. It's a gun so so powerful that it creates a gap in the rings around Saturn. It's never explained why Oryx stops at Saturn and doesn't keep going to Earth. I'm sure it has something to do with the Traveler which is hanging in orbit above the city. But now it is up to you and your fellow Guardians to defeat Oryx and keep humanity safe. 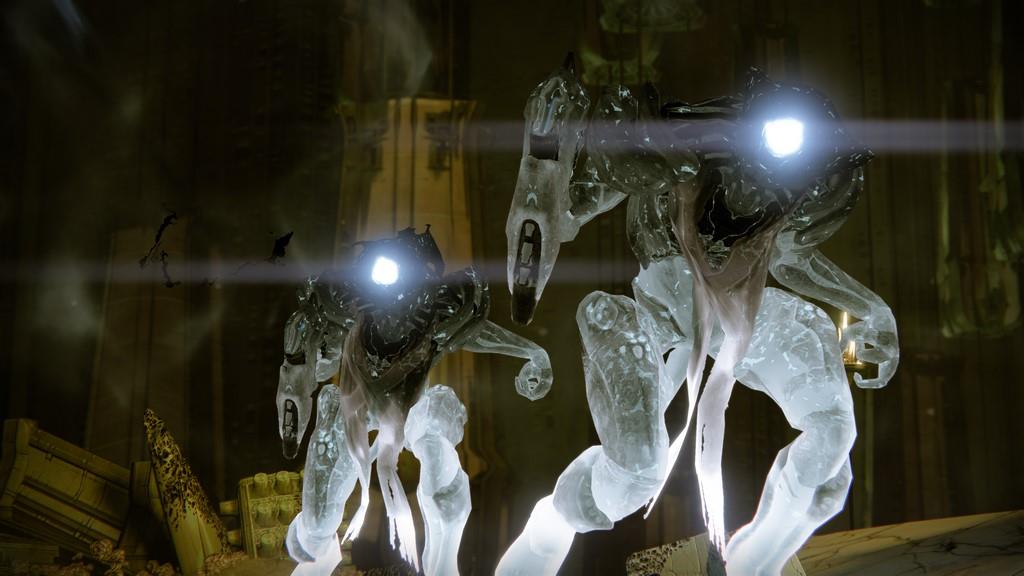 Let's get this out of the way first: TTK is a much more cohesive story than the original game and features remarkable things like character development and personality. I know that's a low bar to hop given the meandering plot of the original campaign, but, with The Taken King, Bungie proves what it can do when it has more time to write and flesh things out.

Like most DLC, TTK allows the developer to try new things with the gameplay. These are things that did not make the cut for the original game or that weren't completely baked at launch. There's actually a stealth mission in the game. That's right, there's a stealth mission in a game that is largely known for being a straightforward shooter. I played through most of the single-player campaign with fellow writer Jeremy Duff, and we were amazed by all of the subtle and not-so-subtle gameplay changes.

In addion to new gameplay, TTK also features some new enemies to fight. Haters will say that the new enemies are just palette shifts of existing enemies. While they are kind of right, the Taken have all-new abilities that make them much more dangerous than the enemies they are based on. It was also nice to fight battles against representatives from each of the three major races at once, rather than fighthing them one at a time, or peeking in on a battle between two of them. 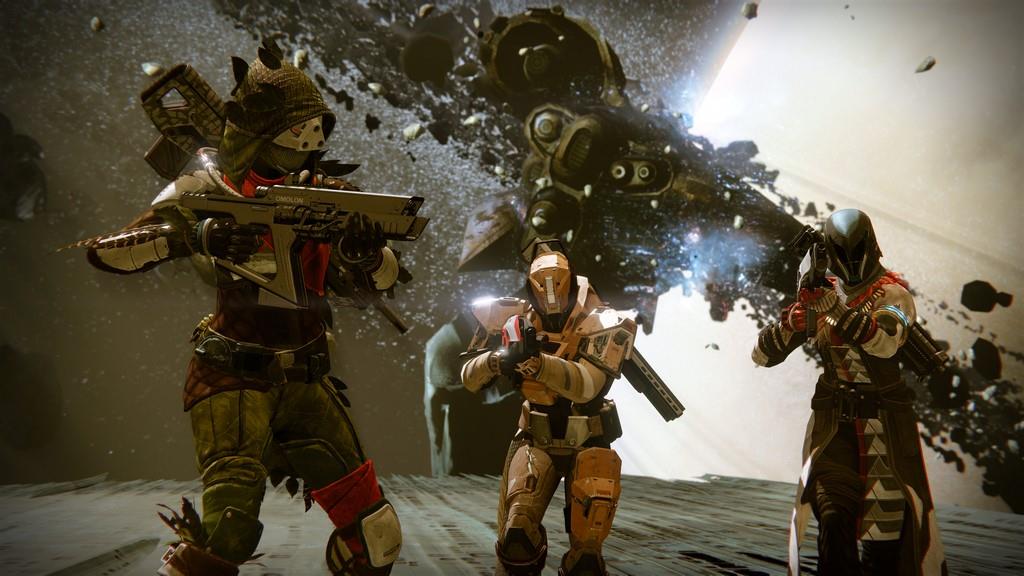 Unlike the first two DLC packs, the fun isn't over when you finish the single-player content. As soon as you finish TTK's main campaign, the game unlocks a bunch of new activities and missions. After defeating Oryx, I was shocked that it seemed like there was a few weeks of additional content to complete.

That's not all, as TTK also updates the existing raids and strikes by adding random Taken elements to them. The missions don't change much, but players that are stuck grinding the same old raids and strikes will find a few surprises here and there. It was a bit of a shock to run into a host of Taken enemies during one of my Sepiks Prime grinds. 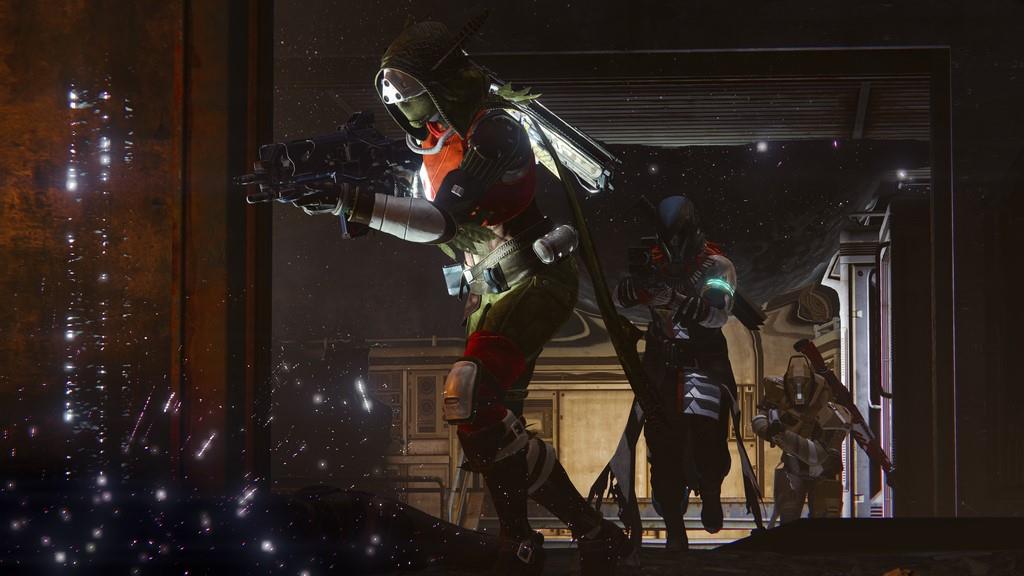 Bungie has also scattered all kinds of puzzles and things to explore across the Dreadnought. There's one area where you can summon various levels of bosses. I'm sure that it's been mostly explored, but I have a feeling that there are more things to come. There are also all kinds of new weapons that are being activated as the game progresses. We are a few months after the release of TTK, and I'm not sure that gamers have yet discovered everything Bungie tucked away.

TTK also provides each class with a new subclass to build up. I really dug the solar attacks in the new Titan sub-class, as they really mixed things up again. It was a bit of a bummer to have to level up a new sub-class, but it wasn't too painful.  The new classes are great in that they really help make you feel like a bad-ass when you fire them up.

The Taken King really does show you what Bungie can do when it's given enough time to polish and ship a game. It would be easy to ask why the original game didn't have this level of quality, but shipping an expansion pack is trivial compared to shipping a brand-new IP. It's also worth noting that Bungie used a lot of the first-year feedback from gamers to make TTK a great product. I just hope that this is the new bar that Bungie sets for itself for all future Destiny content.

The Taken King shows off Destiny's full potential. This is a must have.