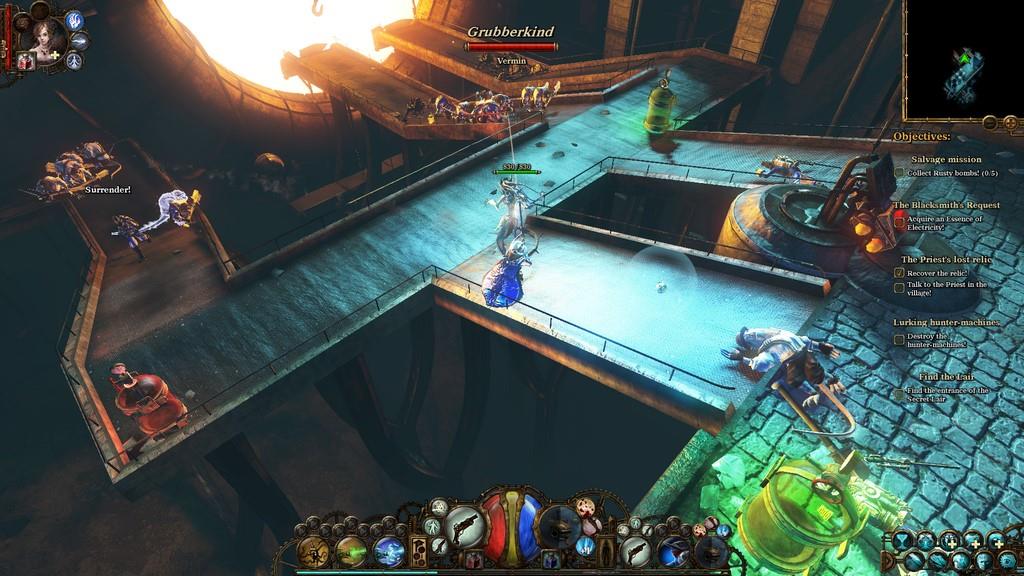 Written by Travis Huinker on 1/5/2016 for PC
More On: The Incredible Adventures of Van Helsing: Final Cut

Budapest-based developer NeocoreGames has outdone itself. The amount of content in The Incredible Adventures of Van Helsing: Final Cut is staggering, to say the least. Final Cut combines the entire Van Helsing trilogy, plus all of the downloadable content, into one giant package. The Final Cut also revises the entire experience to make the content more compelling. The three campaigns now flow flawlessly into one another. Fans of action role-playing games such as Diablo will be right at home with Van Helsing. It contains the genre's primary elements, with endless monsters to slay, loot to collect, and quests to complete. If the campaign isn't enough for players, the developers added an endgame that provides an endless amount of quests and daily challenges. When all put together, Final Cut ensures a near-continuous supply of content.

While I enjoyed each of the original games individually, there is something to be said about the experience when all three of them are combined into a single overarching narrative. At the 20-hour point, I had just reached the third part of the campaign, just to give you a sense of the lengthy narrative in Final Cut. The cohesive nature of all three campaigns deserves praise. It's also possible to go back and complete quests you might have missed. Also, the revised class system ensures that the six playable classes span the entire narrative, along with their sprawling class trees with hundreds of skills to unlock.

Once players access the Hunter’s Lair, which is a base of operations, the quest options expand even more. Tower defense mini-games, and other such side quests, become available. They provide a nice change of pace from the narrative. Players looking for a gothic-noir-inspired story that is filled to the brim with monsters of all sorts—not to mention the impossible-not-to-love companion—will be in for a treat. The cinematics provide one of the more interesting narratives in recent role-playing games, along with a compelling backdrop to slaying monsters and collecting loot. Your continual companion, Lady Katarina, is a bad ass ghost fighting by your side. She's also got a great sense of humor and is essential to the story's progression. 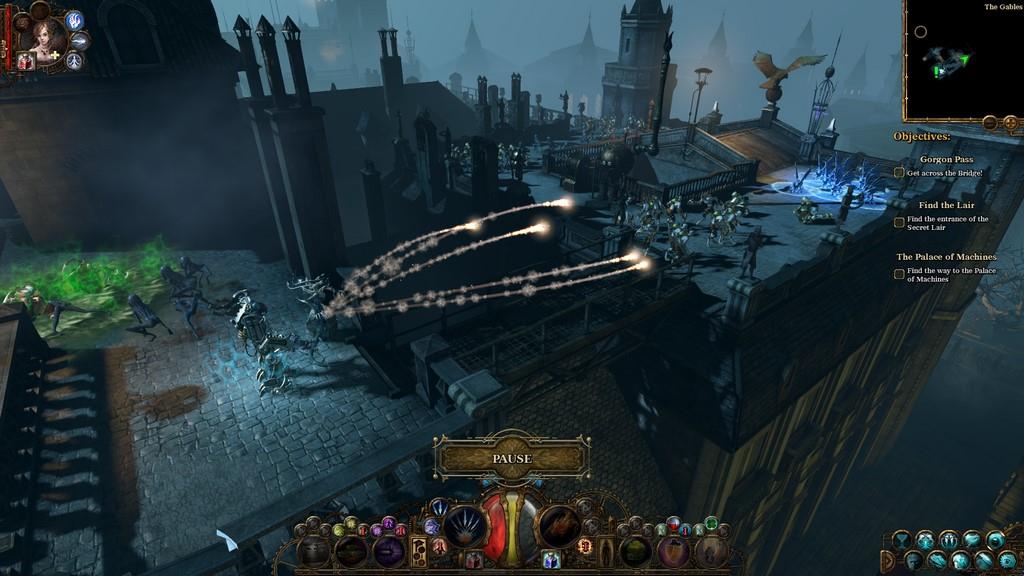 Another highlight is the underlying quest to save the land of Borgovia. While the world in the first campaign isn't anything drastically different from other action RPGs (with forests and underground caverns), the settings grow more and more fantastical. Players will travel to a variety of locales ranging from snow-covered mountains to rain-drenched swamps. In the second and third campaigns, players travel more frequently to obscure locations that are a result of twisted science and dark ink magic. It's never a dull experience to explore new places in Borgovia. Around every corner, new monsters and loot awaits.

For players that that have completed the campaign, or want to switch things up, you can switch to the Scenarios mode that functions as an endgame content hub. There you'll be given a variety of quests and challenges that range both in difficulty and special conditions. Some quests, for example, might require them to be completed without dying, while others have time limits. One quest in particular transformed my character into a chicken when I strayed outside certain areas of the map. These quests change daily or can be manually reset using an endgame currency. Either way, players are continually given new quests to complete. My only complaint is that some of the challenges feel unfair in regards to their failure conditions. Plus you'll have to get used to the recycled environments.

With a new level cap of 100 and plenty of endgame quests, players will find a near-endless amount of entertainment in Final Cut. Even after my review, I'm still returning to it, seeing what new challenges wait for me every day. I'm also replaying the campaign with each of the six character classes. Each is unique when it comes to skills and loot. But be careful. Hours of your day will slip away while exploring the land of Borgovia.

The Incredible Adventures of Van Helsing: Final Cut is an outstanding action role-playing game. It sets itself apart. The significant amount of content, and the entertainment value, makes for a game that will eat away hours. With a near-endless supply of quests to complete, monsters to slay, and loot to collect, the adventure to Borgovia shouldn't be missed.