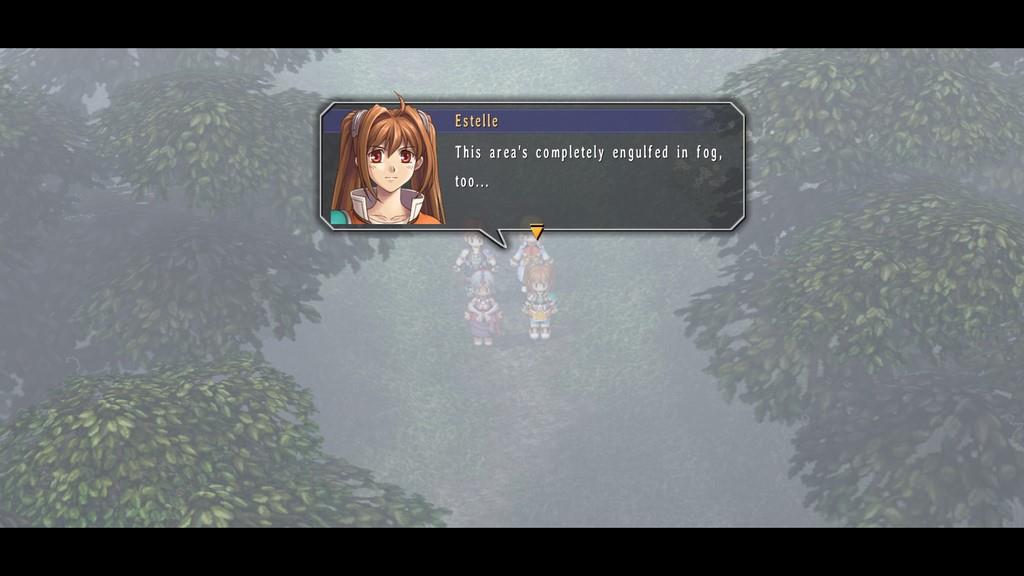 The Legend of Heroes: Trails in The Sky SC

Written by Matt Mirkovich on 12/15/2015 for Vita
More On: The Legend of Heroes Trails in The Sky SC

Picking up immediately after the end of the first Trails in the Sky, Second Chapter drops you right back into the boots of Estelle Bright, and Joshua has left. Right off the bat, it’s a pretty depressing start; it's both surprisingly emotional and really well written. Estelle is at a loss with Joshua gone and it really shows, but she’s got a strong supporting cast that knows how important he is to her. They’re all there to help in some way to drag him back to the family he has abandoned. Granted, he has his reasons for leaving, but spurning Estelle may be the biggest mistake he’s ever made. This sets up Second Chapter pretty nicely: The hunt for Joshua is on, Estelle is ready to become a Bracer, and the villains have started to move their Enforcer pieces. Thanks to the great localization work, Second Chapter’s story is really meaty and full of life. Coupled with Falcom’s insane attention to detail in the lives of the common NPCs, and you’ve got an incredibly deep experience that’s full of minutiae you don’t see in many Western RPGs.

If you played the first Trails in the Sky, then you can import your save data which is going to help you out in the early going. If you’re going in raw, the game takes it pretty easy on you while you get your legs about you in the prologue. But by the end of the first chapter, you’re expected to have the basics down. Combat in Second Chapter doesn’t really vary from the first game, it still feels like a mix of Grandia and a strategy RPG like Disgaea. Characters and enemies are placed in a combat queue and take their turns as they come up. You can elect to simply move to a new spot on the field, move to and attack your enemy, or use the myriad skills that your party members possess. Through the use of skills, you can alter the order of turns, stifle enemy attacks, or cut in the queue by using Craft Points to unleash some powerful attacks that you can use in tandem with other party members.

Then you’ve got the Orbment system, which isn’t too far off from the Materia system from Final Fantasy VII. Each character has an Orbment chart that can be slotted with different orbs that grant stat boosts, increase max hit points, or decrease the costs of arts, which are the equivalent to magic. This is where you can really differentiate your characters and assign them specific roles, though I found it better to make sure everyone had some of the most basic utilities, like the ability to heal other characters, because sometimes this game does like to throw a tricky battle your way every once in awhile, and the boss battles can be a total slog at times. I’m actually really happy that this game allows you to save anywhere, so there isn’t any major ground to make up if you happen to die during a boss battle.

Even with the enemies out there on the field and totally avoidable, I’ve got to recommend taking the time to do a little bit of grinding every now and again just to make sure you’re keeping up with the enemies out there. If there is one bit I have to complain about, it comes from having guest characters in your party who can be killed in one major attack, which causes you to lose the battle outright. I had it happen fairly early on. A boss was at less than one percent of their HP, and they targeted the guest character in my party, wiping them out completely and wasting nearly 20 minutes of battle.

For a PSP game, Second Chapter is a pretty decent-looking game, although it definitely shows it age. I’d recommend going with the PC version if you need something that looks good. Plus, that version is able to receive hot-fixes to some of the bugs that people have run into with the PSP release. 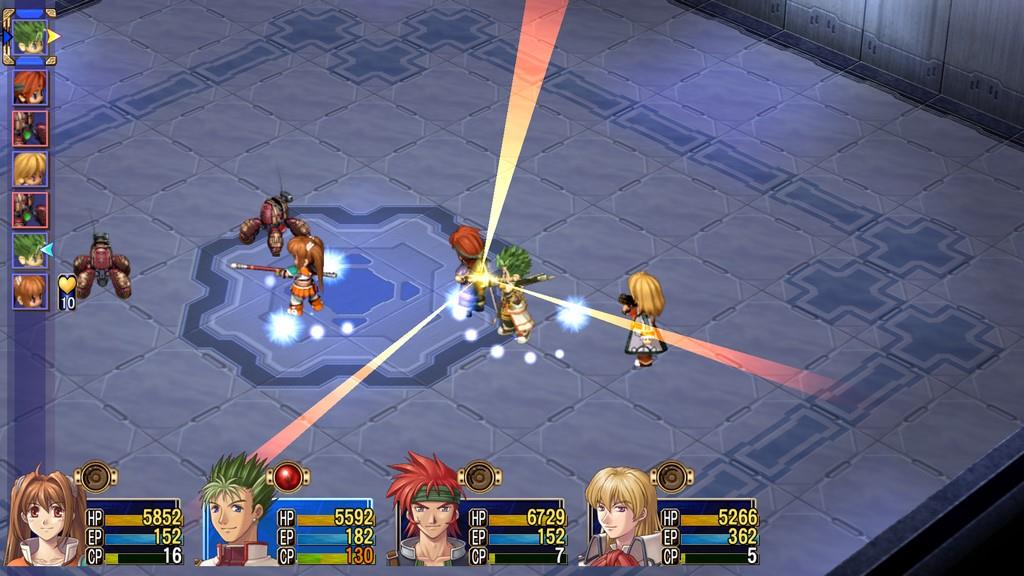 What also really stands out in Second Chapter is the soundtrack. That melancholy start with Joshua’s harmonica really sets the tone for the game as a whole. While there are some lighthearted moments, this game likes to tug at the heartstrings quite a bit, and Estelle is such a likeable and relatable character, making it all the more powerful. Hey XSeed, find a way to get the soundtrack on to iTunes; you’ve got a guaranteed sale here.

Trails in the Sky: Second Chapter is one of the best JRPGs to come out in years. Some have hailed it as the best JRPG released this decade. I’m not quite ready to jump on that bandwagon because there is some stiff competition out there. But I am going to say that Second Chapter is everything people have been waiting for—and then some. This is one of the best JRPG stories, hands down, and it’s a shame that I’ve taken so long to warm up to it. If you’ve still got a PSP, or a Vita that’s collecting dust, then you should check out Trail in the Sky: Second Chapter. It’s got a fantastic balance with it’s well-written story, challenging but rewarding combat, and wonderful soundtrack. It’s a game that should be on everyone’s must-play list, and is definitely a contender for the best RPG released this year.

If you would have told me there was a new PSP game coming out in 2015 that I had to play, I would have called you crazy. But here we are. The Legend of Heroes: Trails in the Sky Second Chapter is a title that you shouldn't miss. Vita, PSP, Playstation TV, and PC provide four different ways you can play this game, so there's no excuse to let it pass you by.